The upriver battle of revitalizing the Wolastoqey language

Like many Indigenous people in his generation, Logan Perley is not a fluent speaker of his traditional language. He explores what needs to happen to change that.

In the spring of 2018, I found myself sitting in a room full of strangers introducing themselves to each other.

I was in New York City for a Global Indigenous Youth Caucus planning meeting before the 17th session of the United Nations Permanent Forum on Indigenous Issues. Most of the people in the room were introducing themselves in their Indigenous language.

As the introductions made their way around the room and came closer to me, I could feel my anxiety mounting. It was my turn.

I introduced myself in English.

Words I've said since I'd learned to speak seemed clunky, and conjured some mixed emotions: disappointment, loss and strangely, shame. Shame that I had lost the words to speak my own Wolastoqey language.

On the trip back to Fredericton, I made a promise to myself; I would begin to focus on learning the language. I wanted to be able to proudly introduce myself in Wolastoqey.

A year later when I returned to the UN, I did.

What seems like a small achievement, in that moment was gratifying. Especially given that it was the International Year of Indigenous Languages.

In realizing that I need to learn my language, I also realized that in language there is identity, and that identity was something I had lost touch with over the years. I needed a re-introduction.

Like many Indigenous people in my generation, I am not a fluent speaker of my native language. It was something I heard my grandmother speak: ckuwi (come here) or wicuhkems kwiss (help yourself, son) when supper was ready. At the time I was usually more concerned with what was on the table rather than the language used to summon me there. As I got older, I became more disconnected from the language.

Wolastoqiyik means people of the beautiful river. Our home territory is along Wolastoq, or what is now known as the St. John River in New Brunswick and parts of Quebec. 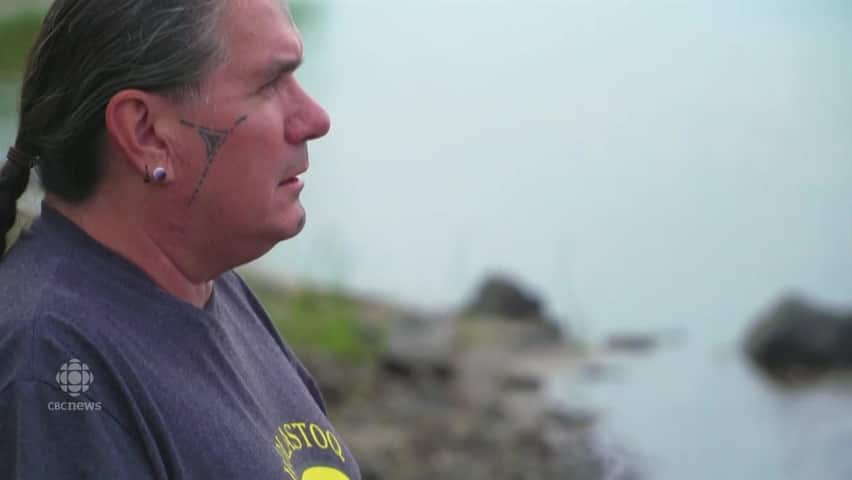 How Wolastoqiyik are working to preserve their language

1 year agoVideo
13:55
Like many Indigenous people in his generation, Logan Perley is not a fluent speaker of his traditional language. He explores what needs to happen to change that. 13:55

According to Statistics Canada, there are roughly 9,000 registered members of the Wolastoqey nation, also known as the Maliseet, spread across seven reserves. Language activists within our nation believe that the number of fluent, life-long language speakers is less than 100.

To better understand the upriver battle of revitalizing the language that my people face, I needed to find out what needs to be done to save it.

The first person I spoke with was Wolastoq Grand Council Grand Chief Ron Tremblay, who had taken me to the United Nations. Tremblay has been a positive influence in my life since he was my high school guidance counsellor. He has been someone who I could look to for teachings in the language and in our culture.

"I think the language is the core of who we are," Tremblay said.

One thing that I've come to learn in my time spent with Grand Chief Tremblay is that with our language comes a whole world view and way of seeing the inner-connectedness of the world around us.

"In 1605, the very first thing that Champlain did was to rename the river, Wolastoq to St. John," Tremblay said.

He said that was a direct assault on the land and our language.

The only year I went to school at Mah-Sos School on my reserve was kindergarten. From Grade 1 onwards, I was in the provincial school system where I learned French as my second language.

"When we surveyed parents about why they're sending their kids to a provincial school versus the band school, one of the main answers was because they can learn French," said Darrah Beaver, director of education for Tobique First Nation (Neqotkuk)

"If I were to singlehandedly say, 'Starting in the new school year, all grades from K to 5 in our band operated school are going to be full immersion, this is what we're going to do and we know it would save our language' … we would lose more than half of our students."

French and English are the official languages in New Brunswick. From the conversations I've had with people, it seems the main deterrence from learning Wolastoqey was the lack of employment opportunities requiring that skill. Many of the older generation believed that their children wouldn't need Wolastoqey language and that French would be of more help to them in the future.

Andrea Bear-Nicholas, professor emeritus and former chair of the Native Studies department at St. Thomas University in Fredericton, said early childhood immersion is what is going to save our language, much like it has for the Maori people in New Zealand.

"This shotgun approach is just going to lead us to our grave in terms of our language."

Hearing the voices of so many who are immersed in language revitalization has given me a newfound sense of responsibility to learn and carry on the language to the next generation before the voices are lost entirely.