One First Nation is preparing to be a major player in Manitoba's cannabis industry and hopes to provide jobs for its members in the process.

One First Nation is preparing to be a major player in Manitoba's cannabis industry and hopes to provide jobs for its members in the process.

"We have entered into all aspects of the cannabis industry — from production, to retail, to medicinal, even into the area of hemp," said Peguis First Nation chief Glenn Hudson.

Peguis has developed relationships with investors Bridging Finance Inc. and Growforce, a turnkey cannabis platform which will help manage the facilities and train workers.

The joint venture plans to open two marijuana retail locations: one at Peguis's urban reserve site in Winnipeg and another in Selkirk. It's also considering opening a cultivation facility in Selkirk.

But the bulk of the expected jobs will come from what's expected to be one of the largest cannabis cultivation facilities in Manitoba. 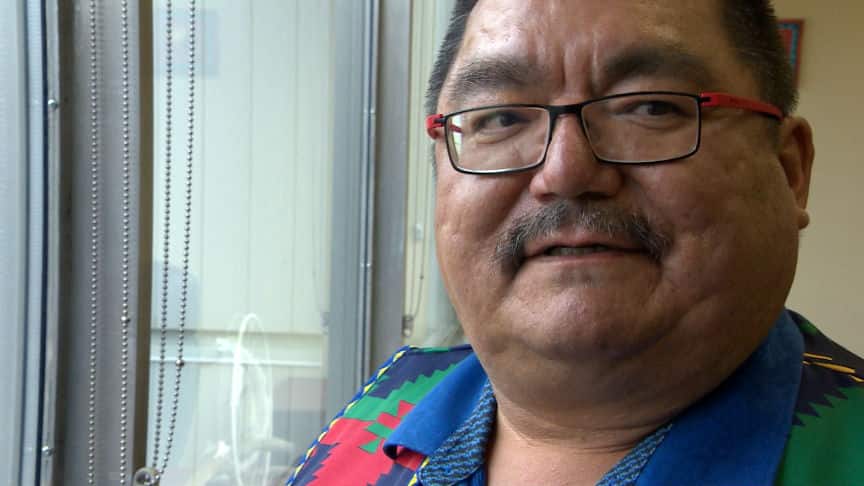 2 years ago
2:40
"We have entered into all aspects of the cannabis industry — from production, to retail, to medicinal, even into the area of hemp," said Peguis First Nation chief Glenn Hudson. 2:40

The joint venture is retrofitting a 120,000 sq. ft. building on Warman Road in Winnipeg that's expected to employ 150-200 people.

Hudson was unable to provide the dollar figure of how much money has been invested into the cannabis ventures, but said they expect to make significant profits.

The facility expects a crop turnover four times a year.

Hudson said there were three consultation meetings with band members from Peguis about the business plan.

At the second community meeting, Hudson said he called for an open vote for people to object to the plans.

"There was probably 300 people in the hall and only two objected to it," he said.

"So I think people are realizing and seeing the opportunity themselves."

One Peguis band member is excited for the potential cannabis revenues.

Brett Doerksen works as a marketer for Ayshkum engineering, a business that is owned by another Peguis band member. He said having an urban reserve in Winnipeg is a big step for the band.

"[Cannabis] could come with tremendous economic growth with the revenue that it brings in," said Doerksen.

While there are still questions that need to be answered regarding taxation, Hudson said they're willing to work with the province and federal government on that.

Hudson said the goal would be to have 100 per cent Indigenous employees working at the cultivation centre and dispensaries.

"Our affirmative action [plan] is to employ our First Nations people, given it's a First Nation company," said Hudson.

Growforce brings the expertise of managing cannabis operations and will train the employees at the Warman Road facility.

"That means we have classes, on-site tutorials and career advancement in career training. So not only are we helping to train a workforce to create jobs but we're creating career advancement and a real long term career progression for First Nations."

The Warman Road facility is expected to open phase one of operations in 2019, with the first group of hires expected this winter.

As of yet, the community is still undecided if there will be a marijuana retail store on the First Nation itself, but it is something that Hudson said they are considering.