Indigenous Services Minister Jane Philpott says her department would immediately move to increase funding for First Nation child welfare services after another compliance order from the Canadian Human Rights Tribunal found the federal government fails to grasp the “seriousness and emergency of the issues.”

The tribunal issued its fourth compliance order against the federal government Thursday morning, again finding that First Nation children continue to face discrimination as a result of inadequate funding for child welfare services.

"While the necessity to account for public funds is certainly legitimate, it becomes troubling when used as an argument to justify the mass removal of children rather than preventing it," said the ruling. "There is a need to shift this right now to cease discrimination."

The tribunal also ordered Ottawa to enter into a consultation protocol with the Assembly of First Nations, the Chiefs of Ontario, Nishnawbe Aski Nation and the FIrst Nations Child and Family Caring Society.

The tribunal ruled in January 2016 that Ottawa discriminated against First Nation children by underfunding child welfare services. The tribunal ordered Canada to immediately overhaul the system and increase funding.

Ottawa moved quickly to respond to some of the tribunal's orders.

Philpott told reporters in Ottawa that officials sent letters Thursday morning to 105 First Nation child welfare agencies informing them that Ottawa would be funding their "actual costs" for prevention, intake legal fees, building repairs and other associated costs. Philpott said the department would also cover these costs retroactively to Jan. 26, 2016. 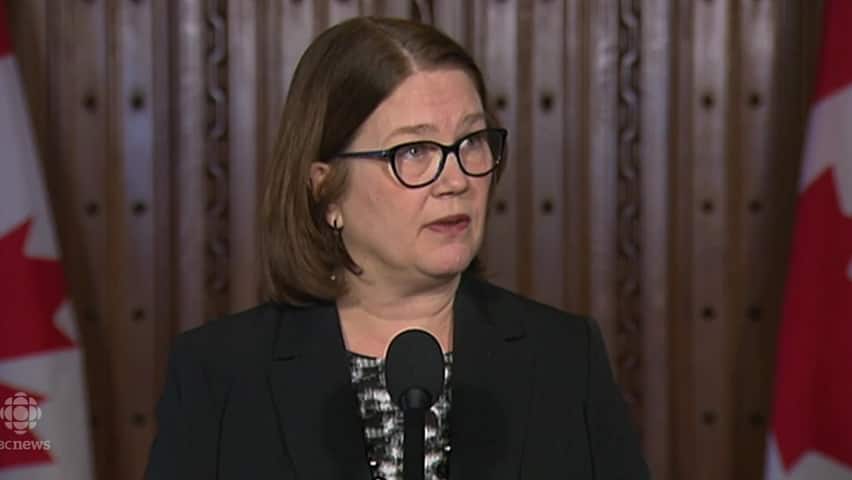 3 years agoVideo
2:36
Minister of Indigenous Services Jane Philpott says she has advised all 105 First Nations agencies that the government will immediately begin to cover costs for things like prevention, intake and investigation, and legal fees. 2:36

Ottawa is also moving immediately to comply with the order on funding First Nation children and youth mental health services in Ontario.

"We absolutely welcome the decision of the tribunal," said Philpott. "We have taken action immediately on the orders."

She said more funding for First Nation child welfare services would be included in the upcoming federal budget.

First Nation children's advocate Cindy Blackstock called the ruling "another complete victory." Blackstock, with the support of the Assembly of First Nations (AFN), filed a human rights complaint in 2007 that led to last January's ruling.

"The tribunal found that Canada's focus has been on financial considerations and not the best interests of children," said Blackstock, who heads the First Nations Child and Family Caring Society. "The government has treated some of the tribunal's rulings like recommendations. They are not recommendations; they are legally binding."

Nishnawbe Aski Nation Grand Chief Alvin Fiddler said in a statement he was pleased the tribunal found that Ottawa's "business as usual approach" was a "conscious choice to perpetuate discrimination." Fiddler said the tribunal had "broken new ground in raising the bar."

"This is still a short-term remedy. We need to work together with Canada and Ontario towards a long-term plan to bring our children back to their communities and back to their families," said Abram, in a statement.

The tribunal's ruling took issue with Canada's perceived focus on holding meetings and negotiations with provinces and First Nations before moving to implement serious changes.

Philpott held an "emergency meeting" last week with provinces and Indigenous representatives on child welfare that ended with the provinces' refusing to sign off on a final statement that had been circulated before the gathering.

All the parties involved in the case — Ottawa, the First Nations Child and Family Caring Society, the AFN, the Chiefs of Ontario and Nishnawbe Aski Nation — on Dec. 18 were provided an advanced confidential copy of the ruling to allow for consultations and suggestions.

During this process, Ottawa sent a letter to the tribunal indicating that "Canada is fully committed to implement all the orders in this ruling and understands that its funding approach needs to change."

The tribunal said it was "delighted to read Canada's commitment and openness" and it was "very encouraging and fosters hope to a higher degree" that the ongoing discrimination would soon end.

"When we successfully shift the focus from the apprehension of children from their families toward preventing the apprehension and the reunification of families that is, in fact, what the tribunal describes as a channel of reconciliation," said Philpott.