The author of the Boogidi book and card game is hoping 'the funniest verb in Ojibway' will encourage young people to learn the language.

The author of an Ojibway book and card game is hoping potty humour will encourage young people to learn the language.

"I wanted to make the kind of book that a kid would want to read over and over again and laugh," said Dawnis Kennedy, co-author of the Boogidi book.

In Ojibway, "boogidi" means "he or she farts."

Kennedy is from Roseau River and is the community connections co-ordinator at the Manitoba Indigenous Cultural Education Centre.

She considers herself a lifelong student of Anishinaabemowin (Ojibway language). While she was in an intermediate Ojibway language class with her mentor Roger Roulette, she and her relative Anna Parenteau came up with the idea for the Boogidi book.

"My son thinks a lot of his Ojibway books are boring," said Kennedy.

"His favourite book was Everyone Poops… So we came up with what I thought was the funniest verb in Ojibway, the boogidi — he or she farts."

Kennedy and Parenteau have been working on the book for three years, and the card game for the last two years.

Both Kennedy and Parenteau work at the Manitoba Indigenous Cultural Education Centre, which offers cultural and language programming in the community. They host weekly language nights and have used the classes as an opportunity to teach visitors how to play the game.

"The conversational stuff is really challenging to me. I'd take [classes] all the time and then I'd drop out as soon as we got to verb conjugation." 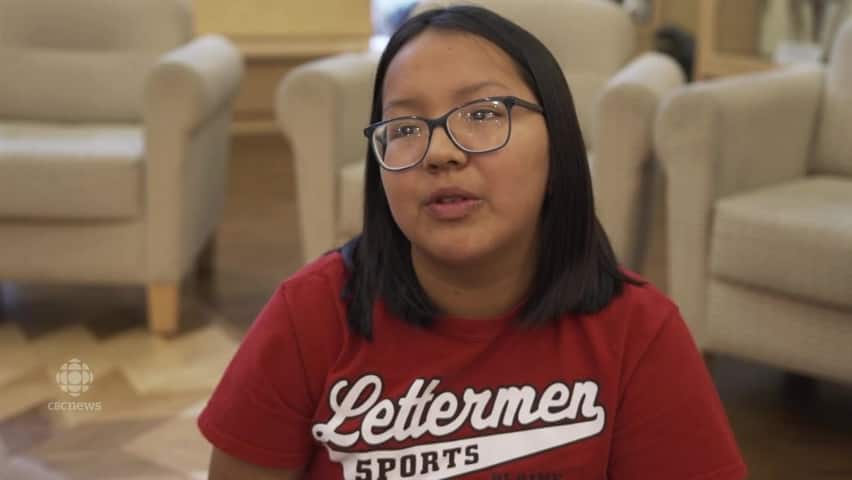 1 year agoVideo
1:45
The author of an Ojibway book and card game is hoping potty humour will encourage young people to learn the language. 1:45

She said the best thing about the book and card game is that it teaches language learners of any skill level how to think quickly in the language and how to conjugate verbs. The game can teach learners over 100 variations of passing wind in a sentence, such as using past and future tenses and negatives.

Kennedy wasn't just thinking of young people when she created the book and card game. She is hoping that everyone in the family can pick up the game and have fun with it, including teachers, teenagers and elders.

She said it can be challenging for students to get better at speaking because there aren't enough speakers around to be fully immersed in the language.

The book and card game will also be available in Cree and is called the Pwekitow book.