Maine State Police say they are investigating claims by the nephew of a Mi'kmaw woman who vanished in the state more than 20 years ago that he knows she was killed and the people who did it.

Nephew says in Facebook message he knows Mi'kmaw woman's killers, says 'nothing left to be found'

Maine State Police say they are investigating claims made by the nephew of a Mi'kmaw woman who vanished in the state more than 20 years ago that he knows she was killed and the people who did it.

Virginia Pictou Noyes, a 26-year-old mother of seven, vanished at about 1 a.m. on April 24, 1993, from a hospital in Bangor, Maine. There was a reported sighting of her later in the early morning hours using a pay phone and then walking north across the parking lot of a truck stop near Houlton, Maine, which is 200 km north of Bangor.

She is still classified as a missing person by Maine State Police.

Pictou Noyes's family, who originate from Membertou First Nation near Sydney, N.S., have searched for her in vain ever since.

On Nov. 1, during hearings held in Membertou by the national inquiry into murdered and missing Indigenous women and girls, Pictou Noyes's father, two brothers and sister testified that they believed she was killed.

Days before the family testified, Pictou Noyes's brother Francis Pictou received copies of a Facebook conversation that appeared to support the family's belief.

The conversation involved Pictou Noyes's nephew Ryan Noyes, who suggested he knew three people, including his father, were involved in her killing. Ryan Noyes said a car connected to the killing was burned inside a barn in Easton, Maine, 20 years ago.

Ryan Noyes is the son of Roger Noyes Jr., who died in 2009 and was the brother of Pictou Noyes's husband.

"I don't think there is anything left to be found," said Ryan Noyes, according to a copy of the Oct. 30 exchange which was provided to CBC News.

When CBC News contacted Ryan Noyes, who lives in Presque Isle, Maine, he declined an interview.

Gardner said he is aware that "a location is related" to Ryan Noyes's messages. He said police have conducted searches for Pictou Noyes's remains "in the last few years," but would provide no additional information.

Gardner said he couldn't discuss details of the case because it's still ongoing.

"We have looked at this information to see if it's consistent with anything we have investigated so far," he said.

Ryan Noyes made the claims in a conversation with Jaime Lee Owens, also of Presque Isle.

Owens grew up around Virginia Pictou Noyes's family in Fort Fairfield, Maine. She started a Facebook group called The Search for Virginia Sue Pictou Noyes in 2011 that reignited interest in the case and triggered a flood of fresh tips and rumours about what happened.

Owens heard that Ryan Noyes told a friend he knew about the killing. She decided to approach him the same week the family was set to testify at the inquiry.

She sent him a "wave" on Facebook and Ryan Noyes waved back. Then she asked him what he knew and he told her three people were involved in Pictou Noyes's killing.

"It was kind of awkward," said Owens.

For Owens, who has participated in searches and at one point secured a cadaver dog to sniff-out one location, the claim seemed to tie a lot of loose ends together for her.

"The whole fact that it is real has got me beside myself because it is happening so fast," she said.

Francis Pictou said he has spoken to the Maine Attorney General's office about the Facebook messages. He said an official told him Ryan Noyes made a similar confession to state police a couple of years ago and investigators conducted a search of the location mentioned in the Facebook conversation.

Francis Pictou said the official told him state police intend to interview the remaining members of the Noyes family about the case.

"They plan to interview everybody that plans to come forward," he said.

Francis Pictou said he is "hopeful" the Noyes family will come forward and something tangible will come of this latest uptick in the investigation.

He said he would like state police to give his family the location that was recently searched.

"We are not going to give up on that site," he said.

"We want to follow up on that location where it was stated they torched the car."

"We followed up leads that we could, a body was never found and there was never enough evidence to arrest anyone," he said.

Madore said Pictou Noyes's husband Larry Noyes was a suspect and that his brother Roger Noyes Jr. was a person of interest. He said Larry Noyes underwent a polygraph test.

"To the best of my recollection ... he was not truthful in his responses," said Madore.

Larry Noyes has faced accusations throughout the years that he was involved in the disappearance of Pictou Noyes. He has denied responsibility in the past.

In a December 2011 post on the Search For Virginia Sue Pictou Noyes Facebook page, Larry Noyes said his wife left a note before she disappeared.

"The note said: I am leaving April or August 1993 and I'll be back when my children turn 18," wrote Larry Noyes.

"Ask James Madore for the letter, he was the head detective of my wife's disappearance."

"In my opinion, Virginia disappeared at the hands of Larry, but that's my opinion only. If I'd had the evidence to arrest Larry I would've. Everything pointed toward Larry."

In a 1994 interview with the Bangor Daily News, Larry Noyes also denied any responsibility.

"They said I hit Virginia, which I never did," he said, in the newspaper interview.

"Everyone thinks I killed her. Let them think what they want; I know what is true."

Maine State records show Larry Noyes has a long history with the law that stretches back to 1985. He was last convicted in 2013 of domestic assault and sentenced to 90 days.

In 2011 he was charged with domestic violence terrorizing, but the charge was dropped after he pleaded guilty to violating a protective order, for which he was jailed for 95 days.

They killed the 'Dragon Lady'

During their testimony at the inquiry, Virginia Pictou Noyes's family said they believe she was killed by two men who said during a party after her disappearance that they had killed the "Dragon Lady."

News stories and the family's testimony, which was partly based on a police report, are clear about the events that led to her disappearance.

Pictou Noyes was admitted to the hospital on the night of April 23, 1993, after she was severely beaten by her husband Larry Noyes and his brother Roger Noyes Jr. outside of a Bangor bar, the family testified during the Nov. 1 inquiry hearing.

Robert Pictou testified that his sister had travelled to Bangor with Larry Noyes and Roger Noyes Jr. They were in town to visit the Noyes brothers' father. Robert Pictou said there was a dispute inside the bar and Pictou Noyes started walking toward the door to leave.

"Larry ran up behind her and jump-kicked her out the door," Robert Pictou testified.

Bangor police were eventually called to the scene and Larry Noyes was arrested and charged in connection with the incident. Noyes was released on bail that night., according to the 1994 story in the Bangor Daily News. Roger Noyes Jr. was also charged and received a summons to appear, the newspaper said.

The charges were dropped after Pictou Noyes vanished, according to the family's testimony and reports in the Bangor Daily News. 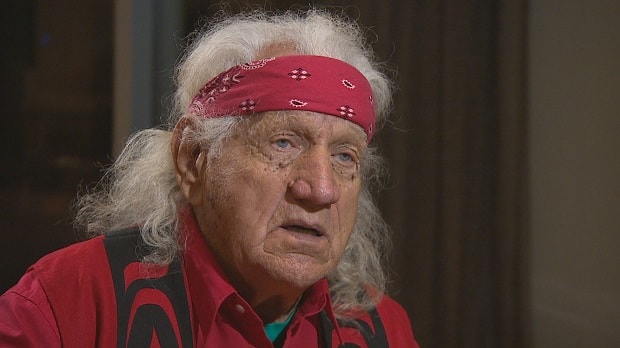 'The hurt is still there': Robert Pictou wants to find out what happened to his daughter

For more than 20 years the family has searched for her remains, chasing phantom leads, wading through swamps and having their hopes dashed.

"She was seen here, she was seen there," said Robert Pictou during his testimony.

"Imagine losing a loved one and then discovering that she is alive and you go and check it out and find out that someone stole her identity. Yeah, that is what happened."

Virginia Pictou Noyes had a total of seven children, but two of her children died in a house fire three years before her disappearance.