Mi'kmaq-designed software that blends 3D modelling, laser scanning and environmental data is being developed to help communities in the Atlantic region prepare for the potential catastrophic results of climate change.

Mi'kmaq-designed software that blends 3D modelling, laser scanning and environmental data is being developed to help communities in the Atlantic region prepare for the potential catastrophic results of climate change.

The simulations play out over 3D representations of real communities and use accurate geographic measurements, which could help communities plan for the worst.

"We can give them the ability to raise and lower water levels ... allow them to set fires and control the wind speed and  direction, to see what's at risk," said 3D Wave co-founder Barry Stevens, a member of Acadia First Nation in Nova Scotia. 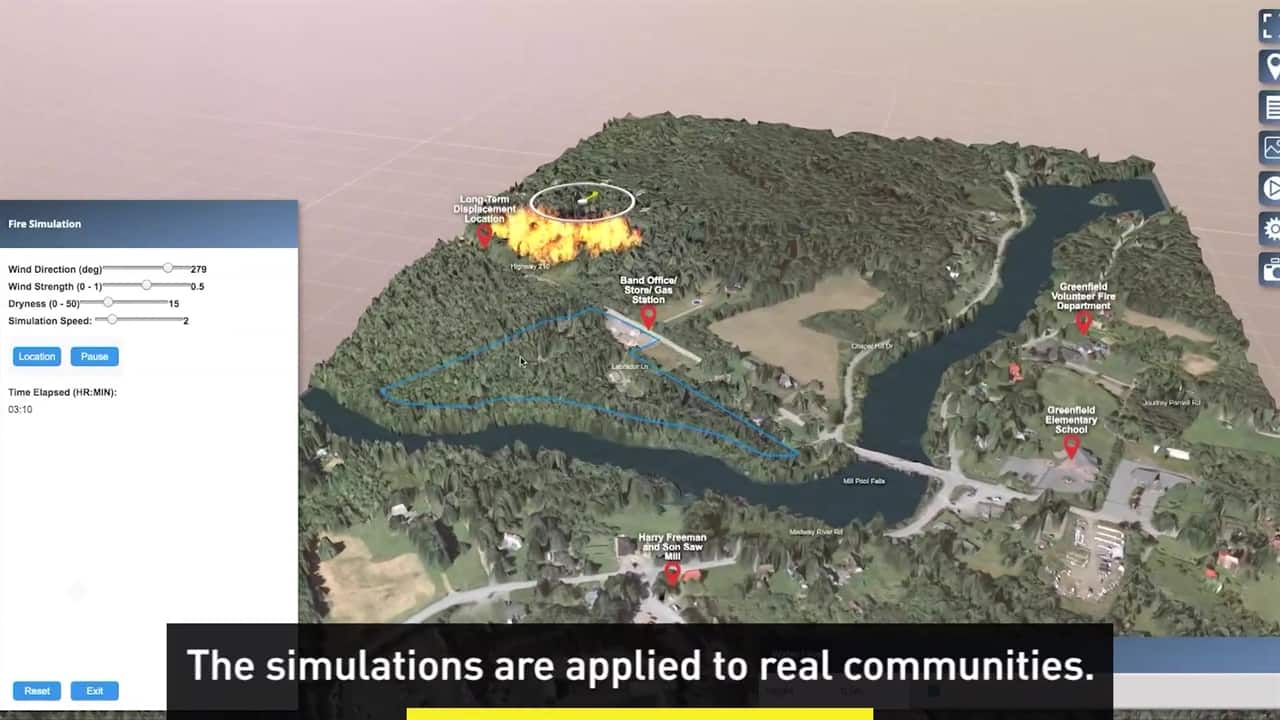 11 months agoVideo
3:01
Mi'kmaq-designed software that blends 3D modelling, laser scanning and environmental data is being developed to help communities in the Atlantic region prepare for the potential catastrophic results of climate change. 3:01

Stevens said being able to visualize what could happen to a community as a result of climate change can shape a person's commitment to prepare for it, or stop it. It's a perspective he's had since he was young, he said.

"When I grew up I had a trap line, I hunted and fished ... I was very much an outdoors person," he said.

"I knew something was happening even before this climate change became a formal thing. Now I'm asking, why aren't people taking this seriously? Why is there no action?"

"When you actually see the water at a particular height around the base of a house, that can sort of commit them to action. And also, if they're looking at areas of interest that are being impacted, [they] can think about plans for mitigation," he said.

Noah Stevens said the unique part of the software is the interpretation and simplified visual translation of all of the complex data.

He uses reference points gathered by aircraft-mounted laser (or lidar) technology, layers it in a 3D space with satellite imagery, and then programs the conditions of water, wind and fire.

"We take all of the engineering studies and reports that have been done, we read it, we digest it, we put it back in the application," Noah Stevens said.

The application, which he said can operate on most average mobile and desktop devices, also incudes links to emergency preparedness resources and educational material.

"Knowing that our technology and our application could help people mitigate the effects of climate change and understand the risk that's involved makes me really happy, because it helps people actually do something about it instead of just talk about it."