A group of Métis jiggers from Manitoba are keeping connected by putting their own spin on a new social media trend.

A group of Métis jiggers from Manitoba are keeping connected by putting their own spin on a new social media trend.

The trend, which is often found in videos on the app TikTok, involves users covering their phone camera with a makeup brush and then pulling it away, revealing their new outfit, makeup styles or in some cases traditional regalia and dance styles.

Sanderson said she and her children, Gracyn and Gifford, who live in Dauphin, Man., but are originally from Duck Bay, Man., were inspired to showcase the style and skill of the dance groups in their local Métis jigging community. 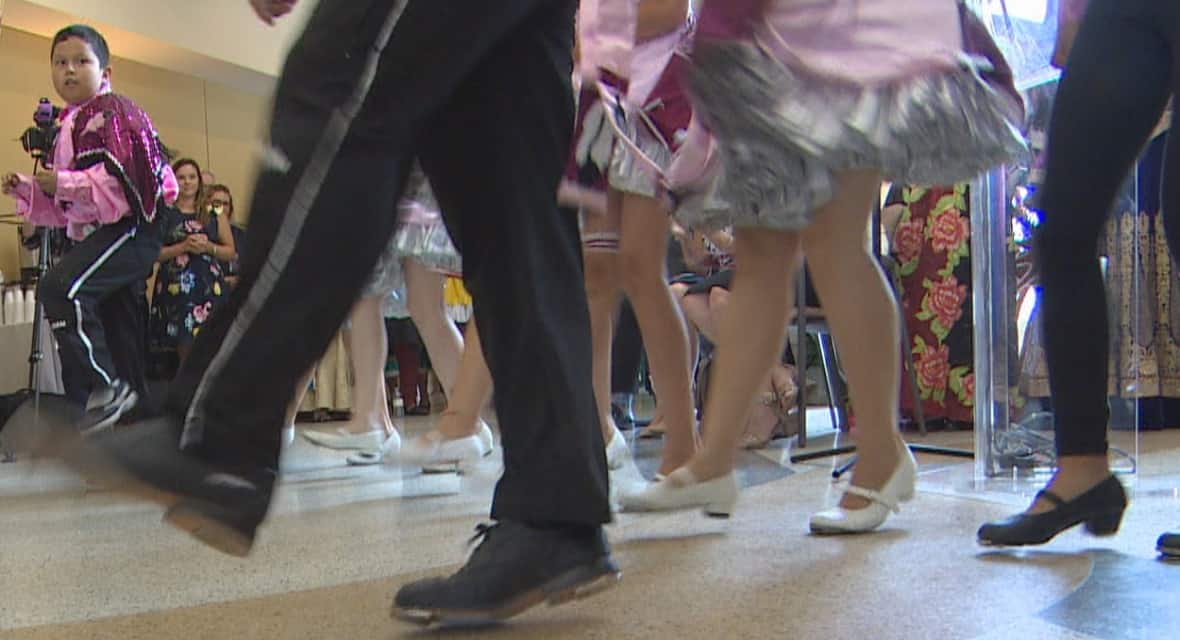 Métis dancers put a spin on a social media trend

The groups had been busy travelling to performances and competitions when public health orders related to the COVID-19 pandemic lead to cancellations and postponements.

"It just came to a standstill and it was a bit of a shock," she said.

Sanderson said she put the call out to their jigging friends for their videos, reached out to a local musician for permission to use their fiddle tunes, and downloaded an app to edit it all together. It took them most of a day, she said.

She said she even delivered her daughter Gracyn's old dancing outfits to community children who didn't have access to their own because of the public health orders.

"I delivered them without making contact and just left them outside. I didn't want them to feel left out," she said.

Sanderson said it was important for people to understand they can be creative and have fun while physical distancing, and to keep in mind that the community will be able to dance together again.

"I just want people to hang in there," she said.