CBC News spoke with University of Saskatchewan professor Marilyn Poitras to learn why she stepped down resigned as head of the federal inquiry into missing and murdered Indigenous women and girls, and what she hopes for its future.

'My main concern is that this commission is going down a tried road,' the Saskatchewan prof tells CBC 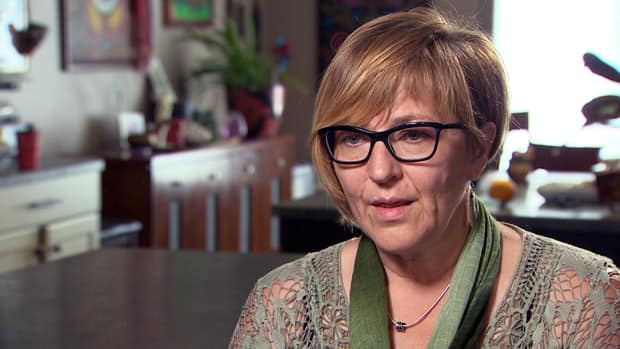 Marilyn Poitras on why she resigned as MMIWG commissioner

3 years ago
1:21
It was a combination of issues with the inquiry's current structure and the negative impact on the staff, Poitras says 1:21

When Marilyn Poitras, a Métis professor at the University of Saskatchewan, became a commissioner for the national inquiry into missing and murdered Indigenous women and girls about 10 months ago, she felt like it was the beginning of a healing journey.

However, she resigned on Tuesday, citing issues with the "current structure" of the inquiry, which is set to get underway this fall.

CBC News spoke with Poitras, one of five inquiry commissioners named by the Liberal government, to learn why she stepped down and what she hopes for its future.

Why did you resign? What were your concerns?

"My main concern is that this commission is going down a tried road. We've been studied, we've been researched, we've gone and looked at Indians, and half-breeds and Inuit people for a long time to see what's the problem.

"You tell us your sad story and we'll figure out what to do with you. And we're headed down that same path. And if it worked, we would all be so fixed and healthy by now. It doesn't work.

"And so how do we change the trajectory of this commission and get it to go down a path where people in the communities are included in that resolution and that solution finding? And I couldn't see that happening with the hearing processes."

Why do you think the commission isn't connecting with the Indigenous community?

"Because this model that we're using has legal counsel driving it with an old traditional commission model of setting up hearings.

"The traditional colonial style says: You go in, you have a hearing, people come and tell you their problems and you figure it out.

"We had a new person join the team and one of the early questions she asked was, 'OK, this should be a community-driven process from everything I've read — sort of pre-inquiry information, terms of reference and that kind of thing.'

"How are we going to get that information about what to do in those communities if we aren't asking the questions about what those roots of systemic violence are? If you go back to the Whitehorse hearings and you look at sort of the information that was coming out of it ... were we getting that information? Is that what that line of questioning is designed to do? I didn't see that."

What needs to change about the inquiry process or how commissioners operate?

"The consensus based-model was resulting in taking too long to make decisions. And I wasn't in favour of it.

"Having a majority rule means there's a minority. And as an Indigenous person, being a minority is usually a problem.

"And so I was often the one that was the minority in that voting.

"We were disagreeing on — for example — the rollout of the hearing schedule.

"I want to put the family hearings and the institutional hearings and the expert hearings all in sequence and see where we going to go. Who are we going to hear from? How is this going to roll out? And I wanted budgets attached to each of those. I didn't have all of that information, and so I wasn't prepared to go ahead with that. I was really concerned about the fact that we weren't going to hit every jurisdiction."

Is the inquiry doomed to fail?

"If your expectation is hearings and families telling stories, that's not failure, that's success. Justice systems and commissions and inquiries and inquests are set up to do certain things and if they do what they're set up to do then you can't be disappointed by it. Police look for people who have committed crimes and they put them through a criminal justice process and they end up in jail or not... that's the way that system works.

"So if it's a commission set up for hearings, to hear family stories, it's going to be successful.

"But it's not going to get at the roots of systemic systemic violence. I don't know how it's going to do that."

Note: This interview had been edited for length and clarity

With files from Lindsay Rempel