Community members from Maniwaki, Que., are tuning into online cooking classes to keep up their spirits, stay connected with each other and learn new recipes.

Cooking 'brings people together and I love that,' says chef Justine Deschenes

Community members from Maniwaki, Que., are tuning into online cooking classes to keep up their spirits, stay connected with each other and learn new recipes.

Shannon Whiteduck-Ojick, a member of Kitigan-Zibi Anishinabeg living in Maniwaki, said she's adjusted to life during the pandemic but still feels isolated and misses having big dinners with her grandma.

She registered with the Maniwaki Native Friendship Centre for the Facebook live classes that began Jan. 21 and was told spots were filling up fast.

"It's called Collective Kitchen and I feel like that's really suiting because it gives me a sense of belonging," she said.

She said she finds the classes interactive, fun and light and said Chef Justine Deschenes is amazing at what she does.

"After the class is done I feel very grounded and wholesome."

Deschenes said she has been cooking for practically her entire life and got started baking bread with her grandmother as a child, going door to door with her grandfather to sell it.

"I've always had a love for the kitchen," said Deschenes, a member of Kitigan Zibi Anishinabeg.

She worked in a number of kitchens while growing up and attended culinary school at Algonquin College in Ottawa. She said her favourite thing about cooking is how food is such a huge part of her culture.

"It brings people together and I love that," she said.

Deschenes was running a sandwich counter out of one of the local gas stations, but had to shut it down because of the COVID-19 pandemic. She was approached by Leigh Ann Cote, the family wellness co-ordinator with the Maniwaki Native Friendship Centre, about doing online cooking classes. 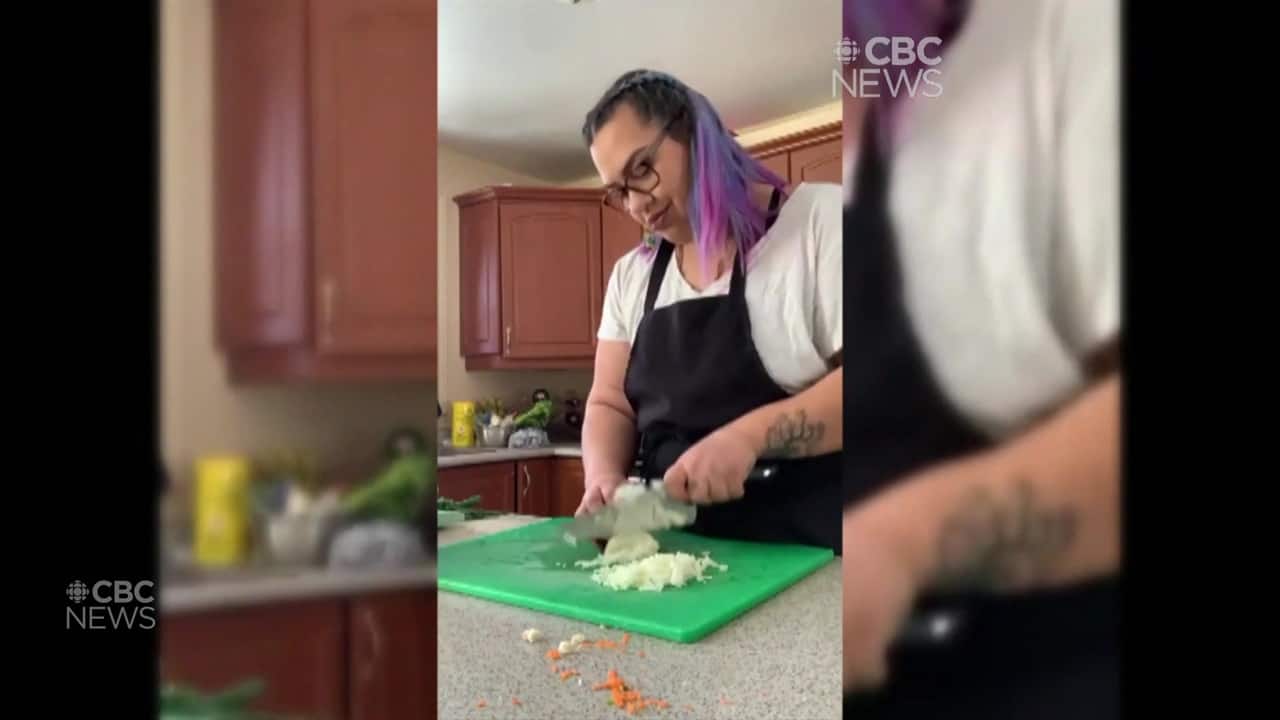 22 days ago
1:01
Community members from Maniwaki, Que., are tuning into online cooking classes to keep up their spirits, stay connected with each other and learn new recipes. 1:01

"We noticed a lot of people had interest in it because they're at home . . . and we wanted to keep them active and socializing with everyone," said Cote, who is also a member of Kitigan Zibi.

She said there have been 20 regular participants who receive weekly food boxes with all the ingredients needed for the online class.

"We're having a lot of good feedback, cooking with their families, and getting kids involved, so we're reaching out to different ages and new clients and participants," she said.