The Mohawk community northwest of Montreal is growing produce, including cucumbers, Swiss chard, onions, tomatoes, lettuce and peppers, as part of a food security pilot project.

'We know there’s a need to get fresh produce to our community,' says Mohawk Council chief

Throughout the course of the summer, a group of dedicated gardeners in Kanesatake, Que., have been rising with the sun to weed, water, and tend to dozens of garden beds with growing vegetables.

It's called the Gardens of Hope, a pilot project launched this year in the Mohawk community northwest of Montreal to promote food security.

"I believe that it's important to feed ourselves properly," said Karyn Murray, the eco-agriculture officer at Kanesatake Business and Economic Development, who oversees the project.

"I appreciate the opportunity to be able to teach these young ones that are working with me this summer about food security, about growing your own food, and what you could use as different methods rather than turn to pesticides."

Everything in the garden is grown organically.

Martin Gabriel is among the group of the gardeners. It's the first time he's ever worked in the field — literally.

"I never thought I would love it, but I do. It's fun being with nature, knowing that you're growing stuff and making life," he said.

Gabriel said it's been a rewarding experience.

"It's fulfilling with the fact that we're helping people. It's very important. We need food."

Four months ago, the plot of land used for the garden was an abandoned corn field but now it has bushels of produce, including cucumbers, Swiss chard, onions, tomatoes, lettuce and peppers, growing across dozens of 60-metre beds.

Garry Carbonell, a chief at the Mohawk Council of Kanesatake, said a food security project is needed in Kanesatake, especially when it is surrounded by Quebec farms.

"If you look around us, this is an agricultural belt. We have Les Jardins Vegibec, they have fields. Large, large fields," said Carbonell.

"We know there's a need to get fresh produce to our community. Not just to our elders, but our community, and this is the beginning."

What is harvested goes straight to the food bank that is run by the community's Emergency Response Unit to assist elders and those in need with groceries during the ongoing coronavirus pandemic.

Carbonell said the goal is to help feed 250 people with fresh produce in addition to the basket of non-perishables they receive.

"It's wonderful. You go to the store, there's all kinds of chemicals and things to preserve it. Here, it's just mother nature at her best," he said. 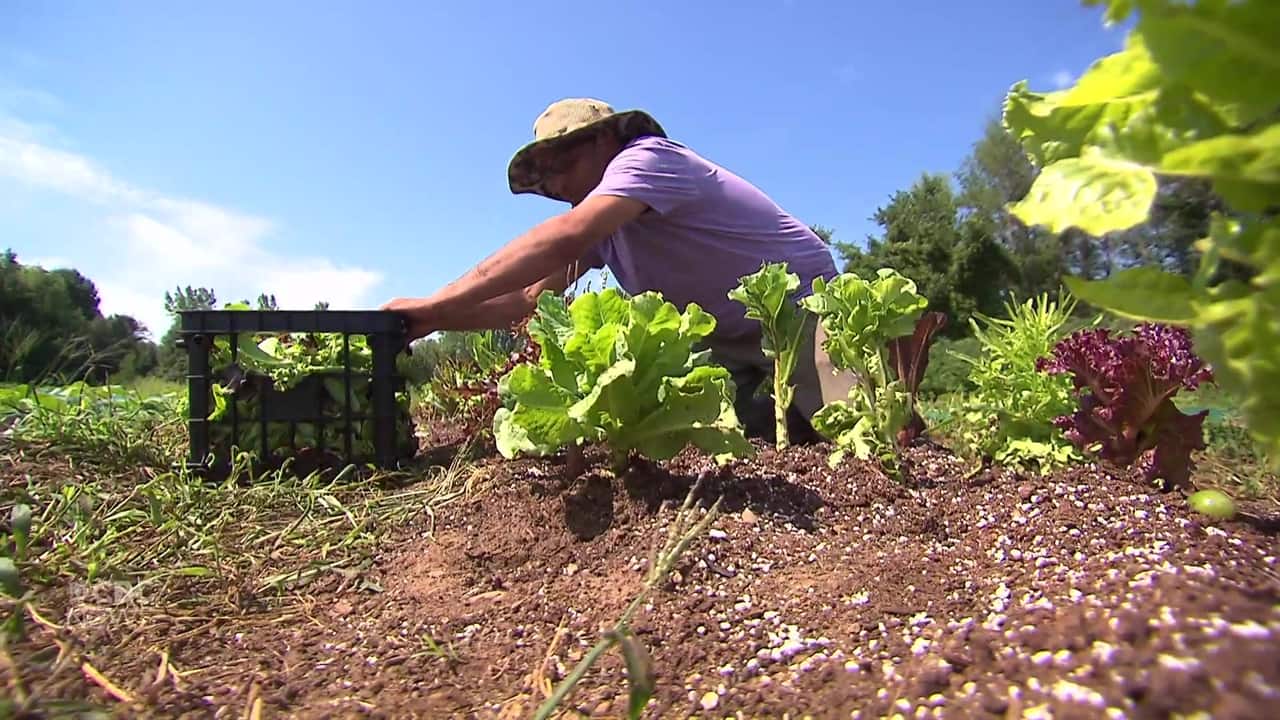 3 months ago
1:36
The Mohawk community northwest of Montreal is growing produce, including cucumbers, Swiss chard, onions, tomatoes, lettuce and peppers, as part of a food security pilot project. 1:36

He said limiting the risk to elders from the virus by providing produce so they don't have to leave the community for groceries was another consideration as a result of the pandemic.

"Delivering these foods slows down our people's exit to the larger markets outside of the community," he said.

"By receiving these baskets of food, we're helping contain COVID by staying within our community."