The national inquiry into murdered and missing Indigenous women and girls has received more time from Ottawa to complete its mandate, but not as much as it initially requested.

The inquiry was seeking an additional two years and an extra $50 million. Instead, it got an extension for writing its final report to April 30, 2019, and an additional two months to wind down its operations by June 30, 2019, Crown-Indigenous Relations Minister Carolyn Bennett announced Tuesday.

The inquiry was originally scheduled to submit its report on Nov. 1 of this year and wrap up its operations by the end of this December.

Inquiry commissioner Michèle Audette issued a statement saying she was gripped by a feeling of "incomprehension and deep disappointment" after Ottawa's decision. Audette said she would now contemplate her future with the inquiry.

"I will allow myself the next few weeks to reflect, to analyze the decision, to express my personal opinion and to validate my future participation in the work of the national inquiry," said Audette.

Audette's statement surfaced about two hours after the three other commissioners issued a joint release on behalf of the inquiry. 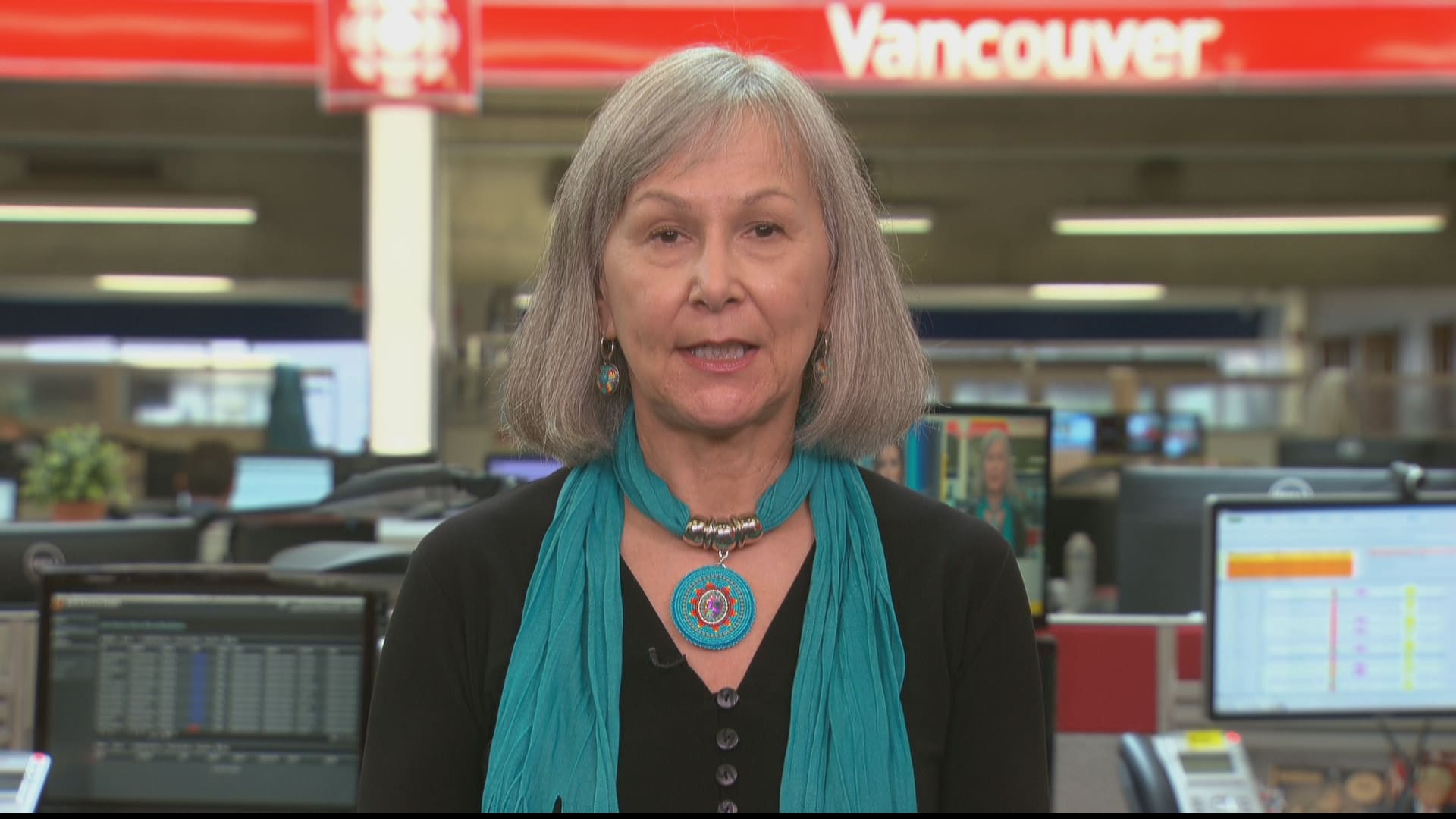 'I was very very disappointed'

3 years ago
7:10
Marion Buller, Chief Commissioner of the Inquiry into Missing and Murdered Indigenous Women and Girls, joins Power & Politics to discuss the federal government’s decision to only grant the inquiry a 6-month extension. 7:10

"We don't have the loss of a commissioner, that is not something we have to deal with today," said Buller. "I think her own statement clarifies that she needs some time to think and to process the decision and we are respecting her decision."

Earlier in the day, Buller said she believed "political expediency" trumped "the safety of Indigenous women and girls" and drove the government's decision.

Commissioner Qajaq Robinson said the limited extension will prevent the inquiry from holding regional hearings with institutional and expert witnesses along with those who have direct knowledge of and experience with the issues the inquiry is meant to be tackling.

"The timeline severely limits the capacity of the national inquiry to adequately engage those who have been marginalized due to incarceration, homelessness or human trafficking and those who are currently living in violent circumstances," said Robinson, in the statement.

According to Ottawa, there was little it could do to grant the requested two years. 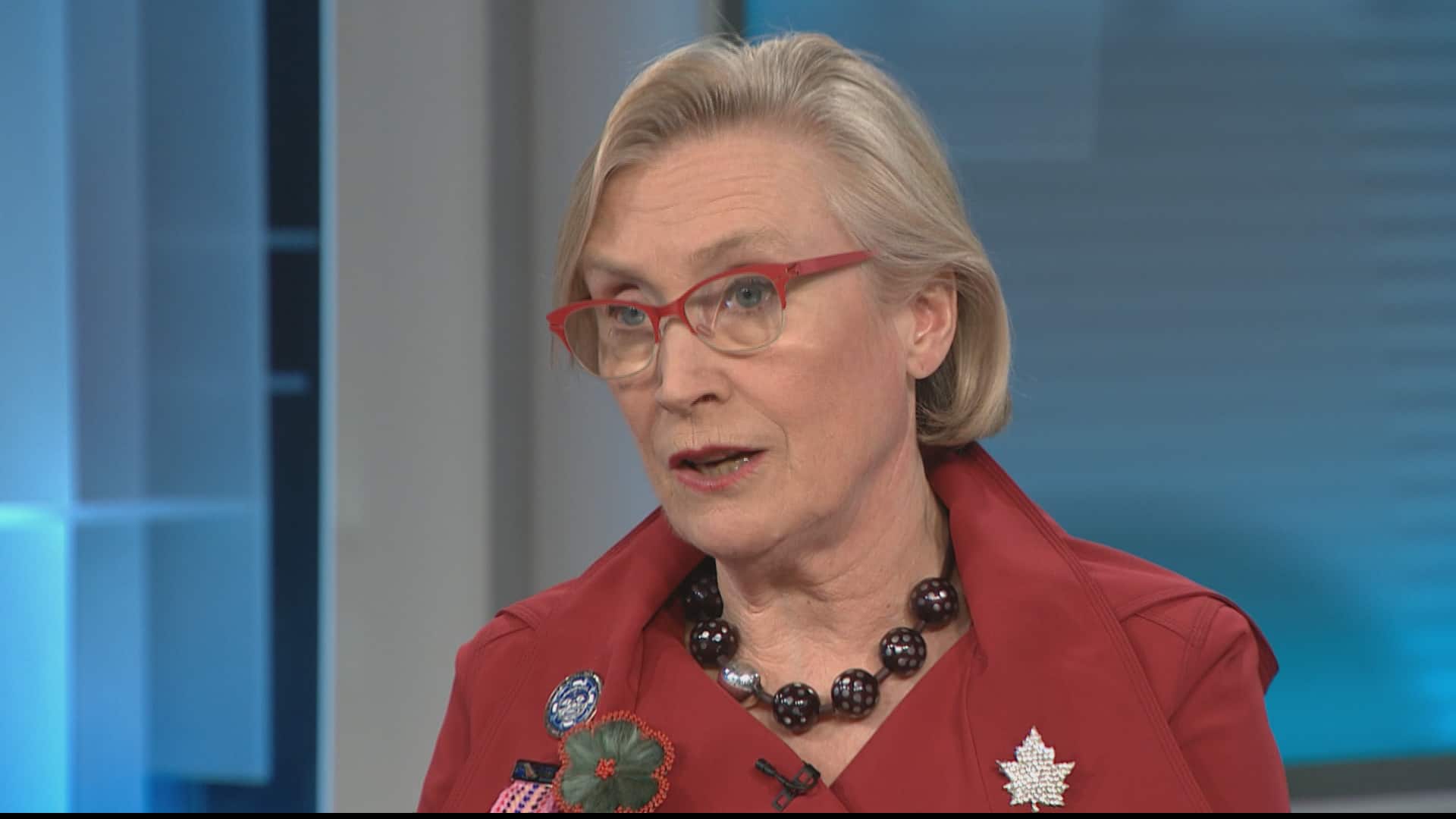 3 years ago
9:07
Crown-Indigenous Relations Minister Carolyn Bennett joins Power & Politics to discuss why the government has only granted a 6-month extension to the Inquiry into Missing and Murdered Indigenous Women and Girls. 9:07

Bennett said the extension, which will essentially provide the inquiry more time to write its final report and hold hearings until the end of the year, was a "creative solution" to a lack of consensus among provinces on whether to extend the inquiry.

Bennett said some provincial governments — which she didn't name — did not want to pass the orders-in-council needed to extend the inquiry's powers beyond their current sunset on Dec. 31.

The inquiry has the power to issue subpoenas anywhere in the country as per orders-in-council passed by Ottawa and every province and territory.

"We asked [the provinces and territories], and they had different reasons [for not wanting an extension]," said Bennett, during a press conference Tuesday. "Some, it was electoral cycles … some went directly to their families and asked their families what they thought and came back to us."

Bennett said the federal Liberal government also wanted to leave itself enough time to respond to the inquiry's final report before next year's federal election.

Ottawa provided the inquiry with an initial $53.8 million. Bennett said any additional funds to cover operating costs during the extensions would be sorted out through discussions between Ottawa and the inquiry.

Laurie Odjick, a member of the National Family Advisory Circle, told CBC News she believed the Liberal government set up the inquiry to fail. Odjick said family members had criticized the initial decision to only give the inquiry two years to do a massive amount of work.

"I am extremely disappointed," said Odjick, whose daughter Maisy Odjick has been missing since 2008.

"Carolyn Bennett was always a big supporter of the national inquiry and once [Prime Minister Justin Trudeau] gave her a seat where she is sitting now, we don't really matter. Today, she has proven that."

The Native Women's Association of Canada issued a statement saying it was "frustrated" by the decision and that Canada had "taken a paternalistic approach ... to prematurely end" the inquiry.

However, the Ontario Native Women's Association (ONWA) said the limited extension struck "the right balance" between giving the inquiry more time and limiting the "harmful impact" the inquiry's troubles inflicted on some survivors and family members.

"Families in Ontario have been deeply divided over the effectiveness of the inquiry," said ONWA president Dawn Lavell-Harvard in a statement.

Maggie Cywink, whose sister's Sonya's 1994 murder is still unsolved, did not support an extension for the inquiry but believes Ottawa's decision was an adequate compromise.

"It is the best possible solution," said Cywink. "I thought it was throwing good money after bad, and there were still so many harms that were taking place."

Cywink said she hopes any additional inquiry funds to cover the extension come with added transparency.

"There has never been transparency with the national inquiry. It's been secret. Families don't know what's going on half the time," she said.

Bennett also announced Ottawa's response to recommendations issued in November by the inquiry in its interim report.

Bennett said Ottawa would provide $21.3 million in health support services for families and survivors that would last 12 months beyond the inquiry's end.

The minister said family liaison units and community support groups would get an additional $5.2 million through Justice Canada and the RCMP's new national investigative standards and practices unit, which partly focuses on MMIWG cases, would receive an additional $9.6 million over five years.

A commemorative fund for the missing and the murdered will also be created with $10 million over the next two years through Status of Women Canada, a federal government organization.

The minister said the government will wait until the final report to decide on one of the inquiry's key recommendations to create a national police task force focused on missing and murdered Indigenous women and girls that would review files and possibly reopen cases.

Bennett said such a project would require consensus from all the provinces and territories.

The inquiry is currently gathering testimony from government officials, police forces and experts.

It faced internal turbulence throughout 2017, caused by a high turnover in staff, including the departures of senior staff and commissioner Marilyn Poitras.

In April, the inquiry named Jennifer Moore Rattray as its latest executive director. Rattray replaced Debbie Reid, who left in January after only a few months on the job.