The federal government says it will conduct a "feasibility study" into what it would take to improve the water and sewer system in Garden Hill First Nation in Northern Manitoba — a fly-in reserve where many residents refuse to drink their tap water for fear it's unsafe.

The federal government says it will look into what it would take to improve the water and sewer system in Garden Hill First Nation in Northern Manitoba — a fly-in reserve where many residents refuse to drink their tap water for fear it's unsafe.

About 180 homes in the community lack running water and indoor plumbing altogether.

Michel Burrowes, a deputy director with Indigenous Services Canada, said the federal agency decided to move ahead with a feasibility study "in part" because of concerns raised by a recent CBC investigation that revealed Garden Hill residents struggle to access clean water.

But he said there is no guarantee that the study will lead to any changes to the reserve's current water and sewer system.

"The fact that a feasibility study has been done is not a commitment to funding," Burrowes said.

The study, he said, would be a "first step in understanding the state of water and sewer in the community," and would "explore viable options" to ensure safe drinking water in Garden Hill over the next 20 years.

Options could include building a new water treatment plant and an expanded water main, allowing more homes can get their water piped directly from the plant, he said. Government officials plan to meet with Garden Hill's chief and council on Feb. 14 to discuss the study.

Currently, only about half of the homes in Garden Hill — located about 610 kilometres northeast of Winnipeg — are connected to pipes that bring in treated water directly from the plant. Another one-third are serviced through cisterns, or water tanks, that regularly need to be filled.

Once the study is complete, any recommendations will be ranked according to need and put on a national list to compete with other infrastructure projects for funding, Burrowes said.

Burrowes also said it's unlikely that homes without running water and indoor plumbing that were not retrofitted under a program that started in 2012 will be part of the review.

"The leadership at the time determined that it wasn't economically feasible or desirable to retrofit those houses because, frankly, people should be living in other places," he said.

"And so, you know, there's a housing discussion to be had in terms of how to address those issues."

"Frankly, people should be living in other places," he said. "There's a housing discussion to be had in terms of how to address those issues."

A previous study completed in 2012 found that Garden Hill's water treatment plant is expected to remain serviceable until 2032, Burrowes said. Funding for a new plant was reviewed, but since Garden Hill isn't under a boil-water advisory, it wasn't considered a priority.

Garden Hill and its three sister reserves attracted international attention after it was one of the early Canadian communities badly hit by an outbreak of the H1N1 flu during the 2009 pandemic, sickening dozens of people in the region. Health officials partly blamed the outbreak on poor hygiene due to a lack of indoor plumbing.

Two years later, the federal government launched a $40-million program to retrofit 769 homes in the region — including 216 in Garden Hill — with cistern and indoor plumbing.

Small tanker trucks fill the community's cisterns with clean water from a water treatment plant. But a CBC investigation found that not all the water tanks are regularly cleaned.

Allan Little, Garden Hill's operations and maintenance manager, said the band is short of money to clean the cisterns. Last year, Indigenous Services Canada provided nearly $14,000 for cistern maintenance, but Little said that only covered the cost of cleaning about 100 of  the community's 218 water tanks.

Burrowes said the band could draw on other general funds to clean and maintain cisterns and that the amount the band receives should be enough.

Data provided by Indigenous Services Canada showed that the water in 30 per cent of the cisterns tested in Garden Hill did not meet national safety standards. In neighbouring Wasagamack, three-quarters of the cisterns contained fecal bacteria, an indication the water could be contaminated with a variety of bacteria, such as E. coli.

The investigation also found that Garden Hill has just two working water trucks. Residents said they sometimes wait up to a month for a refill after their cisterns run dry.

Twenty per cent of houses on the reserve did not qualify for the retrofit program, in most cases because it would have been unsafe to install electricity.

Garden Hill Chief Dino Flett said the band council wrote to Prime Minister Justin Trudeau last July to ask for a new feasibility study into connecting the entire reserve to an expanded water main, but did not get a response.

Deputy Chief Marilyn Wood welcomed the news that a study would go ahead. "We would welcome it because we need some water in the north end," she said.

Ensuring that Indigenous communities have access to safe, clean, reliable drinking water is a key part of the federal government's promise for reconciliation. The Liberals have pledged to spend $2 billion over five years, most of it to address long-term boil-water advisories on reserves. About half the money has already been spent and 78 long-term advisories have been lifted.

Watch CBC's investigation into why Garden Hill residents are so leery of their tap water: 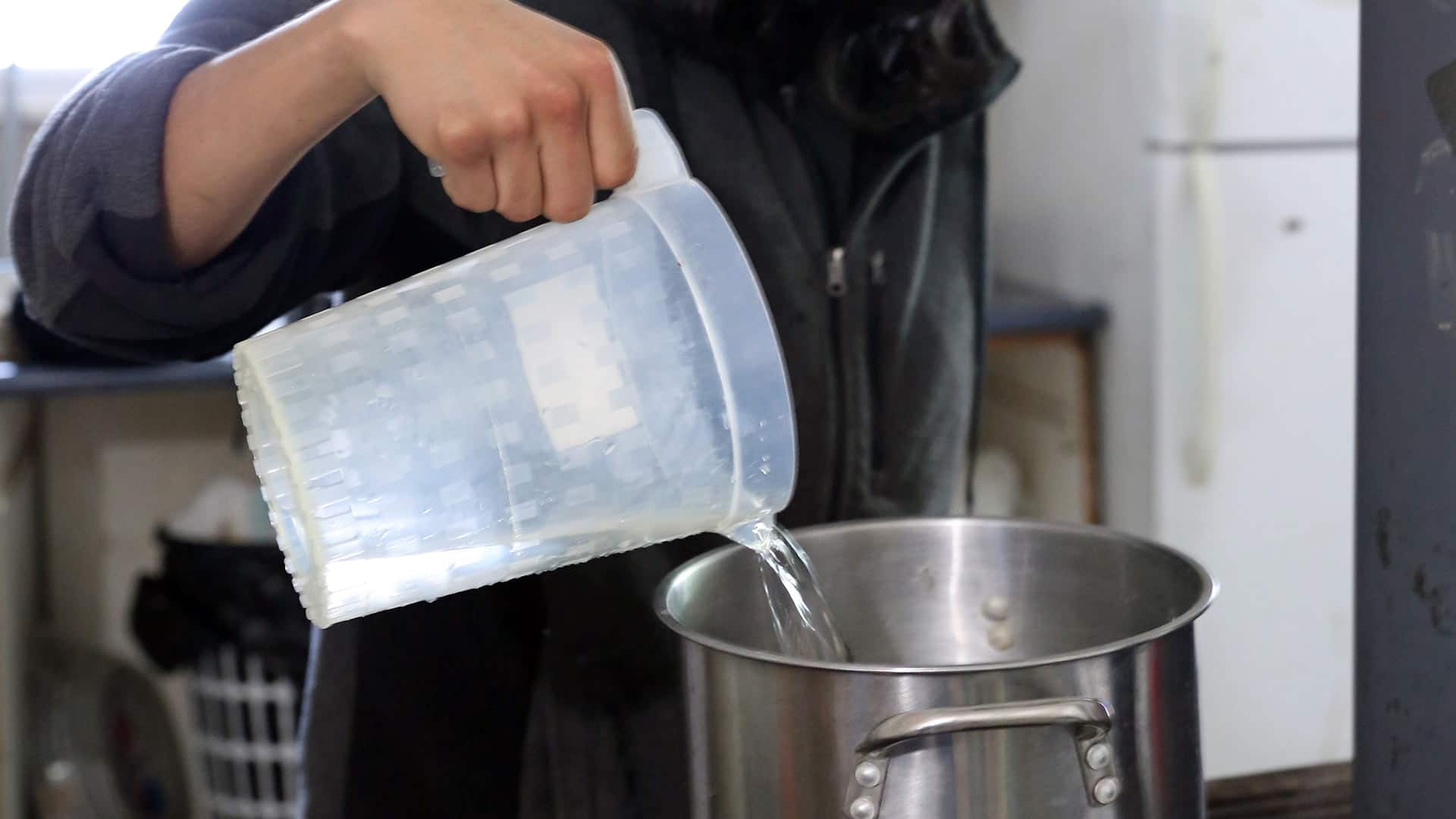 2 years ago
6:59
Residents of Garden Hill First Nation in Manitoba don't trust their tap water, while some don't have access to it at all. The challenges they face to get safe and reliable drinking water remains a daily reality for thousands living on reserves in Canada. 6:59
CBC's Journalistic Standards and Practices|About CBC News