Inuit elder Susanna Singoorie has seen diabetes ravage people both in the north and in her current home city of Ottawa. More than 80 indigenous front-line diabetes workers from across the province have gathered in the capital to discuss how to "walk the talk." 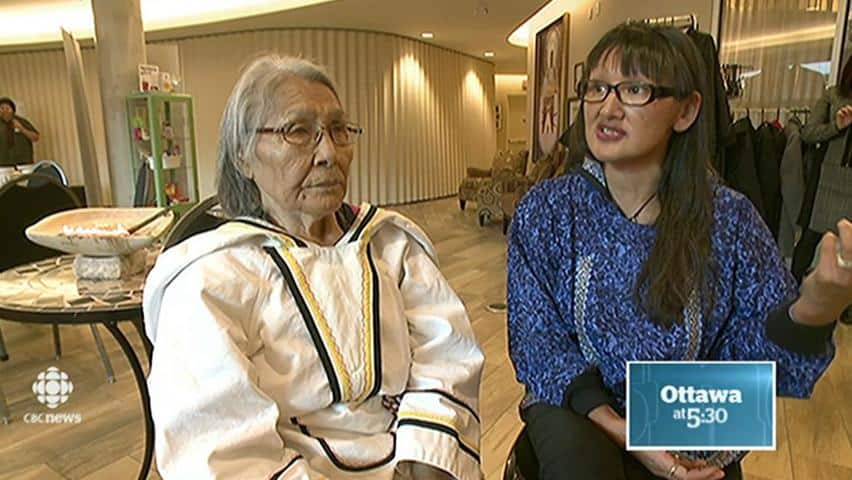 Inuit elder Susanna Singoorie has seen diabetes ravage people both in the north and in her current home city of Ottawa. Originally from Pond Inlet, Nunavut, she’s lived in Ottawa since 2003. Through interpreter Looee Okalik, Singoorie says a change in diet is to blame. She sees many Inuit moving away from traditional to more processed foods.

“Back then Inuit didn't know anything about diabetes because it wasn't within our society,” she says. “But today you hear of diabetes among Inuit, and at times you'll hear of amputation as well.”

She says seeing her people lose limbs to diabetes is troubling. “It's hard to see when you see your fellow Inuk or fellow aboriginal, because you've known them prior to that time as whole as wholesome.”

And we always hear from our elders that we need to revert back to our cultural medicines and cultural foods, and healthy lifestyles. So we have to reflect that in our work.- Looee Okalik, health project coordinator

Sitting beside Singoorie at the Wabano Centre for Aboriginal Health, Okalik agrees. She works as health project co-ordinator for the organization Inuit Tapiriit Kanatami. As a front-line worker, she believes she needs to set an example when it comes to diabetes.

“We need to be as vocal as we can be to educate the public,” Okalik says. “And we always hear from our elders that we need to revert back to our cultural medicines and cultural foods, and healthy lifestyles. So we have to reflect that in our work.”

The women are at Wabano for Southern Ontario Aboriginal Diabetes Initiative annual conference. More than 80 front-line diabetes workers from across the province have gathered here to discuss how to "walk the talk." SOADI’s executive director, Roslynn Baird, says it's important for them to be role models.

“Not having pop in our meetings, and not having unhealthy foods that cause diabetes,” she says.

“And in our area where SOADI is, we've actually signed agreements with aboriginal organizations that we will walk the talk. And part of that is developing in-house nutrition policies, allowing for physical activities with our staff.”

Everyone at the centre agrees that diabetes is an epidemic among indigenous Canadians. Rates are up to five times higher than for other Canadians. At the two-day SOADI conference, front-line workers will discuss nutrition, foot care, diabetes prevention strategies and ways to stay active.

Joe Jacobs wants to pass the message of staying active to the younger generation. From Kahnawake, he’s been taking a traditional Mohawk wampum belt across Ontario and Quebec since 1997. Each community he visits adorns the bundle he’s made for it with a community crest or beadwork.

“You have to walk, bike it, or canoe it from community to community,” he says.

Jacobs takes this traditional Mohawk wampum belt across Ontario and Quebec. “Maybe by the different communities also working together, we can stop this epidemic that's with us,” he says.

Once the conference wraps up Saturday, diabetes workers will return to their communities to share the strategies they developed at the Ottawa event. The ongoing hope is to reduce diabetes rates in Indigenous communities.

Waubgeshig Rice is a multi-platform journalist reporting for CBC's Ontario markets. Originally from Wasauksing First Nation on Georgian Bay, he's now based in the CBC Sudbury newsroom. You can email him at waubgeshig.rice@cbc.ca and follow him on Twitter @waub.