Manitoba teacher hopes goose hunting will help save his students

Kerry Muswagon is the cultural awareness teacher at Mikisew school in Cross Lake, Man., where six young people committed suicide in a three-month period. He believes if he teaches the students about their culture, they’ll feel better about themselves. That’s where the goose hunt comes in. 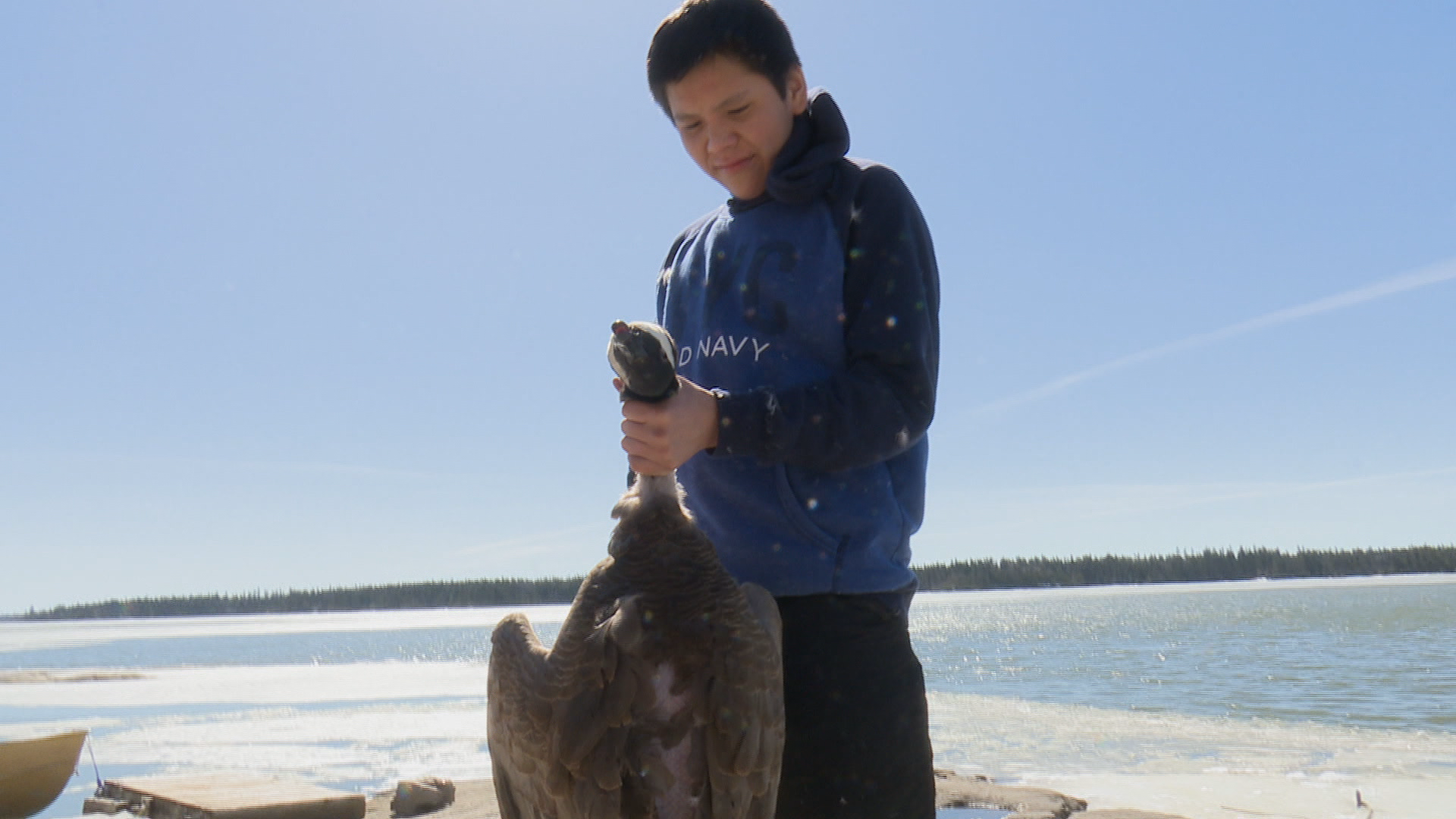 Hunting geese to help the youth in Cross Lake

5 years ago
13:31
Every spring Kerry Muswagon takes his grade 8 class to hunt geese. His hope is that these trips will help prevent suicides in the Cross Lake, Manitoba. 13:31

Kerry Muswagon is the cultural awareness teacher at Mikisew school in Cross Lake, Man., where six young people committed suicide in a three-month period. The community, also known as Pimicikamak Cree Nation and located about 500 km north of Winnipeg, declared a state of emergency in March and had 100 kids on suicide watch.

Muswagon believes if he teaches the students about their culture, they'll feel better about themselves. That's where the goose hunt comes in.

'I don't really like to stay inside. It gets lonely.'

This is Justin, one of Muswagon's 14-year-old hunters. "Out here it feels wide open and free," he said of the outdoors program. When the trip is over, the teen will bring a goose home to his mother for dinner. "She is going to get all nerdy and embarrassing. Like, 'Ohhh, I'm so proud of you,'" he said.

Every spring, Kerry Muswagon takes his Grade 8 students into the bush to hunt geese.

"When people ask me, 'How many kids do you have?' I say, '400,'" Muswagon said. "I treat them all like my sons and daughters." That's him calling geese to a blind built by his students on Day 1 of the three-day course.

Muswagon was worried about teaching his students to use guns.

Giving guns to young people in the midst of a crisis like the one facing Cross Lake caused Muswagon to question his methods. But when he listened to his heart, he came to the realization that the outdoors is where his students belong. "It's part of our tradition. If we don't teach them, who is going to? Maybe this will help them cope," he said.

Tyrell, 13, is in Muswagon's program and knows three people who committed suicide in Cross Lake. He said the goose hunt helps him forget. "It just kind of helps me accept that they're gone so I don't have to keep missing them."

'It's kind of boring in town.'

Hunting isn't just for boys. Here, Angel and Hannah, both 14, learn to pluck geese shot during the three-day camping program.  Hannah said she likes it out on the land "because there's nothing to do [in town] and nowhere to go."

Most of the snow melted while Muswagon's eighth graders were at the camp, leaving their snowmobiles looking a little out of place in fields of damp grass.

They teach the kids to hunt beaver, too.

This is Cross Lake elder Edwin Muswagon, 67, skinning a beaver that one of the students shot. He, like Ronnie McKay, pictured below, want to pass their knowledge on to the next generation.

Muswagon spent a lot of time in the bush with his dad.

"It sure helped me," the teacher said of his time hunting with his father. "I didn't have time to think about the problems in the community." Now he hopes to pay that experience forward. Below, students Kenneth and Tyrrell scan the sky for signs of birds.

After gutting their geese, Muswagon and Tyrell wash them in the lake.

Tyrell was in Muswagon's class when he got the news about one of the suicides. "He was crying and he gave me a hug. It was pretty emotional," Muswagon recalled. "We wanted him to come out and take a break from Cross Lake and be with Mother Nature."

Nick Purdon is a Current Affairs Correspondent with CBC News' The National. You can follow him on Twitter at @nickpurdoncbc