Teenage Indigenous water activist Autumn Peltier says she doesn't feel Canada's federal politicians are focused enough on climate change, even after years of her campaigning for them to take action.

1 year ago
0:50
Autumn Peltier of the Wikwemikong First Nation on Manitoulin Island, Ont., says she wants help, not awards while speaking at Davos. 0:50

Teenage Indigenous water activist Autumn Peltier says she doesn't feel the Canada's federal politicians are focused enough on climate change, even after years of her campaigning for them to take action.

The 15-year old, who hails from Wiikwemkoong First Nation on Manitoulin Island in northern Ontario, shared her dismay at their lack of attention toward the issue while on a panel at the World Economic Forum in Davos, Switzerland on Tuesday.

Peltier has spent her last eight years putting pressure on politicians to take climate change more seriously, while advocating for clean drinking water in Indigenous communities and serving as the chief water commissioner for the Anishinabek Nation, a political advocacy group for 40 First Nations across Ontario.

She has urged the United Nations General Assembly to "warrior up" and take a stand for our planet and confronted Prime Minister Justin Trudeau about his "broken promises" at a meeting of the Assembly of First Nations.

While sharing the stage in Davos with fellow teen activists Greta Thunberg of Sweden, Natasha Mwansa from Zambia and Salvador Gomez-Colon of Puerto Rico, she heaped more pressure on politicians back home.

Her remarks come amid warnings that Canada is warming twice as fast as the rest of the world and as youth like Peltier are increasingly calling for the globe to band together and address climate change. 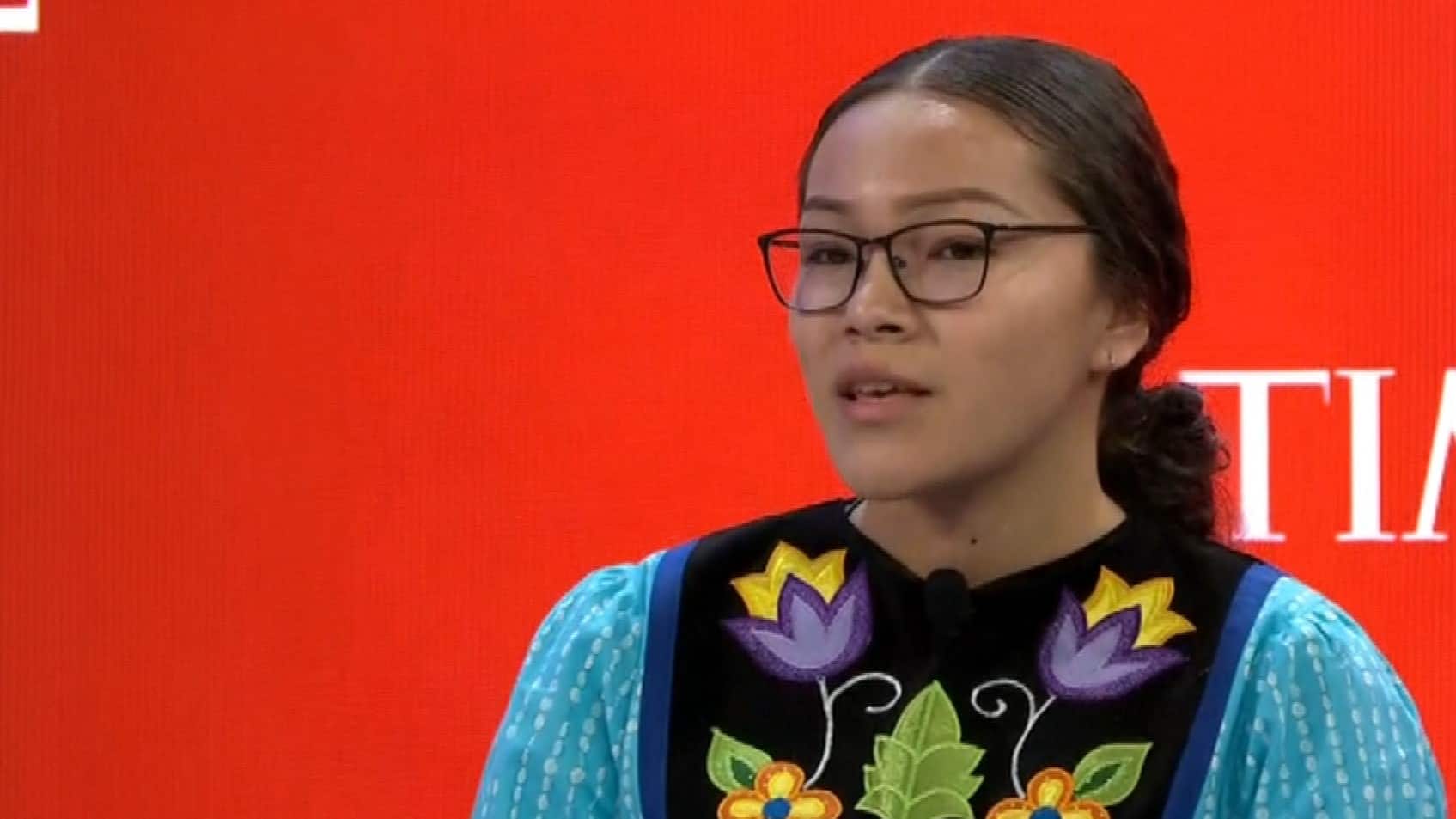 1 year ago
1:05
Autumn Peltier of the Wikwemikong First Nation on Manitoulin Island, Ont., talks about politicians' priorities at the World Economic Forum. 1:05

Peltier said she has received some support from Algoma-Manitoulin MPP Mike Mantha and Carolyn Bennett, the federal minister of Crown-Indigenous relations, but has found that many of their counterparts are putting their attention elsewhere.

"They are all focused on just money and we need to be more focused on the actual things going on," she said.

She also revealed that her age plays a role in how seriously she's being taken.

"I personally don't feel that heard from politicians....When it comes to federal government it is really hard to get their attention and be heard by them," she said.

"I just feel being a youth we are not as heard as we can be."