The World Health Organization (WHO) is concerned over a report that the Zika virus had been sexually transmitted in the United States, and has called for further investigation. 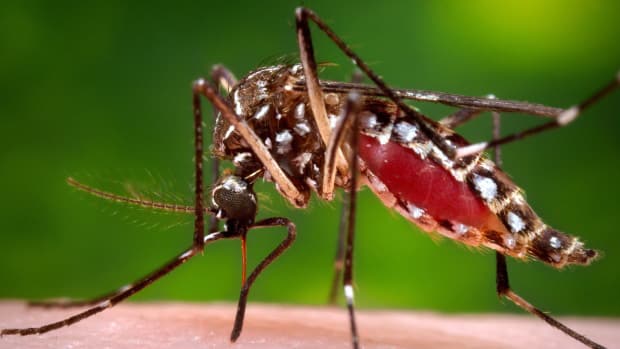 The World Health Organization (WHO) is concerned about a report that the Zika virus had been sexually transmitted in the United States, and has called for further investigation into the mosquito-borne virus linked to birth defects.

The first known case of Zika virus transmission in the continental United States was reported in Dallas on Tuesday by local health officials, who said it likely was contracted through sex and not a mosquito bite.

"We certainly understand the concern. This needs to be further investigated to understand the conditions and how often or likely sexual transmission is, and whether or not other body fluids are implicated," WHO spokesman Gregory Hartl told Reuters on Wednesday.

"This is the only the second mooted case of sexual transmission," he said, referring to media reports about a case of an American man who returned from Senegal and is suspected of infecting his wife.

The virus, believed to be linked to babies born with abnormally small heads and birth defects in Brazil, is spreading rapidly in the Americas. The WHO declared an international public health emergency on Monday about the condition known as microcephaly.

Its global response team will discuss the sexual transmission report among other issues at its daily meeting later on Wednesday, Hartl said.

"There are many things we don't know about Zika," he said. "Lots of surveillance is needed ...We have our team set up and are sure there will be lots of progress quickly."

For now the key in infected areas is to try to control mosquitos and for people to wear adequate clothing, use insect repellent and sleep under bednets, Hartl said.

Zika is transmitted mainly by Aedes mosquitoes, which usually bite during the morning and late afternoon/evening hours, WHO says.

Dallas County health officials said in a tweet on Tuesday that the patient did not travel but was infected after having sexual contact with an ill person who had returned from Venezuela. They did not release any details about either patient, citing privacy issues.

"The critical thing here was that there was no pregnancy involved,"  Dr. Anne Schuchat, principal deputy director of the U.S. Centers for Disease Control and Prevention, said of the Dallas cases.

The concern is in the context of pregnancy, said Dr. Mark Loeb, a physician and professor in the department of pathology and molecular medicine at McMaster University in Hamilton, Ont., who does research on dengue, a viral cousin of Zika.

"Eighty per cent of people who are infected aren't aware so the question is might men have this in their semen and not even be aware they're transmitting it," Loeb said in an interview.

The Dallas County confirmed case of sexually-transmitted <a href="https://twitter.com/hashtag/Zika?src=hash">#Zika</a> virus is associated with the imported case from Venezuela.

Investigators had been exploring the possibility the virus could be sexually transmitted. There was a report of a Colorado researcher who picked up the virus in Africa and apparently spread it to his wife back home in 2008, and it was found in one man's semen in Tahiti.

In both those cases, the men observed red–brown fluid in their semen.

"It's very rare, but this is not new," Zachary Thompson, director of the Dallas County Health and Human Services, told WFAA-TV in Dallas. "We always looked at the point that this could be transmitted sexually."

It's not yet known how common sexual transmission is. Other key questions that remain to be answered by scientists include how long the virus persists in semen and whether it's possible for women to spread the virus sexually.

"It's well possible that's it being trafficked through the blood into the sperm but it's not really clear," Loeb said.

The Public Health Agency of Canada said cases of transmission of the Zika virus through semen have been very rare and continue to be studied.

"Sexual partners can protect themselves by using condoms to prevent sexually transmitted infections," a spokeswoman said in an email. "The Public Health Agency is currently working with its partners on guidance for health care professionals."

Canadian Blood Services and Héma-Québec officially announced Wednesday that anyone who has travelled outside Canada, the continental United States and Europe will now be temporarily ineligible to give blood for three weeks. The move is meant to mitigate the risk of the Zika virus entering the Canadian blood supply.

A spokesman for the Public Health Agency of Canada said Thursday it's aware of concerns regarding semen and is now "assessing any actions that may be required."

In Canada, donated semen is quarantined for six months before release.

With files from The Associated Press and CBC's Melanie Glanz