A recently published study in the Journal of the American Medical Association says “the phenomenon of vaccine refusal” increases the risk for measles among individuals who are not or refuse to get vaccinated, and among those who are already fully vaccinated.

'Phenomenon of vaccine refusal' increases risk of measles among everyone

Measles, a disease that was considered eliminated 16 years ago in the U.S., has made a comeback in which a "substantial proportion" of the cases are associated with vaccine refusal, a study suggests.

The study, recently published in the March 15 issue of the Journal of the American Medical Association, says "the phenomenon of vaccine refusal" increases the risk for measles among individuals who are not vaccinated or refuse to get vaccinated, and also among those who are already fully vaccinated.

Researchers took into consideration 18 measles studies published since the disease was declared eliminated in the U.S. on Jan. 1, 2000, through Nov. 30, 2015. They found that of the 1,416 measles cases reported in the U.S. during that time span, 804 cases, or 56.8 per cent, had no medical history or record of receiving the vaccine, as opposed to the 199 cases, or 14.1 per cent, involving individuals who did.

Of the 970 cases in which such data could be extrapolated, 574 cases involved individuals who were unvaccinated despite being eligible to receive one, and 405 of those had nonmedical exemptions — such as exemptions for religious, moral or philosophical reasons — as opposed to medical contraindications. The study notes the increase of measles incidents was initially seen only among states where nonmedical exemptions were readily offered, but states with "moderately difficult" exemption procedures have experienced increases in measles rates as nonmedical exemptions have "steadily increased" in the last 20 years.

Researchers also said a higher rate of vaccine exemption or refusal in a community is associated with increased incidences of measles in that community, among persons with and without exemptions.

The study points to a 2014 outbreak of measles that originated at Disneyland in Anaheim, Calif.

Of the 111 measles cases reported from the outbreak, approximately half were unvaccinated individuals, most of whom were eligible for vaccination yet remained unvaccinated. 6 years ago
6:49
Emergency room physician Dr. Brett. Belchetz on what you need to know to protect yourself and your family 6:49

"A substantial proportion of the U.S. measles cases in the era after elimination were intentionally unvaccinated," researchers concluded. "The phenomenon of vaccine refusal was associated with an increased risk for measles among people who refuse vaccines and among fully vaccinated individuals."

Researchers note the link between vaccine refusal and increased risk of contracting vaccine-preventable diseases is "imperfectly defined" and said the association between the two could be population- and disease-specific.

The study also looked at 32 reports of pertussis outbreaks and found that, in the five largest statewide outbreaks in the U.S., those who were unvaccinated or undervaccinated ranged from 25 to 45 per cent of those who contracted it.

Although vaccine refusal was associated with an increased risk of contracting whooping cough — which is caused by a type of bacteria called Bordetella pertussis — the researchers noted several outbreaks occurred in highly vaccinated populations, indicating a possibly waning immunity to pertussis.

Children with vaccine exemptions were 22 times more likely to acquire measles than fully vaccinated children, according to one study cited by researchers, which used data from Colorado measles cases from 1987 through 1998.

The risk was highest among children with exemptions between the ages of three and 10 years old. Among vaccinated children who contracted measles, 11 per cent contracted the disease from an individual with an exemption.

"The most direct measure of vaccine refusal is the rate of parents claiming nonmedical exemptions to school immunization requirements," researchers wrote.

Of all the measles cases since 2000, the study says 178 involved children younger than 12 months.

Researchers suggest the study has "broad implications" for vaccine policy in the U.S., including the possible overriding of parents' decisions to not vaccinate their children. 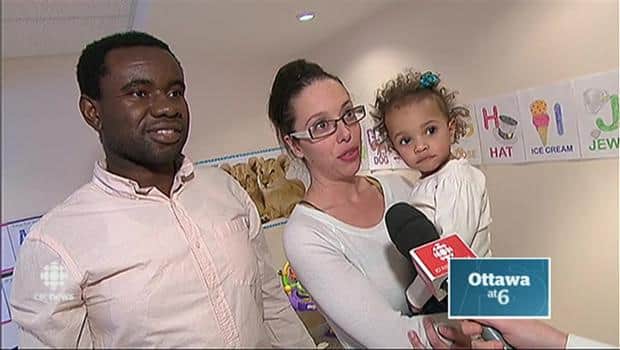 "Fundamental to the strength and legitimacy of justification to override parental decisions to refuse a vaccine for their child is a clear demonstration that the risks and harms to the child of remaining unimmunized are substantial," researchers wrote.

The needle vaccine is given to children first between the ages of 12 to 15 months and again at 18 months or four to six years, depending on the province or territory.

Public Health says the vaccine is safe, effective and free. There can be some mild side-effects, however, including redness or soreness where the needle went in, as well as slight fever, skin rash and swollen glands.

A single dose is considered to have up to a 95 per cent effectiveness rate, which rises to 99 per cent with the two doses recommended.

The Morning Edition - K-W7:18The resurgence of measles
Our parenting columnist Tenille Bonoguore discusses "anti-vaxxers" and the factors contributing to a growing bias against science. 7:18