He jumped off a nine-storey bridge and lived, now he's working to end 'man up' mentality

Men take their own lives three times more than women and they're much less likely to talk about their mental health struggles, so the Heads Up Guys website is trying to reduce the stigma around reaching out to others.

Josh Beharry should be dead.

"I was putting myself out of my misery," he says. "I ended up in the hospital. I'd broken six ribs, punctured one lung, I had five hairline fractures in the wing part of my vertebrae, and several mild brain contusions."

Very few people jump off a bridge, plummet nine storeys, and live to tell the tale. In Beharry's case, he's used it as his motivation to help other men talk openly about their struggles with mental health.

Beharry endured months of recovery from his injuries, in and out of a Vancouver hospital. The time he spent convalescing forced him to open up to his family and friends, telling them about feelings he'd kept inside up to then because he'd figured it just wasn't something guys talked about.

"A lot of the time our own internal stigma is a lot higher than what our friends actually think."

It took Beharry months to realize that. Now he is dedicated to helping men all over the world reach that conclusion sooner than he did — to help them understand that mental health challenges like depression are experienced by a large number of people, and that reaching out for help is not just appropriate but often imperative.

Beharry now runs the day-to-day operations of Heads Up Guys, a website visited so far by more than a million and a half people.

It's the brainchild of Dr. John Ogrodniczuk, director of the University of British Columbia's Psychotherapy Program.

"Men have a really high suicide rate," says Dr. Ogrodniczuk. "It's about three to four times higher than women. And it's not just in Canada or North America, but really globally we've seen this phenomenon, so we wanted to address that."

The site features autobiographical stories of men describing the challenges they've faced, and how reaching out to family and professionals helped them.

"Every day we are getting more and more email from people, some very impactful, profound messages … One that really sticks out in my mind, it said 'I just read your article about suicide and I'm pretty sure it just saved my life, thank you for giving me hope,'" Ogrodniczuk says.

Entries like "I want to kill myself" and "how to stop suicidal thoughts" are among the most searched-for terms that lead men to the Heads Up Guys website. 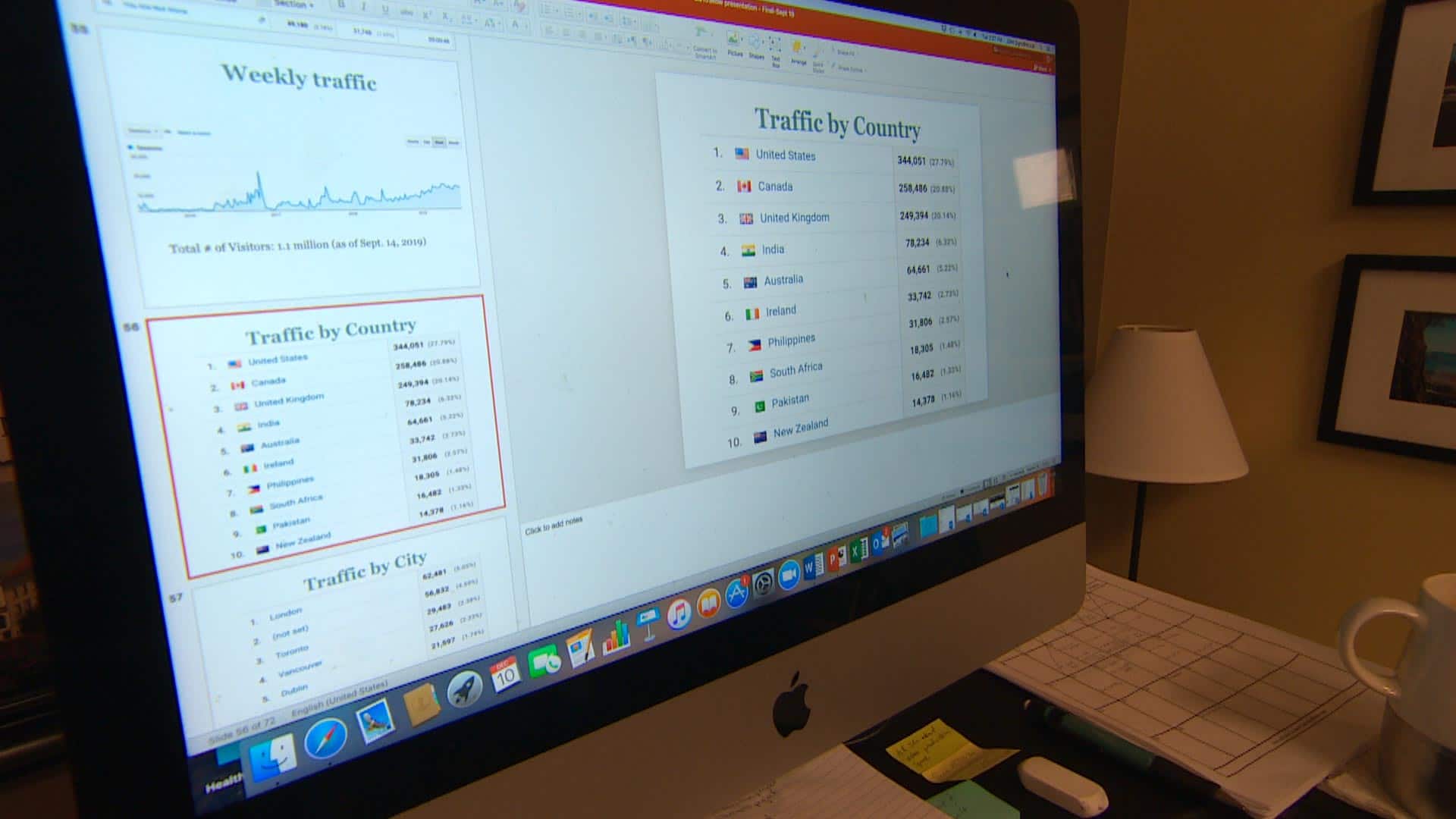 1 year agoVideo
0:27
The Canadian website Heads Up Guys, which helps men deal with mental health issues, attracts traffic from all over the world. Dr. John Ogrodniczuk, director of the University of British Columbia’s Psychotherapy Program, discusses the key search words that lead people to the site. 0:27

Sometimes those internet searches are the only attempt men will make to reach out to the outside world. Only 30 per cent of those seeking mental health assistance through agencies in Canada are male, even though more than 50 men take their own lives in Canada each week, comprising three-quarters of all suicides in the country, according to Statistics Canada.

The key goal of the website is tackling the stigma around men seeking outside help — a stigma men themselves often contribute to.

"If you come across someone who says 'you just gotta man up,' it means I don't want to hear about it and you just need to soldier on," says Ogrodniczuk.

"And that's really the worst thing ... depression is a beast. You can't really tackle it on your own. You need a team around you, and to build that team you need to reach out."

When Julian Dobko found the website, it was a revelation.

"I saw a link on there called 'You Are Not Alone,' and I read that and realized there were a lot of guys actually like me," he says.

"Basically, I didn't listen to that inner voice. It was saying, you know, 'you're a man — you're tough, you're strong, you don't have to reach out, you don't need help, just get over it.' And that's just not how it works with any human being. I mean, we all need help."

Dobko works as a bartender and golf pro, and has a passion for playing hockey. He's very open about his own depression. And about how much easier it became to deal with it when he read the website's testimonials and saw himself reflected in them, especially the many from men involved in sports.

"That helped me big-time through my dark periods," he says.

"For a long time mental health was shoved under the carpet, and that's not good. Not the way to deal with it."

The Heads Up Guys website is not intended as an alternative to counselling and medical treatment. It aims to get men to see the importance of speaking out, and seeking that next step of assistance from therapists and physicians.

It also has a screening tool for website users to help identify mental health challenges, based on a series of questions.

The encouragement to talk about mental health has helped Josh Beharry, too.

"Unfortunately [for me], it took hitting rock bottom. I was tired all the time, I wasn't sleeping well, my muscles just felt weak and I felt drained, like I had no energy," he says. "And, then once I couldn't sleep anymore, that's when it was impossible to hide what was going on."

Nearly a decade after his own suicide attempt, he is now openly speaking with his friends and family about his thoughts and well-being.

Not every day is easy, and not all progress has been consistent, he says. There are setbacks, which Beharry says he has become accustomed to.

But he is now re-engaging with friends and family, travelling extensively, and has taken up photography as a hobby to try to live in the moment.

Beharry's story is one of the 50 profiled on the website, and he hopes talking about his struggle publicly, though it's still difficult, will help others do the same and seek the help they need.

He says the daily feedback from users of Heads Up Guys gives him a sign of the value of the endeavour.

"There's no shame and no judgment if you're dealing with a mental health issue. It's just like any other physical illness — if you break your leg, you go to the doctor … if you have depression, you should go to the doctor."

WATCH | The National's feature on men, mental health and the 'man up' mentality: 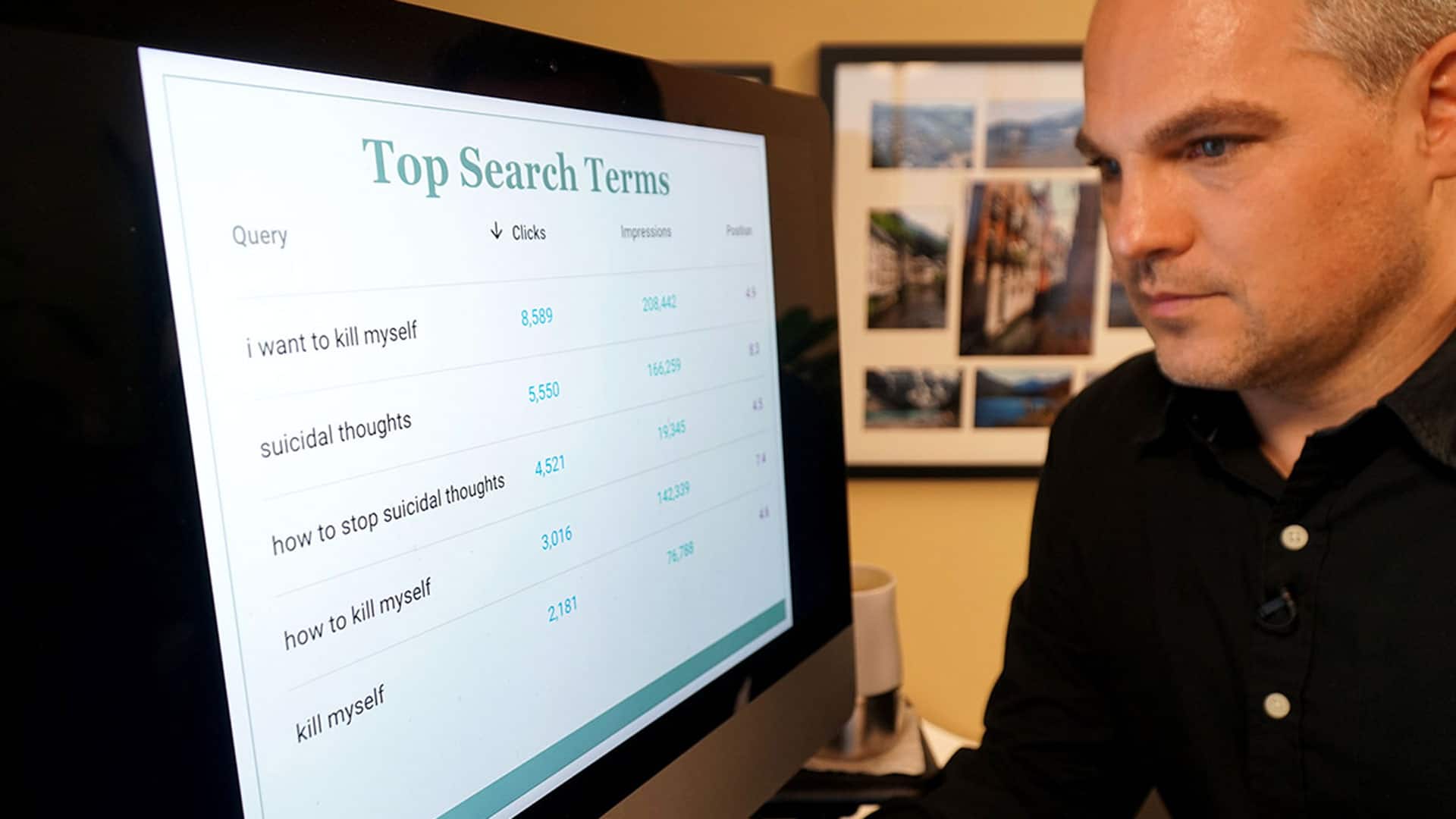 Men, mental health and ending the ‘man up’ mentality

11 months agoVideo
5:43
Josh Beharry survived a suicide attempt and is using his story to show other men they don’t have to suffer in silence. He now works with a psychiatry professor on the website Heads Up Guys to offer resources for men’s mental health. 5:43

With files from Perlita Stroh