'I thought I was going to die': Canadian farmers open up about struggles with mental health

People should feel comfortable reaching out for help with mental health issues, says farmer who is pushing back against those who've told him he should just suck it up.

Best course of action is to seek help, farmer says, rather than listening to those who say just suck it up

Ask Sean Stanford what it's like to be a farmer in southern Alberta during the winter, and one of the first things he talks about is his mental health.

"It's when a lot of thoughts go sideways in your head, it seems like to me," he says.

Stanford, 35, runs a grain farm near the town of Magrath, south of Lethbridge.

"Winter is definitely tough, especially out here in the prairies, because there's snow and cold and not a lot of people around," he says.

Stanford is a third-generation farmer — his parents and grandparents, on both sides of the family, work the land within 20 kilometres of where he lives today.

"It's kind of a family heritage thing for all of us to be farmers," he says.

Still, despite the inevitability of following in the family footsteps, there's something unique about Stanford. He's one of the first farmers in Canada to speak publicly about his mental health struggles.

"If I hadn't gotten help, I don't know if I would be here today, honestly," he says.

"I am not saying I am a suicidal person necessarily, but you start to get to some dark places when you don't know what's going on inside of yourself."

Stanford is by no means alone.

A 2016 study from the University of Guelph polled 1,100 Canadian farmers across the country and found that roughly 45 per cent had high levels of stress, and 35 per cent met the criteria for depression — numbers that are much higher than the general population.

'It's a high-dollar risk game'

One of the primary mental health stress factors that comes with farming is financial.

In order to purchase the land and equipment they need, many farmers have to juggle high levels of debt. Meanwhile, their payoff depends on the weather.

"You try to do everything right and you have no idea what's gonna happen," Stanford says. "Something is going to fall out of the sky — if it's rain it'll be good, if it's hail it could be bad. It's a high-dollar risk game.

"It's like going to Vegas and betting thousands per roll. You never know what the outcome is gonna be."

A few years ago that unpredictability hit Stanford hard.

His crops weren't very good, the bills were piling up and he had more work than he could handle. Stanford says he tried to keep going, but in the end he broke down.

"I was in bed and it felt like a crushing weight on my chest and my arm. It felt like every sign of a heart attack that I have ever read before," he says.

"I thought I was going to die. I thought: 'my family is gonna be without me and they are gonna be in even worse shape.' Until I finally got the answer of what was wrong it was petrifying."

When a doctor said what Stanford believed was a heart attack was in fact anxiety, it created another problem.

Farmers can talk about a heart attack, but to admit that you suffer from anxiety is taboo, Stanford explains.

"Farmers are supposed to be the salt of the earth, strong people who don't need help from anybody. They are supposed to carry on no matter what happens to them," he says.

"But I have come to realize that asking for help is not a bad thing."

Farmers need to 'do more'

When Stanford reached out online for help he found Leslie Kelly, who runs a grain farm near Saskatoon with her husband Matt.

"In agriculture we always hear about the latest advances in technology and innovation, and we forgot about our people," Kelly says.

While Kelly sensed that many farmers struggled with their mental health, it wasn't until she rented a hall in Edmonton and invited people to come and talk about it that she understood the full extent of the problem.

"There were about 400 seats in that room and I thought, 'oh if a dozen people come that will be so great.' And when we opened the doors, the farmers they flooded in, and you could not find an empty chair in that room," Kelly says.

"People were even sitting in the aisle and standing along the back. We asked the question if you knew someone who has died by suicide — a loved one, a community member, a fellow farmer — and almost that whole entire room stood up. And I cried almost that whole panel."

Then when the event was over, Kelly met someone who showed her just how much she could help.

"There was a farmer who was directly across from me, he was standing at the back and he had his hat down, and he cried the whole time," she says.

"He came up to us when everybody had left and he said, 'I'd like to thank you.' We said why? He said 'you just saved my life. I am going to go home and talk to my wife.'

"I cried, knowing that we should've been talking about this years ago." 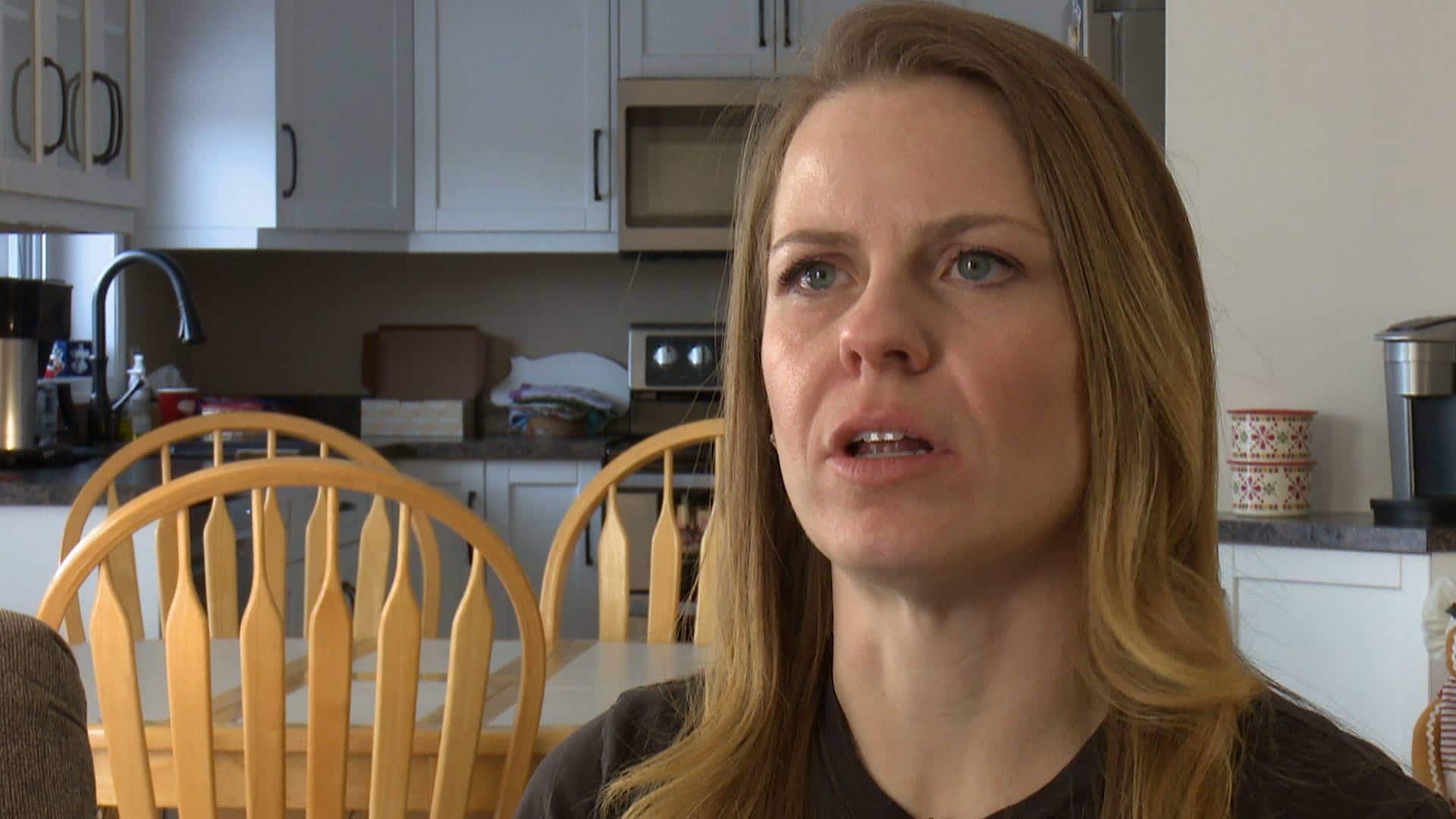 1 year ago
0:37
When farmer and mental health activist Leslie Kelly asked a simple question to a gathering of 400 farmers at a meeting in Edmonton, the full extent of the mental health problem in the community hit home. 0:37

'He thought he was dying'

The reason that story hits home for Kelly is the same reason she started working to help farmers with their mental health in the first place. Her husband Matt had his own mental health breakdown a few years ago during a particularly tough harvest.

Leslie Kelly explains that watching her husband's panic attacks was the hardest thing she's ever done.

"He thought he was dying. He would sweat and not be able to breathe, and I would have to hold onto him so tight for him to focus on my breathing to get it to slow down," she says.

"I remember having to take his clothes off because he was sweating so much, and laying him down on the cool floor to get him to cool off."

Today, with Leslie's help, Matt is doing much better. And now the couple works together promoting mental health for farmers across the country.

The Do More Foundation recently received registered charity status and launched a project where they fund mental health first aid training in a dozen rural communities across Canada.

A 'real farmer' would just suck it up

Sean Stanford tries to help other farmers too.

He knows what it takes to get healthy, and shares his experience whenever he can.

"Most days I feel something, a little bit of stress of some kind, but I found a lot of mechanisms to help me with it," he says.

"I am on some medications that I take every day. It really helped level me out. Before, I would get home, have supper, go back to work. Now I stay and play with the kids, and have more quality time to help my brain decompress after a day of work." 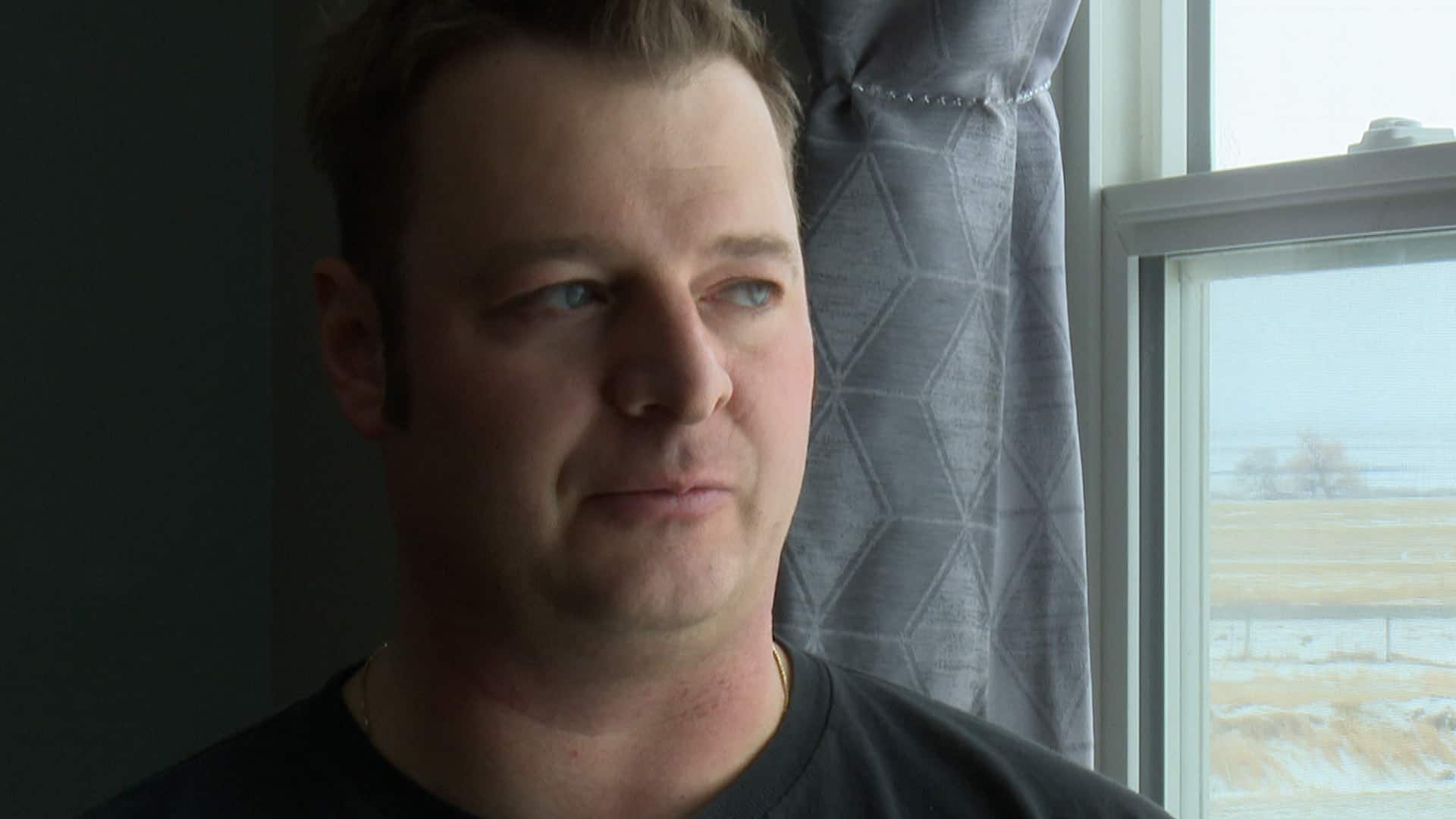 Stanford's journey hasn't been easy. The stigma around mental health still exists. He says he gets messages online telling him that a "real farmer" would just suck it up.

But Stanford says he tried that, and the stakes are too high.

"What I was doing wasn't working, something needed to change. I am glad getting help was what the change was, rather than abandoning the farm, abandoning my family, abandoning everything I've known," he says.

"It was the right choice to get help, so I can continue everything I have been working on my whole life rather than change directions and run away."

WATCH | The National's feature on encouraging farmers to speak up about stress and depression: 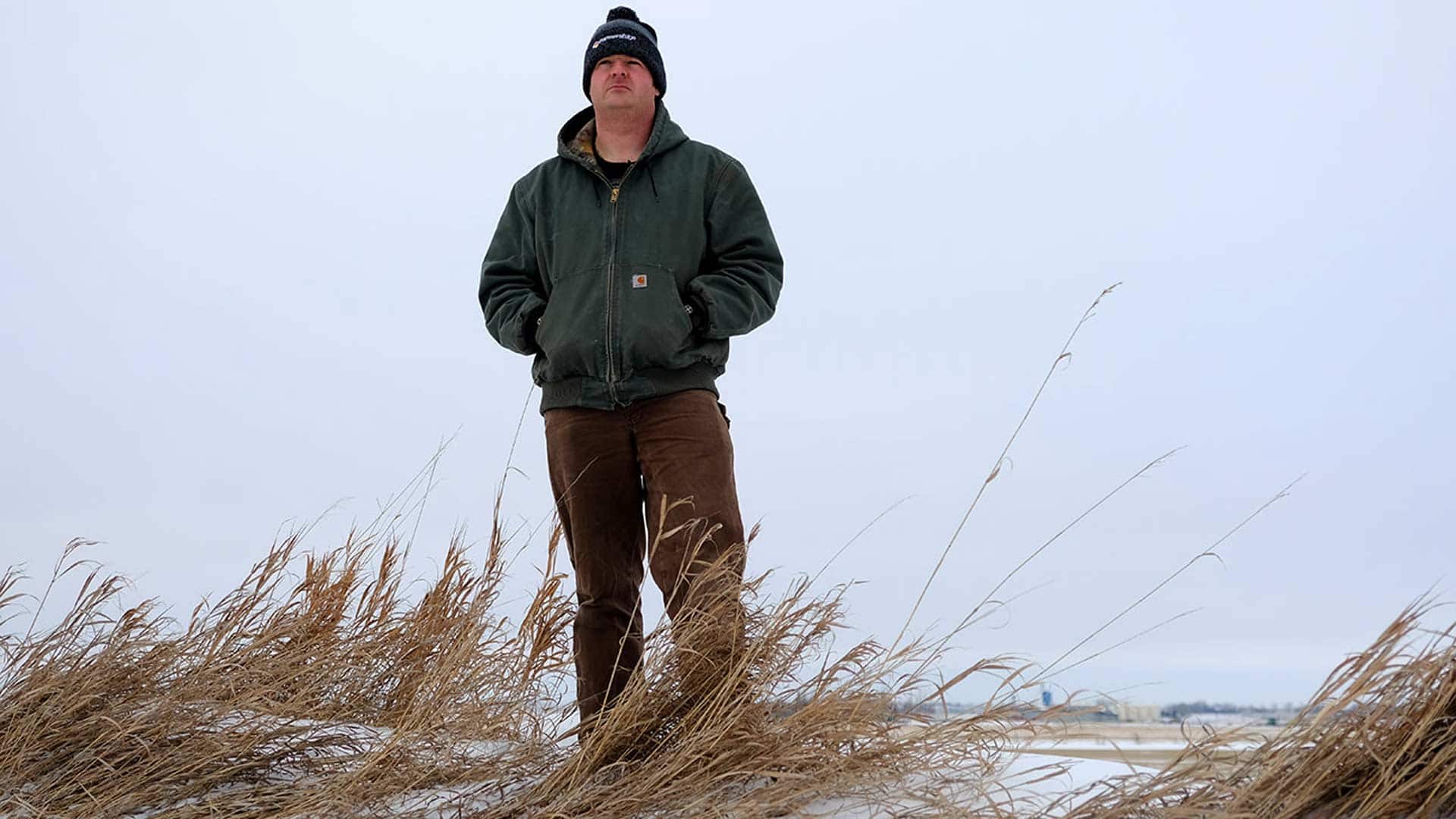 Stress, depression and getting farmers to talk about it

1 year ago
7:20
Many farmers suffer from high levels of stress and depression, but they don’t often talk about it. The National’s Nick Purdon spoke to some farmers about their struggles and met the people trying to help them. 7:20