Testing, contact tracing are keys to easing social restrictions. But is Canada ready?

There have been problems with COVID-19 testing across Canada, and it's not clear whether those problems have been fixed to prepare the country to ease restrictions.

It was 'much easier to shut things down than it will be to open them up,' infectious disease expert says

There may be many different paths to the new COVID-19 "normal" as provinces announce various plans to gradually ease social restrictions across Canada.

But all of them share one critical requirement: the ability to test widely for infection and then trace contacts, in order to isolate people who were exposed and break the chains of infection.

Are we ready? Has Canada fixed the testing backlogs and shortages that made headlines just a few weeks ago?

Infectious disease experts on the front line of Canada's COVID-19 outbreak say no, but it's a question that doesn't have an easy answer.

"I personally am concerned about testing and tracing capacity," said Dr. David Naylor, who was appointed to the leadership committee of the newly established COVID-19 Immunity Task Force announced by Prime Minister Justin Trudeau last Thursday.

"We're not in a position yet where we're doing enough diagnostic tests to reopen," said Bogoch. "The crucial elements of reopening will be no barriers to diagnostic testing, and then we need an army of people to do contact tracing so we can identify positive cases and their close contacts," he said on CBC News Network on Sunday.

If Canadians lack confidence in the testing system, it's understandable.

In the first days of Canada's outbreak many were shocked to learn that they could not get tested even though they had both symptoms and a travel history.

Soon after, Ontario, B.C. and several other provinces reported backlogs that forced some people to wait more than a week for test results.

Even after the testing chaos prompted Ontario's frustrated premier to warn he would accept "no more excuses," Ontario still hasn't reached the level of testing promised almost six weeks ago.

In March, Ontario officials said they would be testing 20,000 people by mid-April. But for the past seven days the province has only done 12,500 tests per day, with a target of 14,000 tests per day by the end of this week.

British Columbia is only testing about 2,000 people per day, according to Dr. Bonnie Henry, the province's chief medical officer of health.

"I think, obviously, Canada can do better," she said. "We've done a lot, and we're very happy with the growth of testing that's happening in the capacity of provinces and territories."

WATCH | Epidemiologist explains why testing is key to reopening the economy 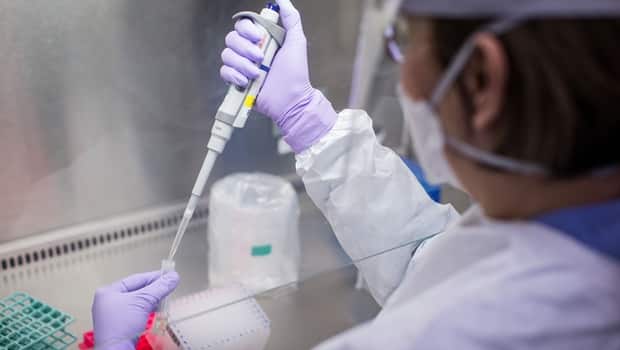 10 months ago
5:26
'There will be re-infections,' says Dr. Christopher Labos, but if they can be identified early, he says it should help with efforts to contain the virus.   5:26

Hajdu added that the federal government has contracted a New Brunswick company to supply some of the desperately needed reagents — particular chemicals needed to conduct the tests.

"Now we have a local manufacturing source for that reagent, which is making it a lot easier to get that component of the testing done."

LuminUltra is to supply the federal government with 500,000 RNA/DNA isolation kits per week.

CEO Patrick Whalen said the company will have shipped one million test kits to provincial labs by Thursday.

"We are providing this RNA isolation kit that is optimized to function on a specific extraction device, a robotics device that processes 96 samples at a time," said Whalen, adding it's designed to work on equipment that is commonly used in provincial health labs across Canada.

But there are other chemicals needed at different stages of the test, and the supply of those chemicals is also strained.

"We are ramping up our ability to produce the assay kits, as well — the step that comes after the isolation process — but we have not been called upon or asked to produce those for the provincial health labs yet," Whalen said.

What about the Spartan Cube?

Ottawa's Spartan Biosciences has been applauded for its rapid DNA analyzer, the Spartan Cube, that has been adapted to do COVID-19 tests. Health Canada approved the test two weeks ago, but it's still not clear whether the test has added any capacity to the system.

CEO Paul Lem said he could not reveal precisely how many of the portable DNA analyzing machines Spartan has shipped to the federal government or the provinces, citing the need to protect proprietary information.

"Unfortunately, I can't tell you," Lem said. "We want to keep that competitive intelligence away from our competitors."

He would only say the company has shipped "close to 100 or more." 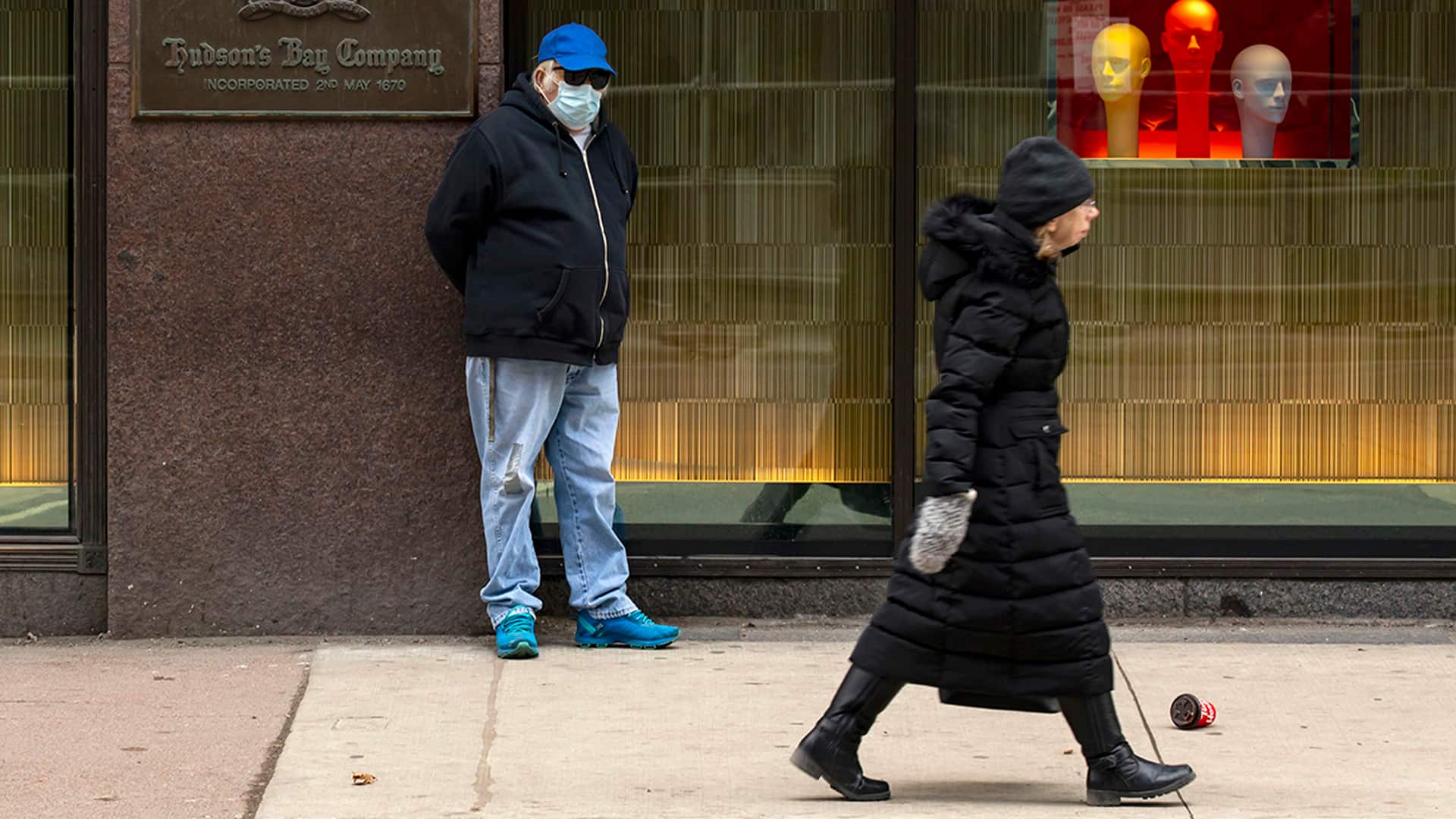 10 months ago
2:37
An emergency room doctor answers your questions about the COVID-19 pandemic, including the latest advice on whether healthy people should wear masks. 2:37

Each cube can perform one test per hour, which would be a maximum of 24 tests per day per machine. Lem said the company is shipping thousands of the tests that are designed to be used with the company's tiny testing machine. But he couldn't say whether they are being used yet.

Health Canada's media office was unable to say how many Cubes have been purchased and received so far, or whether any of those Cubes is currently being used to do COVID-19 tests.

One key question as social restrictions are eased will be determining who is tested.

As B.C.'s Henry noted, that province is testing anyone with symptoms.

"We need to have a broader understanding of where cases and clusters are coming up in our communities," Henry said.

Henry said there is no point in testing people without symptoms unless they are within a specific outbreak, such as in prisons or long- term care settings.

Hospitals want to be able to test every patient who is admitted, not just people who have symptoms of COVID-19.

That's one reason some front-line doctors are saying it's too early to ease restrictions.

"It's trying to find that balance between opening things up and not opening up too much because we'd have such a surge of cases, we'd go right back to the concern we had a month ago," said Dr. Michael Gardam, chief of staff at Humber River Hospital in Toronto.

"It's an unbelievably tricky balancing act to try to figure out the way forward," he said. "To be blunt, it was so much easier to shut things down than it will be to open them up."

The other side of testing is the need for legions of contact tracers to track down everyone who was encountered by every person who tests positive. It's a daunting undertaking.

"Contact tracing is really important," said Henry. "It's what helps us understand where people are that might have been exposed to the virus and maybe developing symptoms," she said. "Because the incubation period is so long for COVID-19, that gives us the opportunity to find people and make sure they're isolated before they can transmit to somebody else."

B.C. has been building up its contact tracing capacity, Henry said.

"We're looking at how we can use technology to facilitate that, but really there's nothing out there that takes the place of having an individual connect with each of the contacts."

The federal government put out a national call for COVID-19 volunteers that received almost 58,000 responses by the time it closed last Friday. The provincial and territorial governments can call upon those people as needed, said Andre Gagnon, a spokesperson for Health Canada.

But he said most of them won't be working in contact tracing.

"The lists of volunteers have been shared with a number of jurisdictions, mostly to support long-term care. Each jurisdiction will be determining when and how they will be deploying volunteers."