Suicide attempts and insurance: Why you might not be covered

Canadians who try to injure or kill themselves could be forced to pay their own medical expenses because of policies found in the fine print of ehealth insurance plans that mental health advocates are denouncing as cruel, discriminatory and outdated.

Medical expenses excluded from many private health insurance plans, whether person is 'sane or insane'

Diana Swain and Marnie Luke · CBC News · Posted: Dec 09, 2015 5:00 AM ET | Last Updated: December 9, 2015
Canadians who try to injure or kill themselves could be forced to pay their own medical expenses because of policies found in the fine print of employee and individual health insurance plans that mental health advocates are denouncing as cruel, discriminatory and outdated. 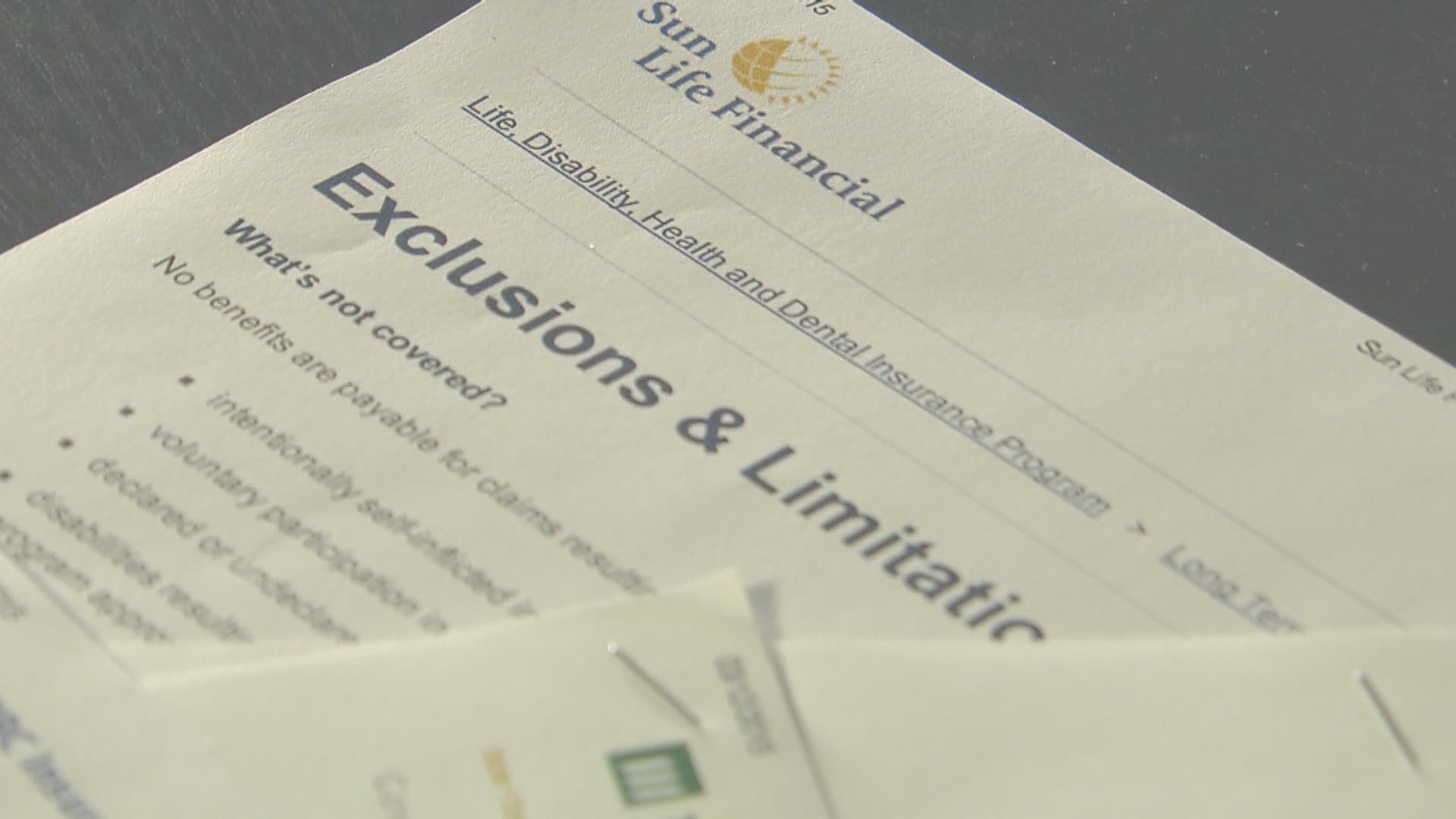 A CBC News investigation has found that leading insurers such as Manulife, Desjardins, SunLife and Great-West Life, among others, can deny coverage for costs associated with attempted suicide or intentionally self-inflicted injuries.

Several policies specify that the exclusions apply whether the person is "sane or insane" at the time.

"It`s absolutely wrong-headed and it should be changed," said Bill Wilkerson, a former executive in the insurance industry who now educates businesses on the impact of mental illness in the workplace.

Nearly 4,000 people die as a result of suicide across the country each year, according to Statistics Canada, and mental health professionals estimate up to 80,000 try to kill themselves.

Public health insurance covers most hospital expenses, but additional treatment for things like psychotherapy, medication and physiotherapy is excluded from many private and employee benefit plans.

"It's cruel. I mean who's more vulnerable than people who are already attempting to kill themselves?" said Jennifer Chambers, an advocate with the Empowerment Council, which works with current and former clients at the Centre for Addiction and Mental Health in Toronto.

Not a recreational activity

Mental illness is believed to be a factor in approximately 90 per cent of suicides in Canada, according to the Centre for Addiction and Mental Health.

While most people are familiar with insurance companies refusing to pay life insurance if a person dies by suicide within two years of taking out a policy, experts were surprised to learn that CBC News found additional exclusions in many benefit plans, regardless of how long a person has been insured.

"It's one of those hangovers from an ancient time of stigmatizing mental illness and viewing the destruction of someone under those circumstances as either a crime or a sin when it is neither," Wilkerson said.

Suicide was a criminal offence in Canada until 1972.

Insurance companies contacted by CBC News responded through their umbrella organization, the Canadian Life and Health Insurance Association. In a statement, the assocation said: "The general purpose of insurance is to protect people in the event of an unexpected injury or illness, and not for losses which result from the insured person's deliberate actions."

Dr. David Goldlboom, a psychiatrist at CAMH and past chair of the Mental Health Commission of Canada, cautioned against viewing suicide and self-harm entirely as acts of free will.

"When you're in the grips of an illness like depression or psychosis, your true degree of freedom and the ability to envision alternatives other than hopelessness, fear, terror and futility are profoundly restricted by the illness itself," he said.

After CBC contacted the Centre for Addiction and Mental Health about this story, CAMH found a clause excluding "intentionally self-inflicted injuries, regardless of any health issues" in its own employee insurance policy.

It is now in talks with Desjardins Insurance about having it removed.

"I am hopeful that it is part of a larger process of … changing the wording and underlying ethos," Goldbloom said.

Wilkerson believes many Canadian companies don't realize the exclusionary clauses are even in the policies being offered to their employees, and thinks it's time they put pressure on the insurance industry to get them removed.

Differences in the U.S.

(The CBC's policy with Great-West Life excludes coverage for losses resulting from suicide, suicide attempts and intentional self-inflicted injury, including the qualifier "while sane or insane." CBC spokesperson Alexandra Fortier said in a statement: "Our insurance policy is similar to the majority of other group insurance policies. We apply general exclusions in group benefits.")

In the United States, similar exclusions for attempted suicide and intentionally self-inflicted injuries were removed from employee insurance plans almost 10 years ago, under the Health Insurance Portability and Accountability Act.

"I think the insurance companies need to remove the exclusionary criteria," she said.

"And if they fail to do so, I think that there should be a human rights or [Charter of Rights and Freedoms] complaint lodged against them."