A dentist uncovered a pile of confidential U.S. sugar industry documents that reveal use of Big Tobacco tactics to deflect growing concern over the health effects of sugar. 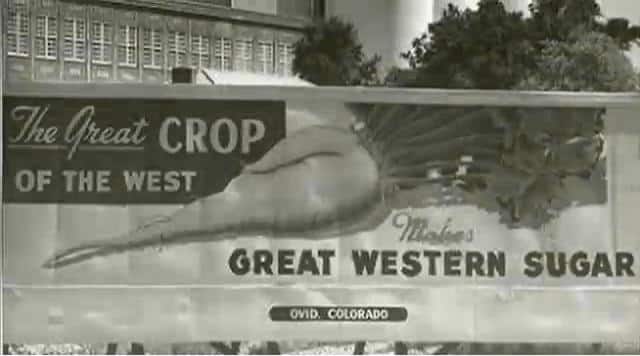 When Cristin Couzens went on the hunt for evidence that Big Sugar had manipulated public opinion, she had no idea what she was doing. She was a dentist, not an investigative reporter. But she couldn't let go of the nagging suspicion that something was amiss.

Her obsession started in an unlikely place, at a dental conference in Seattle in 2007 about diabetes and gum disease. When one speaker listed foods to avoid, there was no mention of sugar. "I thought this was very strange," Couzens said. And when a second speaker suggested sugary drinks were a healthy choice, she chased him down at the end of the conference to make sure she'd heard him correctly. "How could you possibly recommend sweet tea as a healthy drink?" she asked the speaker, who paused just long enough to say, "There is no evidence that links sugar to chronic disease," before he bolted out the door.

"I was so shocked by that statement," she said, "I felt obligated to do a little bit of research, thinking perhaps the sugar industry had somehow had an influence over the lack of advice to limit sugar intake to prevent and control diabetes. That's what set me off."

She quit her job, exhausted her savings and spent 15 months scouring library archives. Then one day she found what she was looking for, in a cardboard box at the Colorado State University archives.

"The first folder that I opened jumped right out at me," she said. "It was on the Sugar Association letterhead which is the trade association in Washington for cane and beet sugar producers. And the word "confidential" was right under the letterhead. So the first document I saw was a confidential Sugar Association memo talking about their PR strategies in the 70s."

What Couzens found was something food industry critics have been seeking for years — documents suggesting that the sugar industry used Big Tobacco tactics to deflect growing concern over the health effects of sugar.

"So I had lists of their board reports, their financial statements, I had names of their scientific consultants, I had a list of research projects they funded, and I had these memos where they were describing how their PR men should handle conflict of interest questions from the press," she said.

The documents survived in the Colorado University Library Archives only because they helped explain a photograph of three men and a trophy. When the Great West Sugar Company went out of business in the 1980s, someone put the files in a box so that librarians would know who the men were and why they were being honored. So who were they?

"That was a picture of sugar industry executives being awarded the Silver Anvil, which is like the Oscars of the PR world," Couzens said. In the 1976 photo, the president of the Sugar Association and its director of public relations smile as they pose with their prize for their successful campaign "forging public opinion," in the face of mounting consumer and government concern over the health risks of sugar.

"It's a little bit shocking to me that an industry would be rewarded for manipulating scientific evidence," Couzens said. "At the time the award was given in 1976, there was a controversy. Many people thought sugar was harmful, the sugar industry wanted to turn public opinion toward thinking sugar was safe so they forged public opinion on how the public viewed the effects of sugar," she said.

The Sugar Association's president reported to the Board of Director's meeting in October, 1976 that, "in confronting our critics we try never to lose sight of the fact that no confirmed scientific evidence links sugar to the death-dealing diseases. This crucial point is the life blood of the association."

And the Sugar Association was clear about its intention to use science to defeat sugar’s critics. To support "our desire to maintain research as a main prop of the industry's defence," the member companies were told that $230,000 was being reserved to fund scientific research, according to a report from the Sugar Association's annual meeting of the board of directors, in Chicago in 1977.

At the next meeting, a year later in Washington, the Sugar Association updated the board of directors on the research program, listing 17 different scientists at some of the world's most prestigious universities, including M.I.T., Harvard, and Yale, receiving sugar industry money

Some of the money was supplied by "contributing research members," heavy sugar users including "Coca-Cola, Hershey, General Foods, General Mills and Nabisco" who contributed the funds specifically for the lobby group's scientific effort. The document reports that those companies each "contributed $10,000 to our general research fund."

The documents also reveal efforts to manipulate media coverage. The Sugar Association had been stung by a New York Times headline: "The Bitter Truth About Sugar," written by a prominent nutritionist in June 1976. "It's bad for the health, bad for the teeth, and we eat more of it than we think", the article declared.

The Sugar Association president warned the board of directors that this "shoddy piece" was being followed up by "naive writers working for other papers around the country." But the association had saved the day. Thanks to an inside tip, they were able to keep Reader's Digest from running a condensed version of the same article.

"Thanks to friendly sources who alerted us, a progressive approach to research by the Digest and persistence on our part, we were able to persuade them to cancel the story," the document reports. "We did it in two stages. We failed in our initial conversations, but succeeded when we took our case to the editor-in-chief. Our telegraph to him is included in your folders and might be helpful should you be confronted by criticism."

The documents Couzens found in that cardboard box also reveal that the Sugar Association was busy trying to block dietary guidelines that would recommend limits on sugar consumption. At the time, the US Senate Select Committee on Nutrition and Human Needs, headed by Senator George McGovern, had released "Dietary Goals for the United States," which recommended that Americans should reduce their sugar intake by 40 per cent.

The Sugar Association had been warned by a committee insider that "the final conclusions would hang sugar," the association's president reported to the board in 1977.  And now that the committee's report had been released the results "certainly bear this prediction out," he added.

But the lobby group had a plan. "The McGovern Report has to be 'neutralized'" that document reports, assuring the members that the Sugar Association would fight back, because "the consequences of losing this battle and permitting dietary goals to become a basic reference are too grave to be taken lightly."

When Couzens approached the sugar industry for comment, she was told the documents were ancient history. "They gave a comment like, that was in the past and does not reflect the mission of the sugar association currently," she said. But then she found one more document, an internal Sugar Association e-newsletter from August, 2003 that announced "the Sugar Association is committed to the protection and promotion of sucrose consumption. Any disparagement of sugar will be met with forceful, strategic public comments and the supporting science."

Couzens said that document showed "the sugar industry is still very active in nominating scientists to serve on the dietary guidelines advisory committee, and it is still publishing research through connections with the World Sugar Research Organization, based in London. These scientific reviews that are published by the sugar industry are still considered in the evidence review for the dietary guidelines, so they’re still serving to balance out the evidence," she said.

Armed with all of these documents, Couzens' next challenge was to make them public somehow. She sought out author Gary Taubes, an American science writer who has reported extensively on the health effects of sugar. He listened to her story and offered to help her get the documents published in the independent news magazine Mother Jones, under the provocative title "Big Sugar's Sweet Little Lies." What happened when this bombshell was finally revealed, after months of research and sacrifice?  Nothing, Couzens said. The story failed to be picked up by the mainstream media.

Couzens blames it on Hurricane Sandy. The media was distracted. But, she said, the story "has gotten particular attention from food policy folks here in the U.S. and also from researchers who had been studying the tobacco industry who see the parallels," she said.

"I thought it was just wonderful and I got in touch with her right away," said Marion Nestle, author of Food Politics, a professor at New York University and vocal food industry critic. "Those kinds of things are very, very hard to come by. One of the things that brought down the cigarette companies was finding enormous documentation of the efforts of cigarette companies to cover up the fact that they knew that cigarettes were unhealthful. It's very, very difficult to find those kinds of things, so it was a real treasure."

When CBC News asked the Canadian Sugar Institute for comment on the revelations that the sugar lobby group influenced science and public opinion, it didn't answer the question. Instead we received this reply: "The Canadian Sugar Institute (CSI) is the national, non-profit association representing Canadian sugar manufacturers on nutrition and international trade affairs. I am providing you with a summary of the scientific consensus on some common misconceptions about sugars and health."

This is the second of two special features by CBC health reporter Kelly Crowe on how industry designs food so that we crave them.

With files from CBC's Brigitte Noel