Germaphobe commuters can relax. Subway surfaces are covered with normal bacteria from some surprising sources, say biologists who hope to use the information to build an early warning system for public health threats.

Germaphobe commuters can relax. Subway surfaces are covered with normal bacteria from some surprising sources, say biologists who hope to use the information to build an early warning system for public health threats.

In cold and flu season, some riders in the subterranean world of packed public transit cars may be tempted to avoid touching grimy, germy surfaces.

The reality is, bacteria on subway poles, hanging straps, seats and station turnstiles and touchscreens aren't much different than what's on and in you.

Researchers at Harvard University in Boston collected microbial samples from across the city's subway system and created a profile of the bacterial communities based on genetic sequencing data. The findings were published in mSystems, a journal of the American Society for Microbiology. 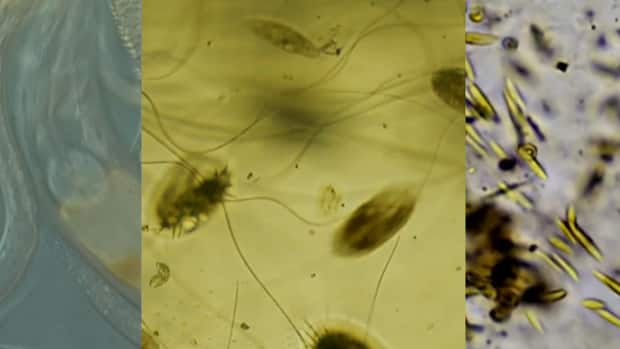 "I wouldn't recommend licking the seats any time soon, but we're not finding things there that are overtly dangerous either," said the study's senior author, Curtis Huttenhower, an associate professor of biostatistics at the Harvard T.H. Chan School of Public Health.

Huttenhower likens the diversity of bacteria on the subway from thousands of people to shaking many hands.

Bacteria from people's skins and mouths dominated, the researchers found.

"On the vertical poles, you've got the viruses and bacteria that come from breathing," said Timothy Sly, a professor in the school of public health at Ryerson University in Toronto, in an interview on a TTC  subway car. "On the seats, we're going to get them more from our nether regions. In the air generally, we get it from skin and from hair. Upstairs where the ticket machines are, dust coming in from outside."

Sly said people who are worried about microbes should keep in mind our world was never sterile.

"We need a good healthy amount of bacteria in our system to fight bad ones, should bad ones appear. Now in the case of a real epidemic or pandemic, we want to take a little extra precaution," Sly said.

Should an outbreak of infectious disease occur, Huttenhower said knowing what bacteria are normally present in our built environments could help. "We can use that as an early warning system to detect if it's leaving baseline or changing," he said.

The Boston team and other researchers around the world used DNA sequencing technology to study a broader spectrum of bacteria more efficiently and with greater precision.

Huttenhower's team plans to do another study to see if the subway microbes are alive and actively growing, dormant or dead.