Canadians in several provinces face long lines for a swab to help diagnose COVID-19 as school and workplaces open. New testing technologies could help, but doctors say they won't be a silver bullet. 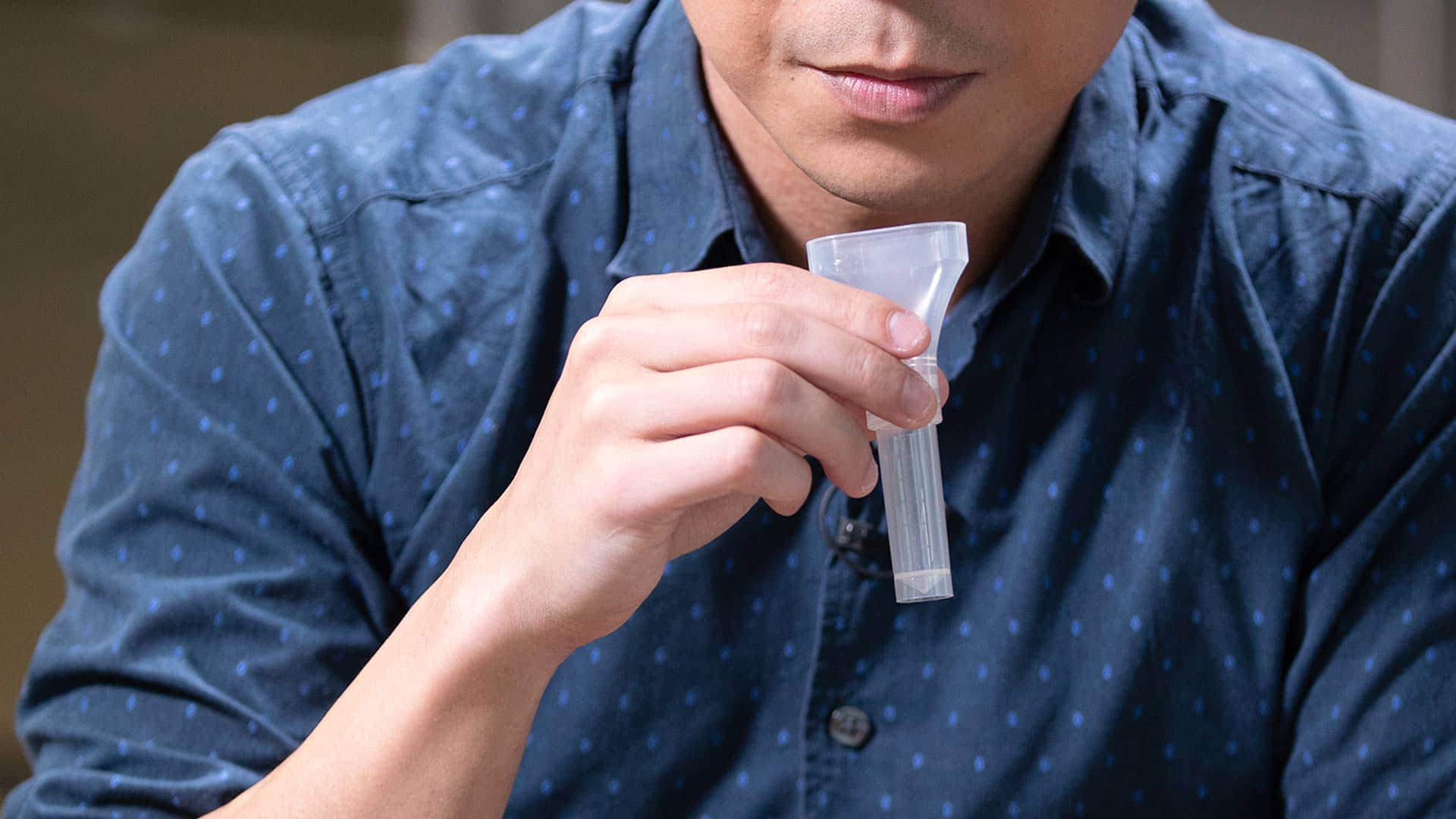 Is the future of COVID-19 testing at home?

1 month ago
5:58
Instead of waiting in a long line for a COVID-19 test that involves getting a swab stuck up the nose and sometimes waiting days for results, scientists are developing saliva-based tests and produce results in minutes. Is the future of testing more comfortable and done at home? 5:58

Canadians in several provinces face long lines for a swab to help diagnose COVID-19 as school and workplaces open. While new testing technologies could help, doctors say they won't be a silver bullet.

The gold standard swab of the nose or throat can be uncomfortable. In contrast, a key promise of saliva tests is that people could collect saliva themselves so that fewer nurses and other health professionals would be needed at assessment centres, as staffing is one of the factors that can drive up wait times.

But that ideal won't happen immediately. Currently in Canada, both saliva collection and testing remain a research project that regulators are closely evaluating.

There are three main barriers to overcome before saliva tests roll out widely.

Gobs of saliva vary in how fluid they can be, so collecting a high-quality sample can be a challenge even for something as non-invasive as spitting into a cup. The next hurdle for scientists is to get accurate and consistent results on the presence of the virus. Finally, clinicians need to determine how well the test results help them to correctly identify those with the disease.

Dr. Mel Krajden, medical director of the public health laboratory at the BC Centre for Disease Control, said health professionals face a quandary in finding the best ways to support a return to school, with all of its formative benefits for students, while protecting the oldest people at highest risk for severe consequences from COVID-19, such as grandparents or parents who are vulnerable because they have other health conditions.

Krajden said in his experience, saliva testing works better with COVID-19 patients in hospital than on people living in the community who've tried it as part of a research project. His Vancouver lab is working on a simpler approach to collection than the traditional nasal swab using a saline gargle that seems to work in older children.

On Thursday, British Columbia announced it's introducing a new mouth rinse, gargle and spit test for students from kindergarten to Grade 12 to make it easier for children and teenagers to check whether they have COVID-19. But this new test is only offered to school-age kids, and only in B.C.

"What we need to be thinking through is what is the best mixture of tests and how are they best supplied?" Krajden said. "You want to have the right balance between convenience and sensitivity." 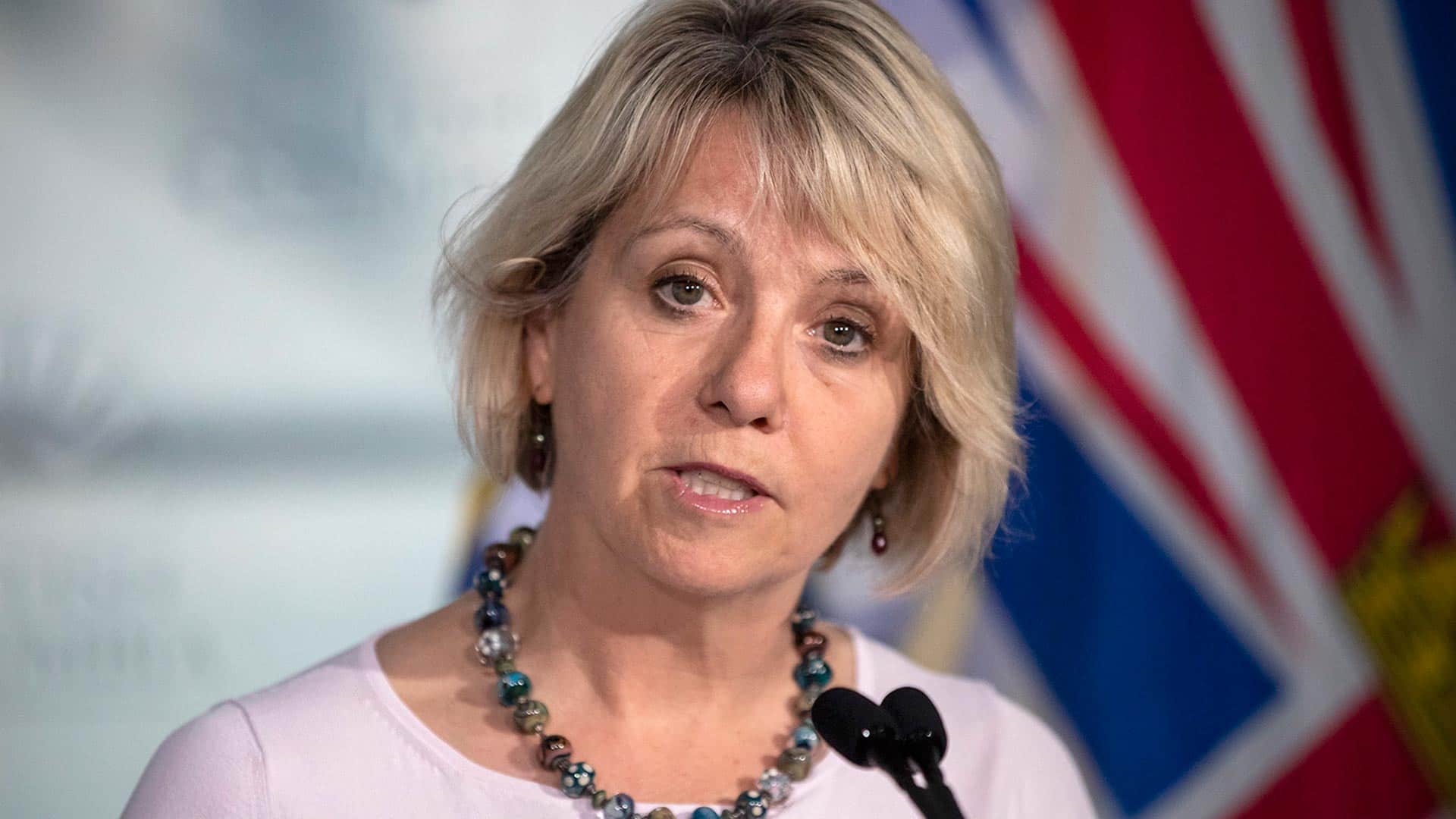 1 month ago
1:28
British Columbia approves a new COVID-19 test for children that has them swish and gargle salt water then spit it into a tube as an alternative to the nose swab test. 1:28

Health Minister Patty Hajdu said on Wednesday that Health Canada will not approve a test that endangers Canadians' health because they are inaccurate or offer a false sense of security.

In Canada, the mobile Spartan Cube was recalled because of reliability problems with its swab for the lab-in-a-box PCR test (also known as a polymerase chain reaction test) that was billed as providing results in less than an hour. In the United States, wide-scale problems early on with another PCR test developed by the Centers for Disease Control and Prevention hampered containment efforts.

A different technology, a molecular test launched by Illinois-based Abbott that the company says can deliver positive results in as little as five minutes, was also subject to a recall. It aims to detect the virus during active infection.

The outstanding questions about saliva tests include: How good an alternative could they be to a nasal or throat swab, who would benefit — such as different age groups or those who show symptoms — and when would they be available?

For governments and clinicians globally and across Canada, the challenge now is to organize all kinds of testing to allow society to function while preventing transmission to those at highest risk of severe consequences.

Dr. Larissa Matukas, head of the microbiology division at St. Michael's Hospital, Unity Health Toronto, said experts and policy-makers need to shift gears to understand where cases are multiplying and shut them down quickly by moving resources, including testing, to where there are signs of concern.

Matukas said the first step is finding cases by improving access to diagnostic nasal or throat swabs or having a health-care professional evaluate symptoms.

"Unfortunately, there's been this drive, particularly in Ontario, to reach a particular number of tests per day indiscriminately of who is actually being tested," she said.

Other, equally important parts of containment have been neglected, Matukas said, such as governments communicating a clear need for all people with symptoms compatible with COVID-19 to get tested immediately and to self-isolate while they wait for the test result.

Dr. David Williams, Ontario's chief medical officer of health, said Thursday that people who haven't been in contact with a case, aren't connected to an outbreak, haven't received a notification from the COVID Alert app and don't have symptoms "might want to defer your visit" until the demand for tests falls.

Similarly, Dr. Deena Hinshaw, Alberta's chief medical officer of health, announced Thursday that testing is no longer recommended for those with no symptoms and no suspected exposure. The shift is part of the province's preparations for flu season.

The level of disease in a particular community also makes a difference in misdiagnosing COVID-19 — another accuracy wrinkle to overcome in adopting quick, at-home saliva-based antigen tests for use in Canada.

"All new technologies are always welcomed," Matukas said. "They always need to be evaluated in an objective, independent evaluation, and that's the purpose of not just Health Canada, but that's my job."

As a medical microbiologist, Matukas carefully evaluates every diagnostic test introduced to ensure it meets the performance characteristics patients need in hospital. As part of her evaluation, new technologies are compared with  a standard way of testing as a reference.

Lab workers need to do the same quality-assurance steps to check tests and equipment from all manufacturers. The goal is to ensure they perform well under real-life conditions, not just optimal ones.

Antigen tests that are used to identify mid-infection as the microbe multiplies, such as rapid tests for strep throat, is another technology under evaluation to help detect people who likely have COVID-19 in schools, long-term care homes or other high-risk environments.

Krajden, of the BCCDC, said more data is needed to determine when it makes sense to deploy antigen tests to quickly inform decisions.

Matukas said people living in long-term care will continue to be a priority for diagnostic testing.

Living in an area with a high prevalence of the disease, taking part in certain activities — such as waiting tables, driving a cab or attending a large gathering —  and not using personal protective equipment also contribute to the risk.

On the other hand, scolding people for breakdowns that can't be controlled could drive some people underground and make it harder to detect cases, Matukas said.