Ryan Straschnitzki suffered a severe spinal injury in the crash of the Humboldt Broncos team bus. His doctors talk about what happened to the teen hockey star in the crash, and the issues this kind of injury poses as he heals.

Ryan Straschnitzki and his doctors talk about his injury, treatment, and what the future holds

Ryan Straschnitzki heard the bus driver say "whoa," and says he saw a semi truck in front of the Humboldt Broncos team bus in the seconds before the horrific crash on April 6 in Saskatchewan.

Then he blacked out.

When he woke, his back was against the cab of the truck; he was in a lot of pain and he couldn't move.

The sheer force of that crash at highway speeds killed 16 and left many of the 13 survivors with extensive injuries. Straschnitzki suffered damage to several parts of his body, but the most serious was to his spine.

"He had a shearing type of injury through his upper back," says Dr. Ken Thomas, an orthopaedic surgeon and Straschnitzki's current doctor at the Foothills Medical Centre in Calgary.

"The spinal cord passes through the vertebral bodies. So when you shear that spinal column, the spinal cord gets hung up and pinched and bruised."

When Straschnitzki arrived at Royal University Hospital in Saskatoon the night of the accident, he was alert and able to tell the doctors he couldn't feel anything in his legs.

A detailed neurological examination revealed he had a fracture between the second and third vertebrae of the thoracic spine, quite a rigid part of the spinal column that connects to the ribs.

He was unable to move anything below his mid chest.

When he was thrown from the bus, it appears "he landed on his shoulders on the ground with neck flexed, and with his head curled up like you'd do in a somersault," says Dr. Daryl Fourney, the neurosurgeon on call that night.

"It was like a bad somersault, there was too much flexion and compression of the vertebrae."

Current research suggests decompressing the spine as quickly as possible, within 24 hours of the injury, can yield the best results — although it's not always feasible to do complex spinal surgery in that kind of timeframe.

In Straschnitzki's case it was, and the next morning he underwent a four-and-a-half hour operation to realign his vertebrae so as not to further pinch the spinal cord. Dr. Fourney removed a ruptured disc and some bone to stabilize the spine, then held it in place with tiny screws.

"He did fine through the surgery," the doctor says.

But the injury was severe.

"I had the discussions with Ryan and his family," Dr. Fourney explains. "The chance of significant recovery, with current technology in 2018, is poor. It is unlikely he will regain any meaningful function below the level of the injury."

Last week there was a flurry of excitement when Straschnitzki felt his toes move. He texted his parents, and as he is known to be a bit of a prankster, he included a short video of the movement.

Two days later, mother Michelle Straschnitzki said it happened more than once, but then nothing else. "We think it was a bit of a twitch," she says, but it was still "very exciting for us."

Doctors caution tiny bits of movement can be a reflex, reflecting spasticity below the injury as muscle tone changes.

"Even with a little movement in the toes, it's a long way to go to translate that into a big difference in motor recovery," Dr. Fourney says.

"I hope he can make gains. I'm not saying that he can't make improvements, not that there is zero chance, but the likelihood of meaningful improvement is low." 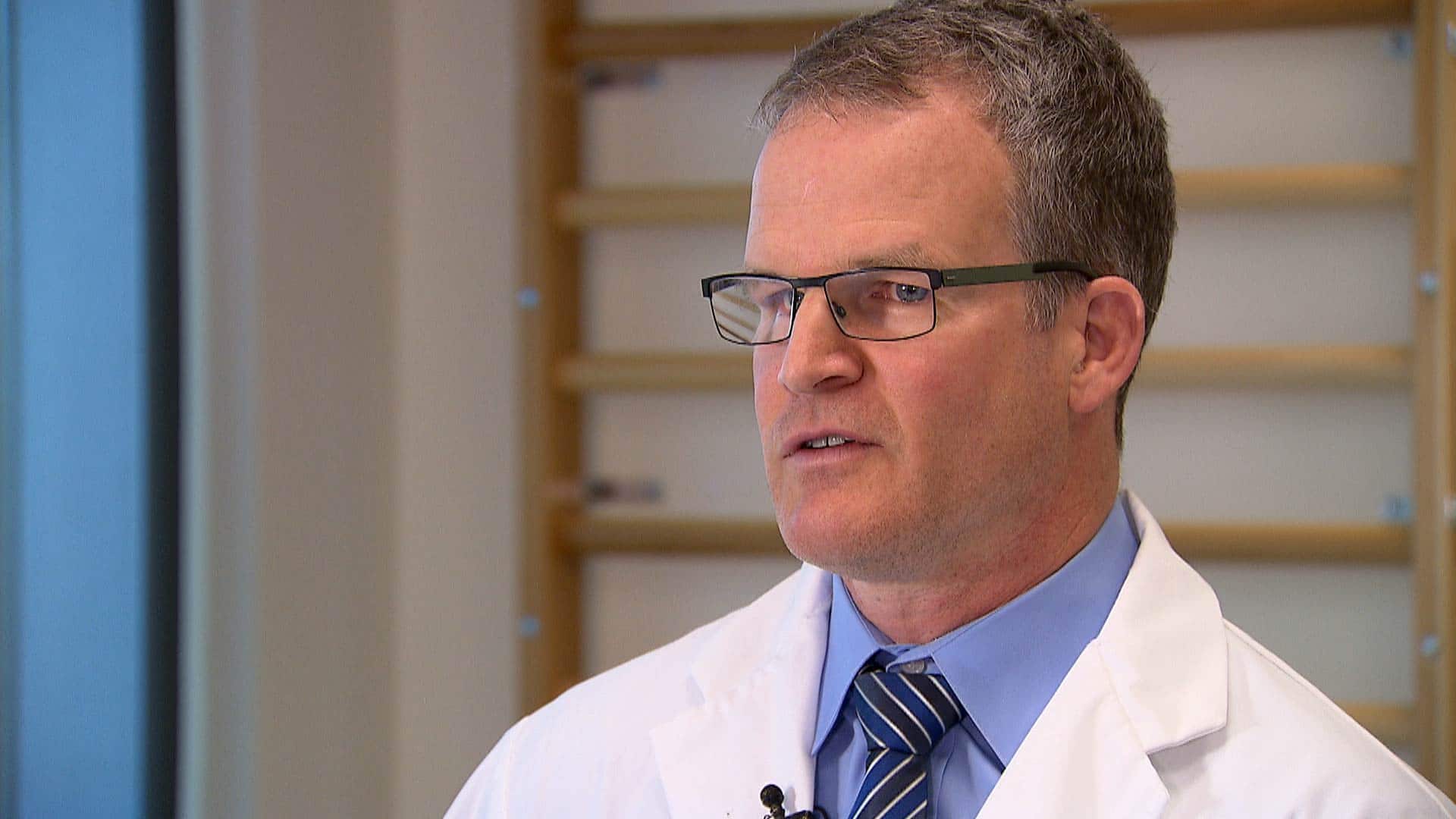 3 years ago
1:03
Dr. Ken Thomas, a spinal specialist helping care for Humboldt Broncos player Ryan Straschnitzki who was paralyzed from the chest down in the horrific crash of his team bus in Saskatchewan, says it's difficult to predict a patient's recovery. But he adds that Straschnitzki is 'motivated and resilient,' which is crucial in healing this kind of injury. 1:03

'We are not there yet'

A lot of the ongoing research into spinal cord injuries is coordinated by the Rick Hansen Institute in Vancouver. The Royal University Hospital in Saskatoon is part of a pan-Canadian registry the institute maintains, where patient data is uploaded and stored.

The large database allows researchers to ask broad questions about treatments and how patients respond. This includes details about some clinical research underway involving medications for the spinal cord that might help it heal.

Unfortunately, while the Royal University is involved in an investigative trial with Vertex VX-210, a drug which is applied the spinal cord, Straschnitzki's injury does not fall within the parameters of that study.

Simply put, says Dr. Fourney, "we are not there yet" when it comes to repairing the kind of severe spinal damage Straschnitzki suffered.

That's hard news for a teenage athlete to absorb.

There has been progress, however, in helping patients cope with the many medical complications and the physical rehabilitation after a spinal injury.

Straschnitzki has "very good movement" in his arms, says Dr. Thomas, but his "paralysis from the mid chest down can affect his breathing and all his internal organs as well as the motor function."

With a spinal injury at the T3 (in the upper thoracic area), the body must adapt physiologically to the changes. Straschnitzki has to practice sitting up without getting dizzy, for example, a problem caused by a lack of muscular tone in his blood vessels in the lower parts of his body, where the blood can have a tendency to pool.

"Sitting up and moving forward, I can go farther and farther each day, and with my rehab doctor I can move my neck a lot more," says the former defenceman for the Broncos. "Everything's getting better and hurts less."

He also has to build upper body strength so that ultimately he can lift himself into a wheelchair.

Luckily, Straschnitzki is young and strong already. But with a fresh surgical wound on his back, a broken clavicle and scapula, and a punctured lung, there are significant medical issues to resolve as he starts building new muscle and new strength.

"From what the doctors tell me, everything's in check," Straschnitzki told CBC News. "Once I'm able to start moving my arms more, rehab will begin."

Ryan Straschnitzki, 19, survived the Humboldt Broncos team bus crash that killed 16 people in Saskatchewan earlier this month. Susan Ormiston talked to him about coming to terms with his injuries, the crash and his road to recovery. <a href="https://t.co/yAo9V7Gt5V">pic.twitter.com/yAo9V7Gt5V</a>

'A sense of resiliency'

Straschnitzki has absorbed the medical diagnosis that he may not walk or play hockey ever again.

Dr. Thomas says his patient has "difficult challenges ahead for him." But the doctor adds that he also has a positive attitude, which is crucial when dealing with the physical and mental challenges of healing.

"Ryan is very open, motivated to tackle this head-on, and he has a sense of resiliency," says Dr. Thomas.

"It's important to be motivated, and I can relate to that — I've seen it in many other young people with these injuries."

The 19-year-old is adapting to paralysis with courage, taking inspiration from Paralympians who've visited him in hospital. The Calgary trainer who prepared him for hockey camp last summer is already developing a new program for abilities training.

As a competitive athlete, Straschnitzki says he's already looking ahead to maybe coaching or recruiting, and potentially sledge hockey or other Paralympic sports.

Straschnitzki's attitude impresses the medical teams who responded to the Code Orange at Royal University Hospital the night of the accident.

"So many casualties all at once, it was hard," says Dr. Fourney. "Every neurosurgeon and resident who could come in did; I was very proud of my colleagues."

And now, seeing how 19-year-old Ryan Straschnitzki is coping with what is likely a lifelong injury, he adds, "his message of strength is inspiring."

WATCH: Ryan Straschnitzki discusses his determination to stay involved in hockey through scouting, and potentially Paralympic competition, in Susan Ormiston's feature from The National: 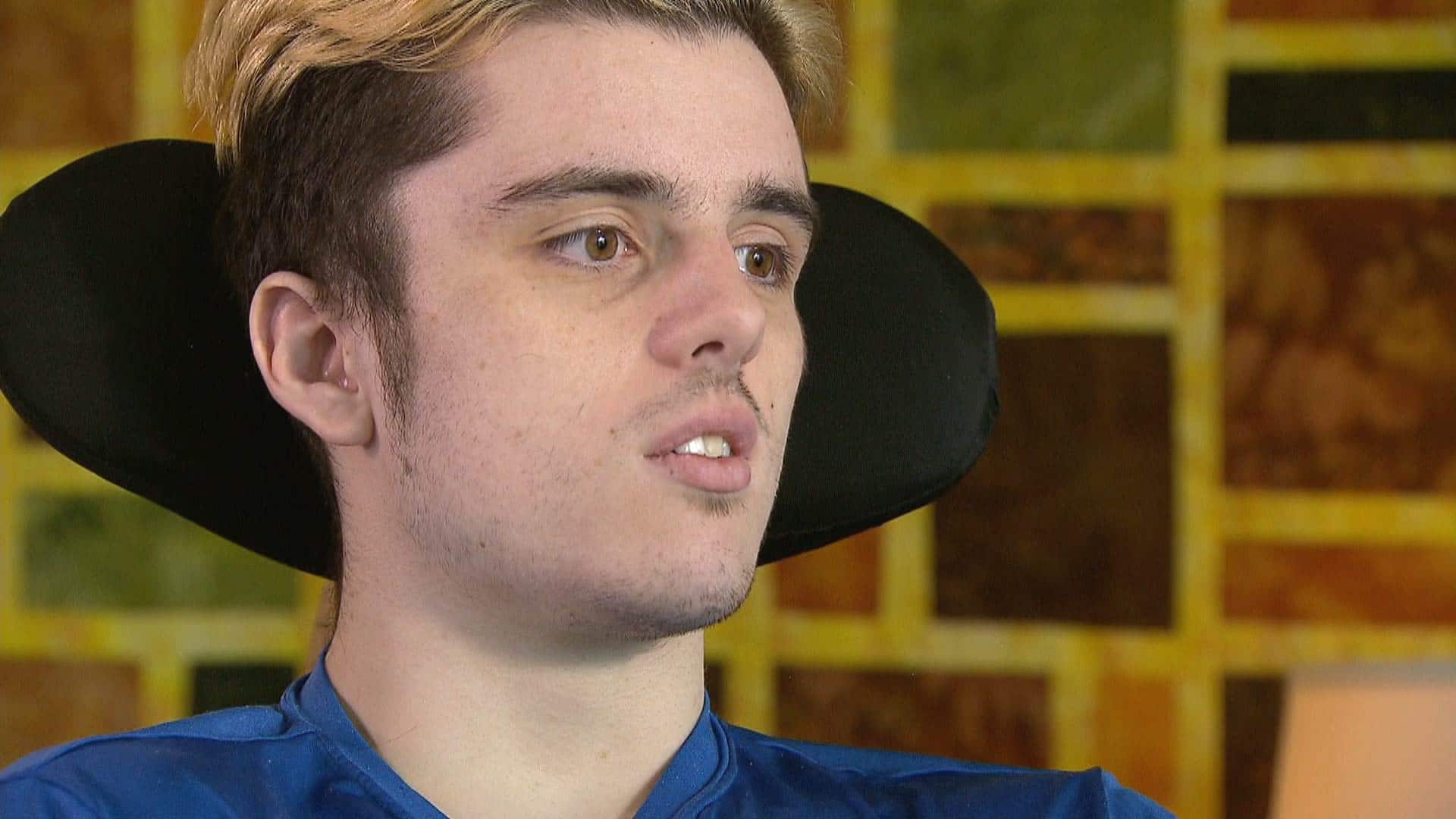 3 years ago
6:03
Ryan Straschnitzki, a survivor of the Humboldt Broncos crash, still sees a future in hockey — whether it's playing for the national sledge hockey team, as a coach or a scout. In this exclusive interview with CBC News, Straschnitzki recounts the day of the crash, his struggle since then, and how he draws the courage to keep battling every day. 6:03
CBC's Journalistic Standards and Practices|About CBC News