Robotic arms often allow surgeons to make smaller, more precise incisions, but experts say for some procedures, questions remain about whether they improve safety and outcomes for patients.

He's used to being hands-on. But now he can watch as Canada's first orthopedic surgical robot — the MAKO Rio Surgical Robotic System — does a lot of the work.

In January, the robot, guided by Adili and his team at St. Joseph's Healthcare in Hamilton, Ont., performed its first partial knee replacement on 66-year-old Peter Sporta.

Adili and his colleagues programmed the robot using 3D modelling, telling it exactly where the cut needed to be made. Then the robot took over.

"The robotic arm becomes the master," Adili said. "I am just pushing the arm and it will only cut ... where it needs to go to match what I created on my 3D model." 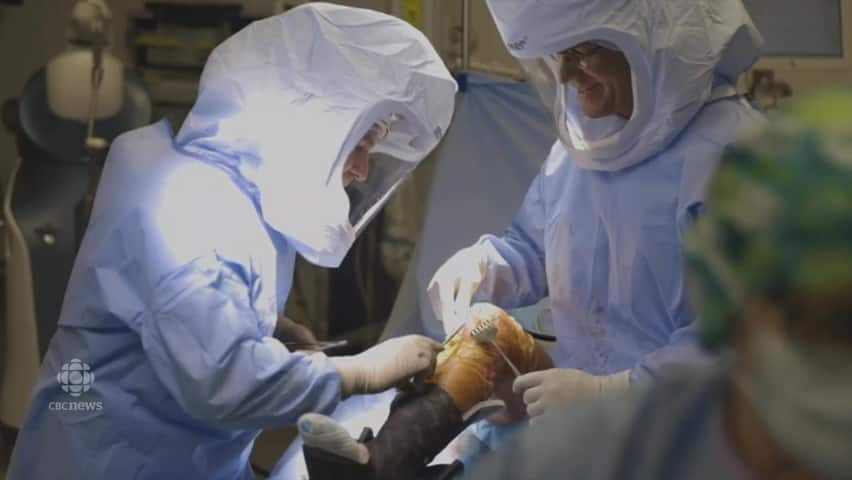 Using a robot to perform knee surgery for the first time

2 years ago
0:37
Doctors at St. Joseph's Healthcare Hamilton have used a robot to perform a partial knee replacement for the first time in Canada. 0:37

Before the surgery, Sporta said, he was in constant pain and relying on painkillers. Walking was also difficult.

When CBC News interviewed him weeks later, he said "everything seems fine.

Robotic assistance is a good fit for this type of surgery, Adili said, because the mechanical arm can do a smaller, more precise incision. In this case, only part of Sporta's knee was damaged and, with the robot's help, the team was able to target the repairs and preserve the rest of the joint, rather than do a full knee replacement.

"The biggest difference is the ability to accurately get the alignment of the implant exactly where you want," Adili said.

Smaller incisions in surgery can also reduce pain and blood loss and lessen recovery time — all points proponents of robotic-assisted surgery have used to sell the equipment.

American hospitals first embraced the technology about 20 years ago, and robots now routinely assist in a variety of procedures in the U.S., including prostate, gynecologic and heart surgeries.

But some experts say robotic-assisted surgery still comes with many unanswered questions:  Do robotic-assisted procedures achieve better results than traditional surgeries? Are they safer? What about cost?

The answers may depend on the specific type of surgery.

In February, the U.S. Food and Drug Administration (FDA) issued a caution about a "lack of evidence of safety and effectiveness" for robotic surgeries used in mastectomies and other cancer-related surgeries.

"We are warning patients and providers that the use of robotically-assisted surgical devices for any cancer-related surgery has not been granted marketing authorization by the [FDA], and therefore the survival benefits to patients when compared to traditional surgery have not been established," Dr. Terri Cornelison, assistant director for the health of women in the FDA's Center for Devices and Radiological Health, said in a news release.

The FDA said it had received a "small number of medical device reports of patient injury when these devices are used in cancer-related procedures," adding that it "urges health-care providers to complete the appropriate training for the specific robotically-assisted surgical procedures performed."

The technology has been widely embraced too soon, said Dr. Jason Wright, chief of gynecologic oncology at Columbia University in New York.

"Newer doesn't always mean better," Wright said. "For many procedures and many diseases, there isn't long-term data that's available to either prove the safety of robotic surgery or demonstrate that it's superior to other alternatives."

"Unless we can demonstrate that the technology is superior to what's already out there ... I think we really need to look hard and re-evaluate what we are doing in practice," he said.

Two years ago, Dhalla led an expert committee that advised the province not to fund surgical robots for use in prostate removal surgery.

"We haven't found that cure rates are higher with the use of the robot," he said. "And then of course we look at things like complications. And with prostate surgery the big complications are urinary dysfunction and sexual dysfunction. And again there's no good evidence that using the robot reduces the rates of those complications."

Robotic surgery also typically costs more than traditional surgery, partly because the multi-million dollar technology itself is expensive and requires regular maintenance. In addition, the procedures tend to take longer to do, adding to the cost.

Hospitals that offer the robot-assisted procedures in Canada have funded the equipment primarily through donations. That's largely how St. Joseph's Healthcare got its orthopedic surgical robot, which the hospital says cost about $2 million.

Adili and his team are conducting randomized clinical trials to gather evidence on whether the costs of robot-assisted surgery are worth the benefits when it comes to orthopedic procedures, such as knee and hip replacements.

"That way we can definitively answer these questions, so we can say to the payer, 'There is advantage for this technology for this subgroup of people, and these are the outcomes you can expect,'" Adili said. "That's the discussion we need.  We're not there yet." 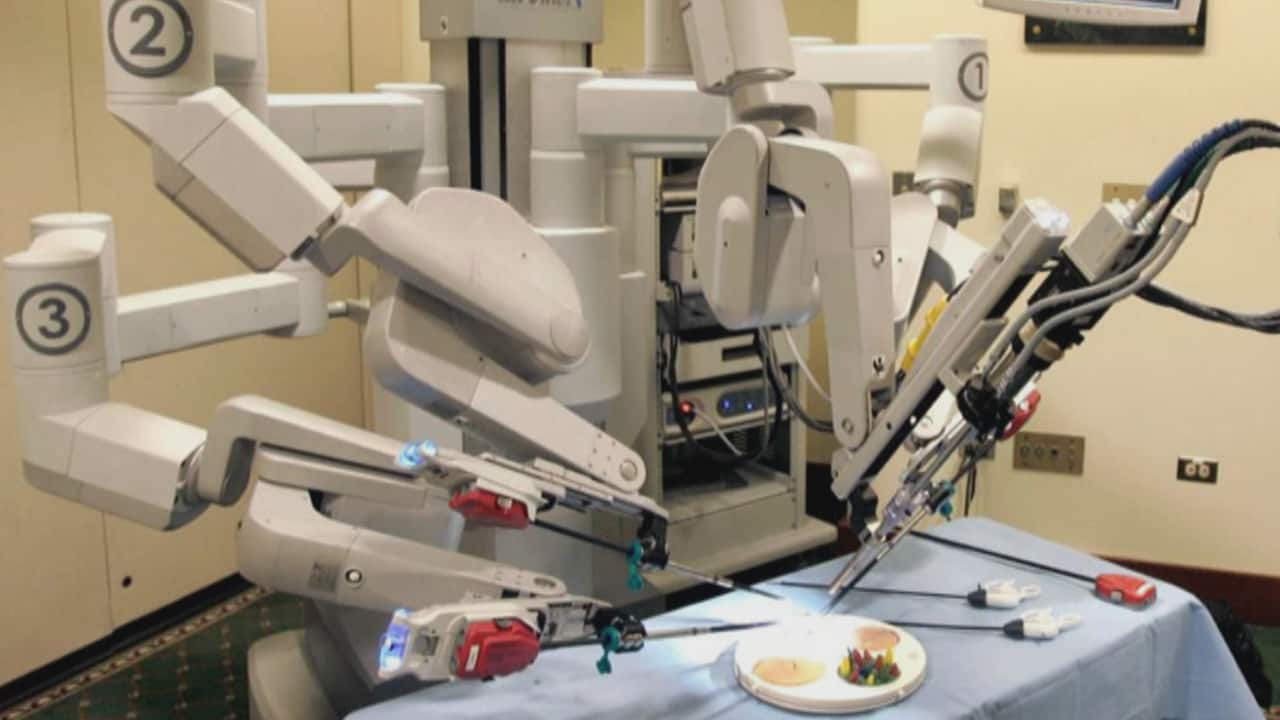 2 years ago
2:54
Robot-assisted surgery is revolutionizing the medical industry, with the first such procedure performed in Canada earlier this year, but there are still concerns around the risks and the costs. 2:54

With files from Adam Carter and CBC Hamilton