The global pandemic and the widespread protests that erupted in the wake of the killing of George Floyd have laid bare the racial inequities that permeate society. CBC News spoke with five Canadian physicians about the impact of systemic racism in their profession.

Black, Indigenous and visible minority doctors speak about their encounters with systemic racism

Hundreds of thousands of people have taken to the streets across the U.S. and Canada to protest against police brutality after the death of George Floyd in Minneapolis. His last words — "I can't breathe" — have become a rallying cry to end systemic racism not just in policing but also in other sectors of society.

At the same time, the global pandemic has laid bare the social inequities that make Black, Indigenous and other people of colour more susceptible to COVID-19.

CBC News spoke with five Canadian physicians about racism they've personally experienced and what impact systemic discrimination has had on their patients and their profession.

Family doctor, president of the Black Physicians' Association of Ontario in Toronto

"I intentionally didn't watch the [George Floyd] video. When I watch these videos, I see a human being, but I also see my father. I see my brother. I see my sons, because this is part of our entire life of feeling systemic anti-Black racism … It impacts everyone, because it's a human being, but for us, it's our past, our present and our potential future in a moment like that.

"There are many layers to it (racism). It's in how patients are treated. I've engaged with so many community members who describe being ignored when they go to the emergency department.

"For example, people who may come in for a pain crisis for a particular genetic condition, sickle cell disease, which predominantly affects people of west African descent.

"When they come and they need treatment with opioids, they are thought to be drug seeking ... Based on the research from the United States, there is no evidence that black patients are more drug-seeking or have a predisposition to becoming addicted to opioids. But those biases are there.

"People saying that they are colour blind is not helpful at all, because it denies the inequities we experience as Black people in Canada."

WATCH | Dr. Onye Nnorom on the structures and systems that have historically favoured white Canadians: 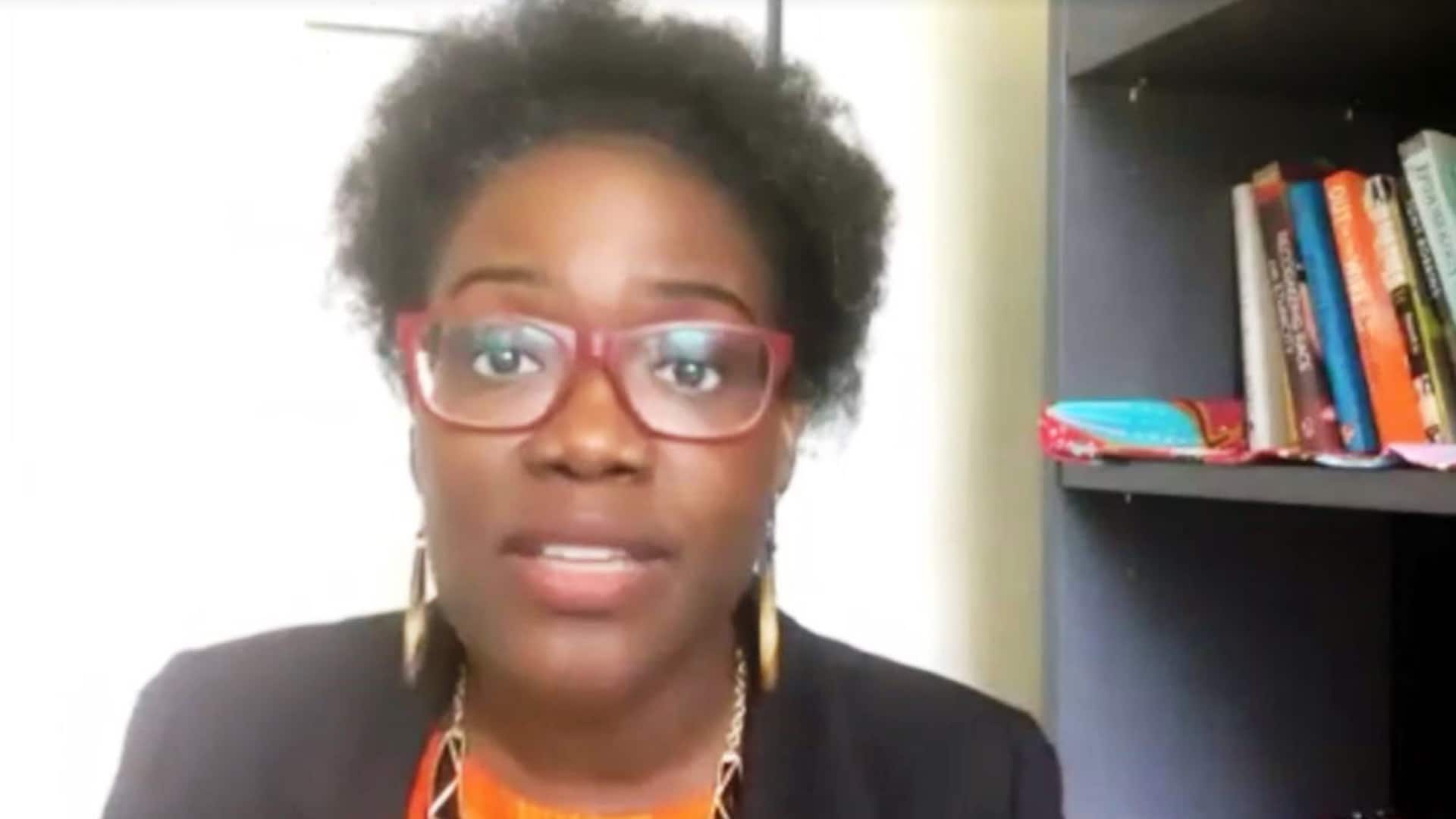 "It's not a surprise to me to see people rising up and exclaiming their unhappiness and wanting things to change. What has surprised me a little bit is the sustainability of the movement.

"As far as Indigneous people are concerned, you just have to look at the largest national reports concerning Indigenous people. The Royal Commission on Aboriginal Peoples, the Truth and Reconciliation Commission, the reporting into murdered and missing Indigenous women and girls. Right there in front of you is the fact that there is structural, systemic racism in Canada — it's not even arguable.

"I work in public health, so we've completely pivoted. Eighty to 90 per cent of our work is now COVID. So I understand that action related to murdered and missing Indigenous women has been delayed because of the pandemic, but again, that's another failure to act and move forward. We have all these reports — what are we going to do about it?

WATCH | Dr. Nel Wieman on being singled out for her Indigenous heritage and labelled 'one of the smart ones' by colleagues: 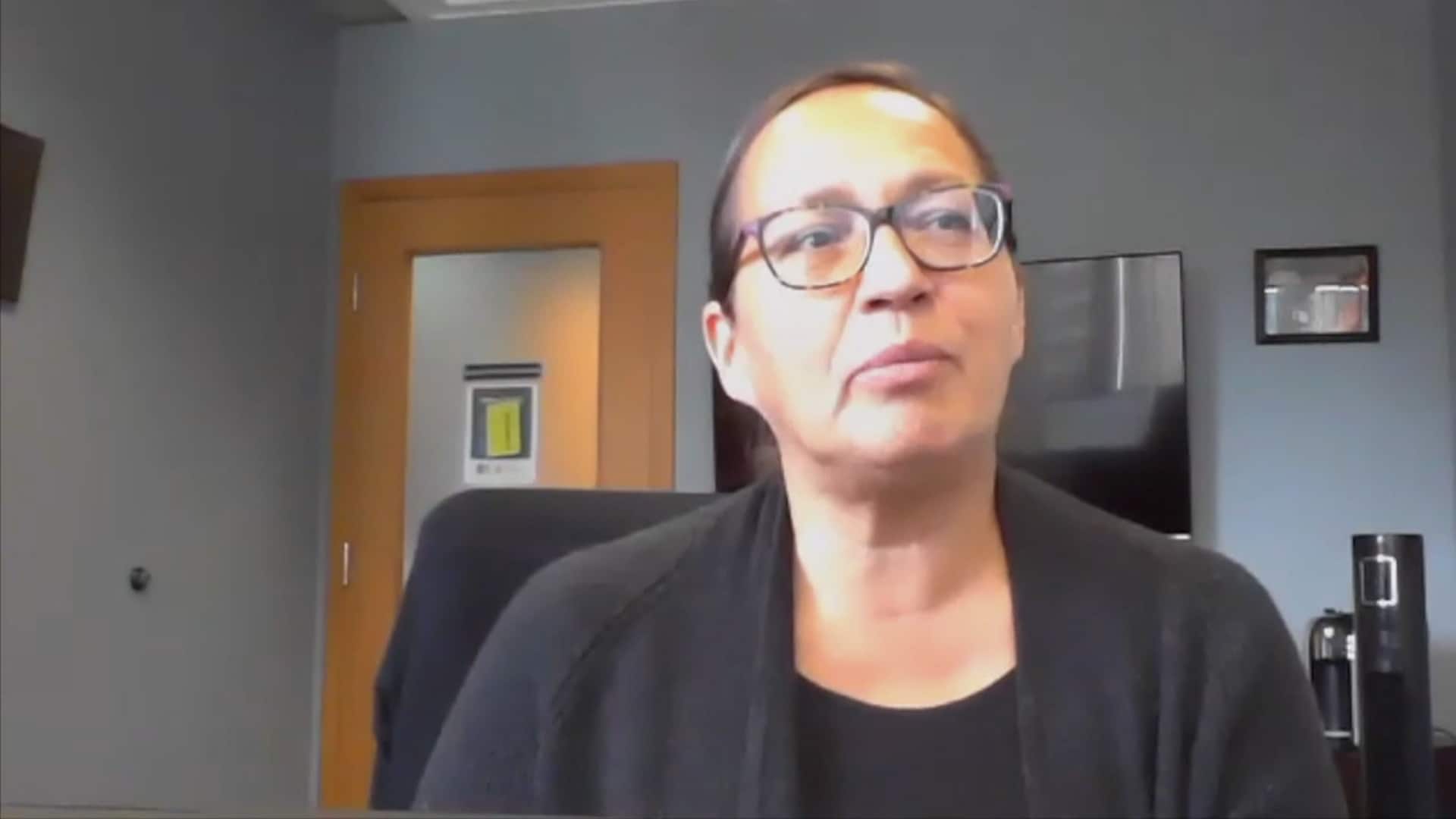 7 months agoVideo
1:19
Indigenous doctor Nel Wieman remembers being asked repeatedly at an event in B.C. if she was a real psychiatrist 1:19

"Since the pandemic began, there has been increasing overt East Asian racism, to the point where my parents who live in Vancouver and immigrated 50 years ago are now scared to leave their house.

"I support masking for all in Canada along with physical distancing and hand hygiene as we open up the economy and try to decrease the spread....

"My parents said there was no way they were going to wear a mask, because it would increase their Asian-ness and put a target on their back. For them to share with me that this is the first time in 50 years they've felt physically scared in Canada, enraged me and cut me to the core and caused me despair. That was the last straw for me, and I had to speak up.

"Treating people the same or equally doesn't mean equity, because you're completely negating the disparities that exist and have existed for generations. I'm complicit, too. I bought in to just put your head down and work hard and be agreeable and be 'the model minority.'"

WATCH | Dr. Amy Tan on the racism in the workplace she and her colleagues of Chinese descent experienced during the pandemic: 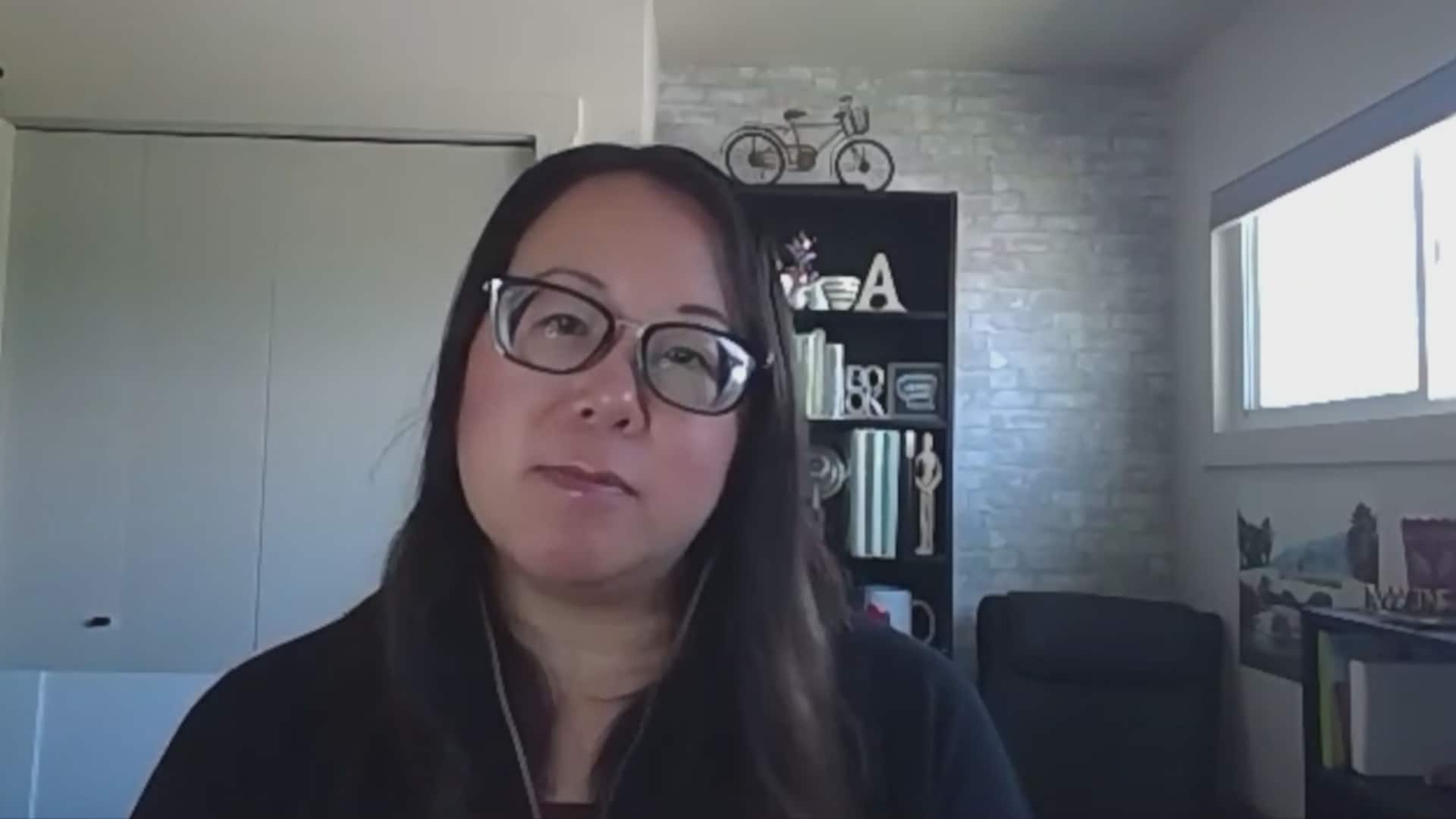 7 months agoVideo
1:00
As a person of Chinese descent, Dr. Amy Tan says she's had to learn to manage her perceptions of gaslighting and racism 1:00

"The people I care for are scared, and they're worried. Particularly during COVID, we've seen the criminalization of homelessness. Particularly, people experiencing homelessness are inhabiting parks and other spaces, because they don't have elsewhere to go, because respites, shelters and drop-ins have had to reduce services and hours.

"The response in many jurisdictions is that they're being policed. They're being ticketed, and this is inappropriate and leads to worse outcomes in interactions with police."

"The events that occur in the United States and here recently have led people of colour — the people I care for — to be fearful of interactions with police, and this doesn't add to their health-care outcomes being better. It brings into question their overall safety and well-being."

WATCH | Dr. Naheed Dosani on the need for 'real allyship' among health care workers of colour: 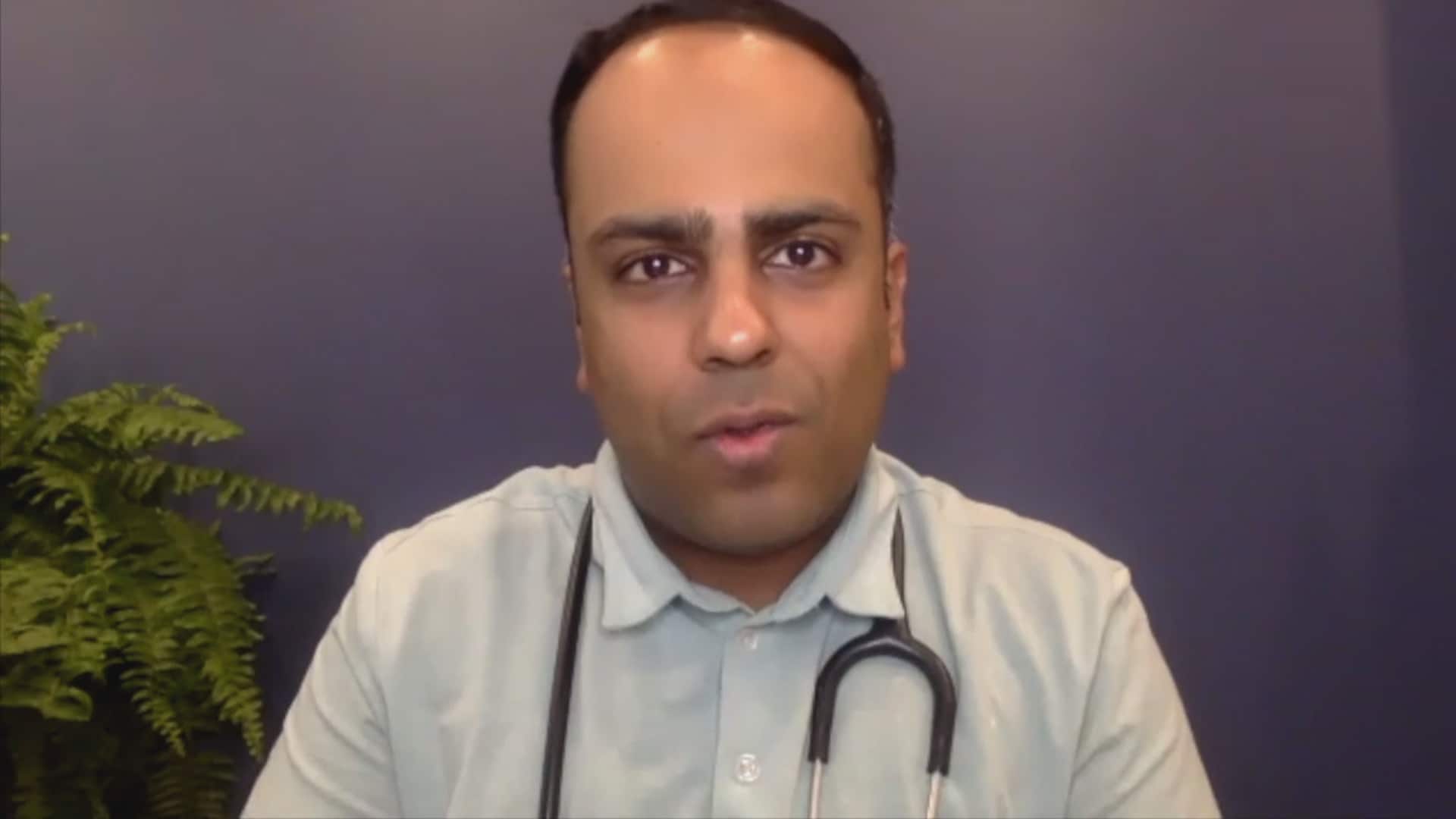 7 months agoVideo
0:50
The views and experiences of people of colour have to be amplified in leadership roles, says Dr. Naheed Dosani 0:50

"I can't put the words — seeing that [video]. There was so much hurt, so much despair. Knowing he wasn't being treated like a human. Even an animal wouldn't have been treated like that....

"Every Black person in this country will have a story…. We all have a time when we were hurt by our skin colour....

"As you went up the ranks [of medical school], I did feel that you had to prove your worth a little more. I wondered how much was race, how much was my personality....

"I wasn't mentored. I had a tough time finding some guidance. You had these ideas for research in your career, and no one took me under their wing. As a result, I mentor a lot of trainees. It's too important to me now. This was something that I felt was lacking as I was coming up through med school."

WATCH | Dr. Kwadwo Kyeremanteng on experiencing blatant racism from a professor as a medical student: 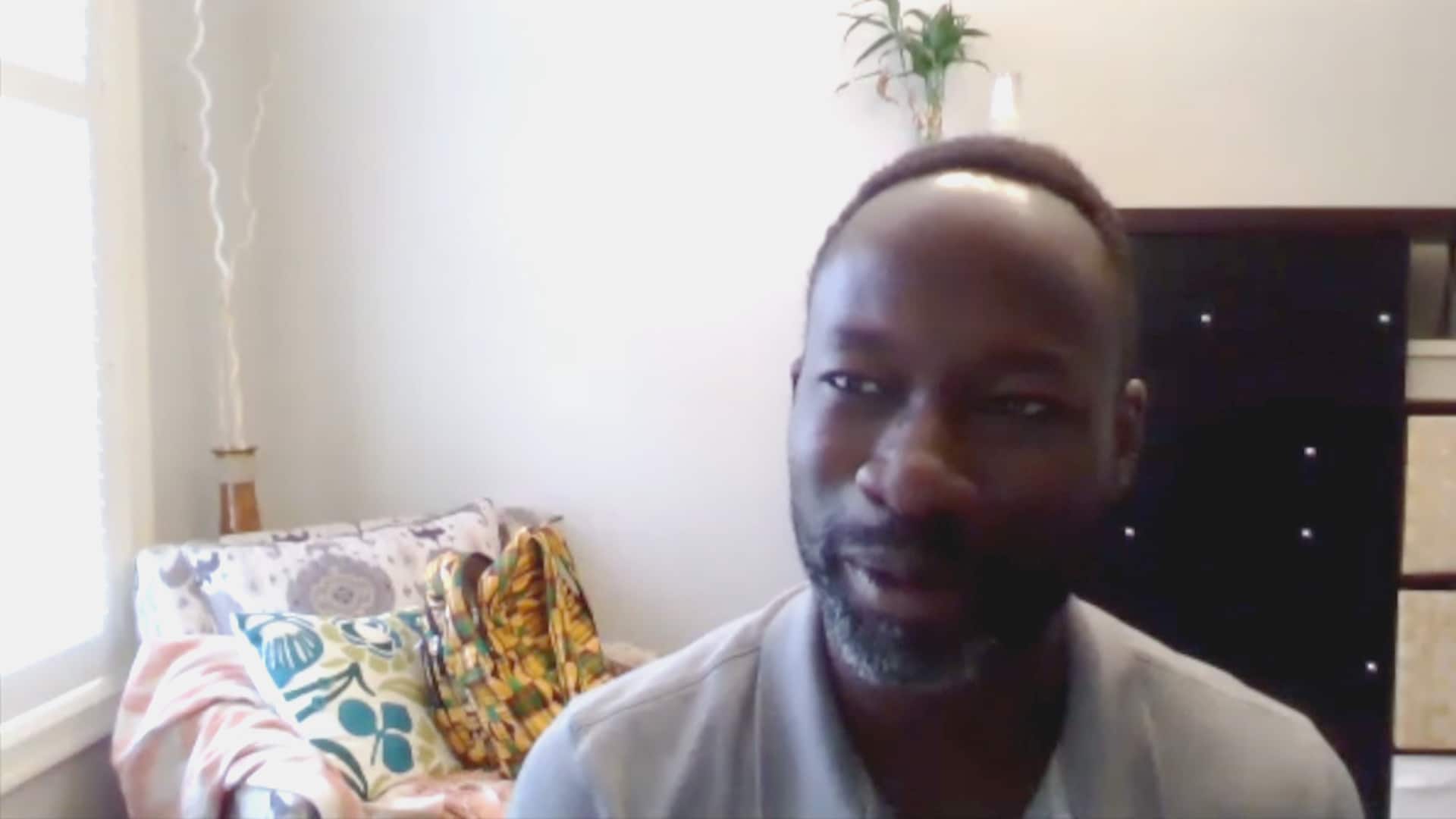 7 months agoVideo
0:57
In racist circumstances, says Dr. Kwadwo Kyeremanteng, 'everyone's looking for your reaction … you have to be on' 0:57