Pfizer says an early peek at its vaccine data suggests the shots may be 90 per cent effective at preventing COVID-19, indicating the company is on track later this month to file an emergency use application with U.S. regulators.

Company says shot may be up to 90 per cent effective, but cautions study is ongoing

Pfizer says an early peek at its vaccine data suggests the shots may be 90 per cent effective at preventing COVID-19, indicating the company is on track later this month to file an emergency use application with U.S. regulators. The vaccine is among seven that Canada has pre-ordered.

Monday's announcement doesn't mean a vaccine is imminent: This interim analysis, from an independent data monitoring board, looked at 94 infections recorded so far in a study that has enrolled nearly 44,000 people in the U.S. and five other countries.

Pfizer Inc. did not provide any more details about those cases, and cautioned the initial protection rate might change by the time the study ends. Even revealing such early data is highly unusual.

Authorities have stressed it's unlikely any vaccine will arrive much before the end of the year, and limited initial supplies will be rationed.

Biden greeted the early results with enthusiasm, but warned that widespread vaccination remains months away and Americans need to continue wearing masks and maintain physical distancing.

"Today's news is great news, but it doesn't change that fact," Biden said in a statement. "Today's announcement promises the chance to change that next year, but the tasks before us now remain the same."

"We hope a vaccine is coming early next year. We're seeing a light at the end of the tunnel," he told a news conference.
Canada has a deal with Pfizer for a minimum of 20 million doses of the vaccine.

The shots made by Pfizer and its German partner BioNTech are among 10 possible vaccine candidates in late-stage testing around the world — four of them so far in huge studies in the U.S. Another U.S. company, Moderna Inc., also has said it hopes to be able to file an application with the Food and Drug Administration later this month.

Volunteers in the final-stage studies, and the researchers, don't know who received the real vaccine or a dummy shot. But a week after their second required dose, Pfizer's study began counting the number who developed COVID-19 symptoms and were confirmed to have the coronavirus.

Because the study hasn't ended, Gruber couldn't say how many in each group had infections.

Pfizer did not break down exactly how many of those who fell ill received the vaccine. The 90 per cent effectiveness implies that no more than eight of the 94 had been given the vaccine, which was administered in two shots about three weeks apart.

Pfizer doesn't plan to stop its study until it records 164 infections among all the volunteers, a number that the FDA has agreed is enough to tell how well the vaccine is working. The agency has made clear that any vaccine must be at least 50 per cent effective.

The results have not been peer-reviewed by outside experts or published in a medical journal. The vaccine developers have not publicly shared details about how the vaccine performed according to independent monitors overseeing the study.

Pfizer said its data would be peer reviewed once it has results from the entire trial. 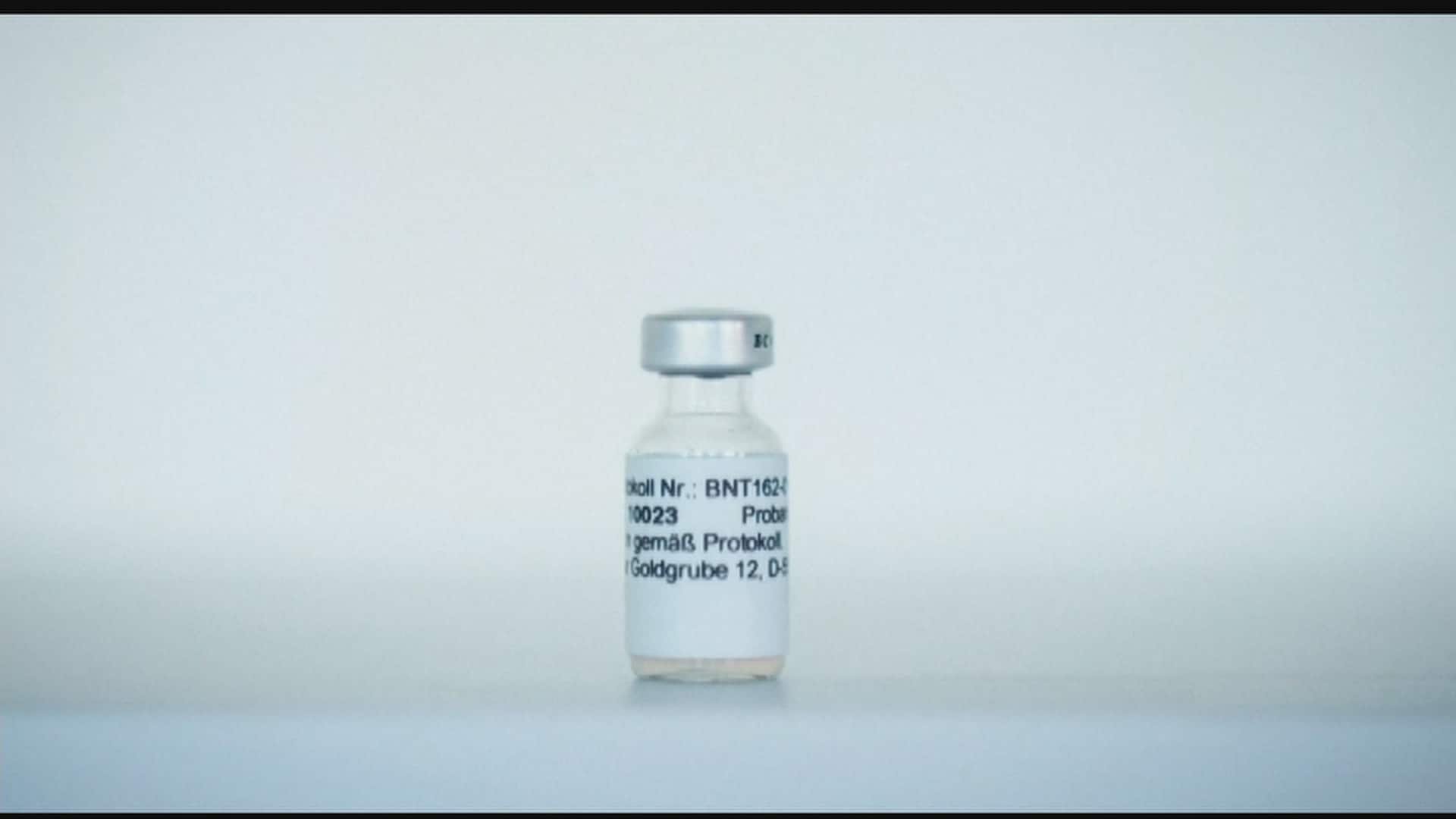 Pfizer suggest its vaccine candidate may be 90% effective

24 days agoVideo
3:55
Pfizer says an early peek at its vaccine data suggests the shots may be 90 per cent effective at preventing COVID-19, but the announcement doesn't mean a vaccine is imminent.  3:55

"Now the one question, the one caveat that we're going to have with this vaccine is how long does the immunity last?" he said.

No participant so far has become severely ill, Gruber said. He could not provide a breakdown of how many of the infections had occurred in older people, who are at highest risk from COVID-19.

Paul Hunter, a professor of medicine at the University of East Anglia, said the company's press release suggests the vaccine's effectiveness seven days after the second dose at preventing infection.

"If this remains the case after the final analysis and the paper passes peer review, then this is a remarkable result," Hunter said. "The press release suggests that the 90 per cent effectiveness is at preventing infection and not just serious illness. A vaccine that prevents infection would also dramatically reduce transmission of the virus providing that immunity lasts for at least a year or more."

Participants were tested only if they developed symptoms, leaving unanswered whether vaccinated people could get infected but show no symptoms and unknowingly spread the virus.

The FDA has required that U.S. vaccine candidates be studied in at least 30,000 people. In addition to adequate numbers of older adults, those studies must also include other groups at high risk, including minorities and people with chronic health problems.

And it told companies they must track half their participants for side effects for at least two months, the time period when problems typically crop up. Pfizer expects to reach that milestone later this month, but said Monday no serious safety concerns have been reported.

Because the pandemic is still raging, manufacturers hope to seek permission from governments around the world for emergency use of their vaccines while additional testing continues — allowing them to get to market faster than normal but raising concerns about how much scientists will know about the shots.

The FDA's scientific advisers last month said they worry that allowing emergency use of a COVID-19 vaccine could damage confidence in the shots and make it harder to ever find out how well they really work. Those advisers said it's critical these massive studies are allowed to run to completion.

Canada announced on Aug. 5 that it had preordered the Pfizer/BioNTech vaccine. It later specified that it had reserved 20 million doses, with the option to purchase more. Given that the vaccine is administered as two doses, 28 days apart, Canada would initially have enough to vaccinate 10 million people if it is approved.

Distributing the Pfizer/BioNTech vaccine could be logistically challenging. BioNTech said the genetic component of the messenger RNA vaccine would have to be shipped and centrally stored at minus 70 degrees C.

For transport to and at the site of administration it can be kept for up to five days at fridge temperatures, CEO Ugur Sahin told Reuters, adding he was confident logistics would work very well.

Send your questions about this and other COVID-19 vaccine candidates to COVID@cbc.ca

With a file from Reuters and from CBC News