Dogs are offering help at two Toronto hospitals to fearful children who need to get into an MRI machine and adult patients who have anxiety and depression.

When doctors suggested Mia Agostino get an MRI of her brain, her mother was worried about the test. How would the squirmy six-year-old cope? Would she need to be put under with anesthetic?

Enter Lucy, a 12-year old chocolate Labrador retriever. To help calm Mia's nerves, the girl was introduced to the four-legged friend with a sweet personality and blue nail polish on her toes.

Mia's mother Kara Agostino was thrilled when the Hospital for Sick Children in Toronto offered Lucy's help to get Mia into the MRI machine.

"I love it," her mother said. "She's such a dog lover — the idea of having a dog with her to have her comfortable through a process that's completely unfamiliar to her is brilliant."

That's why dogs are used in nursing homes, hospitals, universities and even prisons to help with everything from anxiety to aggression. Now the dogs are being used to help to ease the experience for kids who must lie still inside a noisy, dark and narrow-tubed machine for an MRI scan, a procedure that can induce claustrophobia.

Earlier this month, doctors ordered a brain MRI for Mia to see if she's a good candidate for cochlear implants — small electronic devices that are placed under the ears.

A few months after Mia was born, she was diagnosed with hearing loss. Since then, she's been wearing hearing aids but her hearing has become worse.

Lucy sat with Mia before the MRI and headphones were put on the dog to demonstrate what Mia would be wearing during the scan.

Lucy led Mia into the room with the MRI and sprawled out on the table before the young patient climbed in. It was all an effort to keep Mia calm and distracted. And it worked. Mia was able to complete the test without any medication or anesthesia.

When it was all over, the two new best friends enjoyed freezies together: blue for Mia and white for Lucy.

Mia was part of the PAWS program, the brainchild of Sick Kids radiologist Dr. Mary-Louise Greer. She said this is the first time in Canada that dogs have helped children into the MRI.

"If we can have the children more comfortable and relaxed … [then] they are able to potentially tolerate being in a very enclosed environment, which is quite noisy, for a long period of time," said Greer.

Through the PAWS program, doctors hope to avoid having to use medication to calm children before a scan. Once the kids are inside the machine, doctors also want to make sure the kids don't move.

In a preliminary study titled First Lassie, Now Lucy, to be published in the journal Pediatric Radiology, Greer looked at the benefits of having dogs help in such situations.

'At home with your animals'

Staff at the Centre for Addiction and Mental Health in Toronto are also convinced canines make a difference.

There are now 40 dogs volunteering throughout the hospital. CAMH hopes to increase the number of dogs to 50 by next year.

In the women's trauma in-patient unit, 20 women who have PTSD, depression and anxiety are undergoing intensive treatment. Their days are filled with medication, doctor's visits and therapy. But Wednesdays are special. 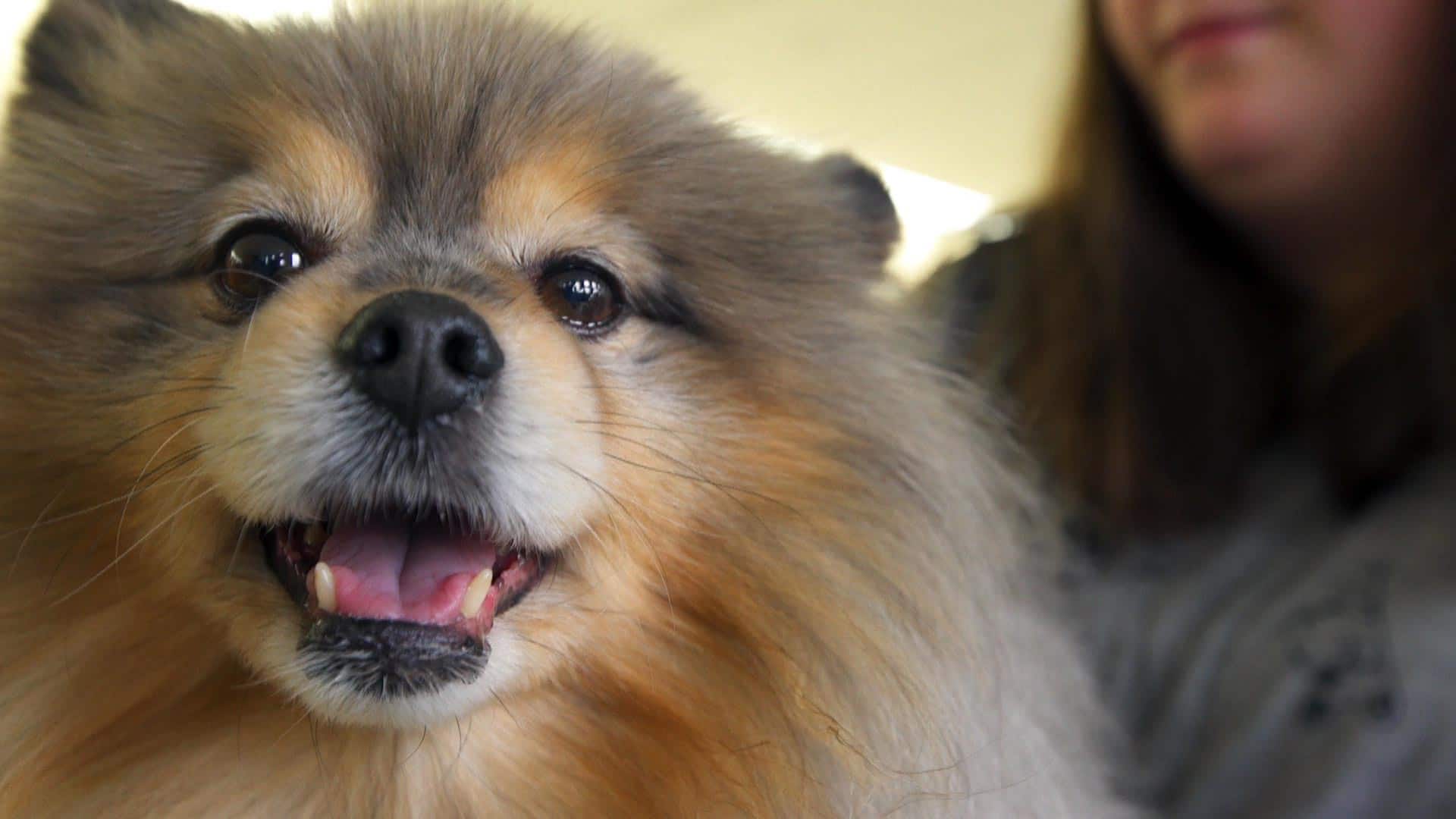 The power of the Pomeranian

2 years ago
0:20
Toulouse, the nine-year-old canine, works his magic at the Centre for Addiction and Mental Health. 0:20

As he entered the unit recently, he was surrounded by the patients and treated like a four-legged rockstar. He lapped up the attention and the women benefited, too.

Victoria Smith has depression and anxiety, but petting Toulouse gave her some immediate relief.

"I was feeling a bit anxious but now that I have Toulouse, I am feeling a lot more calm. He is definitely helping," she said.

Debra Schlegel, a recreational therapist on the women's ward, has also noticed the power of the Pomeranian.

"It's amazing the difference you see with clients. Our population, they are going through a lot of challenges right now being in an acute setting," she said.

"It is a really stressful time. It is a hospital but it makes it less institutional. You feel like you are at home with your animals as well."

Schlegel has even noticed patients who were reluctant to leave their rooms come out to the lounge area for a chance to spend time with Toulouse and to socialize with other patients.

"We see the proof and we see the stress reduction and the lowering of anxiety and people smiling and it can be a really great treatment."