Anxiety over separation of loved-ones in long-term care from family members is rising as COVID-19 infections regain momentum. 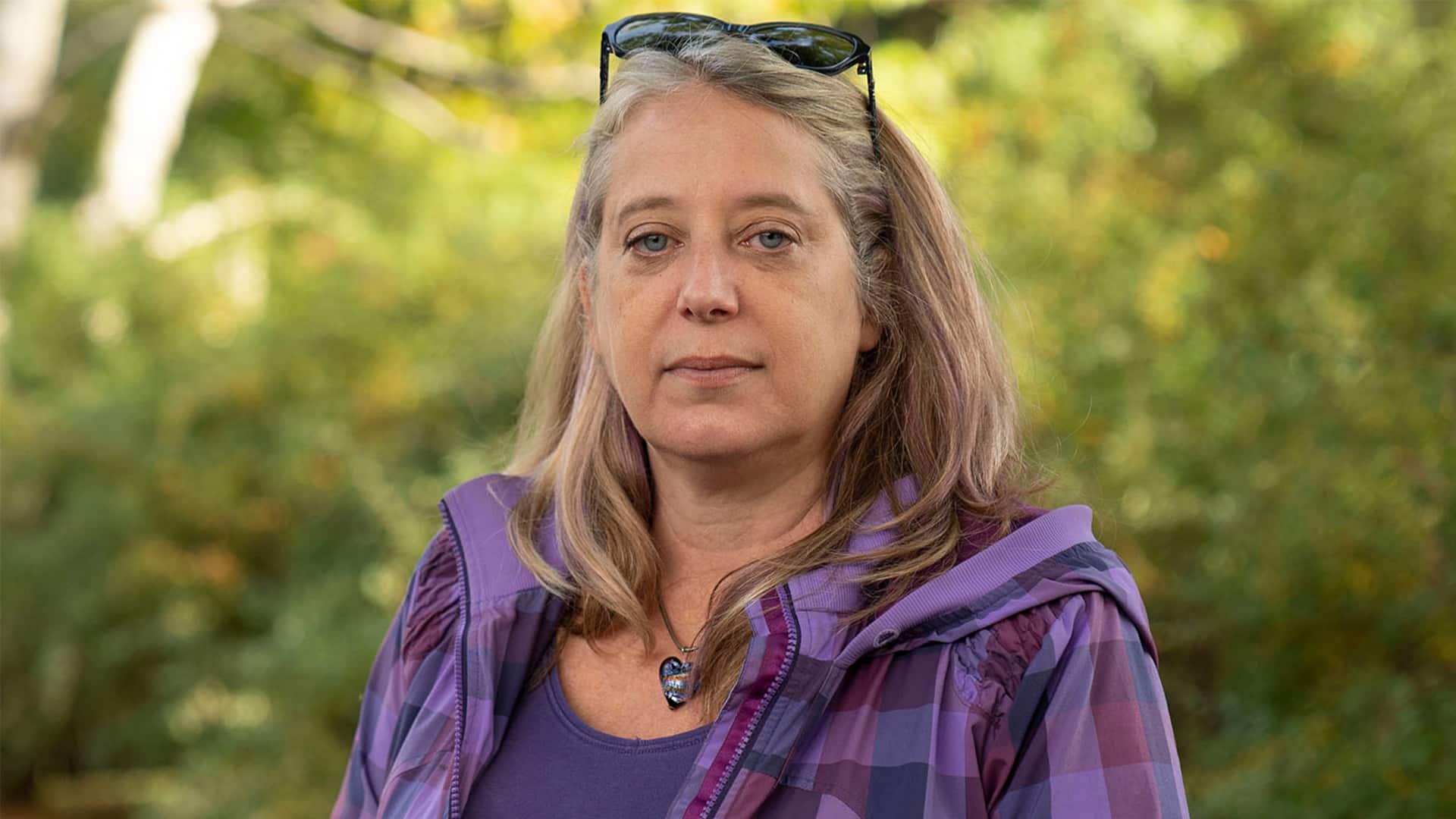 2 days ago
8:45
The COVID-19 pandemic has cut families and caregivers off from loved ones in care homes who depend on them for additional support, and the continued visiting restrictions are creating a mental health burden for those caregivers. 8:45

It's a sunny fall day but there's a chill in the air, so Laura Meffen grabs an extra layer before she and her son head to their van, smiling and balancing bags full of toys and snacks. They're off to see Meffen's 22-year-old daughter Emily, who lives in a care facility a few kilometres away.

The home recently allowed outdoor visits, for about an hour each time. Meffen chases away the thought of how quickly that time goes by.

Like many families and caregivers with family members in care settings, the pandemic has taken an emotional toll on Meffen. From full lockdowns to the more recent restricted visits, many like Meffen have spent the entire pandemic desperately trying to get closer to the ones they love.

When the pandemic hit the home in April, Emily got infected and so did Meffen. They've recovered, although Meffen still battles fatigue and a cough.

Her bigger fight now is against the agonizing uncertainty of what comes next.

"We went through a lot with COVID, it was traumatic. It really was. So I understand not being able to go in, but I need to be with my daughter. I need to make sure she's OK. I need to have her know that I'm there, that I haven't abandoned her."

Emily squeals in delight as a staff member wheels her out to meet with her mother and brother under a gazebo on the home's grounds. She has limited verbal skills, but there's no mistaking her joy — and her confusion, too, as she reaches out for a hug and no one leans in. Meffen has to keep her distance.

And it's tearing her apart.

"It's the hardest thing I've ever had to do, not being there with her and being able to comfort her like a mother can only comfort a daughter. It just, it devastates me."

WATCH | Mother devasted to be limited to short outdoor visits with daughter: 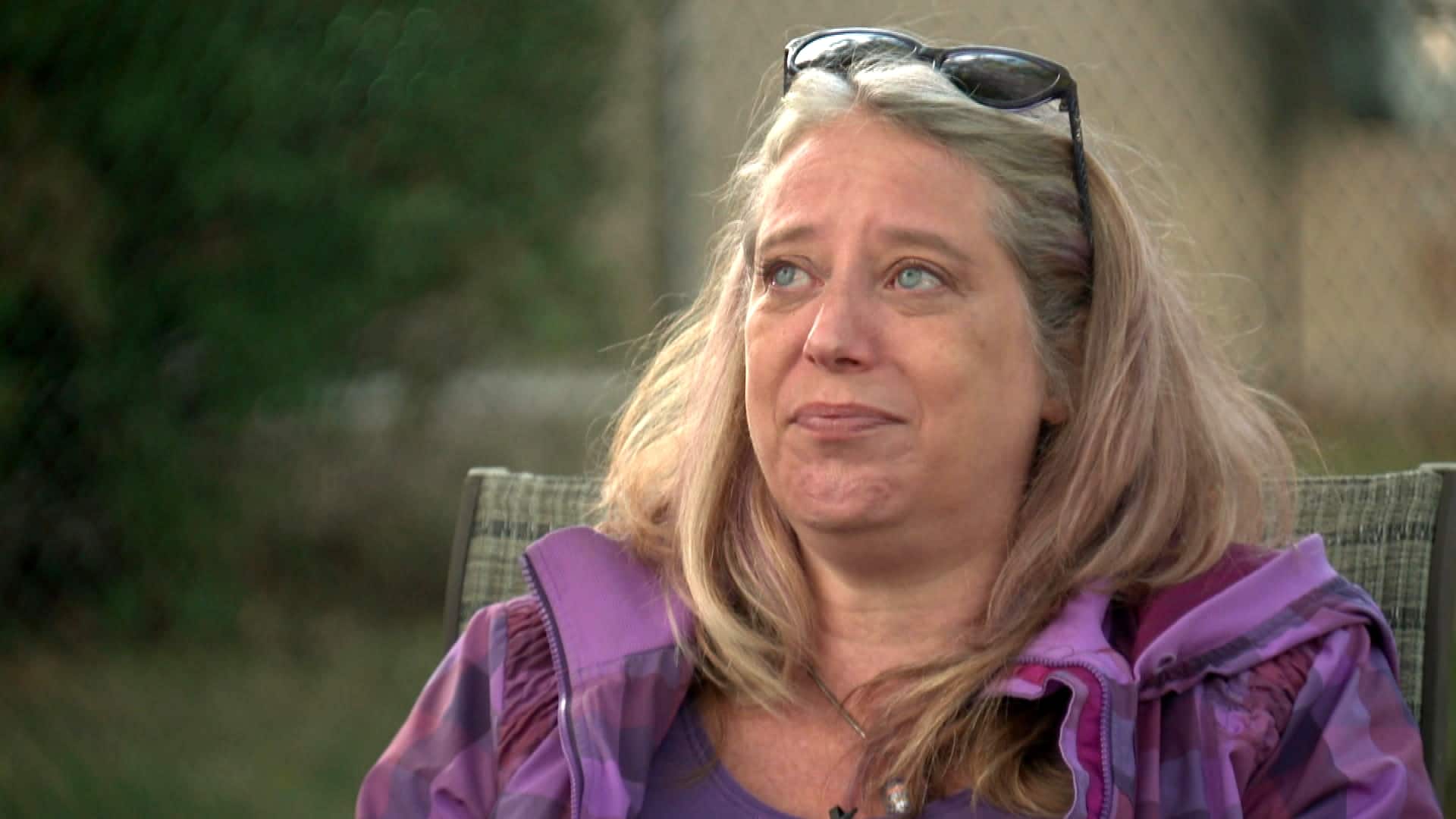 Mother torn apart by separation from daughter: 'It's heart-wrenching'

2 days ago
1:00
Laura Meffen is only allowed short outdoor visits with her daughter Emily, who lives in a care home. 1:00

'She needed love and attention'

For Marla DiGiacomo, the pandemic has been an exhausting battle. DiGiacomo helped organize one protest after another in front of Extendicare Guildwood, a long-term care facility in Toronto where her 86-year-old mother Helen, who has dementia, has lived for the past nine years.

DiGiacomo's mother also got COVID-19 but had no symptoms, although she was weak.

DiGiacomo fought hard for the right to see her mother, and two months after the lockdown, she finally did. It was a window visit, and the sight of her mother devastated her.

"When we first saw her, she was in such terrible condition," DiGiacomo says. "She had lost 30 pounds. She was unresponsive."

DiGiacomo went back to the home the day after that first window visit during mealtime, and saw a staff member leave a tray of food at her mother's bedside. Her mother struggled to get to it.

"I was outside the window and she was trying to get the food with her hands. That's when I just lost it. I realized she hadn't been fed — nobody was helping her, assisting her. She was incapable of feeding herself."

WATCH | Daughter had to fight for right to visit her mother: 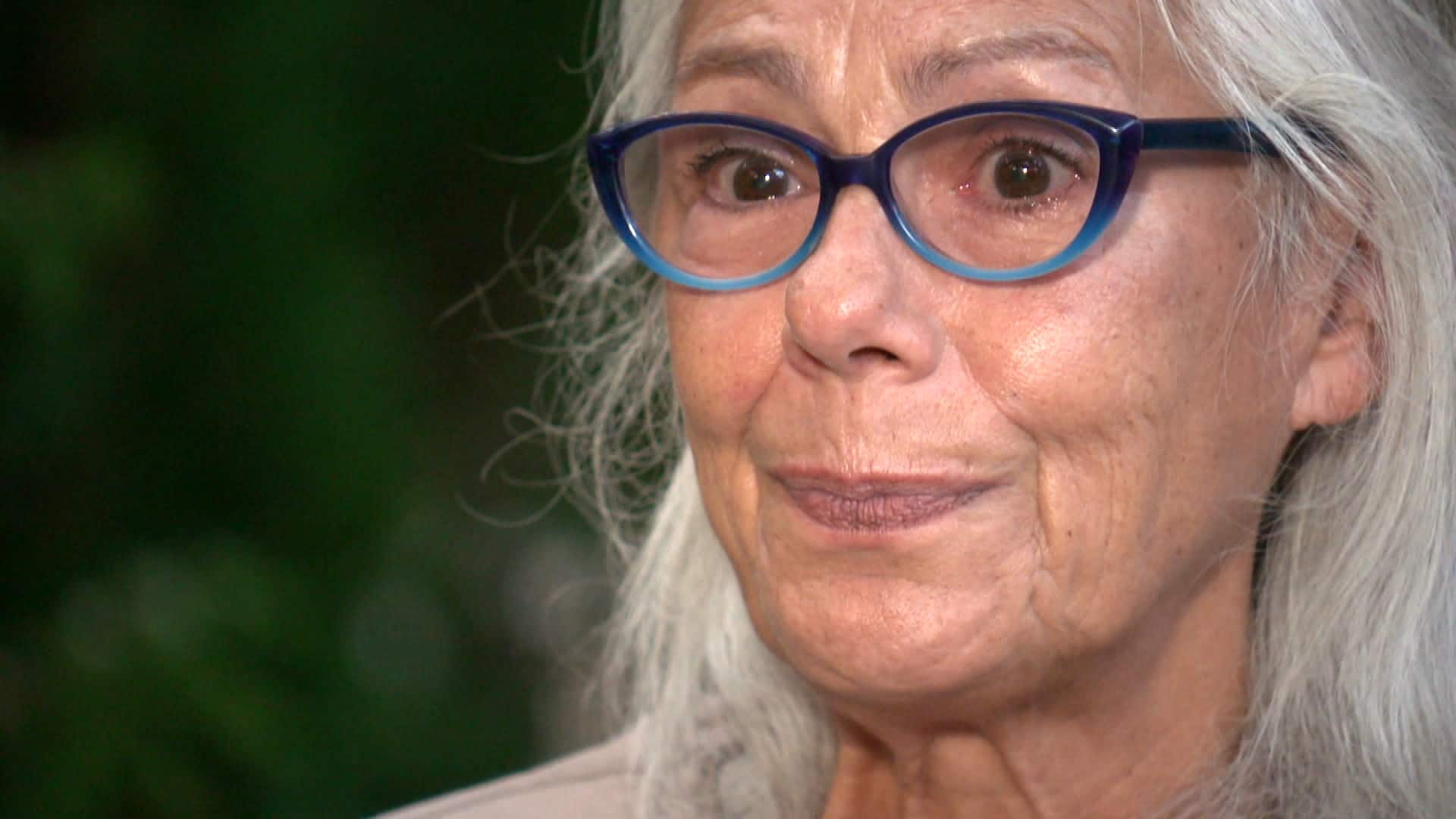 Fighting for a window visit: 'She was in such terrible condition'

2 days ago
0:45
Marla DiGiacomo fought for the right to see her mother, and two months into the lockdown, she finally did. 0:45

DiGiacomo says she immediately started to advocate for better care, and to be allowed inside to be with her mother. She argued her mother needed not only nutrition, but was starving for affection too.

"I approached them and said look, my mother is lacking human contact. She needs affection, attention, and touch. That's what she needed as much as food. She needed love and attention."

It took weeks of relentless pressure before DiGiacomo was finally allowed inside in August.

Since then, Ontario has issued a directive clarifying that essential visitors include caregivers. But directives can change, and DiGiacomo is afraid of being shut out again.

The impact on her mental health, she says, has been enormous. She says she cries often, can't sleep and feels a constant sense of dread. There's a raw agony in her voice, even now.

"It's taken a large toll. I've aged, you know? And I'm scared. I'm scared that she'll get it again. I'm scared of what will happen there."

The trauma caregivers have experienced and the toll taken on them has been eclipsed by the brunt of illness and deaths in long-term care settings since the pandemic, but that doesn't make it any less concerning.

"Over my 10 years of studying caregiving, I've never seen anything like this kind of burden or trauma placed on caregivers," says Vivian Stamatopoulos, an associate teaching professor at Ontario Tech University who specializes in family caregiving.

"It's tantamount to a form of post-traumatic stress caused from forced helplessness."

Stamatopoulos is an outspoken critic of systemic failings in long-term care, especially chronic staff shortages. She says prior to the pandemic, families filled gaps in care, often visiting during mealtimes to make sure their loved ones were eating and to make sure they were safe. It's why Stamatopoulos says it was so hard for them to be forced out by COVID-19.

"That kind of trauma — of knowing that you can help, and you're available to help and you want to help, and you had been helping for God knows how long before the pandemic struck, however long that loved one was in care. That is the story that really hasn't been out there, and which should get out there, because it's a very serious level of trauma."

Restrictions in most care settings have eased since the initial pandemic lockdown, but policies vary from home to home and the fear is that the access won't last.

Stamatopoulos's outspokenness has turned her into an accidental advocate, she says. Dozens of families have reached out to her on Twitter, and she's supporting them as they pressure the Ontario government to pass legislation that would guarantee caregivers access at all times. Bill 203, the More Than a Visitor Act, has been referred to the Ontario Standing Committee on Social Policy.

Families across the country are rallying for similar laws.

"We really need to get ahead of this and have this in law," says Stamatopoulos. "Ontario right now is so close to setting the precedent. I think it will really push the needle forward in terms of caregiver rights."

A law would clear the uncertainty, and give caregivers the peace of mind of knowing what to expect even as pandemic conditions change.

Back in Markham, Laura Meffen's visit with her daughter Emily is winding down. She packs away the toys she brought with her and tries to sound cheery as Emily grows quiet, as she does at the end of every visit. Emily's home hasn't guaranteed indoor visits when it gets too cold to meet outside. With COVID-19 cases on the rise again, Meffen is afraid of more restrictions. Afraid every visit could be the last one for some time.

The hardest part for Meffen is when Emily wants to know when her mother will come back.