Early results from human clinical trials of COVID-19 vaccines from the U.K. and China using similar technology suggest they are safe and induce an immune response in most patients, report two studies published in The Lancet today. 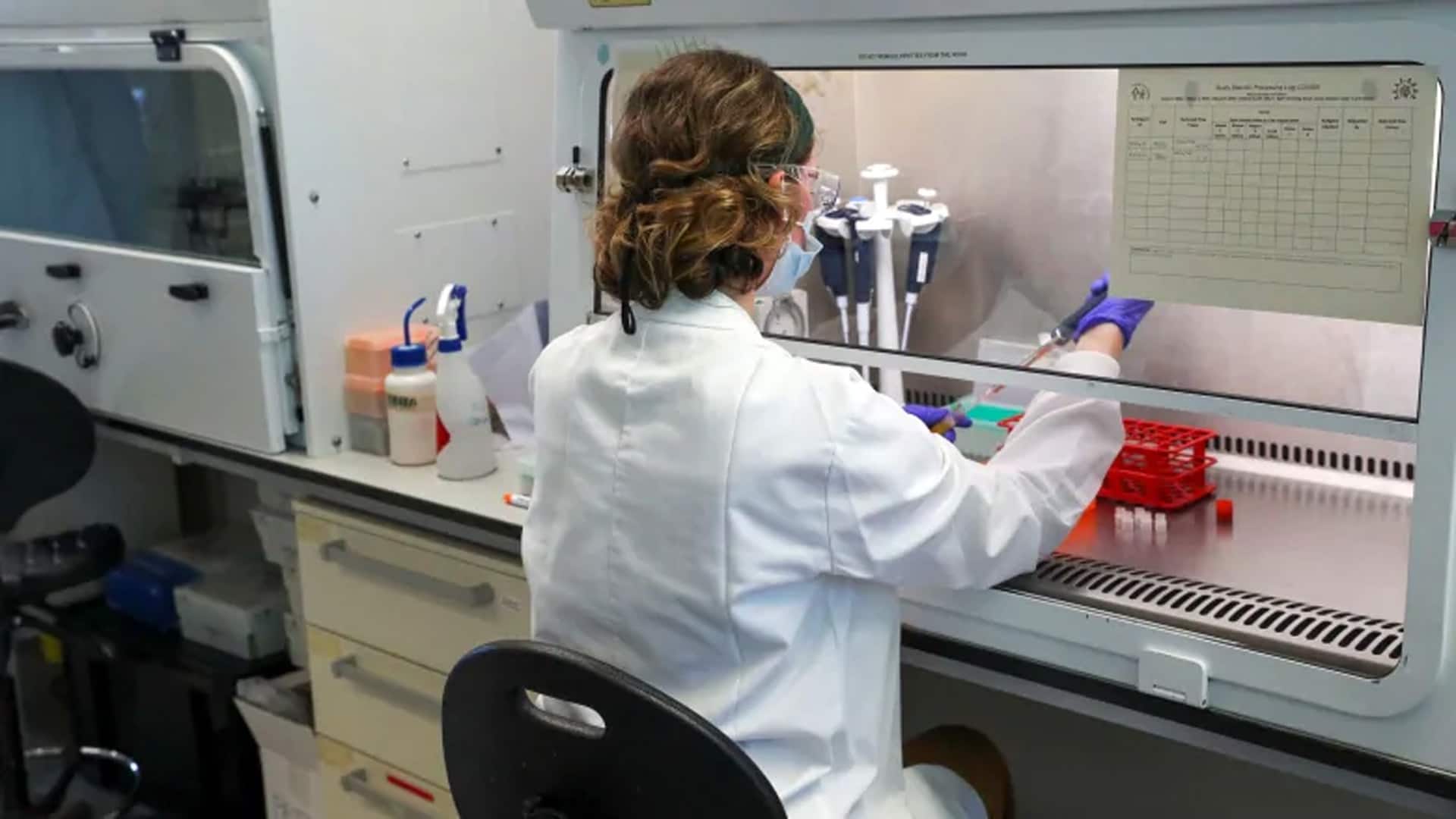 2 months ago
8:42
Pharmaceutical company AstraZeneca and scientists at Oxford University in the U.K. are seeing early signs of success in the first human trial for a COVID-19 vaccine. Phase 1 of the trial had more than 1,000 participants between the ages of 18 and 55. 8:42

Early results from human clinical trials of COVID-19 vaccines from the U.K. and China using similar technology suggest they are safe and induce an immune response in most patients, report two studies published Monday.

The two vaccines are being developed separately, one by AstraZeneca and Oxford University, the other by CanSino Biologics Inc. and China's military research unit.

The vaccine from AstraZeneca and Britain's University of Oxford, called AZD1222, has been described by the World Health Organization's chief scientist as the leading candidate in a global race to halt a pandemic that has claimed more than 600,000 lives.

It did not prompt any serious side effects and elicited antibody and T-cell immune responses, according to trial results published in The Lancet medical journal, with the strongest response seen in people who received two doses.

U.K. Prime Minister Boris Johnson, whose government has helped to fund the project, hailed the results as "very positive news."

However, the researchers cautioned the project was still at an early stage. 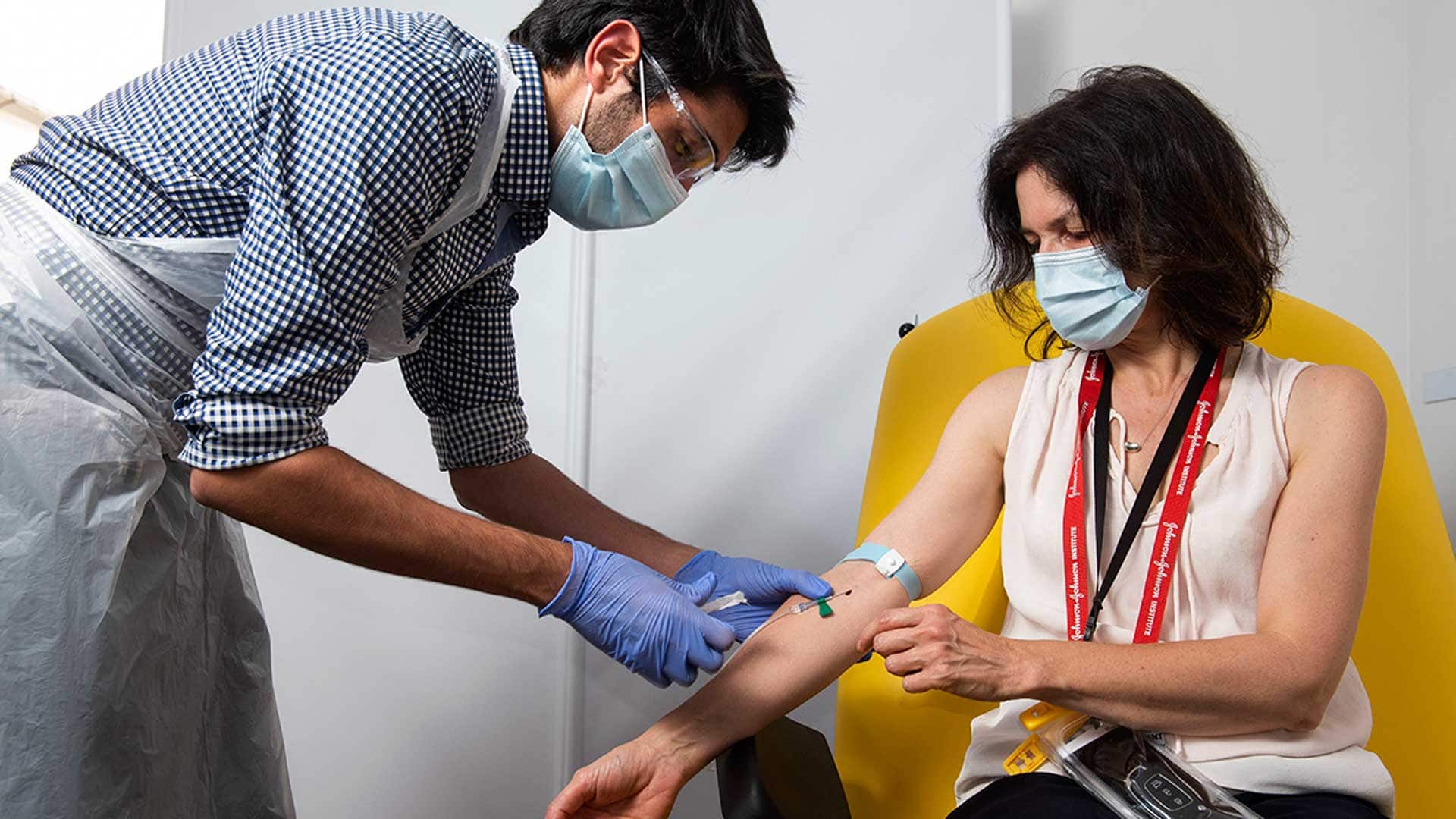 2 months ago
3:32
A potential COVID-19 vaccine out of Oxford University in the U.K. is showing promise in early trials on over 1,000 participants indicating it can help the body fight the virus, but what's not known is how long the effect lasts. 3:32

"There is still much work to be done before we can confirm if our vaccine will help manage the COVID-19 pandemic," vaccine developer Sarah Gilbert said.

"We still do not know how strong an immune response we need to provoke to effectively protect against SARS-CoV-2 infection," she said, adding researchers needed to learn more about COVID-19 and continue late stage trials, which have already commenced.

AstraZeneca shares surged 10 per cent, but then gave up most of those gains, to trade 1.2 per cent stronger on the day.

AstraZeneca has signed agreements with governments around the world to supply the vaccine should it prove effective and gain regulatory approval. The company has said it will not seek to profit from the vaccine during the pandemic.

Adrian Hill, the director of Oxford University's Jenner Institute, said early projections that a million doses of the vaccine could be made by September could be an under-estimate, depending on how quickly late-stage trials can be completed. He added it remained possible that the vaccine could be in use by the end of the year.

Researchers said the vaccine caused minor side effects more frequently than a control group, but some of these could be reduced by taking paracetamol.

AZD1222 was developed by Oxford University and licensed to AstraZeneca, which has put it into large-scale, late-stage trials to test its efficacy. It has also already signed deals to produce and supply over 2 billion doses of the shot.

More than 150 possible vaccines are in various stages of development, with U.S. drugmaker Pfizer and China's CanSino Biologics also reporting positive responses for their candidates on Monday.

The COVID-19 vaccine developed by CanSino and China's military research unit was also shown to be safe and induced immune response in most of the recipients, researchers said on Monday.

The National Research Council of Canada announced in May that it would work with CanSino to try to develop its potential vaccine more quickly and to scale up the technology needed to produce enough of the candidate vaccine to protect Canadians.

The CanSino candidate, named Ad5-nCOV, is one of a handful of vaccines that have shown some promise in human testing and are gearing up for late-stage trials, along with projects involving Moderna Inc, BioNTech SE and Inovio Pharmaceuticals Inc.

While CanSino's vaccine has yet to start late-stage large-scale clinical trials to assess how well it works to prevent people from becoming infected, it has received the green light to be used in China's military.

The results from the mid-stage study, also published in the medical journal Lancet, supports the testing of the vaccine candidate in a large trial, the study authors said. 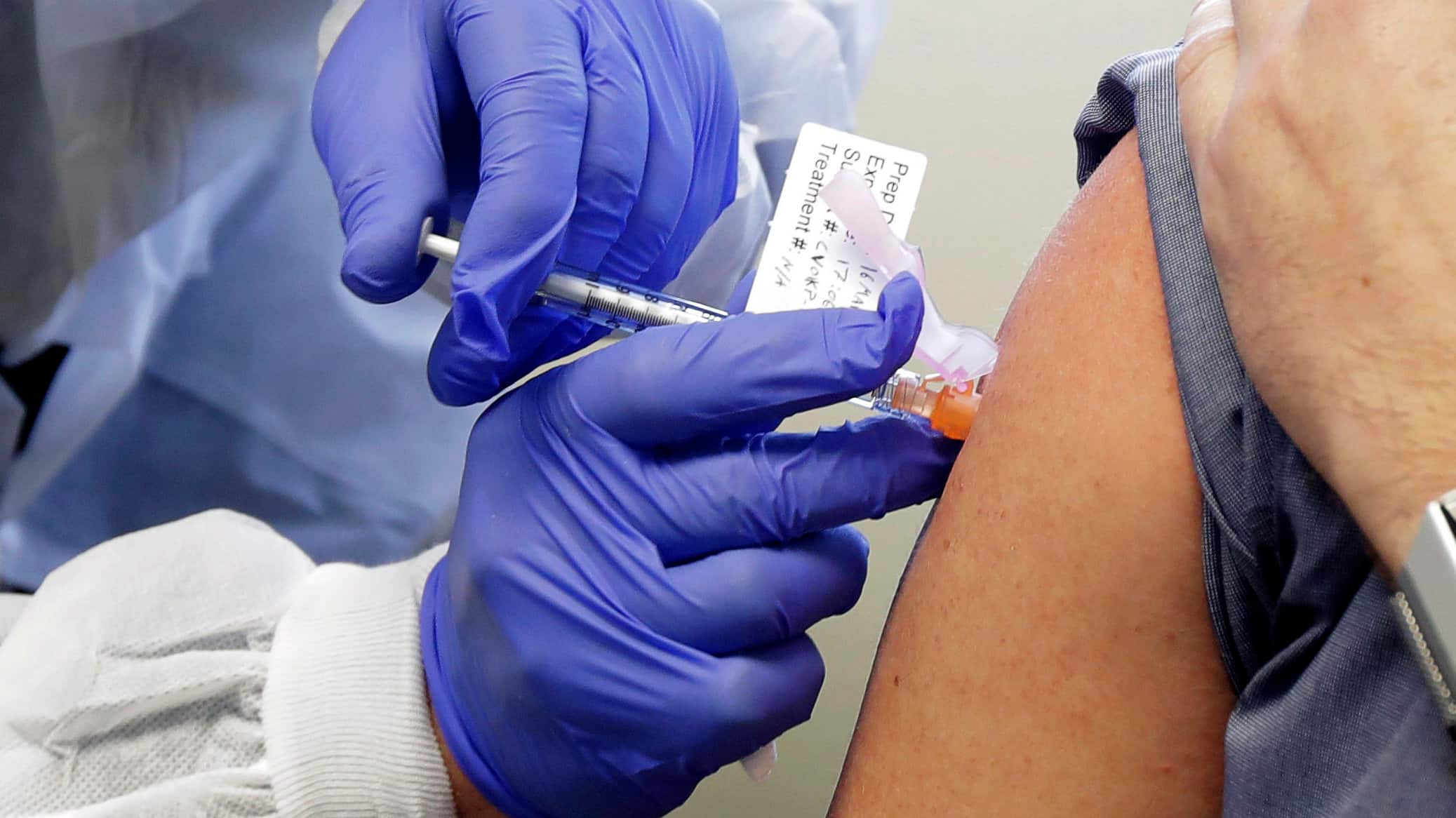 Vaccine trial results good news but there's a long way to go: WHO

2 months ago
1:52
Dr. Michael Ryan, executive director of the World Health Organization's emergencies program, is encouraged by the most recent coronavirus vaccine data and says large-scale, real world trials will come next.  1:52

The vaccine candidate uses a virus called adenovirus to carry genetic material from the novel coronavirus' protein into the human body, a method also used by researchers at the University of Oxford and AstraZeneca for their vaccine candidate.

The immune responses elicited by the vaccine might be undermined if the inoculated person has already developed high-level adenovirus immunity from a previous infection, Chinese researchers said in a peer-reviewed paper.

In an accompanying editorial, Naor Bar-Zeev and William Moss of the Johns Hopkins Bloomberg School of Public Health called both the Oxford and Chinese results "encouraging," but said further judgment should wait until the vaccine is tested on much bigger populations.

Bar-Zeev and Moss also called for any effective COVID-19 vaccine to be distributed equitably around the world.

"Global planning is underway, but should be underpinned and informed by specific local realities," they wrote. "Only this way can these very encouraging first earlyphase randomised trial results yield the global remedy for which we all yearn."

Last week, American researchers announced that the first COVID-19 vaccine tested there boosted people's immune systems just as scientists had hoped and the shots will now enter the final phase of testing.

That vaccine, developed by the National Institutes of Health and Moderna, produced the molecules key to blocking infection in volunteers who got it, at levels comparable to people who survived a COVID-19 infection.

The vaccine being developed by Pfizer also works to trigger a similar dual immune response as the Oxford shot.