Three months into the COVID-19 crisis, one of Canada's hardest-hit provinces is still unable to share some basic details about the spread of the disease.

If information is power, Ontario seems to be experiencing a brownout.

Three months into the COVID-19 crisis, one of Canada's hardest-hit provinces is still unable to share some basic details about the spread of the disease, including the number of tests being performed per region, statistics on the success of contact tracing, the availability of personal protective equipment (PPE) or the location of outbreak "hot spots."

The sort of data that is often readily available in other Canadian provinces and jurisdictions around the world.

On Wednesday, Toronto Public Health bowed to public pressure and released COVID-19 case numbers for all of the city's postal codes — information that may well spur more residents to get tested. This came just one day after Ontario Premier Doug Ford had rejected calls for a similar province-wide disclosure, saying he worried that the information could be "very stigmatizing" for people living in those areas.

Now, critics are calling for even more COVID transparency as Ontario struggles to flatten its curve and find a safe way to relax its lockdown.

"The province's unwillingness and inability to collect the appropriate data, and in turn share it with the public, and public health units, is hindering our response to COVID-19," said Joe Cressy, a Toronto city councillor and chair of the Board of Health.

Cressy cites not just the imprecise testing numbers but the absence of information on the race, occupation and living conditions of those who have fallen ill — details that might help authorities understand who is most at risk and how the disease is spreading. 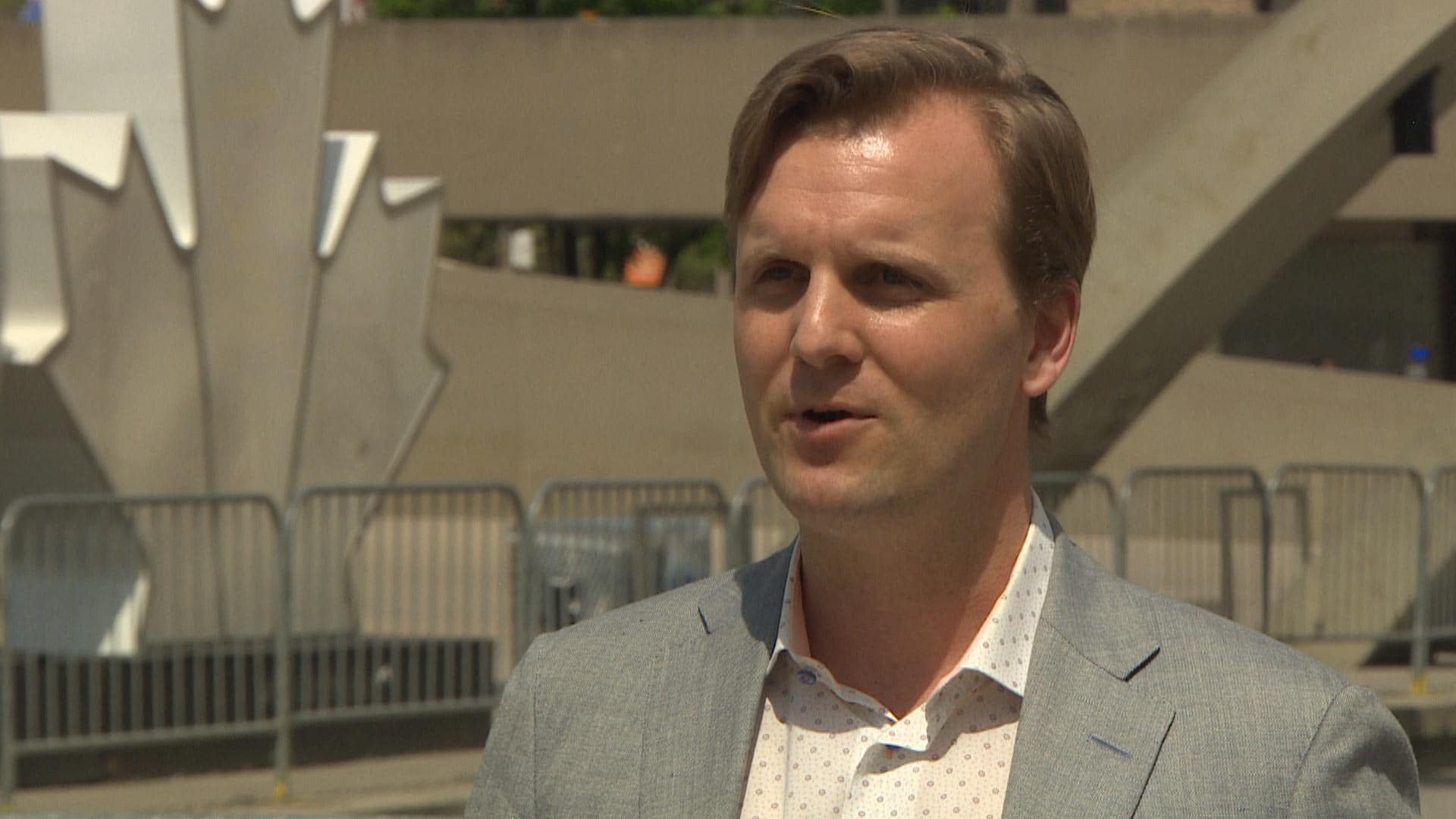 He said this was especially crucial in the Greater Toronto Area, which currently accounts for 76 per cent of all new COVID-19 infections in the province.

"In order to tackle a virus, you need to understand it," said Cressy. "So for us to be able to tackle COVID-19, to test for it proactively, to respond with the appropriate protections in place, we need to know who it's hurting and who it's hurting most."

It's a call echoed by Dr. Andrew Morris, an infectious disease specialist at Toronto's Sinai Health and University Health Network.

Morris said that hospitals in the province are still operating in the dark when it comes to things like the availability of hand sanitizer and PPE or localized surges in positive tests — something that might allow them to plan for busy emergency rooms days in advance.

Last week, Ford vowed yet again to "ramp up" testing, to levels that "this province has never seen."

"I'm going to be all over this testing," said the premier.

Meanwhile, his health minister, Christine Elliott, has defended his government's record to date.

"Do we hit the targets every single day? No. There is an ebb and flow to this, but we are increasing our capacity on a daily basis," she said. 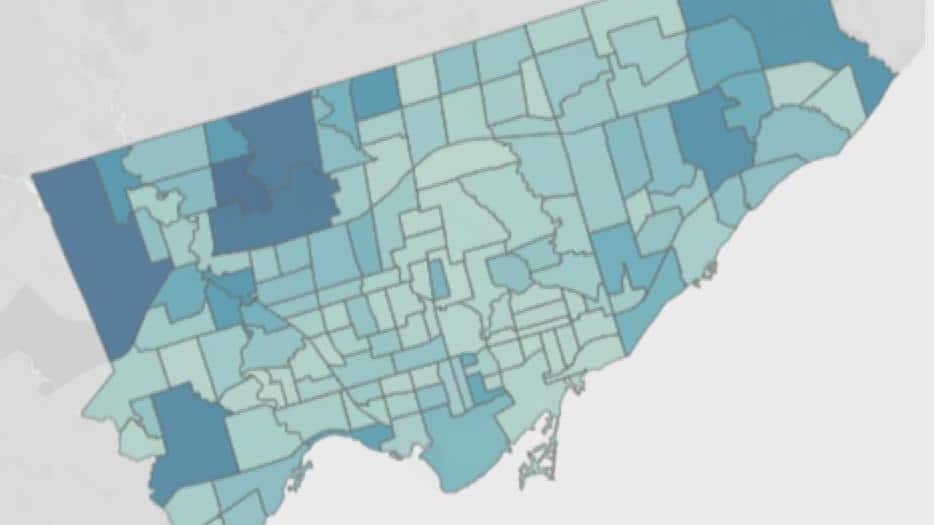 Part of the problem, Morris said, are "archaic" systems that don't allow hospitals, regional health authorities and the province to readily and easily share and analyze the data they have on hand.

"I think a lot of this relates to the chronic underfunding of public health in Ontario," said Morris. "Many of the problems that we're experiencing today were experienced during [the 2002-03] SARS crisis as well ... Our public health infrastructure has really not ramped up to the level that we've needed to."

Even the flow of basic information between the province and its 34 public health units is complicated. For example, Ontario's daily COVID-19 update pulls together information from four different databases — the provincial integrated Public Health Information System (iPHIS), which dates back to the early 2000s, as well as newer, municipally run reporting systems in Toronto, Ottawa and Middlesex-London.

Meanwhile, in the hastily constructed testing system — which is administered by the province — samples travel all over Ontario to both public and private labs for analysis. As a result, many local health regions say they don't know how many tests they have performed, and can only disclose how many positive results have come back.

The way that news of positive tests is shared with public health officials depends on which lab or hospital has processed the swab. A Toronto Public Health spokesperson told CBC that it has been receiving lab reports through a variety of ways: electronically, by phone, fax, even through the mail.

As of Wednesday, Peel, York, Ottawa, Durham, Waterloo and Windsor-Essex County followed Toronto as regions with the greatest number of COVID cases.

While each unit publishes detailed COVID-19 updates online, York Region Public Health Services, Windsor-Essex County Health Unit and Ottawa Public Health are the only regions in the group that publish daily testing numbers. York's website provides the most comprehensive daily counts, broken all the way down to specific testing centres. According to the data, the entire region tested 705 people on May 25.

All of this is a sharp contrast to British Columbia and Alberta, which have both managed to share regional testing numbers throughout the crisis. Or Quebec, which provides case numbers by district for its major urban centres.

New York City, perhaps the hardest-hit spot in the worldwide pandemic, has a municipal website that tracks everything from hot spots to local testing levels to the distribution of PPE and free meals.

Then there's South Korea, where the government has been providing the public with detailed information on where novel coronavirus patients reside, so they can steer clear of specific streets or neighbourhoods.

The man quarterbacking Ontario's COVID-19 response, Dr. David Williams, the chief medical officer of health, defended the provincial approach on Wednesday, suggesting that things like Toronto's list of postal code hot spots might actually give a false impression of the spread of the disease.

"You may find that you have a number of people in an area because you have the same postal code," Williams said. "Does that mean that neighbourhood is the problem? Or that the people went and worked in different companies that happen to have outbreaks in those companies?"

"We feel that governments in general should be more open with the information that's coming out," said Ian Bron, a project co-ordinator with the newly formed Canadian COVID-19 Accountability Group.

"Many Canadians don't know where the hot spots are. And that's the kind of information that citizens should have in order to make informed decisions about where to go and where to go afterwards. For example, if you're going to visit a loved one in a long-term care facility."

Bron acknowledged that governments have been forced to improvise during the crisis but said that shouldn't be an excuse for obscuring information that could be ultimately useful for public health.

"It's a little too easy to say we're in the middle of an emergency so we can't do anything right now. That doesn't mean you can't start taking steps in the right direction," he said.

In a new report, his group is calling for measures such as federal and provincial COVID-19 ombudspeople to help improve transparency.

U.S. produces 'much better data than we do'

Bron points to American jurisdictions as a positive example for Canadian governments.

"Although it seems like a terrible mess in the States, they produce much better data than we do. They go to much greater levels of granularity," he said.

There are worries about the consequences of too little information as the COVID outbreak grinds on. Morris pointed to a recent mass gathering in a Toronto park as evidence that the public might be at risk of losing the COVID plot.

"Today, I'm not sure that the average citizen really understands why there's a need to physically distance, self-isolate and [wear a] mask, and part of that relates to not having a clear [government] strategy," he said. "I think if there were one overarching challenge that we haven't overcome yet, it's a clearer message."

It's an absence of illumination that threatens to leave an entire province groping around for a way forward.

With files from Andreas Wesley, Kimberly Ivany and Laura Clementson