British scientist Michael Houghton, who works at the University of Alberta, and Americans Harvey J. Alter and Charles M. Rice were awarded the Nobel Prize in Medicine on Monday for the discovery of the hepatitis C virus.

Briton Michael Houghton, who has worked in Alberta for about a decade, won the prize alongside 2 Americans

British scientist Michael Houghton, who works at the University of Alberta, and Americans Harvey J. Alter and Charles M. Rice were awarded the Nobel Prize in Medicine on Monday for the discovery of the hepatitis C virus.

Announcing the prize in Stockholm, the Nobel Committee noted that the men's work identified a major source of blood-borne hepatitis that couldn't be explained by the previously discovered hepatitis A and B viruses. Their work, dating back to the 1970s and 1980s, has helped save millions of lives, it said.

"Thanks to their discovery, highly sensitive blood tests for the virus are now available and these have essentially eliminated post-transfusion hepatitis in many parts of the world, greatly improving global health," the committee said.

"Their discovery also allowed the rapid development of antiviral drugs directed at hepatitis C. For the first time in history, the disease can now be cured, raising hopes of eradicating hepatitis C virus from the world population."

"Michael Houghton's achievement cannot be overstated," said University of Alberta president Bill Flanagan. "Dr. Houghton has made this world a better place. As president of the University of Alberta, the institution where he has dedicated his time, I am proud and exhilarated that his work has been recognized in this way."

The university said Houghton is the first scientist at a Canadian university to win a Nobel in the same discipline in 97 years.

Frederick Banting and John Macleod, at the University of Toronto, won the Nobel Prize in Physiology or Medicine in 1923.

WATCH | Houghton says the results of his research mean more than the prize itself: 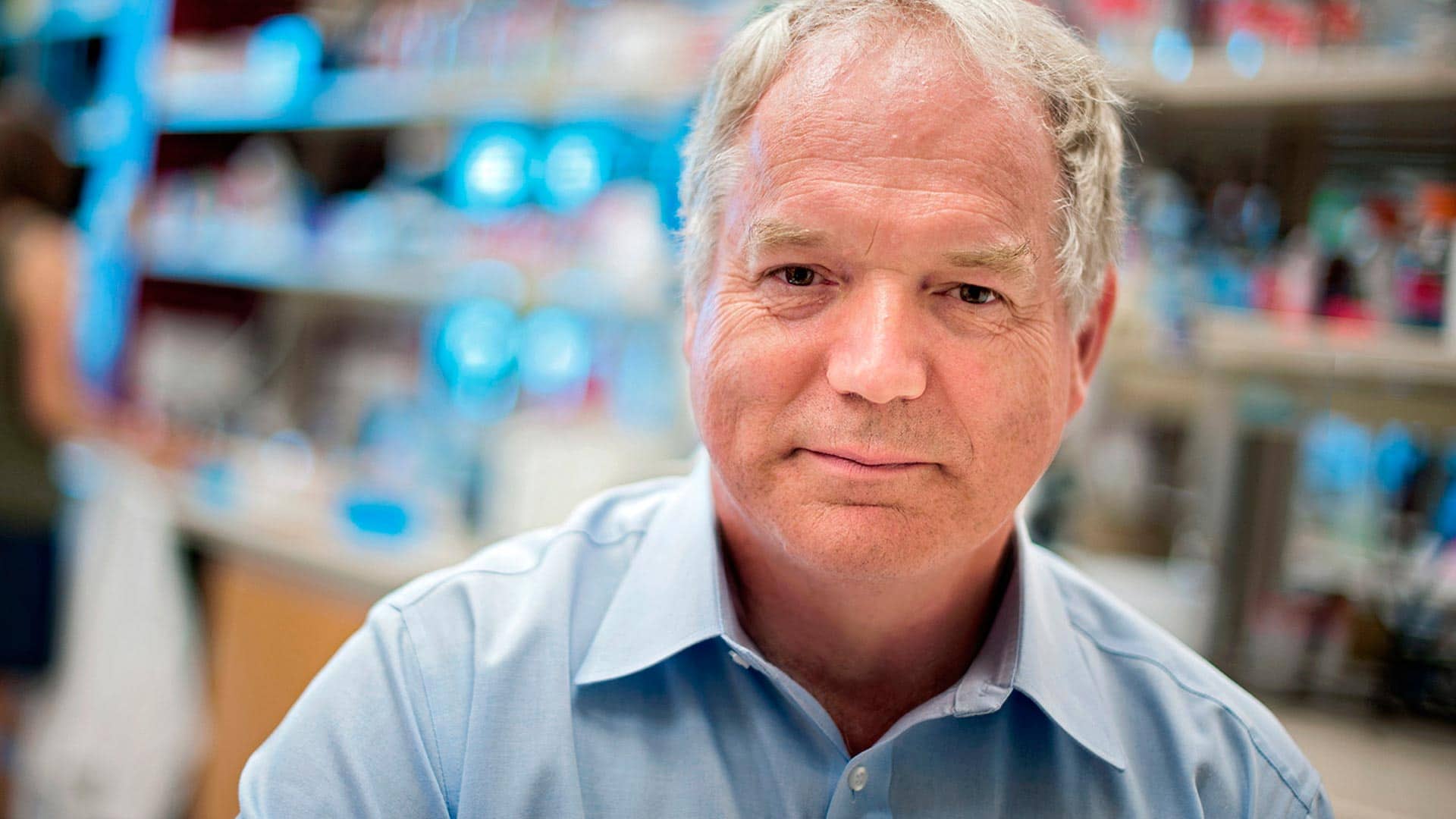 U of A researcher shares Nobel Prize in Medicine

4 months agoVideo
2:04
British researcher Michael Houghton, who works at the University of Alberta, is among three scientists awarded the Nobel Prize in Medicine for the discovery of the hepatitis C virus. 2:04

The hepatitis C virus is a major source of liver disease that affects millions worldwide.

The World Health Organization (WHO) estimates there are over 70 million cases of hepatitis C worldwide and 400,000 deaths from it each year. The disease is chronic and a major cause of liver cancer and cirrhosis requiring liver transplants.

John McLauchlan, a professor of viral hepatitis at the University of Glasgow, called the three laureates "pioneers" and said their discovery made the global elimination of the disease possible. In 2016, WHO issued a strategy to wipe out the disease by 2030.

"That would mark the first time we might possibly control a viral infection using only drugs," McLauchlan said.

"The only issue is getting drugs to people and places where they desperately need them." He noted that the disease primarily strikes stigmatized populations like drug users and the poor.

Graham Foster, professor of hepatology at Queen Mary University, said the discovery of hepatitis C has had significant impacts in both developing countries, like Egypt and Pakistan, where millions were infected via contaminated medical equipment or procedures, and in developed countries like the U.S., where the blood supply itself was often contaminated.

Houghton, born in Britain in 1950, studied at the Chiron Corporation in California before moving to the University of Alberta in Edmonton.

In a video produced by U of A, he recounted the seven-year process to identify the virus beginning in 1982.

Alter, who was born in 1935 in New York, carried out his prize-winning studies at the U.S. National Institutes of Health in Bethesda, Md., where he remains active, the committee said.

Rice, born in 1952 in Sacramento, Calif., worked on hepatitis at Washington University in St. Louis and now works at Rockefeller University in New York.

The medicine prize carried particular significance this year due to the coronavirus pandemic, which has highlighted the importance that medical research has for societies and economies around the world.

Will Irving, a virologist at the University of Nottingham, said that identifying hepatitis C had been the "holy grail" in medicine.

"After hepatitis A and B were discovered in the 1970s, it was clear there was still at least one other virus or more that were causing liver damage," he said.

"We knew there was a virus in the blood supply, because when people had blood transfusions they would get liver damage," Irving said. "It was recognized as a risk but there was nothing we could do. We didn't know what the virus was and we couldn't test for it."

Nobel Committee member Patrik Ernfors drew a parallel between this year's prize and the current rush by millions of scientists around the world to combat the coronavirus pandemic.

"The first thing you need to do is to identify the causing virus," he told reporters. "And once that has been done, that is, in itself, the starting point for development of drugs to treat the disease and also to develop vaccines against the disorder."

Unlike hepatitis A, which is transmitted via food or water and causes an acute infection that can last a few weeks, hepatitis B and C are transmitted through blood.

American scientist Baruch Blumberg discovered the hepatitis B virus in 1967 and received the 1976 Nobel Prize in Medicine, but this did not explain all cases of chronic hepatitis, a disease that was becoming more common even in apparently healthy people who had received or given blood.

"Before the discovery of the hepatitis C virus, it was a bit like Russian roulette to get a blood transfusion," said Nobel Committee member Nils-Goran Larsson.

Alter was working at the U.S. National Institutes of Health when he discovered that plasma from patients who didn't have hepatitis B could also transfer the disease.

"The breakthrough came in 1989, when Michael Houghton and colleagues working at Chiron Corporation used a combination of molecular biology and immunology-based techniques to clone the virus," said Nobel Committee member Gunilla Karlsson-Hedestam.

Later, Rice confirmed that a cloned hepatitis virus alone could cause persistent infection in chimpanzees and reproduce the disease observed in humans.

Thomas Perlmann, the secretary-general of the Nobel Committee, managed Monday to reach two of the winners, Alter and Rice.

"I had to call a couple of times before they answered," he said. "They seemed very surprised and very, very happy."

The Nobel Committee often recognizes basic science that has laid the foundations for practical applications in common use today.

"It takes time before it's fully apparent how beneficial a discovery is," said Perlmann. "Of course these serological tests have been around for quite a while, but the antiviral drugs that emerged as a consequence of this significant discovery have been much more recent."

At a media briefing on Monday, Rice said that while "winning a prize is one thing," being able to witness people being successfully treated with drugs to eliminate hepatitis C within about three decades of the discovery of the disease was "the greatest reward."

"It's a rare treat for a basic scientist," he said.

Alter described the 4:45 a.m. phone call he got from Stockholm as "the best alarm clock I've ever had."

The prestigious Nobel award comes with a gold medal and prize money of 10 million Swedish kronor ($1.5 million Cdn), courtesy of a bequest left 124 years ago by the prize's creator, Swedish inventor Alfred Nobel.

Monday's medicine award is the first of six prizes this year being announced through Oct. 12. The other prizes are for outstanding work in the fields of physics, chemistry, literature, peace and economics.