One in three Canadians sleep less than the recommended seven to nine hours per night. The culprit could be too much screen time, stress or caffeine, but few Canadians realize their daytime doziness may be directly caused by a condition called sleep apnea that can have serious health ramifications.

Worried about the health effects of poor sleep, three people get tested - with surprising results

"I don't think I have a lot of nights where I sleep eight hours solid. I haven't done that for a long time now," says McCann, a retired nurse and grandmother.

She knows she's not alone. Her friends often complain about restless nights.

"They don't sleep either … not the way you used to sleep when you were young."

Statistics Canada estimates one in three Canadians sleep less than the recommended seven to nine hours per night.

Some experts say the culprit is too much screen time. Others blame increased work demands and caffeine consumption.

But few Canadians realize their daytime doziness may be due to sleep apnea, an obstructive sleep disorder that causes people to stop breathing at night, often for as long as 10 to 30 seconds at a time.

CBC's The National approached McCann and two other Canadians worried about lack of sleep – Arthur McGregor, 65, and Kim Clark, 57 — and arranged a take-home sleep test for them to help determine the cause of their sleep issues.

Sleep apnea is what doctors refer to as an "obstructive" disorder. When muscles in the airway relax during sleep the tissue can block the flow of air, causing snoring or even choking.

When the body senses the lack of air, it basically wakes up until breathing normalizes. But when the person falls asleep again the cycle restarts — happening anywhere from a few to several hundred times a night.

The consequences of sleep apnea go beyond feeling sleepy. The disorder has been linked to reduced quality of life, work-related injuries and memory loss.

It's also associated with increased risk of diabetes, stroke and heart attack, because the most common cause of the disorder is obesity.

"Weight is directly responsible for sleep apnea," says Andrew Holmes, a registered polysomnographic technician and sleep specialist who administered the sleep tests for The National.

While sleep apnea can be attributed to inherited traits like face and skull shape, neurological issues and the use of certain opiates, the primary trigger is being overweight. Heavier people tend to have more tissue surrounding their airways, making them prone to obstruction — and apnea can contribute to weight gain, making the problem even worse.

"It doesn't solely discriminate against those that have weight problems, but … we're getting a bigger, larger population and heavier-set people. And it's impacting our sleep," Holmes says.

While the causes are understood, what is in question is exactly how many Canadians experience sleep apnea.

A 2014 study by the Public Health Agency of Canada estimated 5.4 million Canadian adults have been diagnosed with, or are at high risk of experiencing, obstructive sleep apnea.

According to Health Canada, signs and symptoms of sleep apnea include:

Holmes says he was "shocked" to learn how many people suffer from the disorder when he first began working in a sleep lab at the Queensway Carleton Hospital.

"It is about 80 per cent under-diagnosed currently with the [Canadian] population," Holmes says.

Low diagnosis rates are attributed, in part, to the nature of the condition: many of the most obvious symptoms, like snoring and pauses in breathing, happen while people are asleep. Others, like daytime drowsiness, are often brushed off as "normal" tiredness.

Holmes, a private sleep consultant whose clients include soldiers suffering PTSD and the Ottawa Senators hockey team, says sleep is a key to emotional, mental and physical health.

"Without quality sleep and the right amount of sleep every single night, we can really be putting ourselves at a disadvantage for peak performance," Holmes says.

Diminished performance has been nagging at Arthur McGregor. He worries sleep deprivation is having a negative impact on his livelihood as a musician, plus he's increasingly forgetting stuff.

"I honestly believe that I feel more muddled. I have — what's the word I'm looking for? I have problems remembering things," McGregor says.

For the past two decades, McGregor has averaged five to six hours of sleep a night. He has tried sleeping pills and various sleep aids, to no avail.

When his snoring began disrupting his wife's sleep, McGregor's doctor recommended a Continuous Positive Airway Pressure (CPAP) machine. It's a small bedside pump connected by a pipe to a mask, and it blows a stream of pressurized air to help keep a person's airway open while they sleep.

His snoring improved; his quality of sleep did not.

Still using the CPAP, he recently changed his diet and lost 15 pounds to see if that would help. He agreed to take The National up on its offer of arranging a sleep test, because he was curious to see if weight loss had improved his sleep, as well as whether his memory loss was attributable to sleep or another health issue.

I'd like to know if I'm actually sleeping when I'm sleeping.- Carolyn McCann

Retired nurse Carolyn McCann took the test because she was keen to understand why she's so restless through the night.

"I'd like to know if I'm actually sleeping when I'm sleeping," McCann says.

Kim Clark says she's learned to operate on four to six hours sleep a night out of necessity, but not by choice.

"If I could change anything about myself, it wouldn't be my height or my weight or boob size, it would be my sleeping habits. I have always been a horrible sleeper."

Holmes gave equipment to all three participants to monitor how they breathe during sleep.

They set up the take-home tests themselves, slept in their own beds, then returned to hear the results, which Holmes had reviewed with a physician and respirologist who specializes in sleep medicine.

'Never imagined I had sleep apnea'

The data from the sleep tests shows the remarkable diversity of both sleep problems and potential solutions.

Holmes suggested simple meditation may improve her sleep by helping slow her heart down.

McGregor slept just under six hours. However, he was pleased to learn he had only 10 to 15 apnea events per hour, fewer than before he started using the CPAP machine.

Holmes advised him that a new CPAP facemask that fitted better might further improve his sleep.

McCann's test was a different story.

While she slept nearly eight hours, she had as many as 24 apnea events every hour, a moderate form of sleep apnea. Her oxygen levels sometimes dipped to 76 per cent, well below the recommended 90 per cent range, which suggests increased strain is being put on her cardiovascular system.

"I was really surprised," McCann says. "I just never imagined that I had sleep apnea."

McCann was dismayed by Holmes' advice that she may need to use a CPAP device every night.

"That was an emotional reaction, not a logical one. Who wants to wear one of those things?" McCann says.

"I will certainly do something about it. I'm not just going to ignore it … I don't want to die of a heart attack or a stroke."

Holmes recognizes CPAP devices carry a stigma, but emphasizes that it's not a reason to ignore symptoms of a sleep issue.

He says sleep-deprived Canadians need to determine what's causing the problem and take steps toward solutions, whether it's a CPAP machine or changing diet and lifestyle.

"I know a lot of people think, 'Oh man, that's horrible news.' It's not. We've identified an issue, [now] we could potentially look to a remedy," Holmes says.

Watch Duncan McCue's story from The National on sleep apnea: 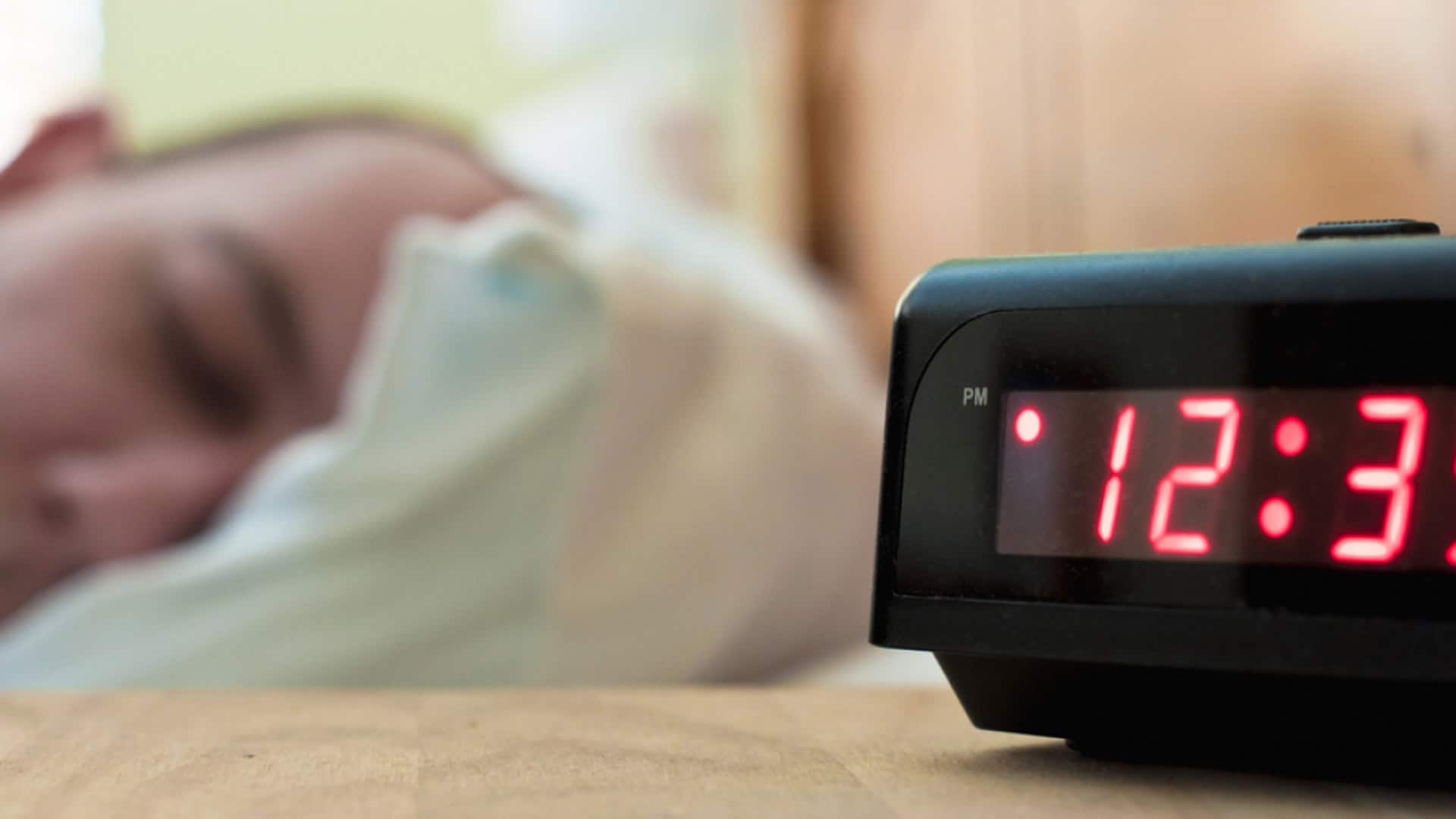 2 years ago
10:11
It may be to blame for that loud snoring, or morning headache. Plus, people who have it are more likely to suffer from things like heart disease and depression. It's sleep apnea, and a large number of Canadians are at risk of the serious health effects that come with it. But surprisingly, few are aware of it. 10:11