There's more promising news from a COVID-19 vaccine candidate: Moderna said Monday its shots provide strong protection, a dash of hope against the grim backdrop of coronavirus surges around the world. The vaccine is among those that Canada has preordered for its population.

For the second time this month, there's promising news about a COVID-19 vaccine candidate: Moderna said Monday its shots provide strong protection, a dash of hope against the grim backdrop of coronavirus surges in the United States and around the world. The vaccine is among those Canada has preordered for its population.

Moderna said its vaccine appears to be 94.5 per cent effective, according to preliminary data from the company's still-ongoing study. A week ago, competitor Pfizer Inc. announced its own COVID-19 vaccine appeared similarly effective — news that puts both companies on track to seek permission within weeks for emergency use in the United States.

Kate O'Brien, director of the immunization department at the World Health Organization (WHO), said the preliminary results for both vaccines were "incredibly exciting."

"Both have reported over 90 per cent efficacy, which is really extraordinary and really meaningful," she told CBC News in a phone interview from Geneva.

"But we do have to remember that these are both based on short-term results after having been immunized.… Would that efficacy hold up over a period of weeks, months or even years?"

"It won't be Moderna alone that solves this problem. It's going to require many vaccines," to meet the global demand, he said. 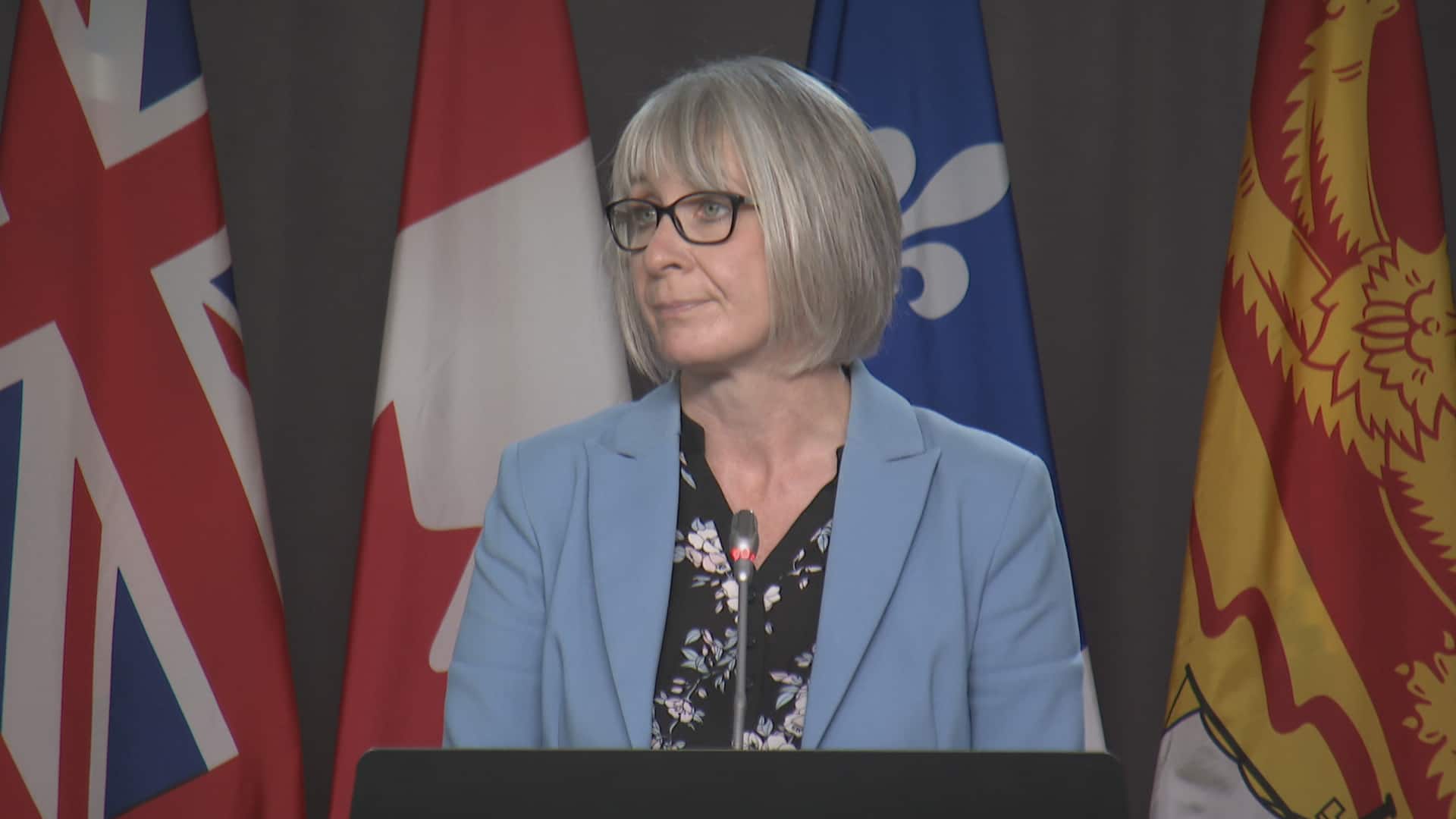 A vaccine can't come fast enough, as virus cases topped 11 million in the U.S. over the weekend — one million of them recorded in just the past week. The pandemic has killed more than 1.3 million people worldwide, more than 245,000 of them in the U.S.

Still, if the U.S. Food and Drug Administration allows emergency use of Moderna's or Pfizer's candidates, there will be limited, rationed supplies before the end of the year. Both require people to get two shots, several weeks apart. Moderna expects to have about 20 million doses, earmarked for the U.S., by the end of 2020. Pfizer and its German partner BioNTech expect to have about 50 million doses globally by year end.

Moderna's vaccine, created with the National Institutes of Health, is being studied in 30,000 volunteers who received either the real vaccination or a dummy shot. It's very unusual for results to be analyzed and released before a clinical trial is complete. Despite that, on Sunday, an independent monitoring board examined 95 infections that were recorded starting two weeks after volunteers' second dose — and discovered all but five illnesses occurred in participants who got the placebo.

"We think we see the light at the end of the tunnel here," said O'Brien. "We think that there's something that can be added to the toolbox that can really make a difference and change the shape of this curve and the experience that we've all been living through."

But widespread vaccine rollout is still months away - regardless of which one is available. <br><br>With cases/hospitalizations/deaths rising, it's time to double down on our efforts and continue effective public health measures to keep the virus at bay...masking, distancing, etc.

"That being said, now is not the time for people to start to take their foot off the pedal on all of the measures that we already have that we know work."

She added that mask wearing, physical distancing, hand washing, ventilation and developing a strong test, trace and isolate strategy while supporting COVID-19 patients is key until the widespread rollout of a vaccine.

But even with preliminary vaccine trials showing over 90 per cent effectiveness, she says, that doesn't necessarily mean enough people will be immunized to break the chains of COVID-19 transmission anytime soon.

"We have a measles vaccine that's 95 per cent efficacious and we've still got millions of kids around the world who don't get a measles vaccine and as a result we have measles outbreaks in lots of countries," she said.

"So getting a really efficacious vaccine is step one, deploying it, and deploying it with fidelity in the way it's supposed to be deployed ... that's the hard work to actually make sure that the vaccine delivers on its promise from the efficacy trials."

Moderna's study is continuing, and the company acknowledged the protection rate might change as more COVID-19 infections are detected and added to the calculations. Also, it's too soon to know how long protection lasts. Both cautions apply to Pfizer's vaccine as well.

But Moderna's independent monitors reported some additional promising tidbits: all 11 severe COVID-19 cases were among placebo recipients, and there were no significant safety concerns.

The main side effects were fatigue, muscle aches and injection-site pain after the vaccine's second dose, at rates that Hoge characterized as more common than with flu shots but on par with others such as the shingles vaccine. 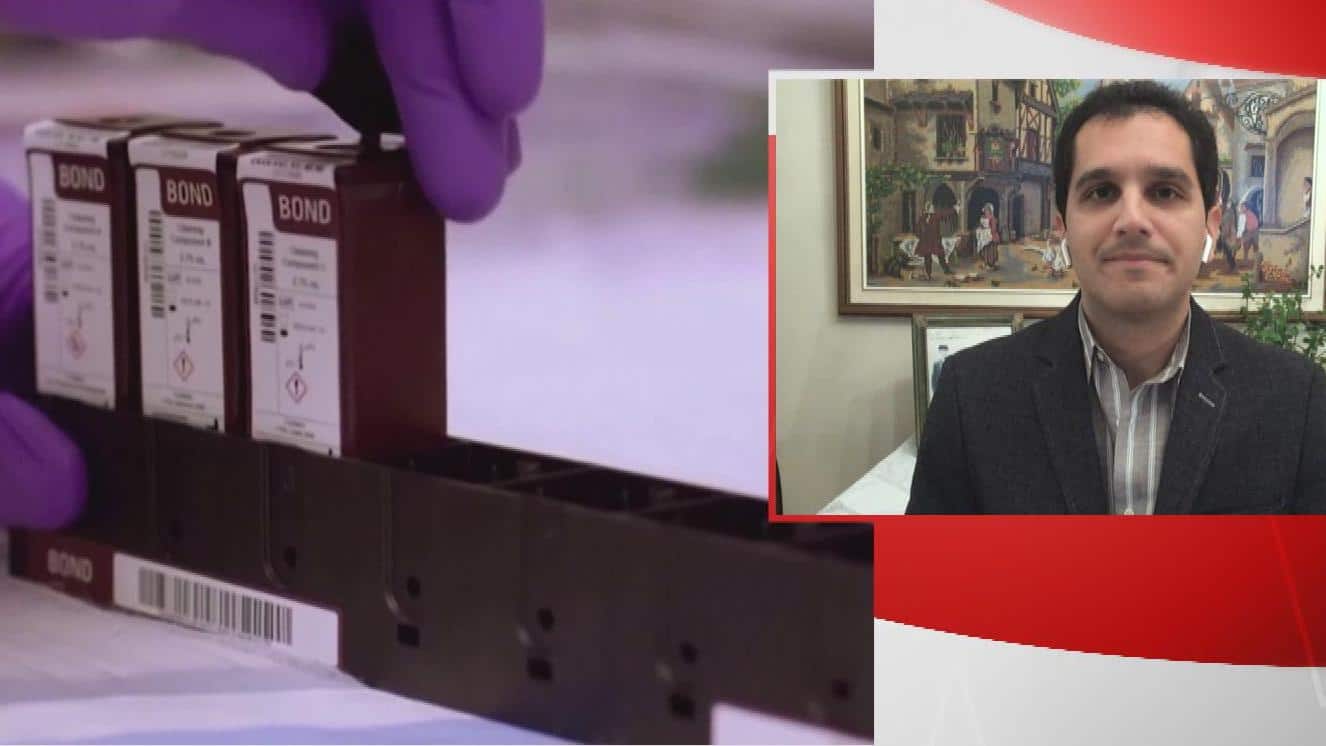 Moderna shares rocketed higher on the announcement and appeared to be headed for an all-time high Monday. The Cambridge, Mass., company's vaccine is among 11 candidates in late-stage testing around the world, four of them in huge studies in the U.S.

Questions remain, including whether a vaccine is equally effective for different groups of people.

"We will need much more data and a full report or publication to see if the benefit is consistent across all groups, notably the elderly, but this is definitely encouraging progress," said Stephen Evans, professor of pharmacoepidemiology at the London School of Hygiene & Tropical Medicine.

O'Brien, at the WHO, said other important unknown factors include whether these vaccines alter the transmission of the virus, including the length of infection, the level of virus in the body and how likely an infected individual is to transmit to someone else.

"Those are the things that will be huge game changers," she said. "If the vaccine can alter any of those attributes of the virus."

Both Moderna's shots and the Pfizer-BioNTech candidate are so-called mRNA vaccines, a brand-new technology. They aren't made with the coronavirus itself, meaning there's no chance anyone could catch it from the shots. Instead, the vaccine contains a piece of genetic code that trains the immune system to recognize the spiked protein on the surface of the virus.

"It's a completely different and completely new way to make a vaccine, but it seems to work and it seems to be highly effective," Dr. Christopher Labos, a Montreal-based epidemiologist, told CBC News Network on Monday. "It looks as if both these vaccines are going to work and very likely both these vaccines are going to be rolling out early 2021."

The strong results were a surprise. Scientists have warned for months that any COVID-19 shot may be only as good as flu vaccines, which are about 50 per cent effective. 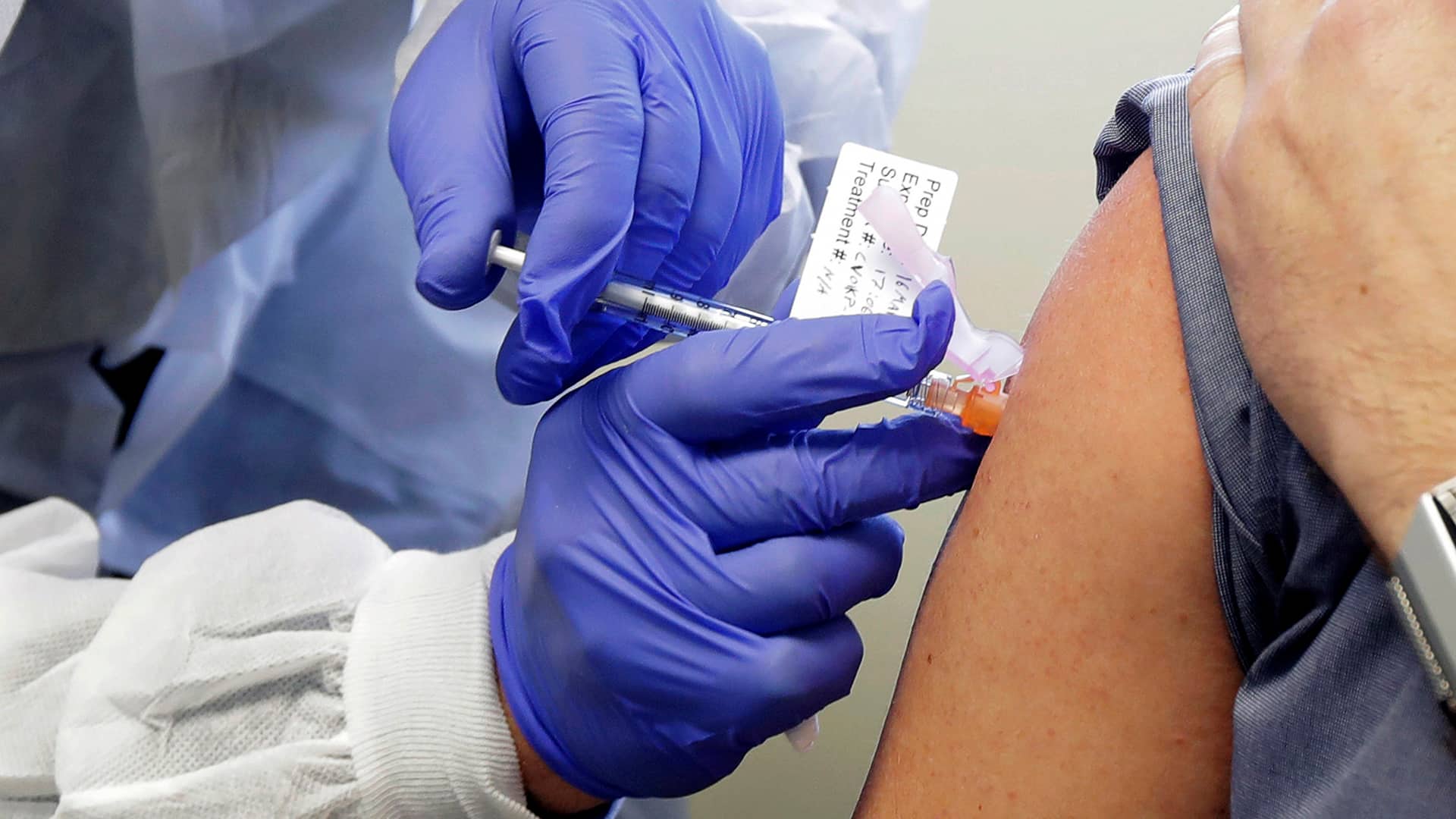 11 days agoVideo
3:24
A COVID-19 vaccine from biotech company Moderna has shown promising early results, appearing to be 94.5 per cent effective, and the company says that it may apply for emergency use in the U.S. within weeks. 3:24

Another steep challenge: distributing doses that must be kept very cold. Both the Moderna and Pfizer shots are frozen but at different temperatures. Moderna announced Monday that once thawed, its doses can last longer in a refrigerator than initially thought, up to 30 days. Pfizer's shots require long-term storage at ultra-cold temperatures, while Moderna says regular freezer temperatures will suffice for its vaccine.

O'Brien said the WHO is very interested to see the complete data behind both vaccine trials, particularly with respect to protection in older adults and those with underlying health conditions.

"Getting to this kind of vaccine efficacy has been so much the focus of the science world and the non science world. But getting a vaccine isn't the goal — getting people vaccinated is the goal," she said.

"A vaccine that sits in a freezer, or in a refrigerator or on a shelf, has no benefit for creating positive impact on health, societies or economies, it really has to be delivered and result in immunization of people."