‘Spiked’ products can have cheaper filler, not enough promised protein

Editor's Note: Segments of this article have been removed. After publication, further testing revealed the results initially provided to CBC Marketplace were wrong. The CBC regrets the errors. Please see the story here.

Trying to get ripped? You may be getting ripped off. While more Canadians turn to protein powders to give their workouts a boost or to replace meals, not all supplements deliver the punch they promise.

A Marketplace investigation into what popular supplements contain reveals you're not always getting as much protein as the package promises.

In the first investigation of its kind in Canada, Marketplace tested popular vitamins and supplements, including Vitamin C, fish oil and protein powder, to see if what is on the label is actually what is in the bottle.

"Protein's expensive," says Neil Thanedar, founder and CEO of LabDoor, which analyzed the test results. "Someone is trying to make the product more cheaply."

In the past five years, sales of protein powders in Canada increased 25 per cent to almost $200 million a year.

What's more, as Canadians' appetite for protein supplements has increased, so has evidence of "spiking," where manufacturers add cheaper fillers that make it appear that there is more protein in a product than there is.

When a product is "spiked," manufacturers use nitrogen-based compounds such as free amino acids, which can look like protein in standard tests. Only more specialized analyses can tell the difference.

"A company is using something that looks like protein but is actually in most cases cheaper or simpler to use," Thanedar told Marketplace's Erica Johnson. "We consider this economic adulteration."

A number of class action cases in the U.S. allege that protein spiking misleads consumers.

'Get away from the short cuts'

Protein powders can be costly, ranging from $40 to almost $200 for a container.

But if you're concerned about getting the protein you pay for, Dr. David Agus, bestselling author of The End of Illness, and a professor of medicine at University of Southern California, recommends getting protein from your food. 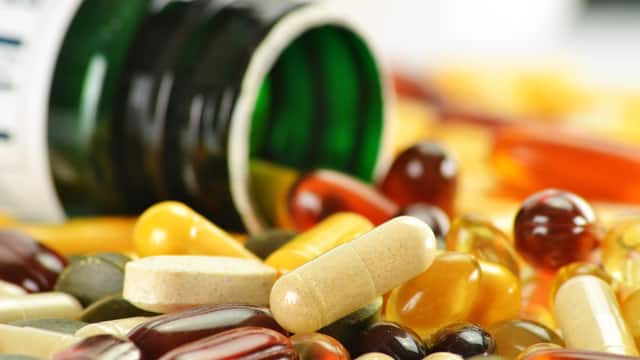 5 years agoVideo
0:44
As many as three out of four Canadians use natural health products. From herbal remedies to minerals, vitamins and other supplements, it’s a billion dollar industry that includes everyone from Big Pharma to Mom and Pop operations. They're products packed with promises, but what’s actually in the bottle? Could we be taking too much? And could they actually be harmful to your health? 0:44

"Get away from the short cuts," he says. "I know everybody wants it, we've got a crazy busy life.  But you eat real food and regularly. You'll do better."

Editor's Note: A segment of this article has been removed. After publication, we received new information that we are now investigating further. This story will be updated soon.