As anti-vaccination misinformation continues to persist online, an undercover Marketplace investigation provides a rare glimpse into inner workings of the movement.

'Their goal is to create noise, to create uncertainty,' says one public health expert

They came from across North America, paying $200 each to attend the ritzy event in Washington, D.C., hoping to snag selfies with some of the biggest names in the anti-vaccination movement.

For the anti-vaccination activists gathered in the U.S. capital last November, it was also a chance to strategize on ways to further their cause.

And they were more than willing to share those strategies with the undercover Marketplace journalists who attended the event, posing as activists trying to grow the movement in Canada.

The Marketplace investigation provided a rare glimpse into the inner workings of the anti-vaxx movement, which experts say is largely to blame for a shift in mindset about vaccination. Nearly half of Canadians today have some concern about vaccine safety.

"Take vaccines out of the name — that way you won't get flagged," said one Virginian woman attending the event.

She was speaking about how to get around social media filters geared at weeding out anti-vaccination content.

WATCH | A glimpse inside the anti-vaccination movement: 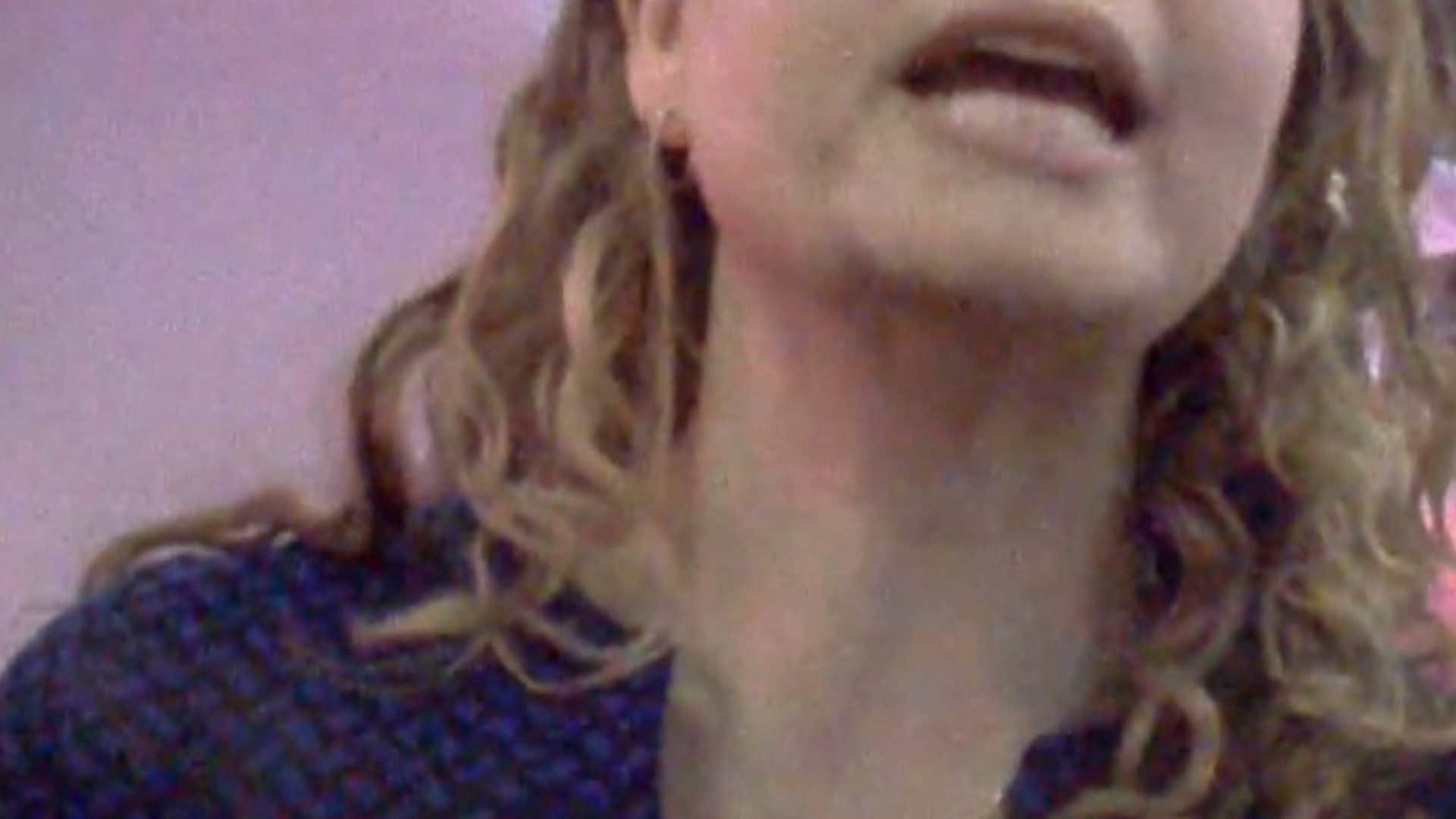 Undercover in Washington at a VIP anti-vaccination event

1 year agoVideo
0:38
Hidden cameras rolling, Marketplace producers went undercover to find out how anti-vaxxers spread their message online and the business behind the movement. 0:38

Her own group is named Virginians for Informed Consent and has about 1,200 members.

She's also gone a step further, making the group almost impossible for the public to find.

The VIP event attended by Marketplace followed a public rally on Washington's National Mall, where a number of anti-vaccination celebrities — Andrew Wakefield, Del Bigtree and Robert F. Kennedy Jr. — galvanized loyal activists, eager to speak out against what they claim is a coverup of a massive vaccine injury epidemic.

The movement persists despite a scientific consensus among medical professionals, vaccininologists and toxicologists that vaccines are safe and effective.

"Their goal is to create noise, to create uncertainty," said Timothy Caulfield, a health law and policy expert and author of The Vaccination Picture, a book debunking anti-vaccination myths.

Non-medical exemptions from vaccines have spiked in recent years, as have outbreaks from vaccine-preventable diseases, such as measles.

In California, where exemption rates reportedly reached 10 per cent or more in some schools, lawmakers passed new laws limiting such exemptions.

Last year, Toronto Public Health passed a motion asking the province to consider removing non-medical exemptions in Ontario. Health officials said exemption rates had more than doubled, to around two per cent, over the past 12 years.

But it didn't come without protest: dozens of anti-vaccination activists showed up at city hall to fight that motion.

"People around the world have stopped vaccinating because of the rhetoric that they've read online, that they've had in discussion groups, about how vaccines may be harmful," said Dr. Vinita Dubey, of Toronto Public Health.

"At what point are we going to say: the exemption rates are too high, and we're putting the population at risk?"

Vaccination being challenged in court

In October, Vaccine Choice Canada, an anti-vaccination non-profit group, along with five Ontario mothers, launched a constitutional challenge arguing the province's current vaccination policies — which force parents to go through a course before getting a non-medical exemption or else risk school suspension for their kids — were too onerous and infringed on their rights.

The province previously told CBC it would not be considering an end to non-medical exemptions.

A few months prior to the constitutional challenge in Ontario, when the government of New Brunswick introduced a bill that would have removed non-medical exemptions, anti-vaxxers gathered in Fredericton to push back against it.

At the time, the bill was delayed, though a new bill has since been reintroduced and is currently at second reading.

Similar challenges have been launched at statehouses across the United States — most recently in New Jersey, where lawmakers voted down a bill to remove non-medical exemptions.

"They would love to be able to predict what we have going on. They can't predict [it]," James Lyons-Weiler, a well-known activist who runs a U.S. non-profit anti-vaxx group, said at the Washington event. "Keep their heads spinning."

Such tactics are "incredibly craven," said Seth Mnookin, author of The Panic Virus: The True Story Behind the Vaccine-Autism Controversy.

"It's a dishonest way to go about things," he said. "I think it shows there's an awareness if they try to have this debate in a real way, and try to present the facts and have honest discussions with parents and with legislators, that their side would lose.

Marketplace set out to find out just how anti-vaxx groups rally people — and money — for the cause.

One man who knows a lot about those tactics is Andrew Wakefield, one of the world's most notorious anti-vaxxers, who attended the Washington event.

The disgraced British ex-doctor famously helped spawn a generation of vaccine fear after co-authoring a 1998 study linking the MMR vaccine to autism. The study was eventually retracted after it was revealed much of the research was fraudulent and that Wakefield had financial conflicts of interest while doing the work.

Wakefield also lost his medical licence, though he now has a career in the anti-vaccination movement.

"I love Canadians," said Wakefield when the undercover Marketplace team introduced themselves.

Saying they were hoping to have him speak at a future event in Vancouver, the team asked about Wakefield's speaking fee. Marketplace later learned via email he would charge $3,000 for the engagement.

"I don't begrudge people to earn money to write and give speeches," said Mnookin. "The part I find offensive is that it's money that's made off stoking people's fears and anxieties. I wish he wasn't making money off of falsehoods … he's apparently made a career out of this."

According to tax filings, Wakefield brought in more than $3 million US to advance his debunked cause through non-profits and research over the past decade. A number of those non-profits have since been dissolved.

Wakefield's lawyer, Jim Moody, confirmed his client has raised "a few million" dollars for the cause but said he is not a "profiteer on this issue."

Moody said the money was originally put toward research projects, but Wakefield has since pivoted, and "most of his output now is in advocacy, film, written work and speeches, and not in published research papers."

"If he does know that it is a lie, this is a pretty evil pursuit," said Caulfield of Wakefield's ongoing anti-vaxx advocacy.

Another leader of the movement is Del Bigtree, a former TV producer and controversial filmmaker who travels the world to host various speaking engagements and founded a non-profit called the Informed Consent Action Network (ICAN).

He's also one of Wakefield's biggest defenders, working on a controversial documentary with him in 2016, and is often at the forefront of rallies protesting legislation that would limit vaccine exemptions.

Bigtree grabbed headlines last year when The Washington Post and others reported that the Selz Foundation — run by a wealthy New York hedge fund founder and his wife — gave ICAN more than $1 million US to further the anti-vaxx cause. According to 2017 tax filings for the non-profit, that accounted for a majority of the $1.4 million the group raised that year. 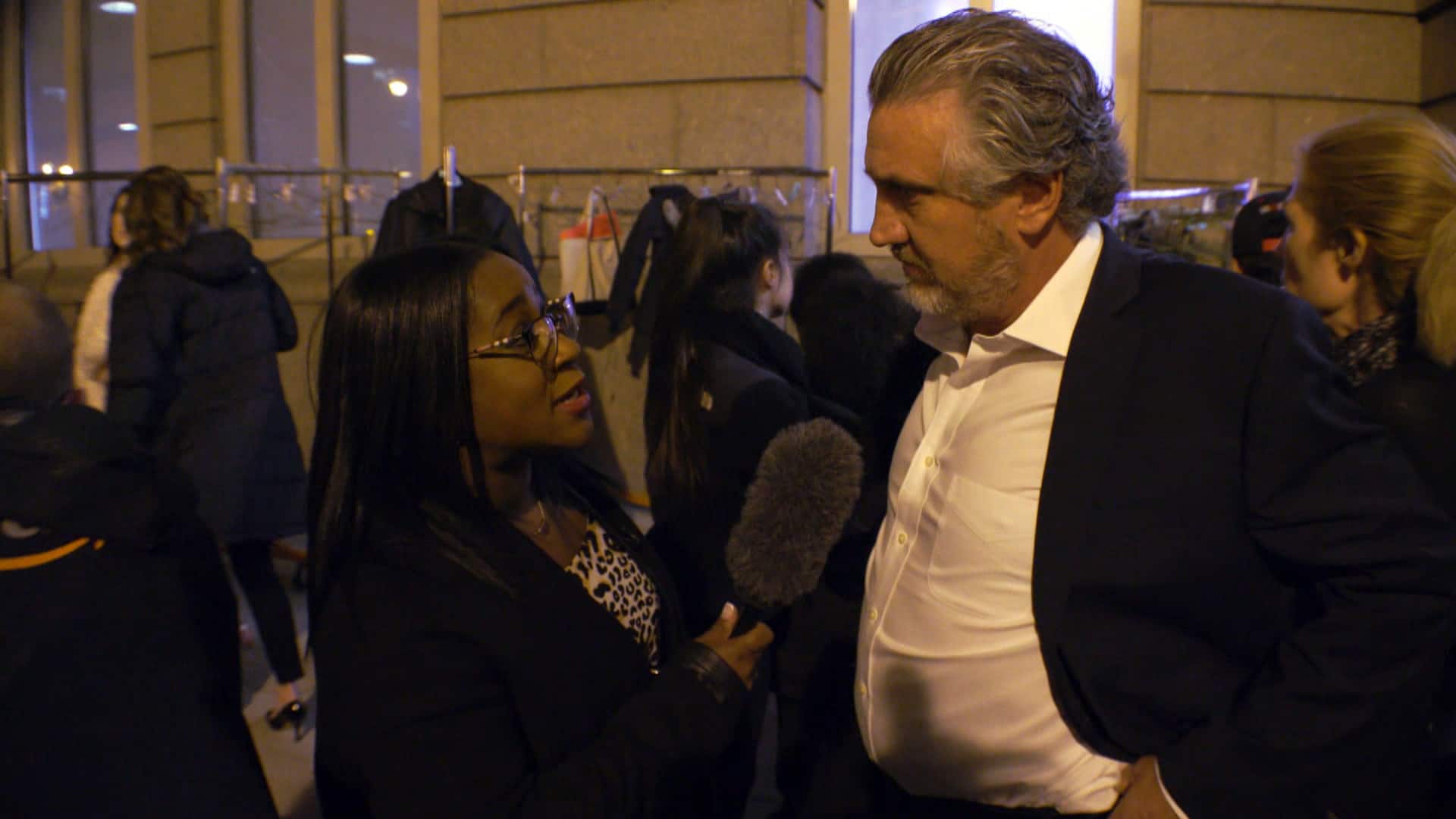 1 year agoVideo
0:35
The anti-vaccination movement persists despite a scientific consensus among medical professionals that vaccines are safe and effective. 0:35

When asked about Bigtree's speaking fees, his manager, James Sherrer, told an undercover Marketplace journalist he, too, charged $3,000, not including airfare and hotel.

Bigtree later told Marketplace that speaking fees "help to fund the greater part of my work, which involves travelling state to state to speak and educate for free."

Other anti-vaxx figures, such as James Lyons-Weiler, find workarounds.

Since 2015, Lyons-Weiler, has run a self-described "progressive science" group. He told Marketplace's undercover journalists that he's "not for or against" vaccines.

"I'm a not-for-profit — I'm just educating," he said at the VIP event.

Yet in speeches, he touts the false claim that "vaccines can and do cause autism" and holds events at which he vows to "bring the science."

Earlier this month, he held an event in Los Angeles with another high-profile activist, Robert F. Kennedy Jr., where they charged $40 to $55 US per ticket.

When asked how much it would cost to bring him to Canada to speak, Lyons-Weiler told the undercover Marketplace team that he didn't charge, because it would make him "an international lobbyist."

"So, what I would rather do is, I do a science day the day before," he said. "I'd run an event where you … charge admission as per my website."

"Sounds like a promo thing for you, a marketing thing for you," said our journalist. "That way, it's not a ... quid pro quo, I guess."

Lyons-Weiler responded: "Listen, if the worst thing I'm doing is talking with people about aluminum accumulation trends in children from vaccines…"

In later correspondence, he detailed through an assistant that for a group of 400 people, he would want about $20 US per person, netting around $10,000 Cdn.

Lyons-Weiler later told Marketplace in an email that there is nothing wrong with getting paid for his services and that there are costs associated with holding events.

One activist at the Washington event recommended that Marketplace's undercover team use AmazonSmile to fundraise, the charity arm through which the online retailer donates 0.5 per cent of eligible Amazon purchases to whichever registered charity a customer selects.

"It's almost kind of like, 'Ha ha, Amazon,'" said the participant, referring to Amazon's attempts to remove anti-vaccination books and videos from its site.

"They're trying to restrict … free speech, but you're still donating to my vaccine charity."

As part of its investigation, Marketplace found a number of anti-vaxx non-profits on AmazonSmile to which customers could donate.

When asked about them, Amazon said organizations that support "intolerance, hate, terrorism, violence, money laundering, or other illegal activities are not eligible."

It said that if there are violations of this agreement, an organization's "eligibility will be revoked."

While online platforms, and social media, in particular, have become a primary tool in the anti-vaccination fight, companies — such as Facebook — have begun hiding (but not removing) such content from search results, in part because of pressure from lawmakers.

Still, Marketplace found dozens of groups in Canada and the U.S. that purport to advocate for "health freedom" and "informed consent" but regularly promoted content questioning vaccine safety.

Most of the groups, such as the "Oklahomans for Health and Parental Rights" or "Informed Choice Washington," were at the top of Facebook's search feeds. Those two groups combined had more than 25,000 followers.

Facebook has also been home to paid anti-vaccination advertising. Several media outlets have reported most of the ads had been purchased by two organizations, including Kennedy Jr.'s non-profit, World Mercury Project, which later became the Children's Health Defense.

Though those ads have since been banned, the reach of that misinformation was widespread. Based on Marketplace's analysis, dozens of vaccine-related ads from Kennedy Jr.'s group had one to three million impressions on Facebook over a two-year period.

Kennedy Jr. did not respond to Marketplace's request for comment.

Marketplace shared the findings of the investigation with Facebook, including a number of pages that spread misinformation.

In response, Facebook told Marketplace it had flagged and reduced distribution for three of the pages for "spreading vaccine misinformation." The company also said it disabled a number of other accounts, because they violate Facebook's policies on misrepresentation.