'This is pretty incredible': How Cuba – and Canada – give U.S. lung cancer patient new hope

When Mick Phillips was diagnosed with lung cancer more than five years ago, the odds of survival for the Wisconsin man were not good. After treatment, however, his cancer has not advanced, and his doctor credits a vaccine from Cuba, obtained after travelling via Canada, for sustaining his remission.

When Mick Phillips was diagnosed with non-small cell lung cancer, his odds of survival were not good. A lifelong smoker, the Wisconsin man was in the late stages of the disease that is the top cause of cancer deaths worldwide.

Phillips, 68, was repeatedly treated with radiation and chemotherapy, but his doctor said little more could be done if and when the cancer returned.

"The remission period in his opinion would have been five or six months, that's what he would have expected," said Phillips.

That was more than five years ago, and Phillips's cancer has not advanced. His doctor credits a lung cancer vaccine from Cuba for sustaining Phillips's remission.

"I've seen patients respond to chemotherapy and do well for a period of time, but almost universally they recur, and usually within a short period of time. To live five years with this is pretty incredible," said Dr. Timothy Goggins, his oncologist in Appleton, Wis.

The problem is, technically, it is illegal to bring the drug into the U.S.

CIMAvax is made in Cuba, and as a U.S. resident, Phillips is forbidden from travelling to Cuba or importing the drug under the terms of the U.S. trade embargo.

But he travels there regularly via Canada to purchase a supply of CIMAvax.

"If I don't take the annual trip, I don't stay alive, in my opinion. Maybe I'm wrong about that. Maybe I'm just a phenomenal case who would be alive without CIMAvax, but I don't think so," he said while waiting for a recent flight to Havana at Pearson International Airport in Toronto.

CIMAvax is part of the next generation of cancer treatment called immunotherapy, which is a way of triggering the body's natural defences to attack cancer cells.

It's a strategy already used for melanoma and other cancers. But CIMAvax is much more targeted. Unlike other vaccines, a patient needs a shot every one or two months. 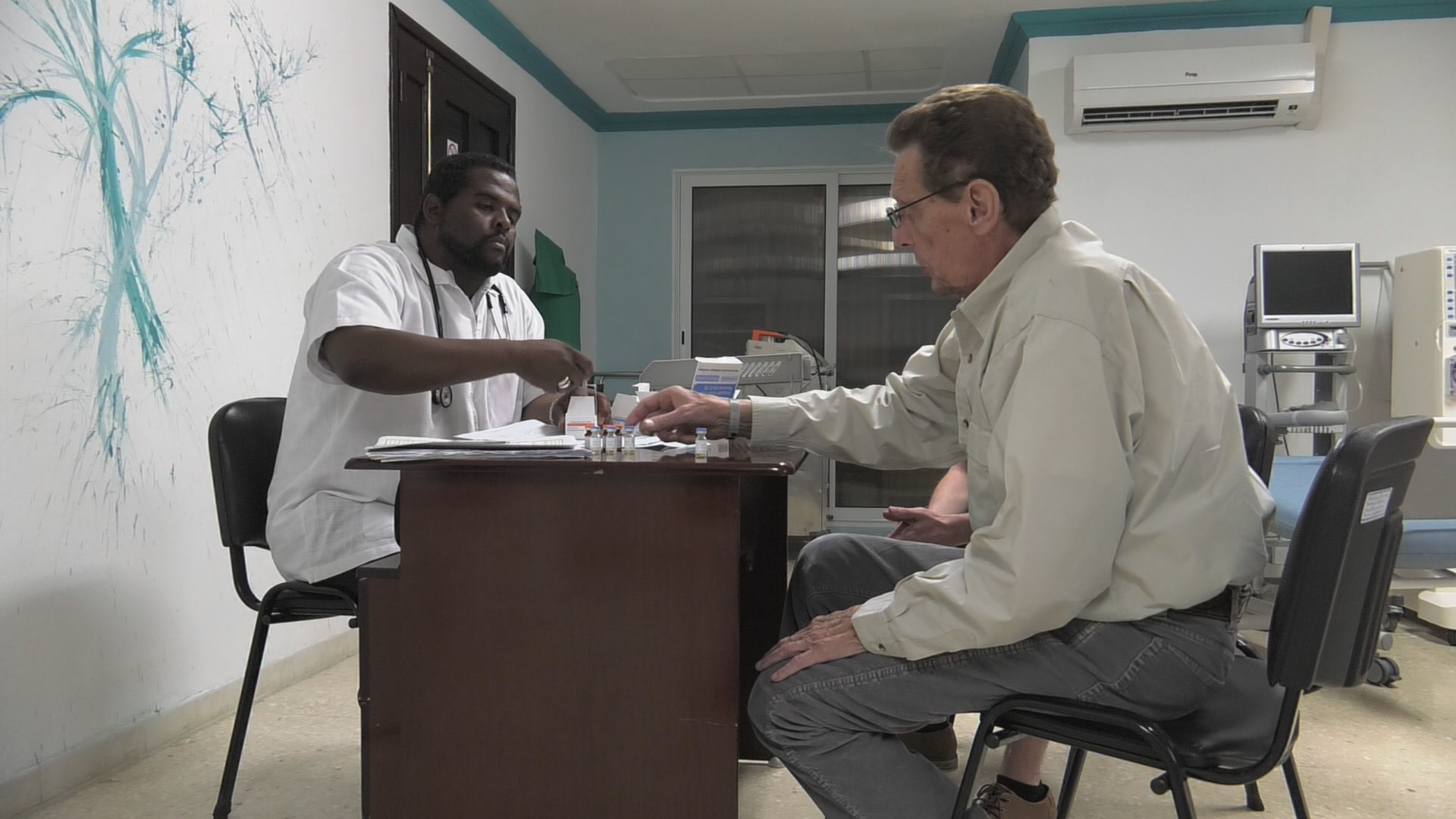 6 years ago
Duration 9:44
Cuba has developed a vaccine against lung cancer and Americans are traveling through Canada to get access to the drug, but that could soon change. 9:44

CIMAvax is the product of Cuba's surging biotech industry, which was born from the ashes of the Cuban revolution.

The Castro regime has poured its limited resources into health care and medical research. The country now cheaply produces 70 per cent of its pharmaceuticals, according to research by John Kirk, professor of Latin American studies at Dalhousie University in Halifax.

Still, Cuba can't afford to offer lung cancer patients more than one round of chemotherapy and radiation treatment. So CIMAvax is used for post-treatment maintenance. Medical tourists from Canada, the U.S. and other Latin American countries also come to the country to purchase the vaccine.

A study published in Clinical Cancer Research found patients who received the vaccine lived up to a year longer. The response was even better in patients who had higher levels of Epidermal Growth Factor protein in their blood as Phillips does.

He said the goal of the vaccine is to extend remission and that might be the endpoint of cancer treatment.

"So [for] diabetes there's no cure, hypertension there's no cure. But with these diseases you can live decades with an acceptable quality of life," Lage said during a recent academic trip to Quebec City.

That "quality of life" costs Phillips $12,000 US annually for injectible vials of CIMAvax. The vaccine has been unavailable outside Cuba except for a couple of other Latin American countries.

Part of the reason is Cuba doesn't have the capacity to produce it for large foreign markets.

European and Canadian drug companies are also reluctant to partner with Cuba because being unable to sell in a market as large as the U.S. doesn't make economic sense.

Progress in overcoming this impasse came a full year before U.S. President Barack Obama's historic visit to Cuba in March.

The Buffalo research team led by Dr. Kelvin Lee, chair of the immunology department, has permission from the U.S. government to study CIMAvax with the aim of beginning clinical trials.

The goal? To see if it could be used to prevent lung cancer in high-risk people such as heavy smokers.

If you use it in prevention, you can impact hundreds of thousands if not millions of people in North America and hundreds of millions worldwide.- Dr. Kelvin Lee, Roswell Park Cancer Institute

"If you use it in prevention, you can impact hundreds of thousands if not millions of people in North America and hundreds of millions worldwide," said Lee.

"So I think if we can show that it can reduce your risk of getting lung cancer, that would have an enormous public health benefit."

It could take a decade for a drug like CIMAvax to go from U.S. trials to the pharmacies of the world. Phillips has accepted he may never see that day. But that may not matter.

"As long as my doctor's there in Cuba and my access to the medicine remains there, I can stay alive, I believe, and enjoy life," he said.

Vik Adhopia is a senior reporter with the Health Unit at CBC News. He joined CBC National Radio News in Toronto in 1995 and then began his coast-to-coast-to-coast journalistic odyssey, reporting from Iqaluit, Prince George, B.C., Vancouver, St. John's, N.L., and finally back to Toronto again.