Trick or truth? The real story behind Halloween candy tampering

As kids around the country prepare to hit their neighbourhood streets for the annual trick-or-treating ritual, we examine how real the threat of poisoned candies, razors in apples and other Halloween treat tampering we've heard about for decades really is in Canada.

4 cases of tampering reported between 2008 and 2019, but none resulted in injury or death, CFIA says

But how many children have actually been seriously injured or died as a result? The answer – given the available data on the topic – seems to be not a single one.

There have been four cases of suspected tampering related to Halloween candy reported to the Canadian Food Inspection Agency (CFIA) between April 1, 2008, and Oct. 15, 2019.

Two of those cases were referred to local police, but the CFIA said no illnesses or deaths were associated with any of the cases.

Tracking incidences of candy tampering is difficult for police, as such behaviour generally falls under the criminal charge of mischief, and no database of such crimes exists.

The RCMP and local police services across Canada – including in Vancouver, Calgary, Edmonton, Montreal, Toronto, Halifax – were unable to confirm whether or not charges had ever been laid in connection with Halloween candy tampering.

Joel Best, a University of Delaware sociology and criminal justice professor, has researched reports of Halloween candy tampering in the U.S. dating back to the 1950s.

He also wrote a book on the topic  and co-authored a study on "Halloween sadism."

"I couldn't find a single report of a child killed or seriously injured from a contaminated treat received during trick-or-treating," he said. "This is a contemporary legend, and that's all it is."

Best identified about 200 confirmed cases of candy tampering in the U.S. and Canada since 1958.

"The attempts to systematically follow up on all reports concluded that the vast majority were hoaxes," Best said.

"Is it possible that someone maliciously passes out treats with the intent of harming children at random? Of course. But this raises the question why there usually aren't multiple reports from the same area."

Best said in some instances, kids tampered with their own candy to get attention, or a friend or family member played a prank that went awry or a foreign object ended up in candy during the manufacturing process.

The first report of Halloween treats being tampered with in North America was in 1959.

That Halloween, a California dentist named William Shyne distributed 450 laxative-laced candies to children — 30 of whom fell ill. He was later charged with "outrage of public decency" and "unlawful dispensing of drugs."

Pfeil told police she "didn't mean it maliciously" but was "annoyed by the Halloween custom," the Milwaukee Journal reported. She was later committed to a state hospital for mental observation.

A search of the CBC Archives revealed that the earliest Canadian case of tampering reported by the broadcaster was in 1968. That Halloween, the TV show The Day It Is reported that Toronto police had discovered razor blades in Halloween apples.

WATCH | A CBC TV report from 1968 about tainted Halloween treats turned in by trick-or-treaters in Toronto: 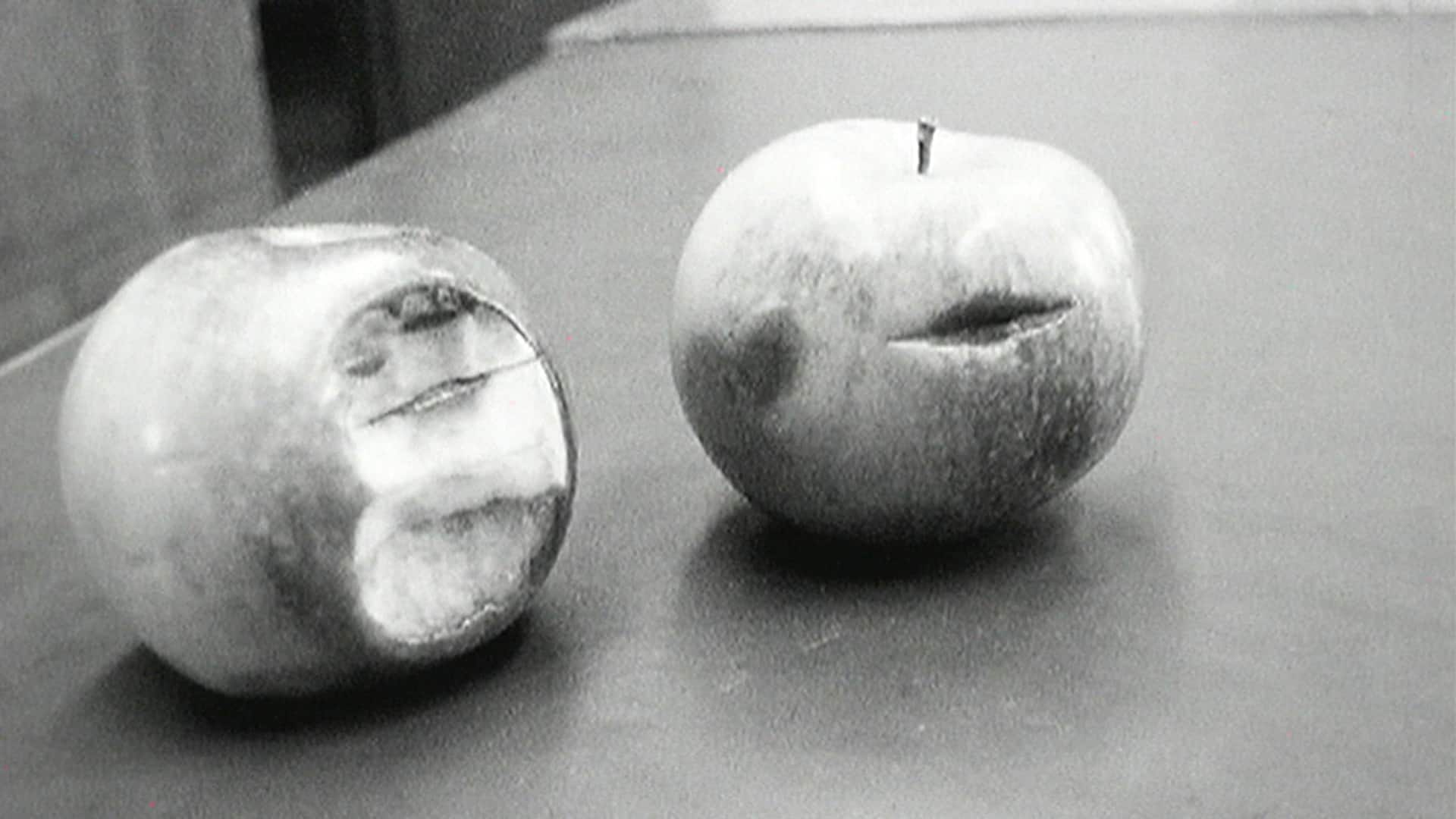 12 months ago
0:34
Toronto police show off apples with razor blades and poisoned candy reportedly turned in for investigation after Halloween in 1968. 0:34

Another oft-cited case is that of an optician in Deer Park, Texas, named Ronald Clark O'Bryan who handed out Pixy Stix candy to several children while trick-or-treating with his two kids in 1974.

His eight-year-old son, Timothy, died suddenly that night after consuming the candy, and an autopsy later showed the boy had ingested cyanide.

Police managed to recover the poisoned candy from other children before anyone else ate it but grew suspicious when O'Bryan couldn't remember the house at which his son had received the candy.

It was later determined he had poisoned his own son. He was convicted and executed for the crime in 1984.

"I think that he had the brilliant idea that since this was [reportedly] so common, no one would ever suspect him of killing his son," Best said.

"He never owned up to it, he always professed innocence, but I don't count that as a case because when people are sitting around worrying about this, they're not worrying they're going to kill their own kids. They're worried that somebody else is going to do that."

One of the only known cases of someone being charged in connection with Halloween candy tampering occurred in Minneapolis, Minn., in 2000.

James J. Smith, 49, was charged with felony adulteration after four teenagers told police they received chocolate bars that were later found to contain needles, according to the Minnesota Star Tribune. One of the children was reportedly injured by a needle after he bit into a chocolate bar but did not require medical attention.

Smith was deemed unfit to stand trial. The last available update on the case was a petition to have him committed to a mental health facility.

In 2001, police feared a Vancouver girl's Halloween candy had been deliberately poisoned after she fell ill and died of heart failure hours after eating it. They asked parents to confiscate their children's Halloween candy.

In the days that followed, it was determined the toddler had died from an unknown medical condition after an autopsy revealed no poison in her system and the candy confiscation order was lifted.

On Halloween in 2016, RCMP urged parents to throw out candy described as an "orange sugared disc with a black centre" after a child in Clive, Alta., became ill. That candy was subsequently tested and found to contain no poison.

A year later, in a particularly serious case, an 11-year-old girl from Cambridge, Ont., underwent surgery after eating a Reese's Peanut Butter Cup on Halloween that contained a metal object.

Waterloo Regional Police told the Cambridge Times at the time they were unsure if the metal was put into the candy intentionally or if it was a manufacturing issue.

Health Canada urges kids to be careful when eating candies received while trick-or-treating – but that is primarily on account of food allergies and sensitivities.

It also encourages parents to tell children not to accept or eat "anything that isn't commercially wrapped" and instructs parents to check candy for "small holes" in wrappers.

That leaves those who want to offer an alternative to commercial candy products with few options.

Toronto mother Sarah Whitaker has decided to bake 200 cookies with her kids for Halloween this year and hand them out to neighbourhood children.

"We're putting them in paper bags so that everything's compostable and recyclable," she said.

"And we stamp those paper bags with our name and address and phone number in order to instil sort of a sense of confidence for those parents who don't know us personally.

"We're not sure how it's going to be received, but we felt an obligation to do something more sustainable and also a desire to kind of do something a little bit more personal."

Research shows that Halloween is a particularly dangerous holiday in one respect unrelated to candy: pedestrian deaths.

A study published last year in JAMA Pediatrics analyzed data over a 42-year period in the U.S. and found a 43 per cent higher risk of pedestrian deaths on Halloween night when compared with a week before and after.

"We found that particularly amongst kids aged four to eight, the risk was tenfold higher on Halloween," said John Staples, lead author and clinical assistant professor of medicine and scientist at the University of British Columbia.

"So, anybody who gets behind the wheel of vehicle should really be conscious that Halloween, of all nights, is the night to slow down."

Staples says the trend identified in the JAMA study is likely similar in Canada, largely because Halloween brings more impaired drivers and pedestrians out onto the streets.

With files from Greg Hobbs, Elizabeth Bridge and Kate Zieman