The war on drugs has failed, fuelling higher rates of infection and harming public health and human rights to such a degree that it’s time to decriminalize non-violent minor drug offences, according to a new global report. 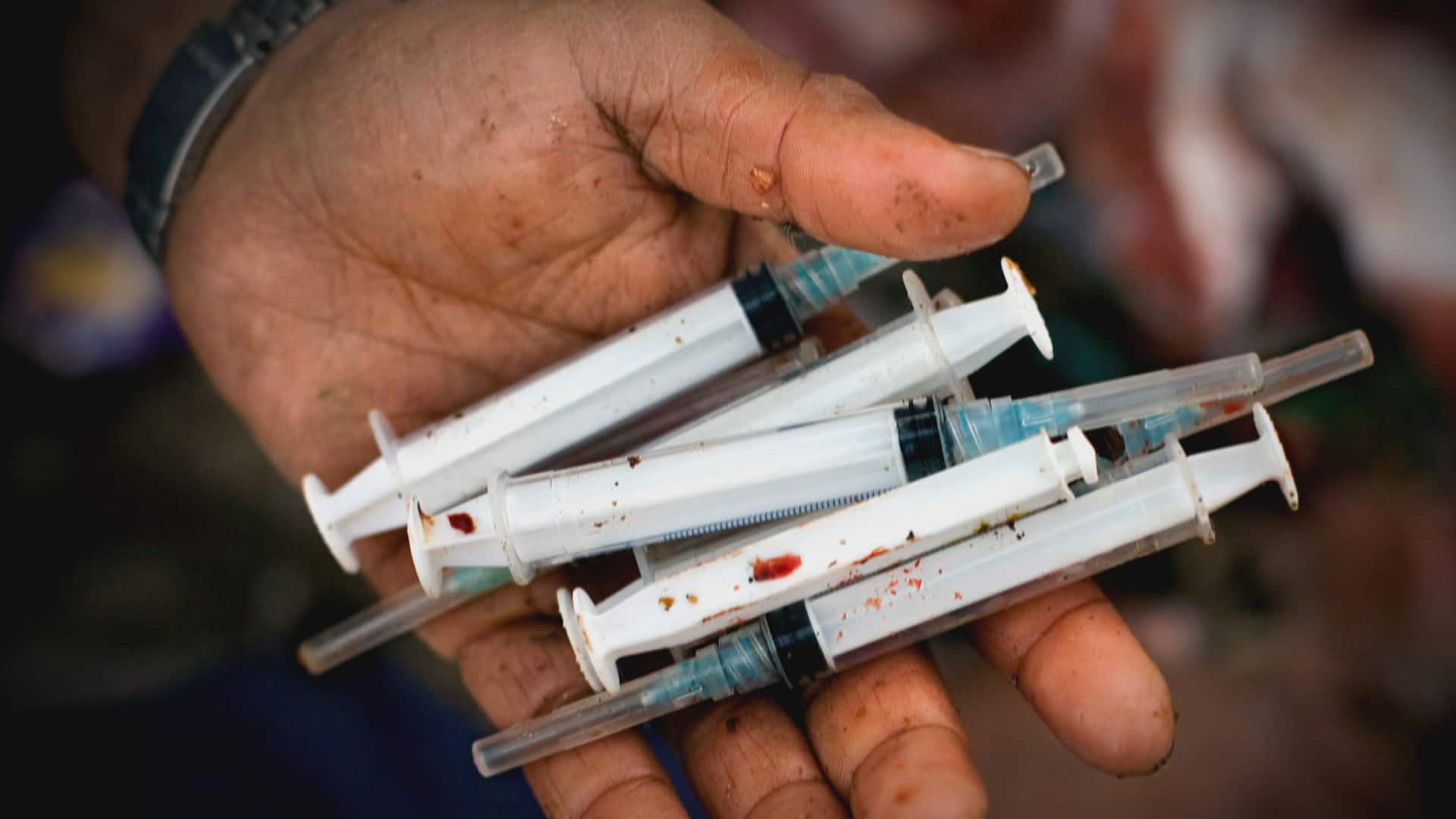 War on drugs a failure

5 years ago
2:22
Global public policy failure has harmed both health and human rights 2:22

The war on drugs has failed, fuelling higher rates of infection and harming public health and human rights to such a degree that it's time to decriminalize non-violent minor drug offences, according to a new global report.

The authors of the Johns Hopkins-Lancet Commission on Public Health and International Drug Policy call for minor use, possession and petty use to be decriminalized following measurably worsened human health.

"We've had three decades of the war on drugs, we've had decades of zero-tolerance policy," said Dr. Chris Beyrer, a professor of infectious disease epidemiology at Johns Hopkins Bloomberg School of Public Health in Baltimore and the senior author of the report published Thursday in The Lancet. "It has had no measurable impact on supply or use, and so as a policy to control substance use it has arguably failed. It has evidently failed."

Given that the goal of prohibiting all use, possession, production and trafficking of illicit drugs was to protect societies, the researchers evaluated the health effects and found they were overwhelmingly negative.

For a role model, the authors point to Portugal, which decriminalized not only cannabis but also possession of heroin, cocaine and methamphetamine. HIV transmission, hepatitis C and incarcerations all decreased, Beyrer said, and there was about a 15 per cent decline in substance use by young people in Portugal.

The authors found the biggest factor driving higher rates of infection among drug users was that they were excessively incarcerated and excluded from HIV and hepatitis C prevention, treatment and harm-reduction programs. These include needle and syringe exchanges, safe injection facilities and opioid substitution therapies such as methadone.

Russia is the opposite extreme, the authors said. Opioid substitution is prohibited by law, and needle and syringe exchanges are allowed only sporadically. The official estimate of Russians living with HIV rose to 907,000 by the end of 2014, up from 500,000 in 2010. More than 57 per cent of the cases were attributed to unsafe drug injection. Globally, HIV transmission linked to drug use is also increasing.

After Mexico's government turned to the military instead of police in a literal war on drugs, there was an increase in lethality and civilian deaths, Beyrer said, noting it reduced life expectancy measurably.

The authors' recommendations include:

Earlier this week, Health Canada announced naloxone is now available without a prescription in this country.

The Liberal government is consulting on legalizing marijuana.

Danny Wilson, 49, of Toronto bought dirty needles starting in the late 1980s when syringes were strictly controlled. He is HIV positive, uses heroin and cocaine, and helps others with addiction issues.

Pushed in the wrong direction

"They do things that they normally wouldn't do: They become thieves, they become liars, they become violent, they become everything that they don't want to be. I think most people are good hearted. It's just they get pushed in that direction. That's what the war on drugs has done to a lot of people."

In the last 29 years, he estimates he's been in prison at least 40 times for possession and robbery to buy drugs.

Annika Ollner, who educates and supports federal prisoners with hepatitis C through Pasan, a community-based harm reduction, HIV and hepatitis C program in Toronto, says people carry a burden of having a stigmatized illness.

"I know people who have advanced liver cirrhosis because they've acquired infections in prison. These are all really significant burdens that are not meant to be part of the sentence," Ollner said.

The report's authors said law enforcement is often applied in a discriminatory way against racial minorities.

The report was launched ahead of the UN General Assembly's special session on drugs next month, the first time the body has reconsidered the global approach since 1998.