Drinking too much pop could affect adolescent memory, ability to learn

Drinking too much pop could impair teenagers' ability to learn and remember information, according to new research. 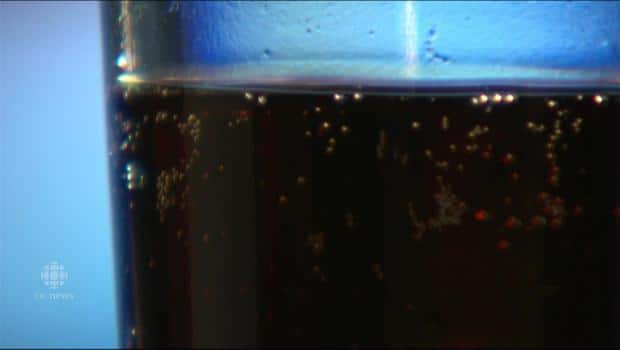 Soft drinks and the teenage brain

7 years ago
1:07
Drinking too much soda could impair teenagers' ability to learn and remember information, according to new research 1:07

If former New York City mayor Michael Bloomberg had waited just a bit longer to wage his public health battle against soda drinks, he could have had more ammunition.

Bloomberg had cited the well-known risks of obesity and diabetes that are associated with excess consumption of sugary drinks when he tried to ban oversized soda pop from being sold at some venues in the city.

But new research indicates drinking too much pop could also negatively affect the brain, especially for teenagers.

Researchers at the University of Southern California found that drinking beverages sweetened with high-fructose corn syrup or sucrose (that is, soda pop) every day can impair the ability to learn and remember information.

The research will be presented at the annual meeting of the Society for the Study of Ingestive Behavior in Seattle this week.

"It's no secret that refined carbohydrates, particularly when consumed in soft drinks and other beverages, can lead to metabolic disturbances," said Dr. Scott Kanoski, the lead author of the study, in a release.

"However, our findings reveal that consuming sugar-sweetened drinks is also interfering with our brain's ability to function normally and remember critical information about our environment, at least when consumed in excess before adulthood."

At the end of the month, the researchers tested the rats on their cognitive functions using mazes.

They noticed that the adolescent rats had trouble with their spatial learning, which has to do with navigating the surrounding environment. The drinks also led to a glucose intolerance.

Adult rats, on the other hand, performed the tests normally.

Researchers discovered that when the teen rats drank those sugary beverages every day, it led to inflammation of the hippocampus part of their brains. The hippocampus controls memory and spatial sense. The inflammation is seen to be the reason behind the rats' learning impairment, according to the researchers.

"In many ways this region is a canary in the coal mine, as it is particularly sensitive to insult by various environmental factors, including eating foods that are high in saturated fat and processed sugar," said Kanoski.