Dr. Nadine Caron is Canada's first female Indigenous surgeon. Working out of Prince George, B.C., she's known to be outspoken about racism in Canada's health-care system and is trying to change the way we handle Indigenous patients through culturally competent care.

Dr. Nadine Caron's introduction to medicine was something of a eureka moment.

A star on the basketball team of Simon Fraser University, she was more focused on winning championships than figuring out what she wanted to do after graduation.

But after her team lost while competing stateside, a corporate sponsor — a hospital — invited any players interested in medicine to Jackson, Tenn., for a visit. She jumped at the offer.

At a welcome barbecue her first night there, Caron was introduced to a surgeon who invited her to shadow him over the summer.

She didn't have long to wait.

When the surgeon's pager went off, Caron asked to accompany him to the hospital.

"The nurses just basically scrubbed my hands for me to get me into a sterile gown. And I stood at the operating table and he asked me if I was ready," she told The National's Peter Mansbridge.

"By the time we were finished, it was about one o'clock in the morning and I was covered in blood. I was just amazed at what I just witnessed."

Not wanting to forget the experience, Caron says, she ducked into a bathroom, grabbed a piece of paper towel and wrote down the details of her time in the operating room.

Caron went on to graduate top of her class at UBC's medical school and eventually became Canada's first female Indigenous surgeon. Others have since joined her in the field.

After training in Vancouver, Boston and San Francisco, she landed in Prince George, B.C., in 2005, where a "very high" percentage of her patients are First Nations or Métis.

Today, she's in high demand — in the operating room, with her patients and as a speaker at medical conferences.

Caron is also an associate professor with UBC's faculty of medicine, which has introduced mandatory training in cultural competency and cultural safety for its students.

She's known to be outspoken about racism in Canada's health-care system.

"We fall short when it comes to understanding and respecting and honouring the culture of First Nations, Aboriginal patients in Canada," says Caron. "A lot of it is based on history." 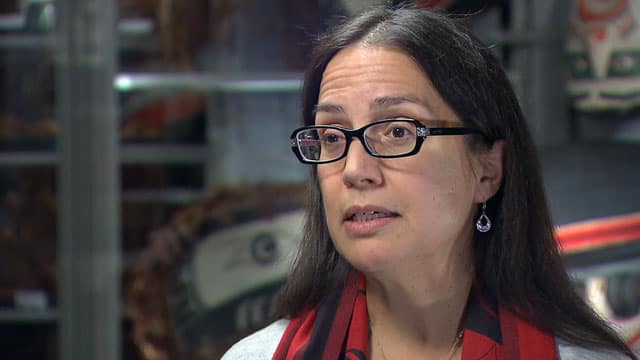 Dr. Nadine Caron on dealing with racism at work

Caron has witnessed first-hand how residential schools continue to affect the generations that have followed, and not just through her practice. Her mother graduated from a residential high school — the first from her reserve to do so.

Health care was also addressed by the Truth and Reconciliation Commission, which outlined seven "calls to action" on the topic in its final report, including a request to increase the number of Indigenous professionals working in the field and cultural competency training for all health professionals.

Distrust of the health-care system

A 2015 study found that racism in the health-care system was so "pervasive" that many Indigenous people would often strategize on how to deal with it before a hospital visit, if not avoid care altogether. 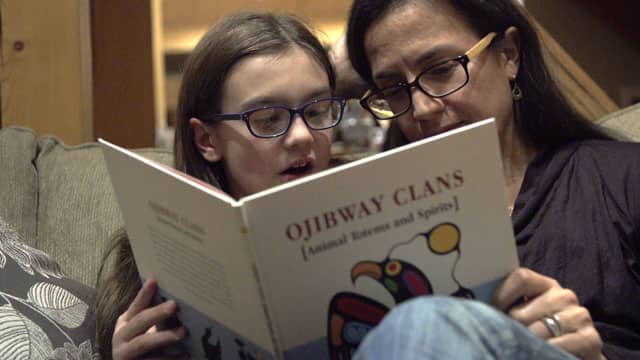 Dr. Nadine Caron on the legacy of residential schools

4 years agoVideo
2:12
Dr. Nadine Caron explains how her daughter’s reaction to starting school was ‘an eye-opener.’ 2:12

Caron recalls a visit with one patient — an Indigenous woman in her 80s — who burst into tears upon learning Caron was Anishinabe.

But Caron also realized during that visit that a number of things were missing from the woman's chart; she had never had a mammogram, for example — the likely result of the woman being uncomfortable with the medical community.

"I see that a lot. I still see it too much. I feel it too much," Caron says. "And I hear it enough, because I have this honour of meeting on a daily basis new patients that come through the door and share their stories with me."

Caron isn't trained in traditional Indigenous medicine, but she considers tailored, culturally aware care to be part of the skill set of a good physician.

"It's not just the skill of the knife or the scalpel. It's not just what you hear with the stethoscope. It's not just being able to read the X-ray or get a spec CT scan. It's pulling that all together so you can communicate that in a culturally safe environment, so that anyone of any background feels comfortable coming in to your office, to your clinic, to your hospital."

Practising medicine as an Indigenous person is an incredible honour, she says, but also an incredible responsibility — "because I can't meet every grandkid."

And while she acknowledges that Canada's health-care system still has a long way to go in terms of Indigenous treatment, she's optimistic about the future.

"I think we can change things."