With more areas of the country making masks mandatory, we're hearing from some Canadians who want to know what qualifies as a mask and if other face coverings will do.

From bylaws to effective protection, here's what you're asking us today

We're breaking down what you need to know about the pandemic. Send us your questions via email at COVID@cbc.ca and we'll answer as many as we can. We'll publish a selection of answers every weekday on our website, and we're also putting some of your questions to the experts on the air during The National and on CBC News Network. So far we've received more than 48,000 emails from all corners of the country.

Does wearing a niqab count as a non-medical face mask?

With more areas of the country making masks mandatory, we're hearing from some Canadians who want to know what qualifies as a mask and if other face coverings will do.

For example, the guidelines in both the city of Toronto and the province of Quebec call for the use of surgical masks, non-medical cloth masks or face coverings, but face shields don't make the cut.

Khysrow A., wrote to us to ask if wearing a religious face covering, like a niqab, would count.

The answer is, it depends.

First, it's important to consult the guidelines in your region to see if a religious face covering is included. But don't be surprised if you can't find any clear directives.

Neither Toronto nor Quebec has posted guidelines that specifically address religious veils. But authorities call for face coverings made of two layers of tightly woven fabric, like cotton, that cover the nose and mouth. Toronto's guidelines say masks should fit snugly, without gaping between the fabric and face.

When asked, Toronto Public Health (TPH) told us that "both masks and face coverings can be used."

"The purpose of the mask is to keep your respiratory germs to yourself," said Dr. Vinita Dubey, associate medical officer of health and a TPH spokesperson.

If your religious face covering doesn't fit snugly, Dubey said you can also wear a mask — but it should go on first, underneath the veil or scarf.

The guidance is similar in Quebec. In an email from Quebec's Ministry of Health and Social Services, spokesperson Marjorie Larouche said that "a person who wears a religious sign made of fitted fabric that covers the nose and mouth does not have to wear an additional mask or face covering."

A niqab is considered a face covering if it covers the nose and mouth, Larouche said. But in the case of a hijab, which doesn't give the same coverage, it "cannot be considered as protection," she said.

Would a religious veil offer the same protection as a mask?

Remember, non-medical masks are intended to protect others from the droplets that spew from our mouths and noses when we cough, sneeze and talk.

A veil's effectiveness would depend on what it was made of, the experts we spoke with said. 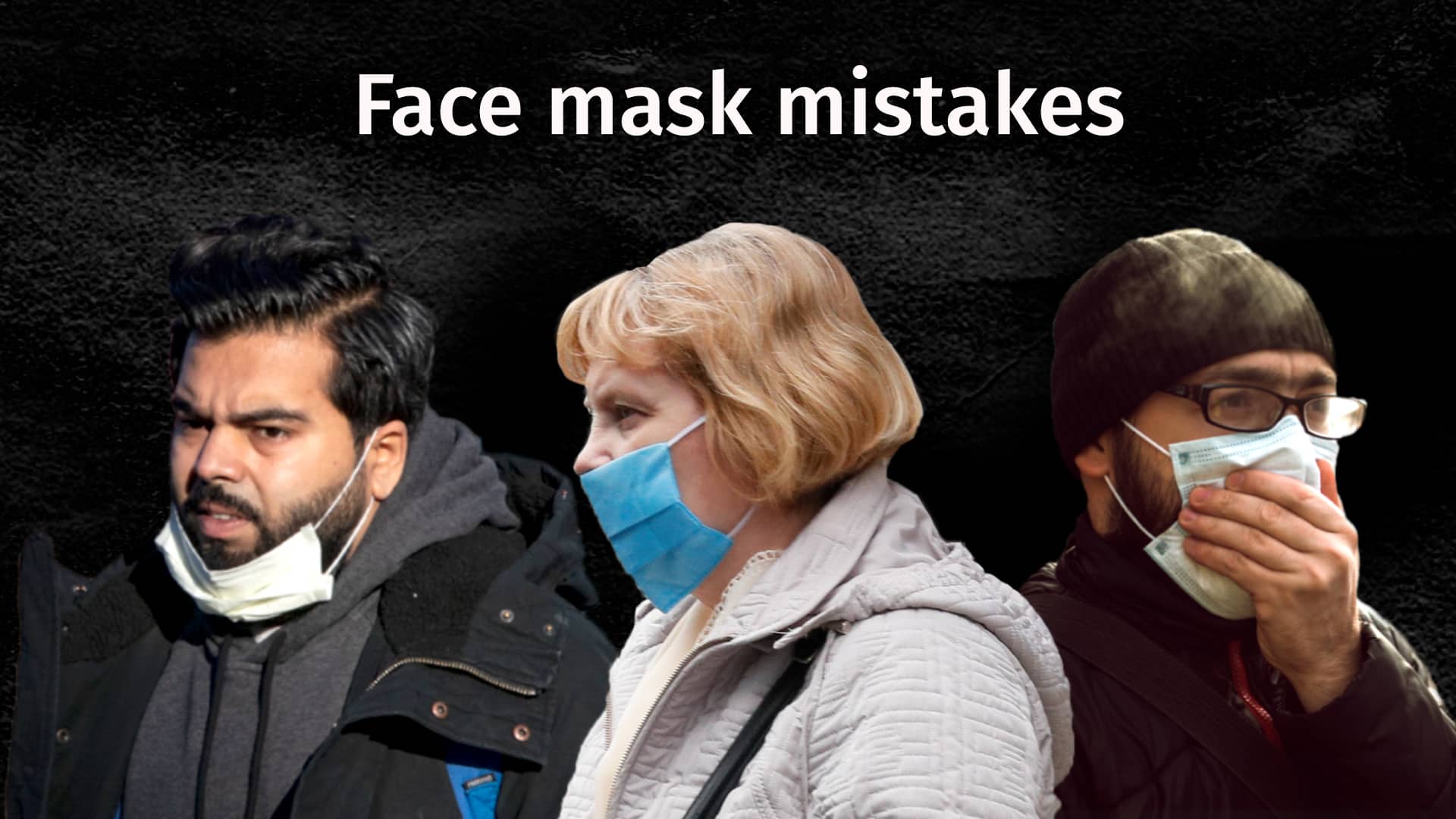 Are you making these face mask mistakes?

4 months ago
3:55
A face mask is meant to limit the spread of COVID-19. But if it slips below your nose, hovers around your chin, or you touch the outside with your hands, medical experts say that might be riskier than not wearing one at all. 3:55

"Ultimately you want something that's going to filter out particles and act as an effective barrier but also balance out with breathability," said Dr. Susy Hota, medical director of infection prevention and control at Toronto's University Health Network.

While Toronto and Quebec both call for a two-layered face covering, Hota pointed out that the World Health Organization suggests three layers.

Dr. Zain Chagla, an infectious disease physician at St. Joseph's Healthcare Hamilton, agreed that it comes down to the veil's material.

"If you put something in front of the nose and mouth that is able to block droplets, it'll block droplets," said Chagla, who is also an associate professor of medicine at McMaster University in Hamilton.

"A religious garment could theoretically still fit that role."

The closer the fabrics and materials are to the recommendations set out by public health agencies, the more effective a covering will be, he said.

"Whether or not it has a perfect benefit, that's really based on the material and the way it fits," Chagla said.

But even if it's not perfect, it's better than nothing.

Can someone's religion exempt them from wearing a mask?

In Toronto, the answer is yes.

According to the city's bylaw, "masks are not required by those who require accommodation in accordance with the Ontario Human Rights Code," said Dubey of TPH. 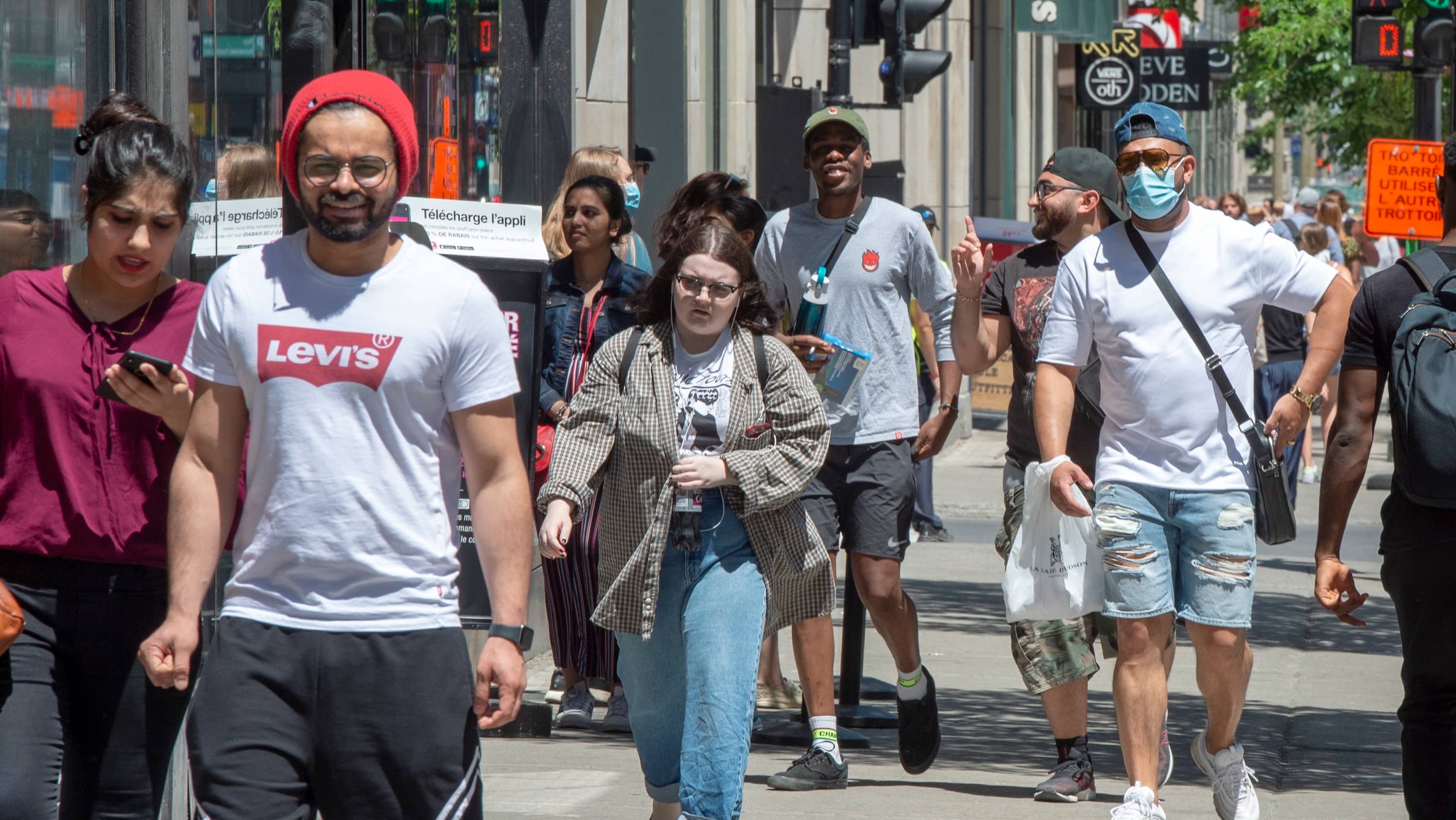 3 months ago
6:01
Quebec's move to impose mask wearing across the province while opening up more is a reasonable trade-off, says infectious disease specialist Dr. Isaac Bogoch. 6:01

The code "prohibits actions that discriminate against people based on a protected ground in a protected social area."

Dubey said those who require an accommodation to not wear a mask because of their religion would be protected on the grounds of creed.

The rules are a little different in Quebec, where only certain health conditions qualify for exemptions. And if your religious veil or scarf doesn't cover your mouth and nose, you must still wear a mask, Larouche said, unless you have a health exemption.

What if you're refused entry?

If you wear a religious face covering and are refused service or entry into an establishment because the covering doesn't meet its health guidelines, there are a few things you can do.

Cara Zwibel, a director with the Canadian Civil Liberties Association (CCLA), suggested asking for an accommodation, like ordering online, calling ahead and requesting takeout, for example.

"This would be the same for someone who is exempt with a health issue who can't wear a mask," she said.

However, based on the examples of face coverings listed in the guidelines, Zwibel said, a person wearing a religious face covering shouldn't have a problem.

"I do think a person who is wearing a religious face covering would have a good argument in saying my face is covered [and that] I am obeying the rules."

If you are still being refused and "all else fails," she suggested contacting the Human Rights Tribunal of Ontario.

Zwibel also encourages individuals to reach out to the CCLA if they're refused service for wearing a religious face covering.

Ania Bessonov is a journalist with CBC Toronto and Ask CBC News.