About 11 per cent of Canadians aged 15 to 24 experienced depression at some point in their lives, and fewer than half of them sought professional help for a mental health condition over the previous year, according to Statistics Canada.

About 11 per cent of Canadians aged 15 to 24 experienced depression at some point in their lives, and fewer than half of them sought professional help for a mental health condition over the previous year, according to Statistics Canada.

The information was released Wednesday in the agency's Health Reports, and is based on data from the 2012 Canadian Community Health Survey Mental Health.

The report was based on 4,031 respondents aged 15 to 24, which when extrapolated represents more than 4.4 million young people.

Canadians 15 to 24 years old had a higher rate of depression than any other age group. Suicide is the second leading cause of death (after accidents), accounting for nearly a quarter of deaths in the 15-24 category, Statistics Canada said.

An estimated 14 per cent of respondents reported having had suicidal thoughts at some point in their lives. The figure includes six per cent having that thought in the past 12 months. As well, 3.5 per cent had attempted suicide, according to the data.

Report author Leanne Findlay said the findings confirm people with depression or suicidal thoughts are increasingly likely to seek professional help. Young people in the study were more likely to turn to friends or family, and when they did, generally felt they received a lot or some help.

Factors such as perceived ability to deal with stress and "negative social interactions" — for instance, feeling others were angry with you — were related to depression and suicidal thoughts.

Symptoms of depression include feeling sad or having trouble sleeping that last two weeks or more, Findlay said.

"Knowledge of these risk and protective factors may facilitate early intervention," Findlay concluded.

In particular, the associations emphasize identifying overall psychological functioning rather than specific symptoms of depression or suicidal thoughts.

The ​teenage years in particular are a time of hormonal imbalances that can cause shifts in mood, developing self-identity, insecurity and making big decisions about career choice, said Prof. Sakina Rizvi, a scientist in the suicide and depression studies unit at St. Michael's Hospital in Toronto. She was not involved in the report.

"As a kid, and even as a parent, how do you tease apart usual 'adolescent angst' from something more serious? While kids these days are a lot better at talking about mental health than their parents, both youth and their parents need to be educated on the signs and symptoms of depression and suicide risk," Rizvi said in an email.

Some parents may fear that talking about suicide will cause their child to consider suicide.

Nicole German's daughter, Madeline, died by suicide in North York, in the north end of Toronto, at the age of 14. The family started the Maddie Project in her memory to improve services for teens in acute care for mental illness.

"Part of the challenge with Madeline was that you would never of known," German recalled. "She was the greatest little actress there ever was because on the outside she looked amazing. Sometimes it's just that invisible illness that you can't really comprehend." 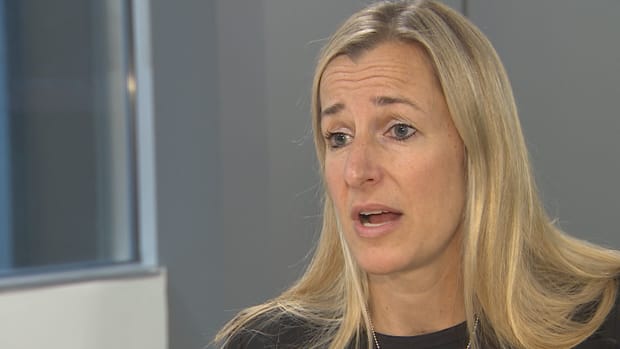 4 years agoVideo
0:46
Nicole German's daughter, Madeline, died by suicide in North York, in the north end of Toronto, at the age of 14. 0:46

Despite strides against stigma, it remains, German said.

It's critical that young people reach out to a parent, teacher, counsellor or health-care professional, said Dr. Corine Carlisle, with the child, youth and family program at the Centre for Addiction and Mental Health. Part of the challenge is that adolescence is a developmental stage when young people are moving away from the parental sphere.

"They are hesitant to reach out for help because developmentally that is going against the grain," Carlisle said.

But Carlisle is inspired by the young people she sees.

"Our youth are amazing. We need to do better by them," she said, shaking her head.