A resident of Washington state who returned from a trip to China late last week has been diagnosed with the new coronavirus that has sickened hundreds in China, the U.S. Centers for Disease Control and Prevention says.

A resident of Washington state who returned from a trip to China last week has been diagnosed with the new coronavirus that has sickened hundreds in China, the U.S. Centers for Disease Control and Prevention (CDC) said Tuesday.

The man returned to the Seattle area in the middle of last week after travelling to Wuhan in central China, where the outbreak began. The Snohomish County resident is in his 30s and was in good condition Tuesday at a hospital in Everett, outside Seattle. He's not considered a threat to medical staff or the public, health officials told reporters on a conference call.

"This is certainly not a moment of panic or high anxiety," Gov. Jay Inslee said later at a news conference.

Officials are now tracing the man's movements and contacts in China and the U.S. He has told health officials he did not visit any of the markets in Wuhan that are implicated in the outbreak and did not know anyone who was sick.

"We are still in the early days of this investigation, both domestically and abroad," Dr. Nancy Messonnier, director of the CDC's National Center for Immunization and Respiratory Diseases, told the conference call.

The man did not have symptoms when he arrived at Seattle-Tacoma airport last Wednesday, but contacted health officials on Sunday when he began to feel ill, officials said. Samples were sent to the CDC overnight Sunday, and the man's diagnosis was confirmed on Monday.

"The risk to the public is very low," Messonnier said.

The CDC later said it will add Atlanta's international airport and Chicago O'Hare to the list of three airports already screening for the illness — New York's Kennedy International, Los Angeles and San Francisco. What's more, officials also will begin forcing all passengers from Wuhan to go to one of those five airports if they wish to enter the U.S.

The agency also said it expects more U.S. cases of the coronavirus. More than 1,200 travellers have been screened so far, and none has been referred for testing.

The CDC had previously said it has developed a test to diagnose the new coronavirus that it plans to share with domestic and international partners.

The virus, which can cause coughing, fever, difficulty breathing and pneumonia, has infected 440 people in 13 Chinese provinces, according to China's National Health Commission Wednesday morning.

The death toll from the outbreak has risen to nine.

As the death toll from the mysterious flu-like virus in China climbed and new cases surged, authorities fretted about the added risk from millions of Chinese travelling for the Lunar New Year holiday.

The World Health Organization (WHO) warned Tuesday that the new coronavirus was likely to spread.

"More cases should be expected in other parts of China and possibly other countries in the coming days," said WHO spokesperson Tarik Jasarevic. 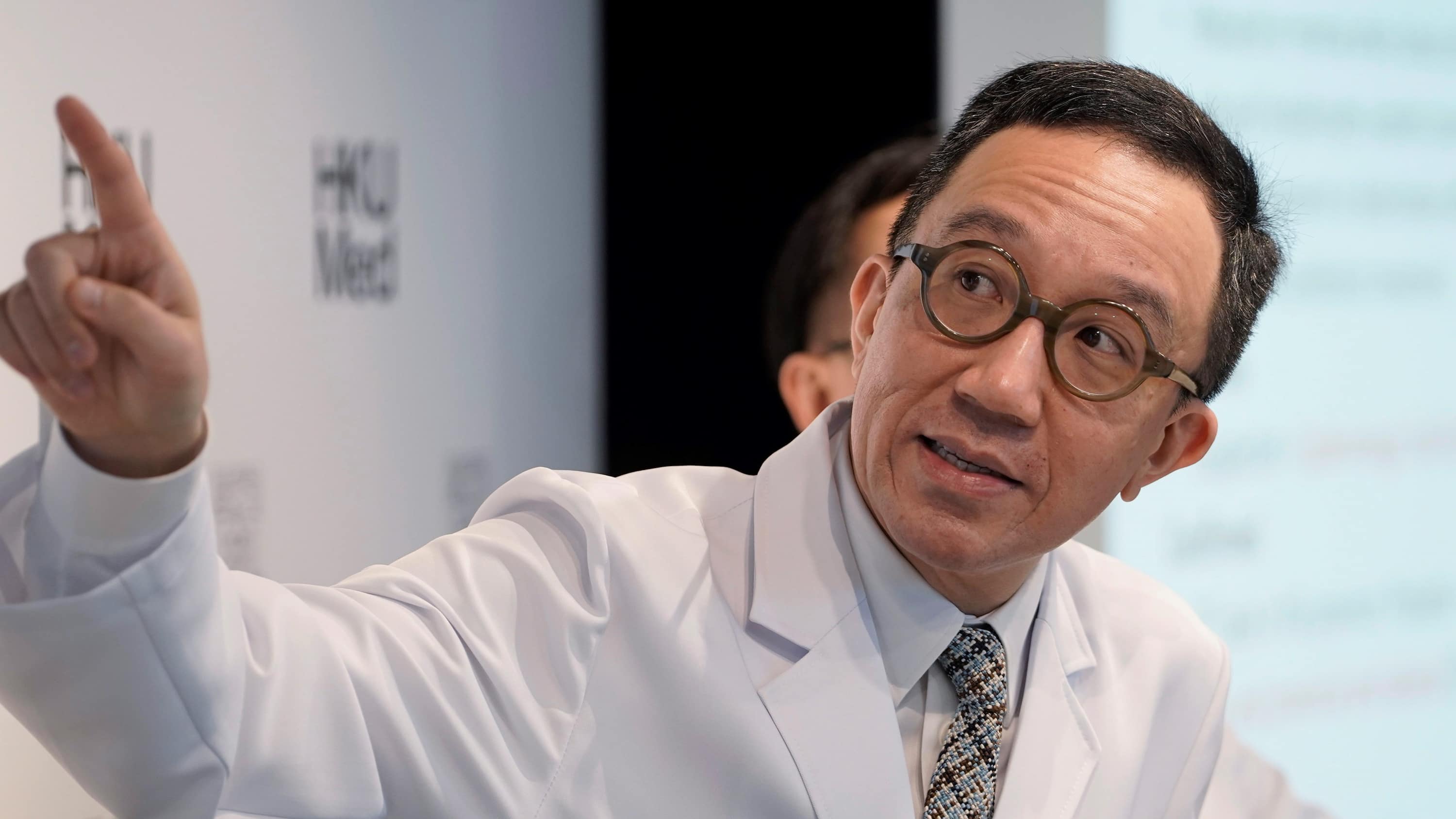 1 year ago
0:52
Gabriel Leung, an epidemiologist and family doctor, says 'super spreading' events need to be recognized at the earliest stage.   0:52

Based on current information, an animal seems to be the most likely primary source of the outbreak. Jasarevic said.

"Reports suggest that infection can cause mild to severe disease and be fatal in some. Based on current data, some new cases seem to experience milder diseases which is within the milder end of the spectrum of symptoms caused by respiratory illnesses."

The WHO tweeted that it will hold an emergency committee on Wednesday to determine whether the outbreak constitutes a public health emergency of international concern and what recommendations should be made to manage it.

So far in China, the virus has mostly been concentrated in Wuhan city, although isolated cases have also been reported in Shanghai and Beijing. Outside of China, cases have been confirmed in Thailand, South Korea, Japan and now the U.S.

Taiwan, the self-ruled island that China claims as its own, also confirmed its first case, a woman who had returned from working in Wuhan, on Tuesday.

Taiwan, which has close economic and people-to-people links with China despite political tensions, on Monday set up an epidemic response command centre to co-ordinate the island's response to the virus. More than 1,000 beds were prepared in isolation wards in case the virus spreads further.

Countries in Asia and around the globe have begun body temperature checks at airports, railway stations and along highways in hopes of catching people carrying the virus.

The measures are part of a widening effort aimed at preventing a repeat of the 2002-2003 outbreak of SARS, another coronavirus that started in China and killed nearly 800 people, paralyzed transport and damaged Asian economies. In Canada, 44 people died, many of them health-care workers.

China's often secretive Communist government was blamed for making SARS far worse by initially hiding information and blocking the work of WHO.

This time, China's leader Xi Jinping has led calls for tough measures, ordering that "party committees, governments and relevant departments at all levels should put people's lives and health first."

At the airport in Wuhan, the temperatures of departing passengers were being checked. Virtually anyone in a public role, from traffic policemen to bank tellers, along with many riding public transport have donned protective masks.

Dr. Theresa Tam, Canada's chief public health officer, told reporters Monday that there are no reported cases in Canada and the agency is not aware of any cases involving Canadians overseas.

"We are certainly preparing for the potential of a first case in Canada," says <a href="https://twitter.com/CPHO_Canada?ref_src=twsrc%5Etfw">@CPHO_Canada</a> Dr. Tam, as the deadly coronovirus outbreak in China continues to spread. She says it's "not surprising" the U.S. has detected a case, given the heightened alerts to local health systems. <a href="https://t.co/TCIuQApWD3">pic.twitter.com/TCIuQApWD3</a>

There were three travellers from Wuhan who were investigated and ruled out over the last week, Tam said. She would not say where in Canada they were screened.

Public Health Agency of Canada (PHAC) told CBC News on Sunday that "the overall risk of disease spread to Canada is considered low."

Canada has no direct flights from Wuhan, and the volume of travellers arriving indirectly from Wuhan is low, PHAC said. 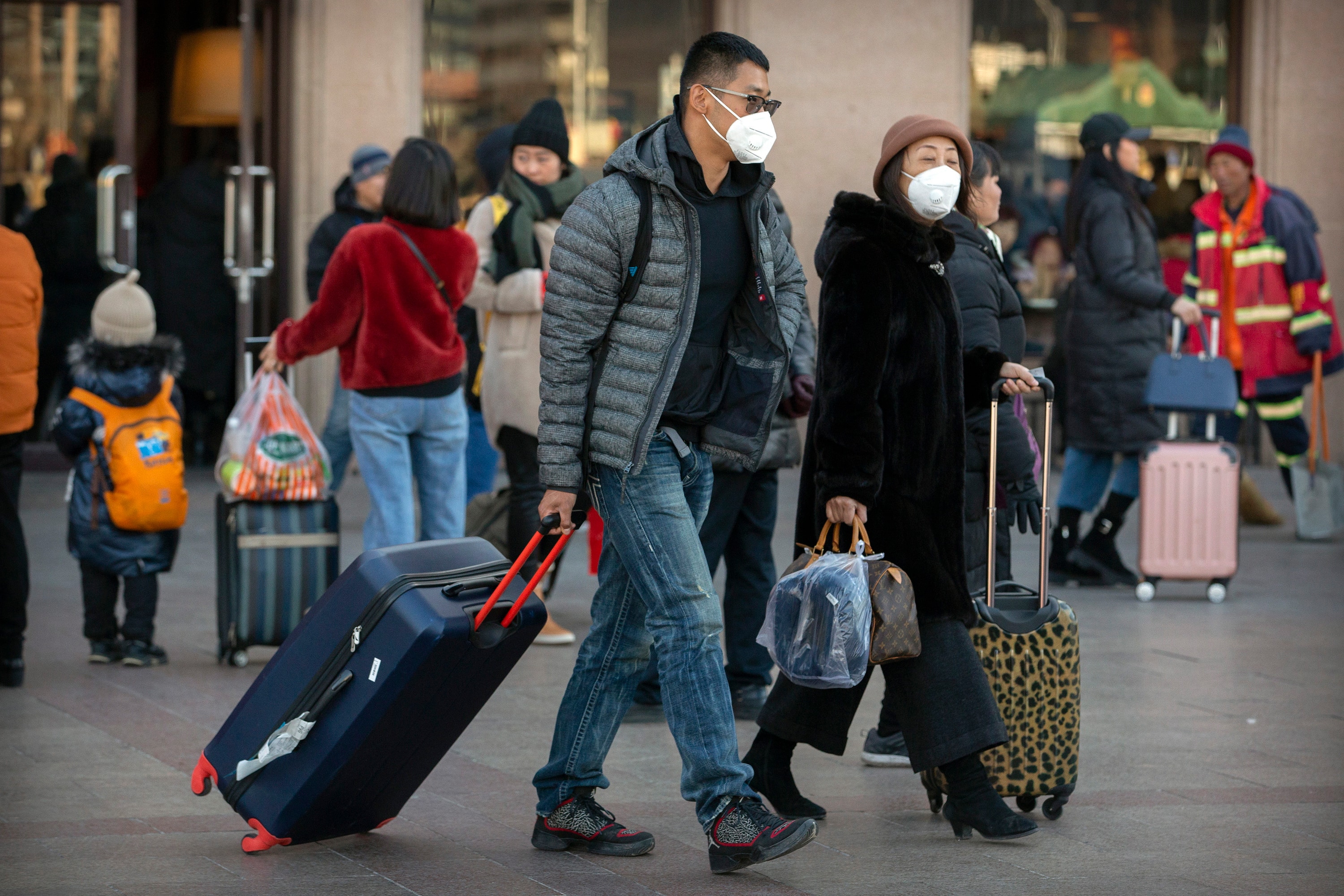 Should Canadians worry about a new coronavirus?

1 year ago
5:40
Infectious disease specialist Dr. Allison McGeer explains why it is critical now to figure out if there is enough human-to-human transmission of a new coronavirus to sustain the current outbreak. 5:40

PHAC said it will be "implementing additional measures" in the coming week, including warning signs in English, French and simplified Chinese at airports in Toronto, Vancouver and Montreal. On the kiosks where people fill in questions, they'll be asked if they've been in an area affected by the outbreak within the past 14 days.

A spokesperson for the Vancouver Airport Authority said Tuesday the new measures have not yet been implemented.

If an ill passenger is referred for quarantine, their temperature could be taken as part of the assessment.

One case has been detected in Japan, and Prime Minister Shinzo Abe has urged officials to step up quarantine checks at airports and other entry points, with many visitors from China expected to arrive during the holidays. The number of Chinese tourists has risen steadily in recent years, with more than nine million visiting last year. 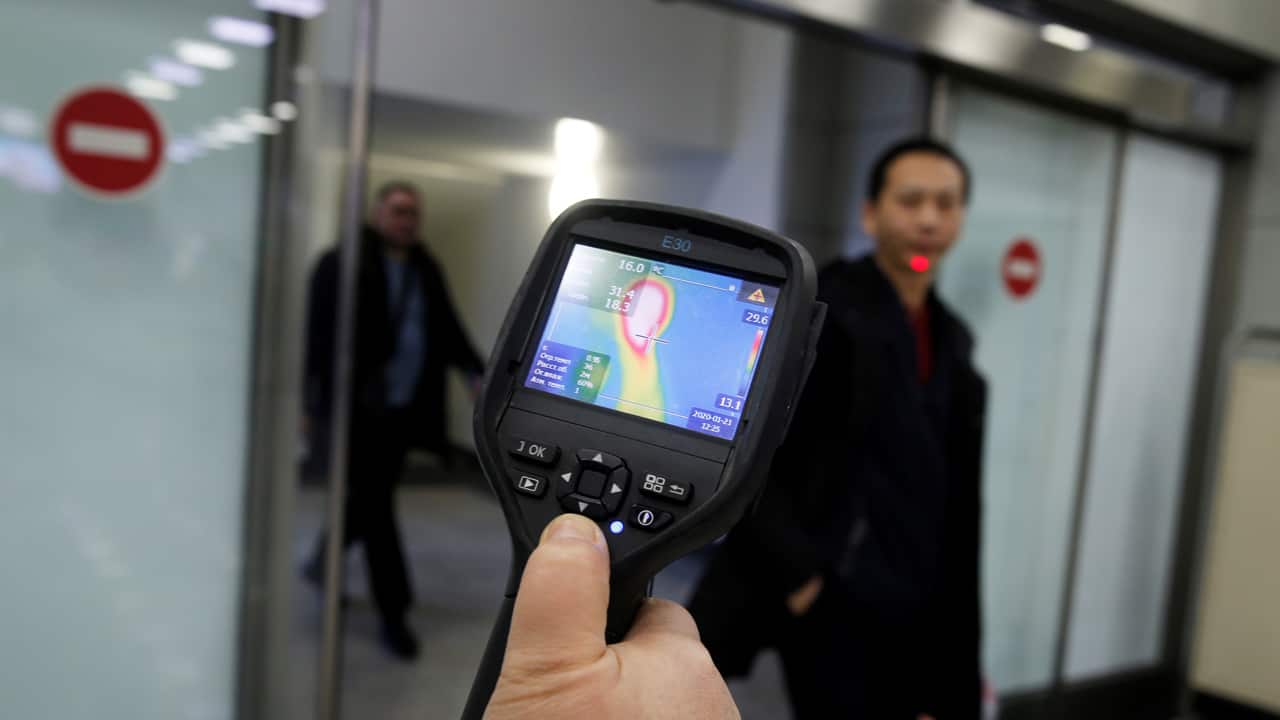 1 year ago
8:07
The World Health Organization is warning that the new coronavirus is likely to spread to other parts of China, and possibly other countries, as millions of Chinese travel during the Lunar New Year holiday. 8:07

Japan confirmed its first patient last week, a man in his 30s who tested positive for the coronavirus after returning from Wuhan.

The Ministry of Health, Labour and Welfare said it has tracked down 41 people who had contacts with the patient and is monitoring them. It says none has developed pneumonia symptoms.

Brendan Murphy, Australia's chief medical officer, said flights from Wuhan are being met by biosecurity staff and by state health officials in New South Wales who are distributing pamphlets in English and Chinese to all passengers describing the symptoms of the disease and asking them to identify themselves if they have any.

Australian health officials said a man was placed in isolation in Brisbane after developing a respiratory illness after traveling to Wuhan but has now recovered.

Russian airports have stepped up screening of travelers arriving from China too, airport officials said on Tuesday.

At least four Russian airports - Sheremetyevo and Vnukovo in Moscow, as well as airports in Yekaterinburg and Irkutsk - have introduced screening measures to try to identify infected passengers, Russian airport officials said.

The virus was a threat to Russia, deputy health minister Sergei Kraevoi was cited as saying by the RIA news agency.

Russia's consumer health regulator, Rospotrebnadzor, advised Russian tourists who planned to go to China to refrain from visiting Wuhan and to steer clear of zoos and of markets selling animals and seafood.

The regulator said it could not rule out the possibility of the infection spreading to Russia, but evaluated the risk of a widespread outbreak in Russia as low, the Interfax news agency reported.

It was also cited as saying that a testing system to diagnose the new coronavirus had been developed in Russia and that laboratories would start receiving it by the end of the week.

Regional authorities have already been briefed on measures they need to take to reduce the risks of an epidemic. More than 1.5 million Chinese citizens visit Russia each year, according to Rospotrebnadzor.