When the scientists are worried, the rest of us should pay attention. And at this moment, they are worried. That’s because researchers all over the world have started experimenting with a powerful new tool that can alter the DNA of every organism on the planet, including humans, with unprecedented ease and precision. 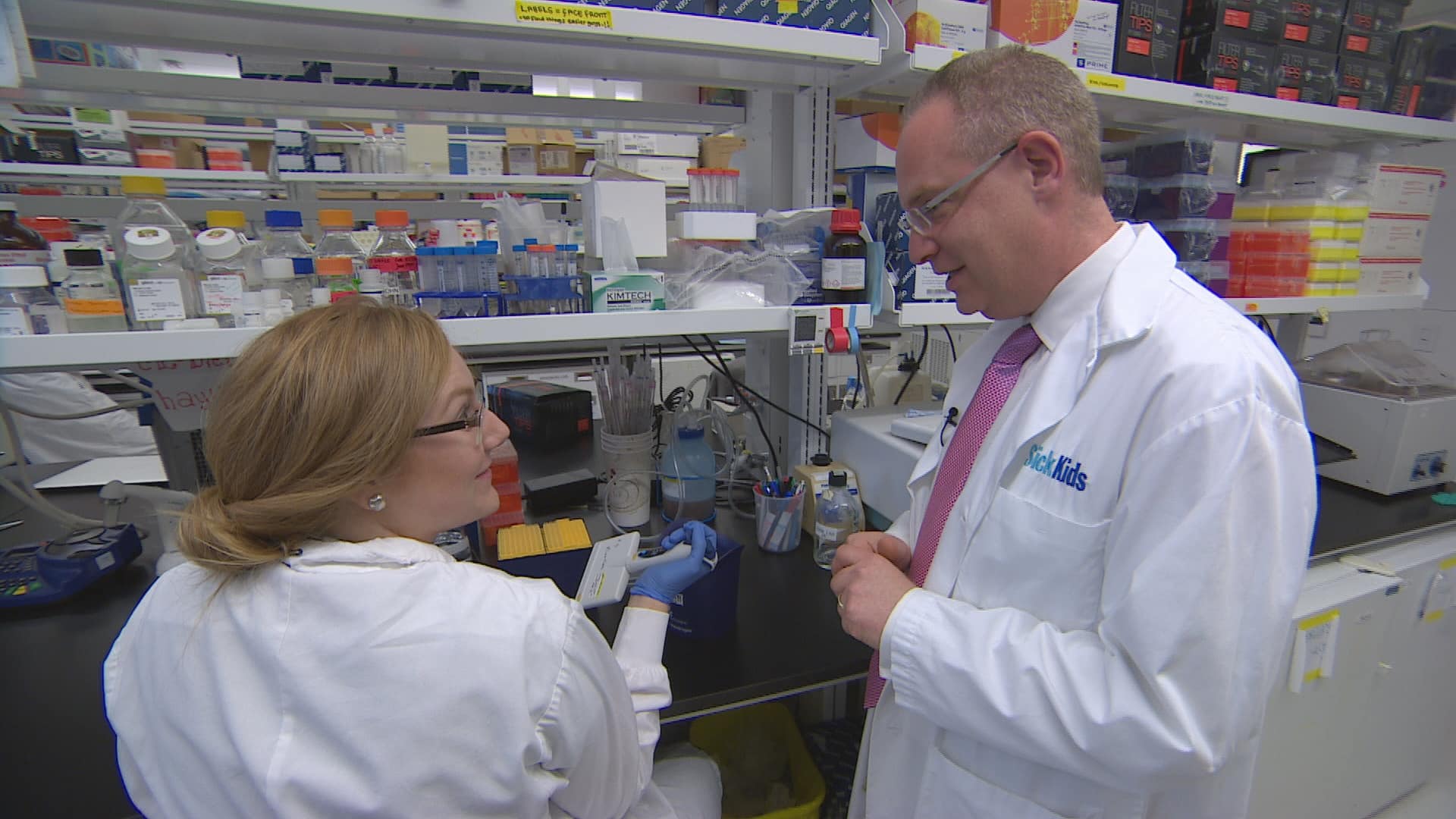 5 years agoVideo
11:42
Researchers are experimenting with CRISPR, a powerful tool that can alter the DNA of humans. The implications have scientists excited, but nervous. 11:42

When the scientists are worried, the rest of us should pay attention. And at this moment, they are worried.

That's because researchers all over the world have started experimenting with a powerful new tool that can alter the DNA of every organism on the planet, including humans, with unprecedented ease and precision.

Build a malaria-resistant mosquito? Check. That work was published last Monday. Design a mechanism to drive that gene change quickly through the entire species? Check. It was reported in a fruit fly study last spring.

Compile a list of the essential genes that drive human cancer? Check. That was released last Wednesday.

Attempt to eradicate a deadly human gene mutation from all future generations? Check. Chinese researchers published that experiment in April.

We have arrived at a scientific precipice. It's a moment so critical that an international summit has been called, to bring scientists together to decide how close to the edge they dare to go.

Tomorrow, the first International Summit on Human Gene Editing will hold its opening session. The summit is being jointly hosted by the U.S. National Academies of Science and Medicine, the Chinese Academy of Sciences and the U.K.'s Royal Society.

For three days, experts will meet in Washington, D.C., to grapple with the scientific, ethical and regulatory issues associated with a powerful new gene-editing tool that humans have recently borrowed from the bacterial kingdom.

The technology is called CRISPR-Cas9 (clustered regularly interspaced short palindromic repeat). It was discovered in a eureka moment about three years ago, when scientists realized that a DNA cutting and pasting system that bacteria use to protect themselves against viruses could be commandeered to edit human genes.

Almost overnight, the CRISPR system allowed anyone with basic molecular biology training to edit the genome of any species with a pinpoint precision not possible before. Older gene-editing tools are cumbersome, inaccurate and inefficient by comparison.

Suddenly, experiments that used to be difficult, even impossible, were now achievable. As well, CRISPR is inexpensive and available to any researcher who wants to use it.

The buzz about CRISPR quickly spread through scientific conferences, and its implications soon became clear. For the first time, CRISPR made it theoretically possible to accurately and efficiently edit the human germ line, allowing scientists to genetically engineer human reproductive cells, making genetic adjustments that could be passed down to future generations.

This kind of research is banned in many Western countries. But by last spring there were rumours that someone somewhere was using it to edit human embryos.

By April, the world learned the rumours were true, when a team of Chinese scientists published the results of their attempts to genetically alter a gene in human embryos that can cause a deadly blood disorder.

The experiment failed, and they used non-viable embryos to help ease some of the ethical concerns, but the research added new urgency to this week's summit.

The questions they will be asking in Washington are profound. Now that scientists know how to eradicate malaria-bearing mosquitoes, should they do it? What about the risk of unintended environmental consequences? And what controls can be placed on the so-called "gene drive" technology, which has the potential to wipe out an entire species?

As more and more scientists incorporate the system into their research, they are inventing novel ways to use CRISPR. Already, one group engineered a virus with a CRISPR mechanism to generate human cancer tumours in a mouse lung.

The scientists took safety precautions, and they created a useful research model, but the potential to make a mistake that could result in a human health risk was pointed out by other researchers.

At the same time, CRISPR's potential to advance science and medicine is thrilling.

Scientists are imagining the possibilities of moving beyond the mouse model, and getting closer to humans by making primate models of human disease. They're developing projects to use CRISPR to speed up the development of gene therapies to fix dangerous gene mutations.

Scientists in other fields are considering how CRISPR could be used to modify food crops in new ways and to genetically engineer species to adapt to climate change.

As with all scientific developments, there are limitations, and CRISPR does make mistakes.

But scientists have already proven that they have the foresight to manage risk.

In 1973, when researchers first began moving genes between species, it was the scientists themselves who warned about the possibility of engineering dangerous viruses that could spread cancer or other diseases.

Back then, they met at a historic conference at Asilomar, Calif., and collectively established safety protocols to allow research in recombinant DNA to continue safely.

Some of the same scientists are part of this second call for a scientific "time out" to consider the implications of this transformative technology.

And it is significant that it is an international effort, with scientists from all over the world agreeing that it is time to decide, collectively, how to wield this intimidating new power.