Pharmacies across the country are now filling prescriptions monthly instead of once every three months, leaving some patients to pay three times the usual amount in dispensing fees.

Pharmacies now filling prescriptions monthly, instead of once every 3 months, as COVID-19 sparks supply fears

It's a change that's meant to keep prescription drug hoarding and shortages at bay, but critics say it's increasing the cost of medication for those who can least afford it.

Pharmacies across the country are now filling prescriptions monthly, instead of once every three months; but they're still charging the same dispensing fees per prescription — leaving patients to pay the fees three times as often.

Dispensing fees can range from about $4 to $15 per prescription, depending on the pharmacy and what province a patient lives in.

"Seniors can have 10, maybe 15 prescriptions that they need to get filled at a time. It adds up terribly," said Kathleen Finlay from the Center for Patient Protection, who fears seniors will start cutting pills in half or stop filling prescriptions all together.

She said the extra trips to the pharmacy also increase concerns about exposure to COVID-19, especially among vulnerable seniors.

"At a time where we're reminded that seniors need to stay at home for their own protection," she said.

The Canadian Pharmacists Association recommended the prescription change that's now being implemented in pharmacies across the country.

It recommended the shift in order to protect the country's medical supply chains and to stop possible shortages from happening as the coronavirus pandemic strains the health-care system, Barry Power, a spokesperson for the association, said.

While there are no known drug shortages as a result of COVID-19, demand for prescription drugs was up 30 per cent in early March, he said.

"Canada already has a fragile supply chain, so we could have decided to do nothing and let the shortages happen or make the very difficult decision to recommend rationing."

Giroux is on three types of blood pressure and cholesterol medication. In addition to the $100 annual deductible he pays to be part of a provincial drug program, he will now have to pay about $25 in dispensing fees per month instead of every three months.

"For people who are on fixed income, it's taking the money they need to buy milk and bread and food," he said.

Kym Harris lives in the small community of Pender Harbour, B.C., where there is only one pharmacy.

Her job as a co-ordinator for a local health centre puts her into contact with many seniors in the community, which has one of the highest dispensing fees in the country at $13.99 per prescription, she said.

Harris says pharmacists already had the authority to limit how often prescriptions are renewed if needed and should do so on a case-by-case basis given that there are no widespread shortages as yet.

"It doesn't make sense to me. They are blanketing this recommendation on every patient ... In my case, it would have been $78 extra," she said, referring to her own prescriptions.

Dispensing fees cover a variety of expenses for pharmacists, including the time it takes to verify prescriptions, talk to patients and track inventory and patient records.

Power said waiving the fee isn't an option because pharmacists are facing increasing costs as an essential service during the pandemic — like having to install plexiglass barriers since they don't have access to protective equipment and increasing pay for employees who fear coming to work because of COVID-19.

The association knew the change would cause the problems some patients are now facing, Power said, and that's why the group reached out to provincial governments and private health care companies ahead of time asking them to take steps to minimize the financial impact on patients.

The country's most populated province, Ontario has taken no action yet, according to the Ontario Pharmacists Association.

The association supports filling prescriptions monthly, instead of once every three months, and it's in talks with the province to help patients hurt by the move.

"The government should step to cover the co-payments on the second and third dispense, and they should act immediately to provide that relief," said chief executive officer Justin Bates.

Ontario's Health Ministry says it's aware of the concerns and is, "evaluating all opportunities to support Ontarians during this difficult time."

Saskatchewan and Nova Scotia say most of their prescriptions last for less than 30 days so they don't anticipate much of an impact from the change.

Alberta, New Brunswick and Prince Edward Island have taken steps to either waive the fee or have it subsidized.

Newfoundland just announced it's looking for ways to give seniors a break on these fees.

Power said the Canadian Pharmacists Association is also talking to provinces and the federal government about a consistent, safe and reliable drug delivery system.

"The government needs to step up and make this right for vulnerable seniors who are affected — it needs to be a co-ordinated response."

Some pharmacies are making exceptions.

Gary Raich from Toronto says he took his case to his local pharmacist and the Canadian Pharmacists Association and can now get three months' worth of medication.

"People shouldn't have to go to the pharmacies and argue with the pharmacists and fight for 90 days," the 65-year-old said. 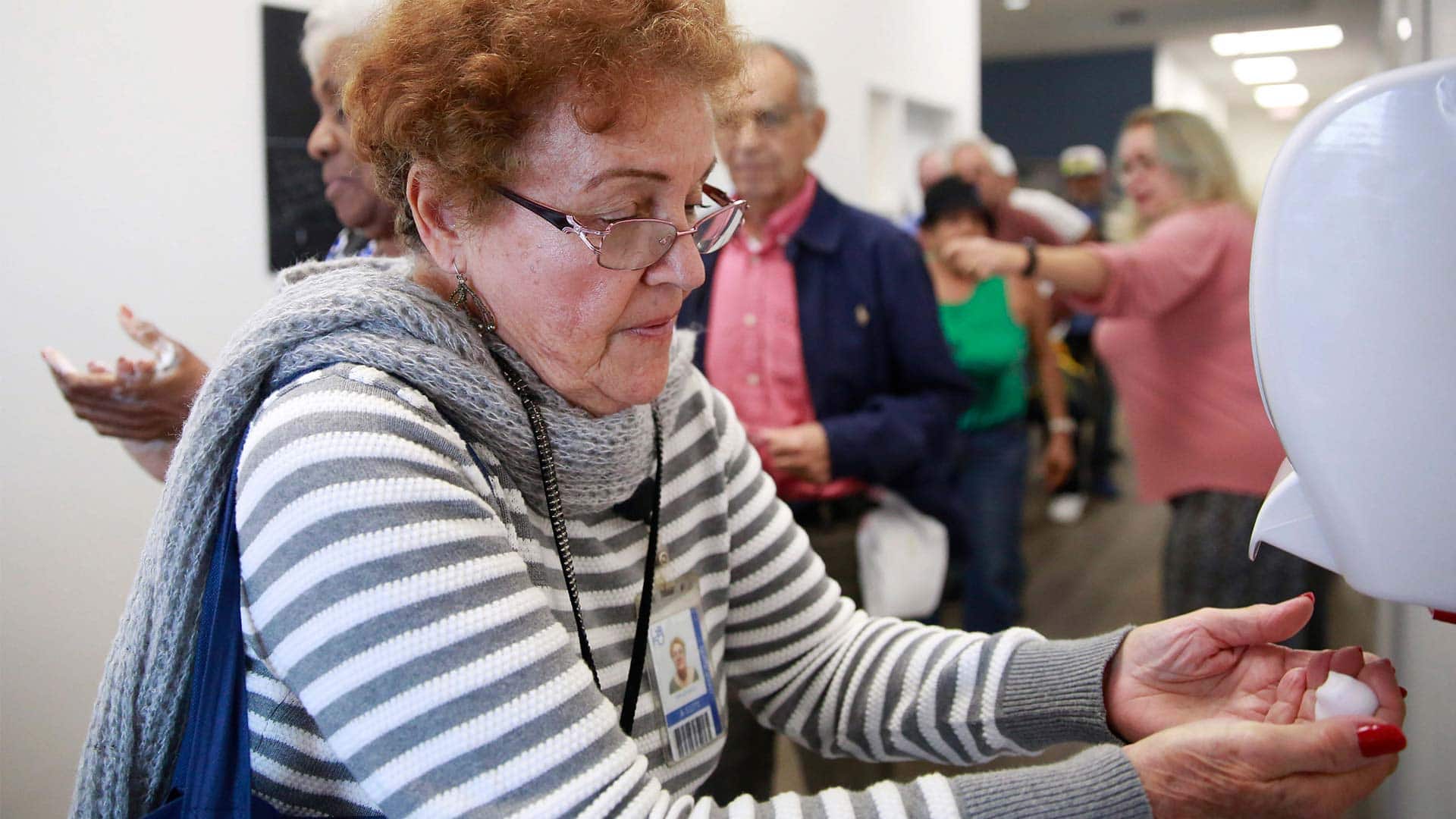 12 months ago
9:03
Infectious disease experts and a doctor specializing in the elderly answer your questions about the COVID-19 pandemic. 9:03

CBC News has heard from a few patients who said their pharmacists made exceptions and filled the 90-day prescription; others said they shopped around for a pharmacy that would.

The Canadian Pharmacists Association is encouraging people to talk to their pharmacists about their particular needs.

With files from Gwen Gray