Stress, anxiety a heavy burden for people who can't work from home or properly isolate

Some pockets of Canadian society are being hit harder by COVID-19 than others, and there's increasing pressure on people like front line workers and homeless people who aren't able to isolate themselves from the community. 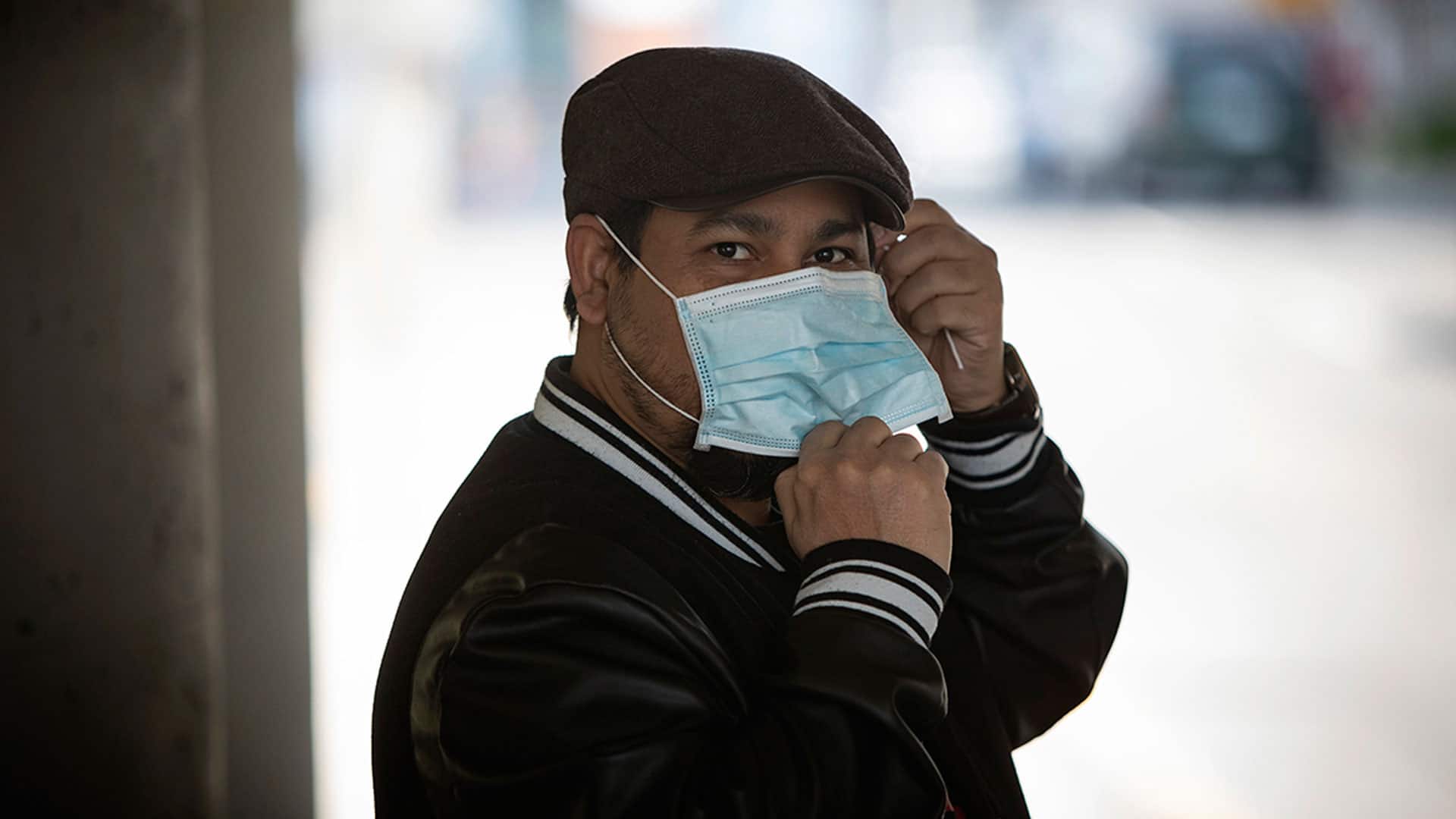 10 months ago
2:41
Front-line workers, including grocery store workers, transit and taxi drivers, are a group that has been hit hard by the COVID-19 pandemic along with the homeless population. 2:41

Almost two months into social distancing and working from home, the verdict seems to be in — for most of us, the measures have worked and the surge medical workers feared would overwhelm our hospitals hasn't materialized. So why are we still seeing a steady stream of new COVID-19 cases?

"I think we did a really good job with social distancing and getting the message out and getting people washing their hands," said Erin O'Connor, deputy medical director of regional emergency departments at the the University Health Network in Toronto, which includes several of the city's major hospitals.

"But I keep saying the surge hasn't happened yet, we are not out of the woods."

Some pockets of Canadian society have been harder hit than most, and many of the positive COVID-19 cases hospitals are seeing are the people who have not been able to work from home or isolate — such as transit drivers, grocery workers, taxi drivers and the homeless population.

In Toronto, for example, public health says about 40 per cent of new cases are connected to infections in the community or the workplace, which are then spread back to households.

O'Connor says the demographics of the patients now bearing the brunt of COVID-19 aren't surprising, despite the precautions being taken by many employers to keep front-line workers safe.

"I think the thing is, it's really tough when you are going to work every day to spend eight and 12 hours making sure that you are being meticulous with hand-washing and not touching your face. It's actually hard," she said

Sarif Ali knows exactly what that's like. A bus driver with Toronto's transit system for 10 years, he is currently off recovering from COVID-19 after two stays in hospital.

"It was very mild for the first few days," Ali said. "And there were a few days where I pretty much couldn't move at all. I felt like my body gave up on me. I didn't know what was happening."

The Toronto Transit Commission has reported nearly 40 positive cases among its front-line workers.

Since Ali tested positive on March 25, the TTC has installed additional safety equipment on its vehicles, including barriers around drivers, and taken precautions such as asking customers to board buses and streetcars from rear doors to minimize contact with drivers, roping off seats on vehicles, and adding more routes to keep crowding down.

Although Ali can't be sure he caught the virus at work, when he thinks of returning after his time off sick, it weighs on him despite the TTC's safety measures.

"I think it will always be in the back of my mind, this experience, and I have been shaken a lot," he said.

Another hard-hit sector is grocery workers, designated as essential businesses from the beginning of the COVID-19 outbreak. While the numbers of those infected have not been centrally tracked, most stores have self-reported positive cases and the figures posted on their websites total in the hundreds.

Longo's, which operates 37 stores in Ontario, has reported cases of infected staff to its customers since the beginning of the outbreak, even though the transparency has cost the company business.

"It's the right thing to do — it's not about business, it's about people's lives," said CEO Anthony Longo.

Longo's disclosed that 19 employees had tested positive for the virus in its stores as of early May, with the hardest-hit location being in Woodbridge, Ont., with 11 cases. That location closed for a deep clean for two weeks and recently reopened to much more stringent protocols.

"We're actually asking you questions related to travel before you enter our stores, and then we're taking your temperature, too, in our hot-zone stores," he said.

In addition, Longo's made masks mandatory for customers at all its stores last week, and has committed to pay employees when they stay home sick to ensure they self-isolate for the required time period.

Loblaw has reported that 134 of its staff have been infected across the country as of early May, and Sobeys and Metro are also self-reporting significant numbers among their staff.

Helen Stathopoulos works at two different grocery stores operated by the same chain, and says she feels the stress of being on the front lines when she goes to work every day. She said the reality of her situation hits her when she gets home at night.

While COVID-19 has saddled her with a lot of extra job stress, Stathopoulos is still much luckier than some. She has remained healthy throughout the pandemic outbreak, and she has a home to return to after her gruelling shifts.

For thousands of Canadians who make up the homeless population, there's no safe refuge at the end of the day.

The federal government earmarked $157 million for Canada's homeless population several weeks ago to help specifically with COVID-19, opening up more shelter beds, recovery centres for those infected, and even freeing up hotel rooms for added shelter, but advocates argue much more is needed.

Ve'ahavta is an outreach group that delivers food and supplies to Toronto's homeless population. Since COVID-19 appeared, the number of people they serve on the streets has nearly tripled, because many don't want to go to shelters.

"It's really difficult to stay safe from a virus that's spread through public places, if you have no choice but to exist in the public space at all times," said outreach worker Kelly Bouchard.

"So, that's a huge part of it for people, especially out on the street. And then in shelters, they're packed together, so to try to maintain social distancing is a super challenge."

Bouchard and his colleagues say they've noticed many more people sleeping on the streets, fearing that staying in shelters could pose a greater threat of catching COVID-19 because of the close quarters.

Cities can only track infection numbers among homeless people who use shelters, and in Toronto alone, there have been 237 COVID-19 cases  as of early May in city-run shelters.

Although there's no exact count of how many homeless people are infected, those working in the community say they know their clients are at heightened risk of infection simply because they have no supplies to sanitize with and no means of properly social distancing.

With places like public libraries and community drop-ins closed, Bouchard says it's a challenge to find a place to just wash their hands.

This week, provinces are moving towards the first phases of reopening after initial hints that the curve is flattening, but experts agree that vigilance is still required.

"We need to be aware that there are still new cases happening, people are still getting sick from this virus. What we're doing is working, but it's not time to end [our precautions]," said O'Connor.

WATCH | How to cope with the mental stress of COVID-19: 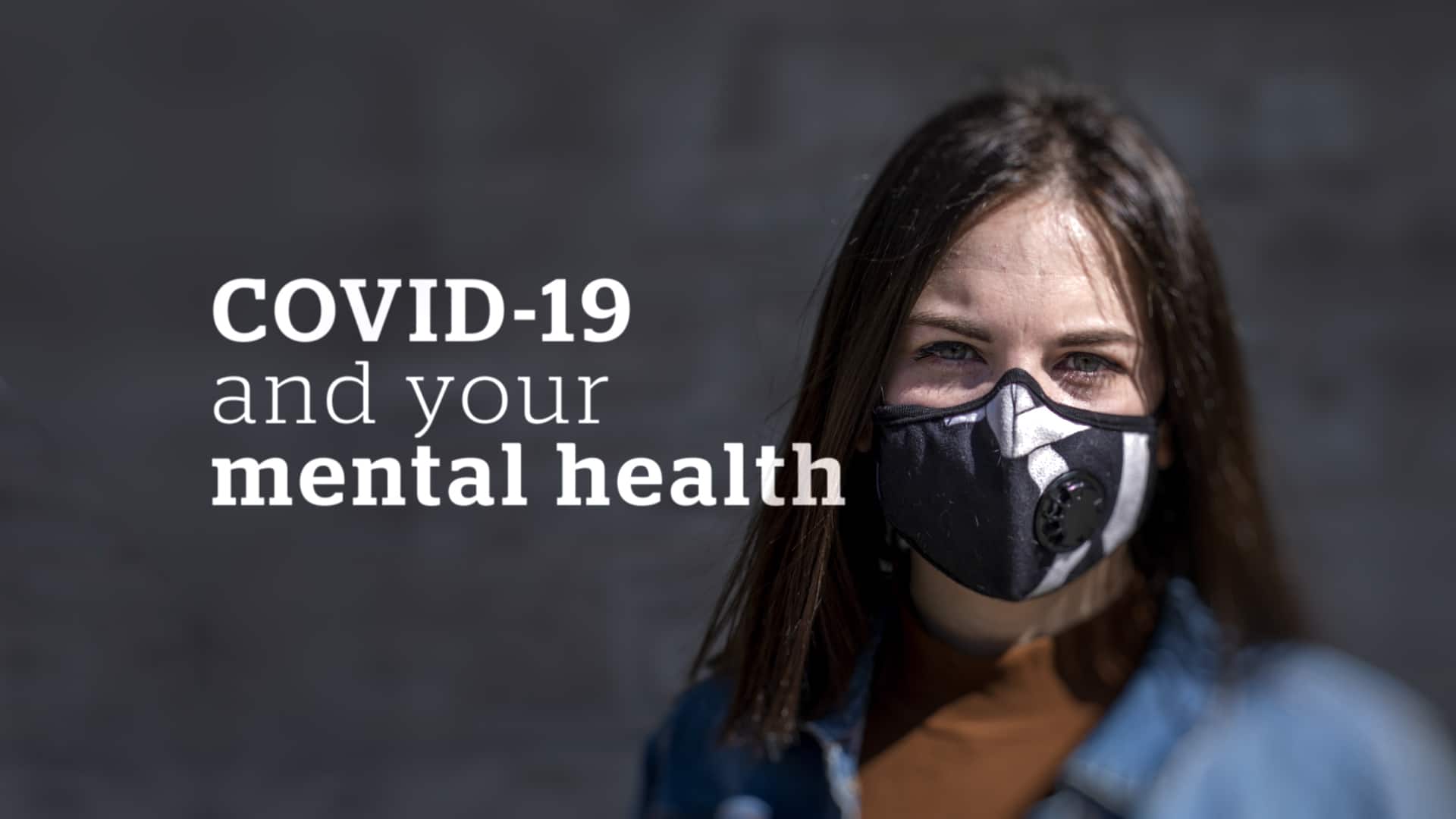 The mental impact of COVID-19 and how to cope

10 months ago
5:18
Feeling overwhelmed, anxious or stressed by the coronavirus pandemic? Here are some things to consider and guidelines for how to cope. 5:18

Meanwhile, for those like Sarif Ali who have already experienced the infection, day-to-day life has become much harder. He has recovered from COVID-19 after battling its symptoms twice. He's preparing to go back to work now, but says the impact of his ordeal will be lasting.

"I think the trauma is more because it's the unknown, you don't know what's going to happen to you and it's a concern you go through every day," he said.