Coronavirus can persist on surfaces for days, new study says

The highly-contagious novel coronavirus can remain viable and infectious in a fine, airborne mist for hours and on surfaces up to days, according to a new study that should offer guidance to help people avoid contracting the respiratory illness called COVID-19.

The highly-contagious novel coronavirus that has exploded into a global pandemic can remain viable and infectious in an aerosol (a fine airborne mist) for hours and on surfaces up to days, according to a new study that should offer guidance to help people avoid contracting the COVID-19 illness.

Scientists from the National Institute of Allergy and Infectious Diseases (NIAID), part of the U.S. National Institutes of Health, attempted to mimic the virus deposited from an infected person onto everyday surfaces in a household or hospital setting, such as through coughing or touching objects.

They also used a device to dispense an aerosol of microscopic droplets, although one of the authors noted on Twitter that at this point, there is no evidence that patients produce aerosols.

Most droplets created in a cough or sneeze are larger and quickly fall to the ground within two metres of the sneeze or cough.

Those are very good questions but I do not have answers right now. Basic aerosol movement would be very interesting. However, at this point there is no evidence that patients produce aerosols, so I’m not sure how relevant it would be for COVID19.

The scientists investigated how long the virus remained infectious on surfaces, according to the study that appeared online in the New England Journal of Medicine on Tuesday — a day in which U.S. COVID-19 cases surged past 5,200 and deaths approached 100.

The tests show that when the virus is carried by aerosols, it remains viable, or able to still infect people, for at least three hours.

On plastic and stainless steel, viable virus could be detected up to three days later. On cardboard, the virus was not viable after 24 hours. On copper, it took four hours for the virus to become inactivated.

WATCH | Coronavirus — How does it spread? 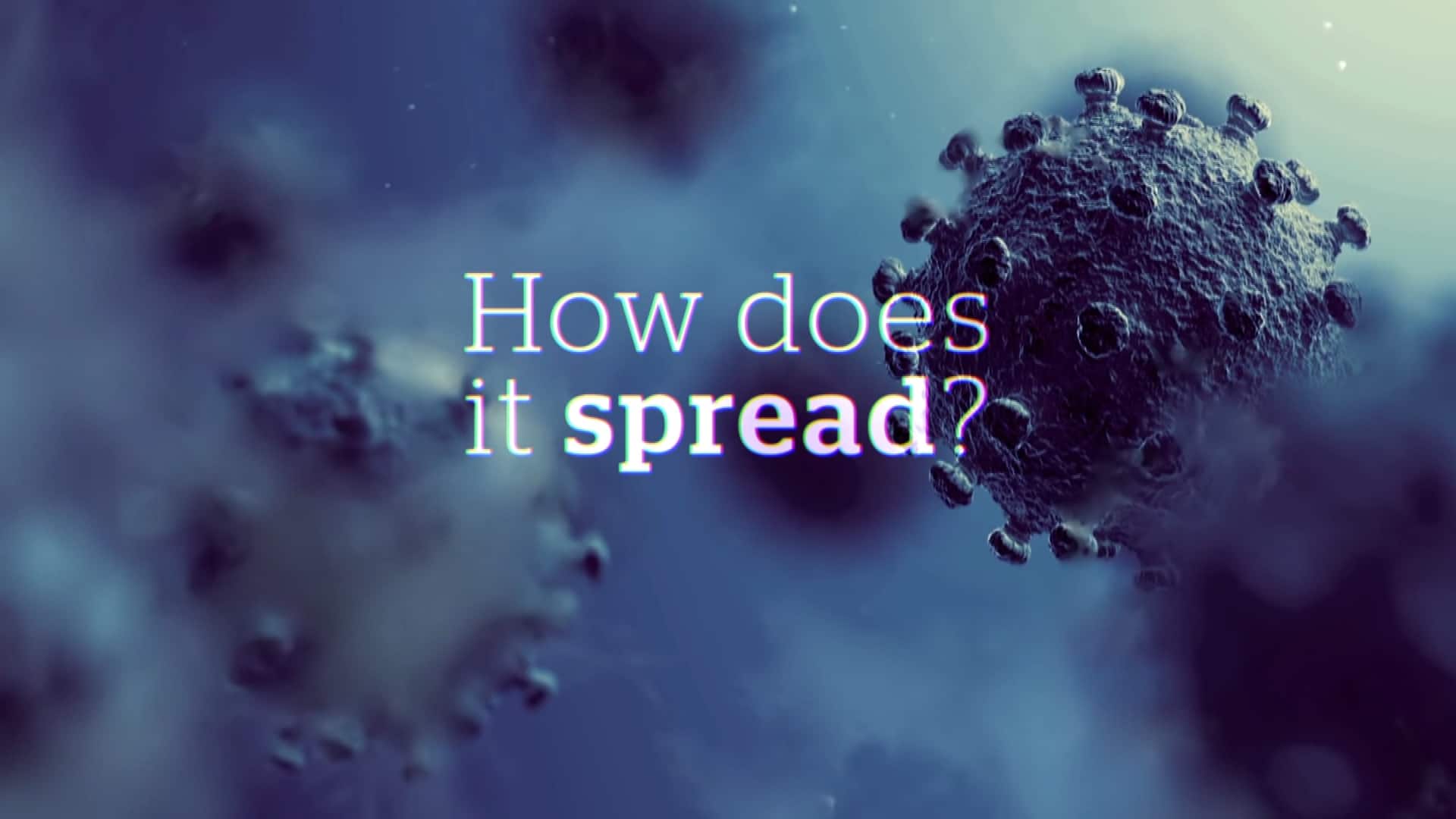 Coronavirus: How does it spread?

12 months ago
0:48
You play a role in how effectively the virus moves from person to person, says family physician Dr. Peter Lin. 0:48

In terms of half-life, the research team found that it takes about 66 minutes for half the virus particles to lose function if they are in an aerosol droplet.

That means that after another hour and six minutes (two hours and 12 minutes in total), three-quarters of the virus particles will be essentially inactivated but 25 per cent will still be viable.

The amount of viable virus at the end of the third hour will be down to 12.5 per cent, according to the research led by Neeltje van Doremalen of NIAID's Montana facility at Rocky Mountain Laboratories.

On stainless steel, it takes five hours 38 minutes for half of the virus particles to become inactive. On plastic, the half-life is six hours 49 minutes, researchers found.

On cardboard, the half-life was about 3.5 hours, but the researchers said there was a lot of variability in those results "so we advise caution" interpreting that number.

The shortest half-life was on copper, where half the virus became inactivated within 46 minutes.