Human-to-human transmission has been confirmed in an outbreak of a new coronavirus, the head of a Chinese government expert team says, as the total number of cases more than triples and the virus spreads to other cities in China.

Some medical workers diagnosed with pneumonia amid outbreak

Human-to-human transmission has been confirmed in an outbreak of a new coronavirus, the head of a Chinese government expert team said Monday, as the total number of cases more than tripled and the virus spread to other cities in China.

Human-to-human transmission — spread from close contact, some such as among family members — could make the virus spread more quickly and widely, if it spreads easily. The outbreak is believed to have started from people who picked it up at a seafood market in the city of Wuhan in central China.

Zhong said the two people in Guangdong had not been to Wuhan but family members had returned from the city, the China Daily said.

The virus belongs in the same family of coronaviruses as Severe Acute Respiratory Syndrome (SARS), which killed nearly 800 people globally during a 2002-03 outbreak that started in Guangdong, China. In Canada, 44 people died, many of them health-care workers.

Symptoms include fever and difficulty in breathing, which are similar to many other respiratory diseases and pose complications for identifying cases.

The official Chinese Xinhua News Agency reported that as of 6 p.m. local time on Jan. 20, a total of 224 cases of the new coronavirus infection were reported in China, including 217 confirmed cases:

There are also seven suspected cases: two in Sichuan, one in Yunnan Province, two in Shanghai, one in Guangxi Zhuang Autonomous Region, and one in Shandong Province.

In a statement posted on its official Weibo social media account, the Wuhan Municipal Health Commission said 15 medical workers in the city had been diagnosed, with pneumonia with one other suspected case. Of the infected staff, one was in critical condition, it added.

If health-care workers were not exposed at the seafood market but from an encounter with a patient then that's a signal, said Dr. Theresa Tam, Canada's chief public health officer.

It emphasizes the importance of standard infection prevention and control precautions, Tam said.

"It is important to take this seriously, and be vigilant and be prepared. But I don't think there's reason for us to panic or be overly concerned," Tam said.

The committee will meet on Wednesday in Geneva to determine whether the outbreak constitutes a public health emergency of international concern, and what recommendations should be made to manage it.

WHO has not recommended trade or travel restrictions.

Dr. Isaac Bogoch, an infectious disease physician at Toronto General Hospital, said Monday the key questions about the virus include:

"This may be more widespread in China than it was earlier believed," Bogoch said.

Tam, Canada's chief public health officer, told reporters that there are no reported cases of this new coronavirus in Canada and the agency is not aware of any cases involving Canadians overseas.

There were three travellers from Wuhan who were investigated and ruled out in the last week, Tam said. She would not say where in Canada they were screened.

Zhong said the two people in Guangdong had not been to Wuhan but fell ill after family members had returned from the city, the China Daily said.

The outbreak has put other countries on alert as millions of Chinese travel for Lunar New Year.

Authorities in Thailand and in Japan have already identified at least three cases, all involving recent travel from China. 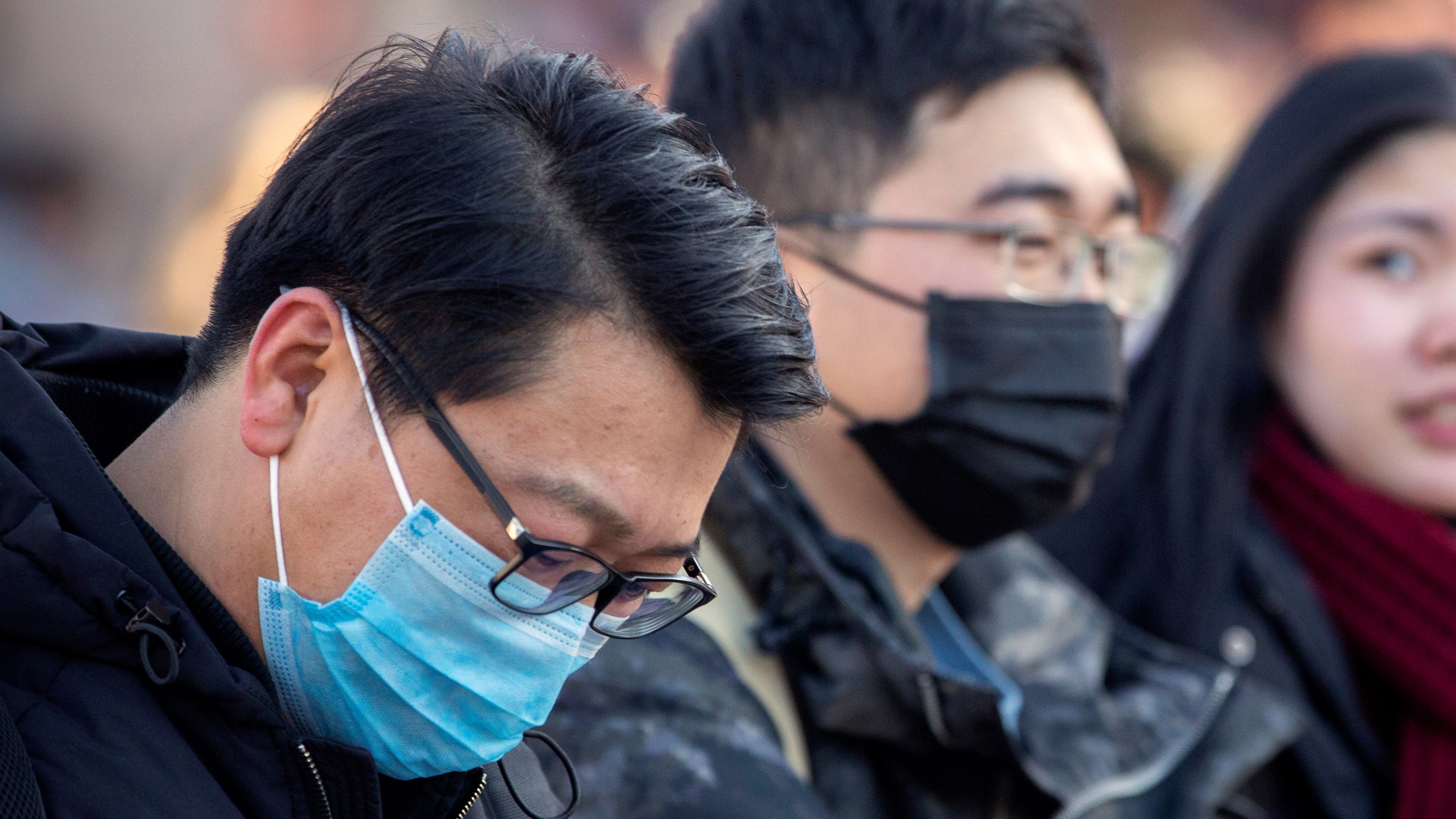 China says it will keep world safe from coronavirus

9 months ago
0:38
China says it is acting responsibly and openly to safeguard the world from the new coronavirus 0:38

South Korea reported its first case Monday, when a 35-year-old Chinese woman from Wuhan tested positive for the new coronavirus one day after arriving at Seoul's Incheon airport. The woman has been isolated at a state-run hospital in Incheon city, just west of Seoul, the Korea Centers for Disease Control and Prevention said in a statement.

At least a half-dozen countries in Asia and three U.S. airports have started screening incoming airline passengers from central China.

Bogoch said informing travellers to Canada is important so if anyone coming from China comes down with a respiratory illness knows where to go and what to do to seek care.

Chinese authorities published the genetic sequence of the virus. At Canada's National Microbiology Laboratory, scientists have developed a test for the virus, Tam said.

What are public health officials saying in Canada?